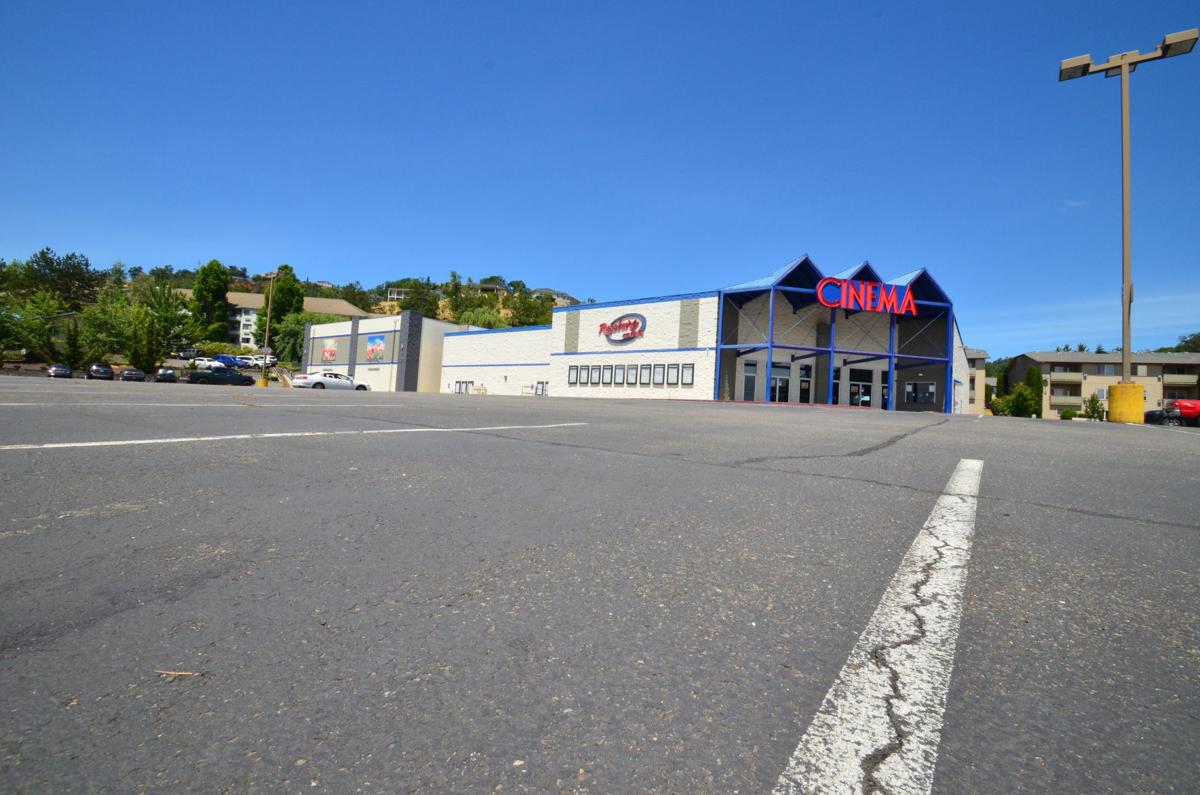 Roseburg Cinemas, one of many local businesses affected by COVID-19 closures, will reopen Friday. 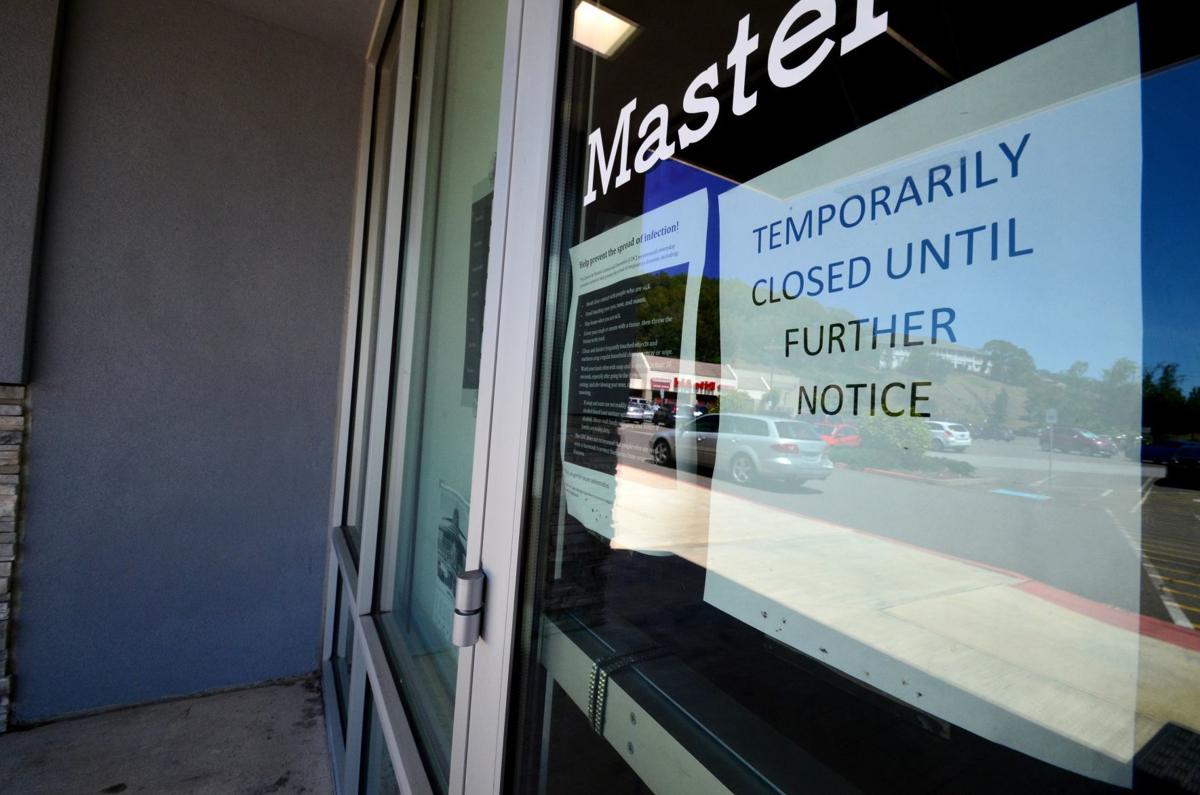 A sign in front of MasterCuts in the Roseburg Marketplace tells potential customers the store is closed until further notice. The store is one of many in the shopping center shuttered due to the coronavirus pandemic, although some of the businesses are reopening in phase I. 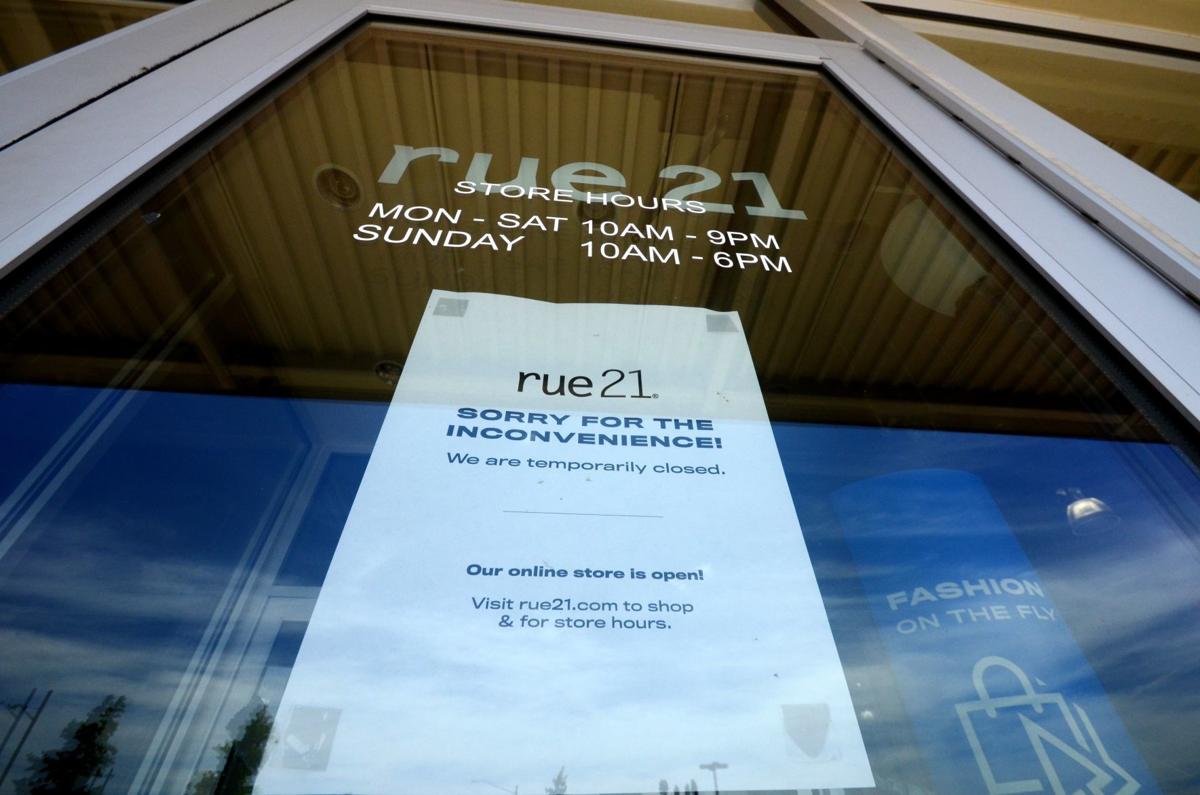 A sign in front of rue 21 in the Roseburg Shopping Center tells customers the store is closed on Wednesday.

Roseburg Cinemas, one of many local businesses affected by COVID-19 closures, will reopen Friday.

A sign in front of MasterCuts in the Roseburg Marketplace tells potential customers the store is closed until further notice. The store is one of many in the shopping center shuttered due to the coronavirus pandemic, although some of the businesses are reopening in phase I.

A sign in front of rue 21 in the Roseburg Shopping Center tells customers the store is closed on Wednesday.

More than 4,300 Douglas County workers lost their jobs in April, most connected to restrictions and closures mandated by the state to combat COVID-19, according to data released Wednesday by the Oregon Employment Department.

The number of unemployed was so high that the Employment Department said it was unable to produce seasonally adjusted data, which it typically does every month. Instead, the agency released data for unemployment rates that are not seasonally adjusted.

Robert Petchell is the manager of Worksource Douglas, the local branch of the state employment office. He said most of the people contacting his office for help are temporarily unemployed, and hope to get their jobs back when their former employers reopen.

The vast majority of people contacting the office are seeking help in filing for unemployment insurance, Petchell said.

“We are seeing some looking for work, but it is less than before,” he said. “Many are still attached to their employers and expect to go back to work when they can.”

All of the Worksource Oregon branches have been closed since early April to walk-in clients, due to COVID-19 measures, and are providing services by phone, email and Skype, according the organization’s website. Worksource Douglas is in the process of hiring a temporary employee to help handle the high volume of calls and emails coming into the office, Petchell said.

The office is taking hundreds of calls a day and “the mood of the customer is by far thankful and appreciative that we can help,” he said.

The majority of the people seeking help work in the hospitality industry, including a large number who worked for Seven Feathers Casino Resort before being laid off in March when the casino closed, Petchell said.

“I would say it is mostly workers from restaurants and drinking establishments, as well as hotels and other services such as hair salons, tattoo parlors, etc.” he said.

The data from the Oregon Employment Department bear that out.

Of the 4,310 jobs that Douglas County’s payroll employers shed in April —representing an 11.2% decline, compared with a loss of 13% statewide — the largest private-sector losses were in leisure and hospitality, with 1,170 jobs lost. Next came government, with 890 jobs lost; and other services, which saw a loss of 550 jobs.

Other sectors with large losses included professional and business services, with 290 jobs lost; retail trade, with 260 jobs lost; and manufacturing, with 230 jobs lost.

Not a single employment sector in the county gained jobs in April.

Lisa Woods, the director of the Umpqua Community College Small Business Development Center, sees the flip side of the coin. Her agency works with small business owners in the county, providing training and guidance to help them deal with the various challenges they face.

Employers are trying to navigate largely unchartered territory as they try to keep their businesses afloat, she said.

Brian Rooney, a regional economist for the Employment Department, said as dire as the Douglas County unemployment numbers are, they could have been worse.

Statewide, the unemployment rate rose from a near-record low of 3.5% in March to 14.8%, a record high, in April, as COVID-19 business closures shut down a large portion of the economy. That is the highest rate and the largest month-to-month increase since the Employment Department began keeping such data in 1976.

The national unemployment rate for April was 14.4%.

A statewide forecast produced by the Oregon Office of Economic Analysis shows “a strong but incomplete rebound” in the second half of this year, as COVID-19 related restrictions are lifted. The rebound then slows, so that all the jobs lost are not regained until the second half of 2024, according to the analysis.