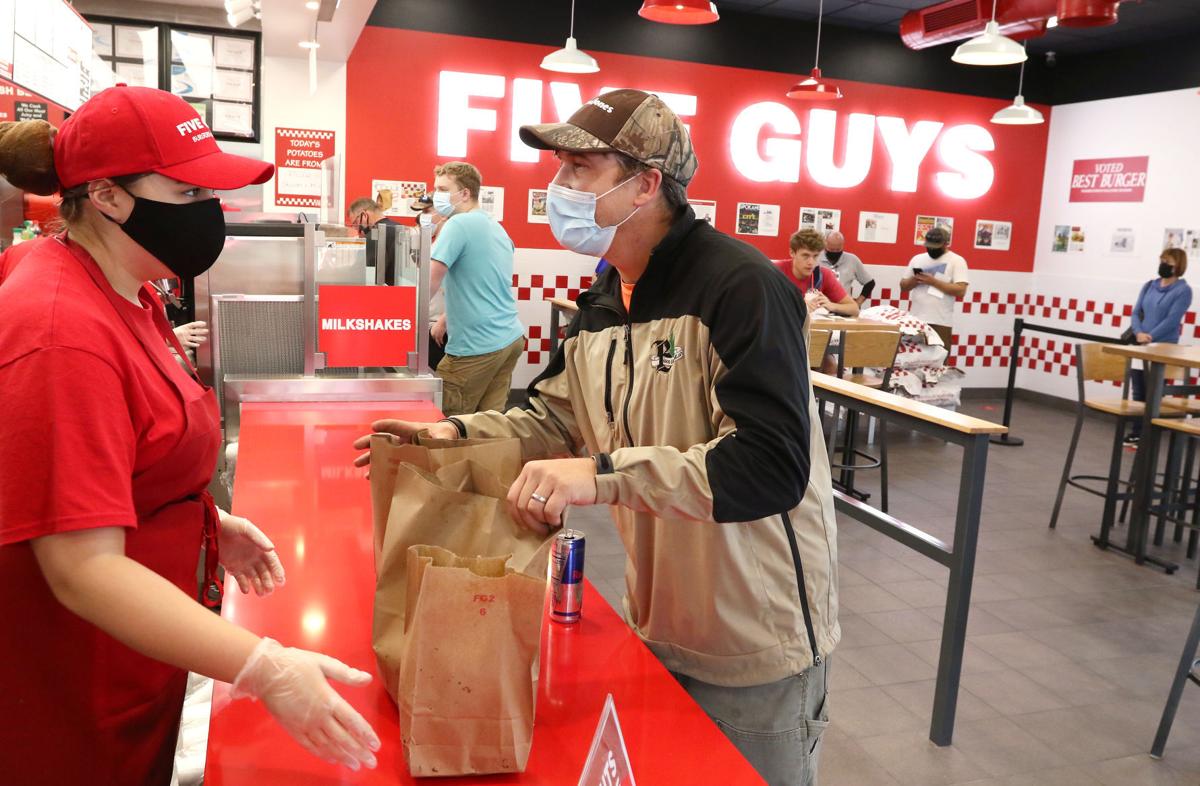 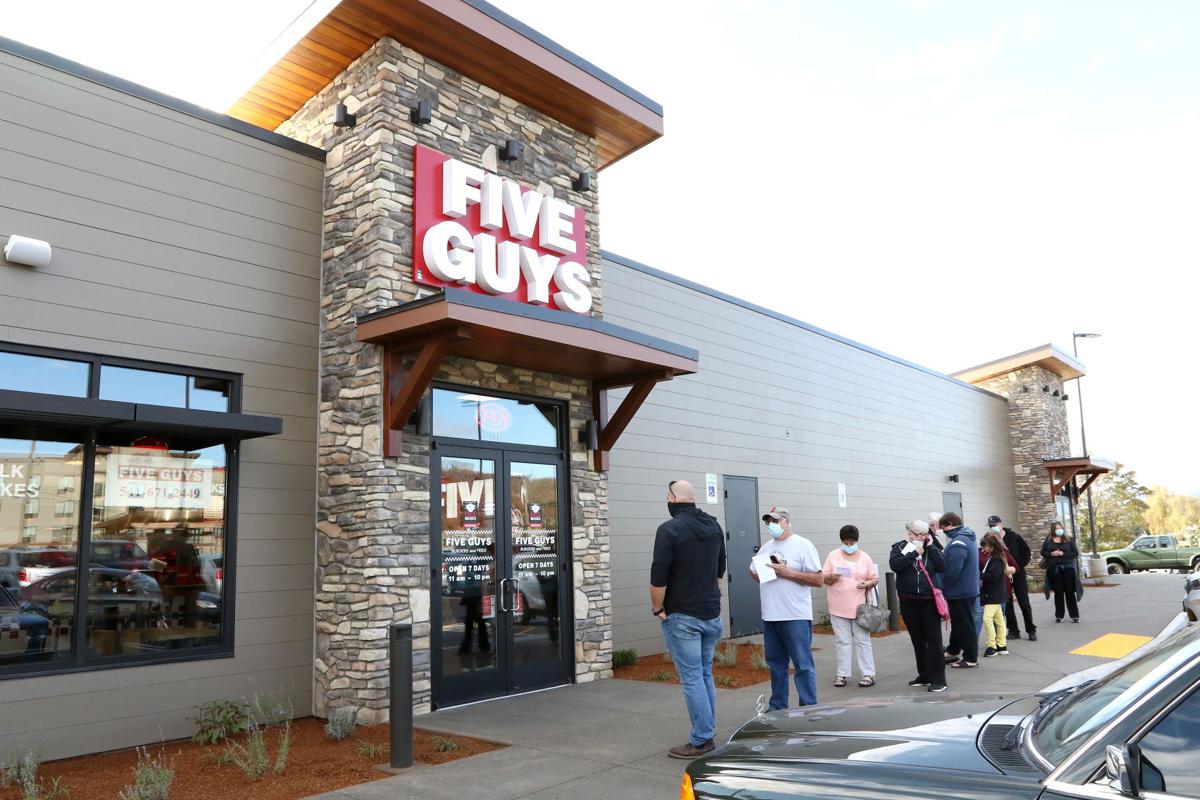 Customers line up outside Five Guys restaurant in Roseburg. 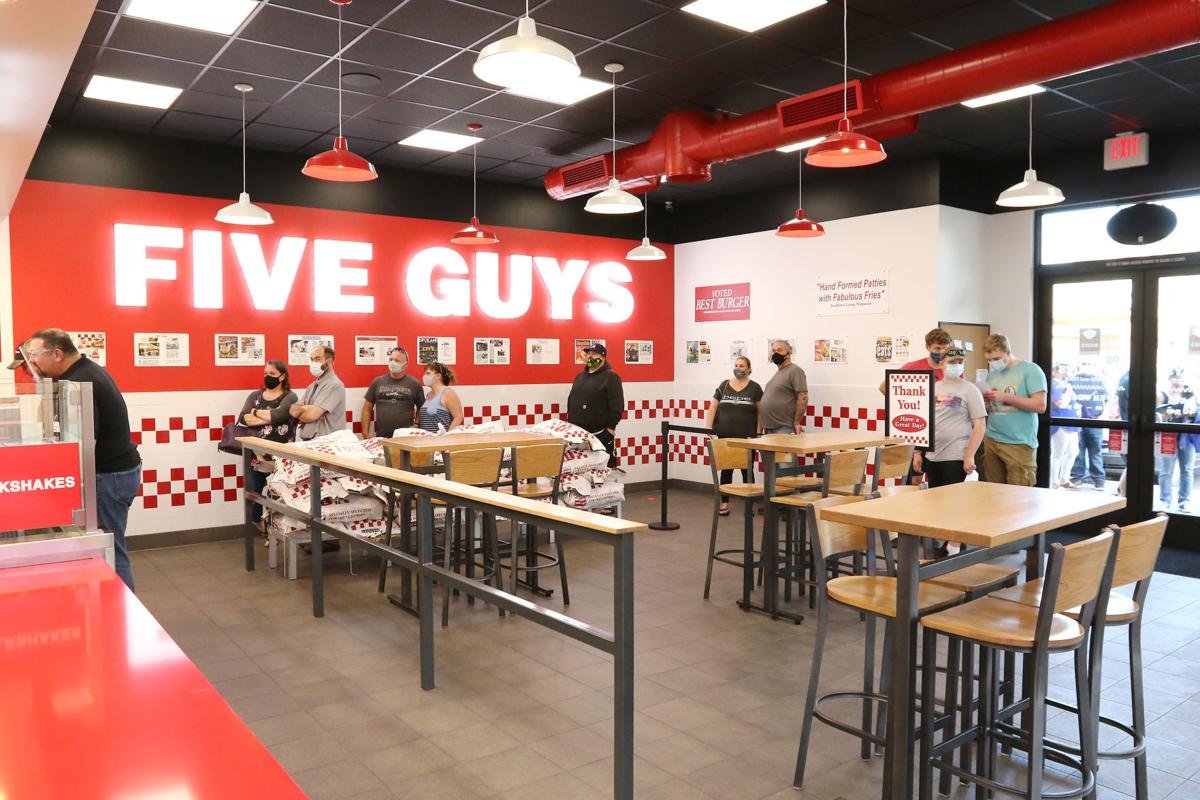 A line of customers waiting to order food from Five Guys extends outside the building on Wednesday. 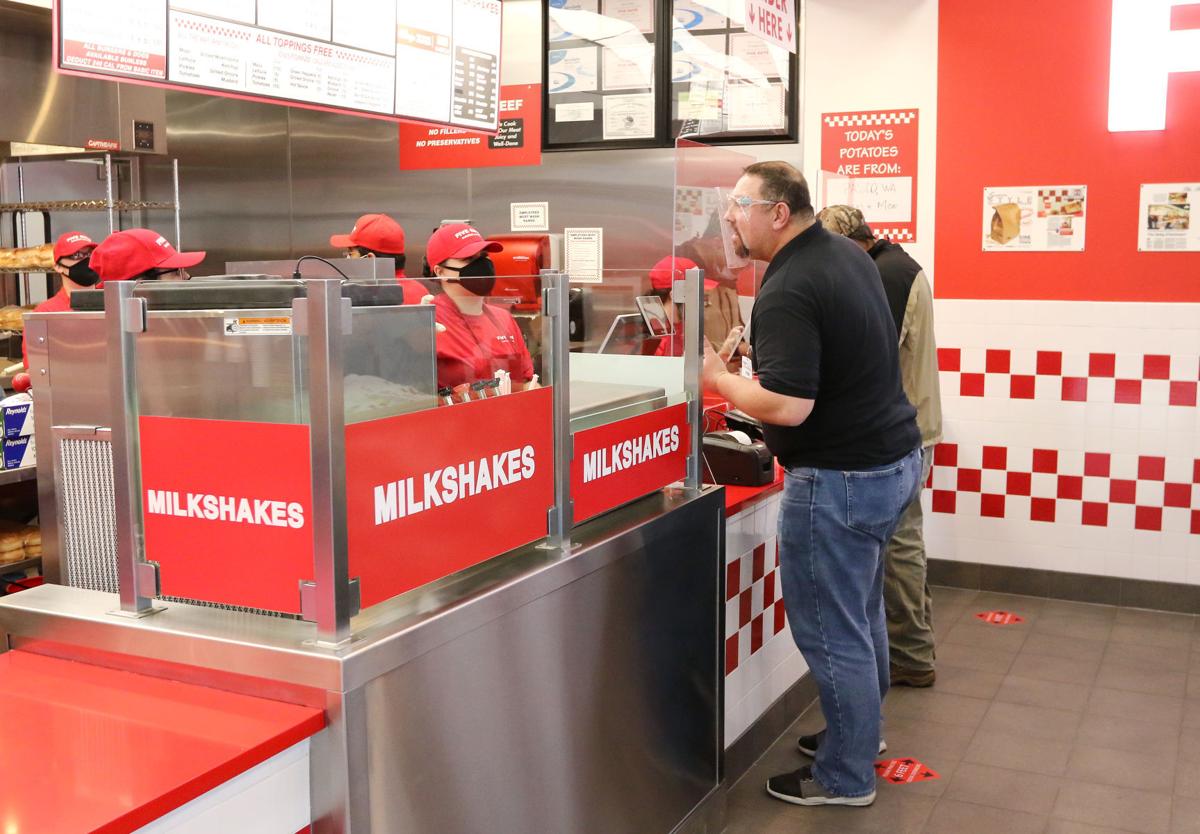 Tom Gries of Rosebuerg places a food order at Five Guys restaurant in Roseburg on Wednesday. 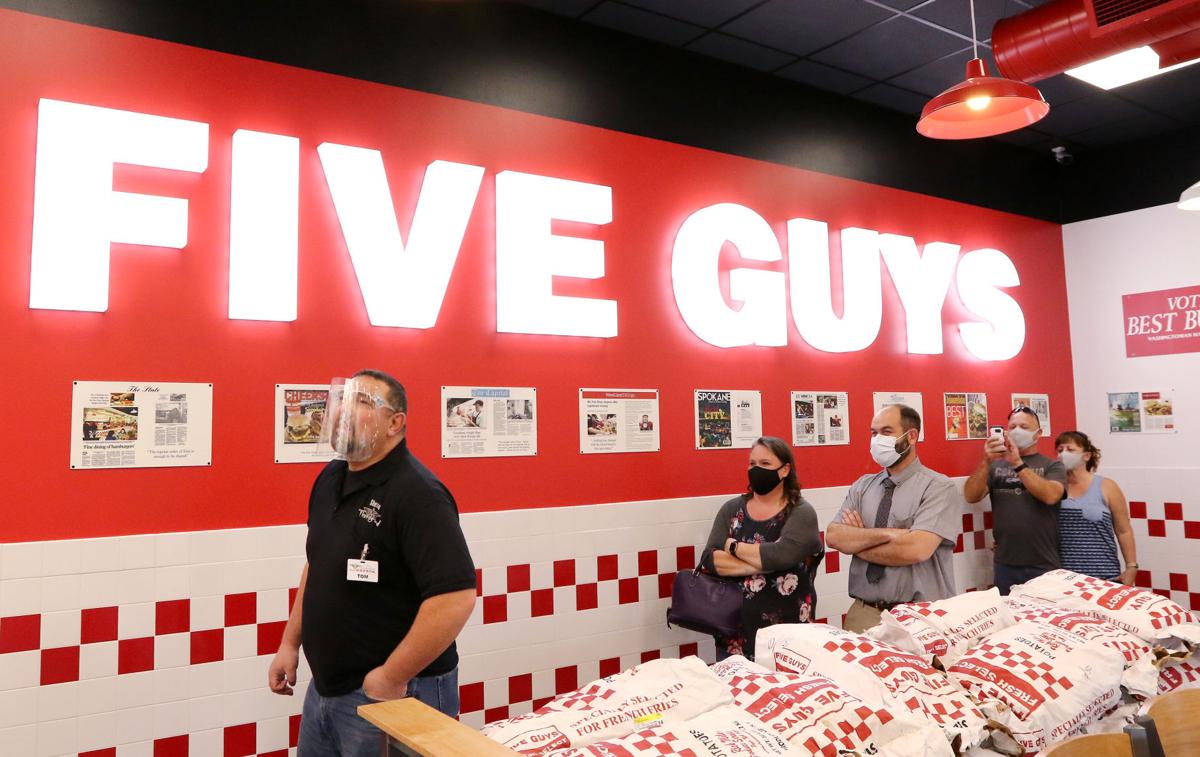 Customers wait in line to order at Five Guys restaurant in Roseburg on Wednesday. 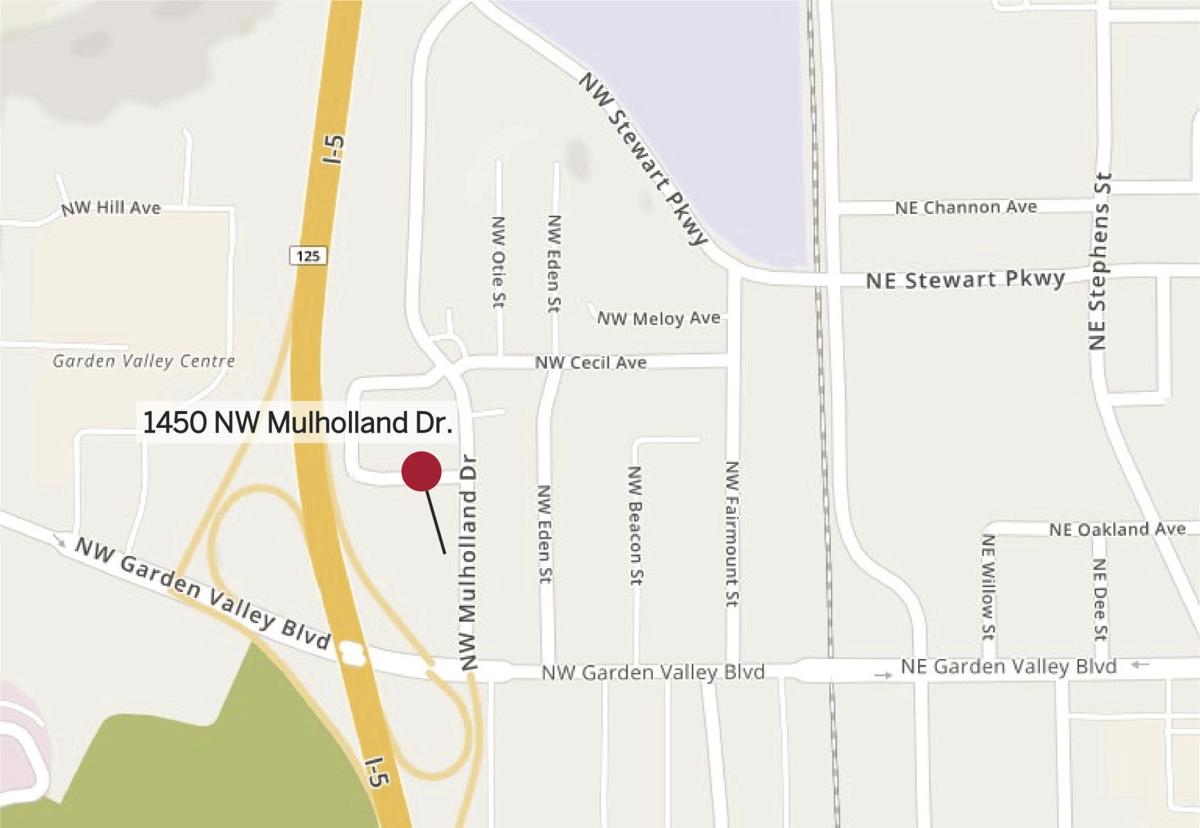 The planned future location of a Five Guys restaurant, which has settled on the site of the former Windmill Inn for the company’s Roseburg location.

Customers line up outside Five Guys restaurant in Roseburg.

A line of customers waiting to order food from Five Guys extends outside the building on Wednesday.

Tom Gries of Rosebuerg places a food order at Five Guys restaurant in Roseburg on Wednesday.

Customers wait in line to order at Five Guys restaurant in Roseburg on Wednesday.

The planned future location of a Five Guys restaurant, which has settled on the site of the former Windmill Inn for the company’s Roseburg location.

Be prepared if you go to the new Five Guys Burgers & Fries restaurant that opened Wednesday in Roseburg. It might even help to do a little homework first.

This is not your typical burger joint. For one it’s loud. The restaurant, located at 1500 NW Mulholland Drive, opened at 11 a.m. and by early afternoon the place was humming. The line of customers stretched out the door and inside more than a dozen workers behind the counter were yelling out orders and instructions.

At the counter you’ll be asked what kind of burger or hot dog you want — there are a dozen to choose from, along with sandwiches — and what you want on it. The list is extensive; there are 15 toppings, including the standard lettuce-tomato-pickles-onion and the not-so-standard, such as grilled mushrooms, grilled onions and jalapenos.

Same with the milkshakes, which come with a choice of a dozen items, including peanut butter, coffee, Oreo cookie pieces and bacon. Yes, bacon.

Some changes have been implemented in response to the coronavirus. Customers are asked to wear masks and those without will be given one. There are suggestions for proper spacing. The self-serve drink machines are shut for now. Indoor dining is not allowed, although there are five tables outside for those who choose that option.

The peanuts, which Five Guys gives to customers to bide their time while they wait for their orders, are available upon request.

But there is also the familiar for those who have been to a Five Guys before — there are more than 1,500 Five Guys restaurants in the U.S., Canada, Britain, Europe and the Middle East, and another 1,500 in development.

There are the sacks of potatoes stacked next to the line to the counter, to show the freshness of the french fries, along with a sign on the wall indicating where today’s batch came from (Pasco, Washington). There are the containers of peanut oil stacked along a wall, to show what those hand-cut potatoes are fried in.

There are Five Guys reviews on the walls along with quotes from some of those reviews blown up in large letters: “There isn’t a freezer in the joint...Grinding out juicy hamburgers and fries…Five Guys serves heaven on a bun.”

Wednesday’s opening here has been a long time coming.

The fast-growing chain, based in Arlington, Virginia, submitted plans more than a year ago to build a 2,500 square-foot eatery just south of the Hampton Inn & Suites, on the site known as Hanna Heritage Place.

A second tenant in the 6,400 square-foot building will be Charter/Spectrum, which will occupy 2,500 square feet next to Five Guys. The occupant of a third space in the building has not been announced yet.

The Murrells opened their first Five Guys in 1986 in Arlington. The company grew slowly, with five more restaurants opening in the Washington, D.C. area over the next 15 years. In 2002, Five Guys began to franchise in Virginia and Maryland and things quickly took off. Five Guys sold 300 units over the next 18 months in those two states and then decided to open franchises throughout the country.

Mel Garges, along with partners Dan and Kristy Zakour, own Southern Oregon Burgers and Fries, LLC. That limited liability company owns five Five Guys in Southern Oregon, plus the one in Roseburg.

Five Guys is considered a “fast-casual” restaurant, a trend that is proving to be increasingly popular nationwide. Other fast-casual restaurants include Panera Bread, Chipotle, Panda Express and Jersey Mike’s.