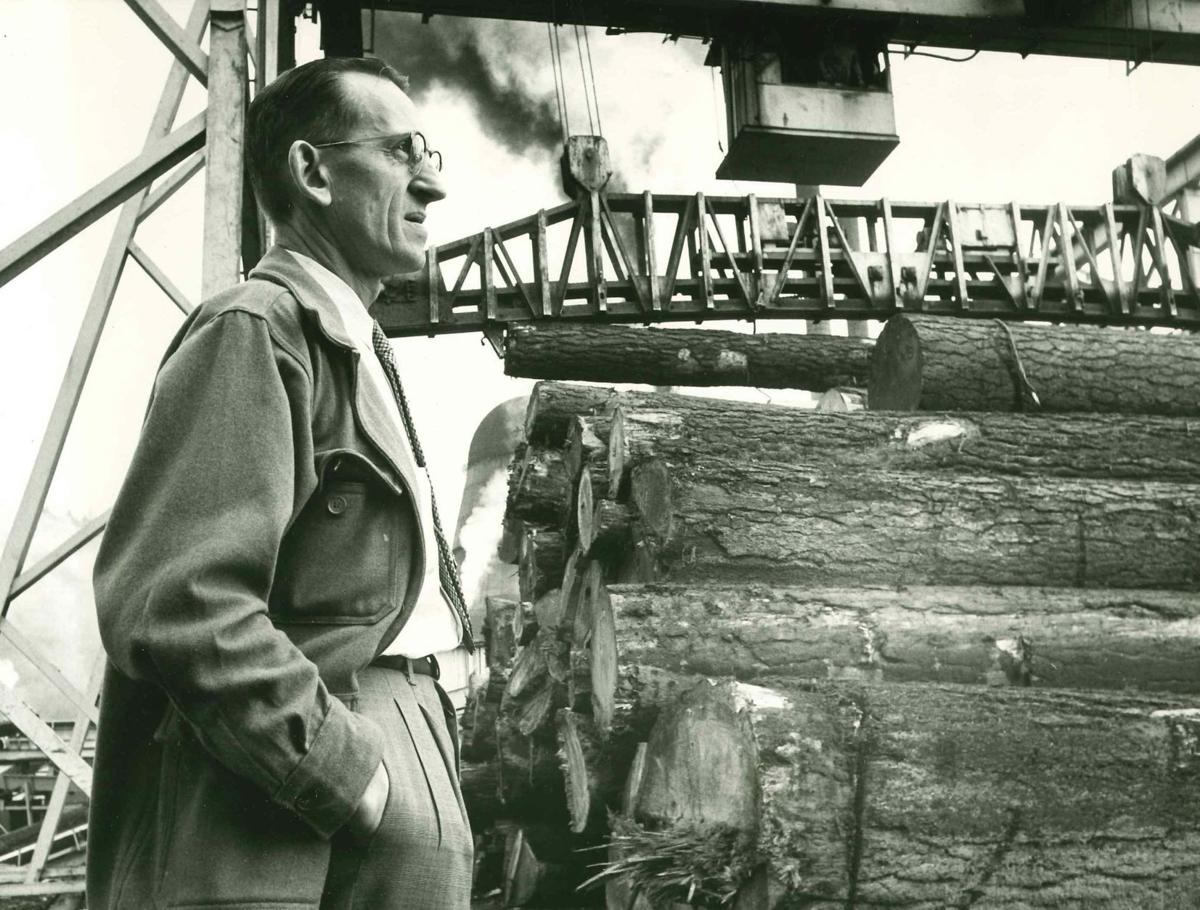 The founder of Roseburg Lumber, Kenneth Ford, watches a log crane at the Dillard plant in 1959. 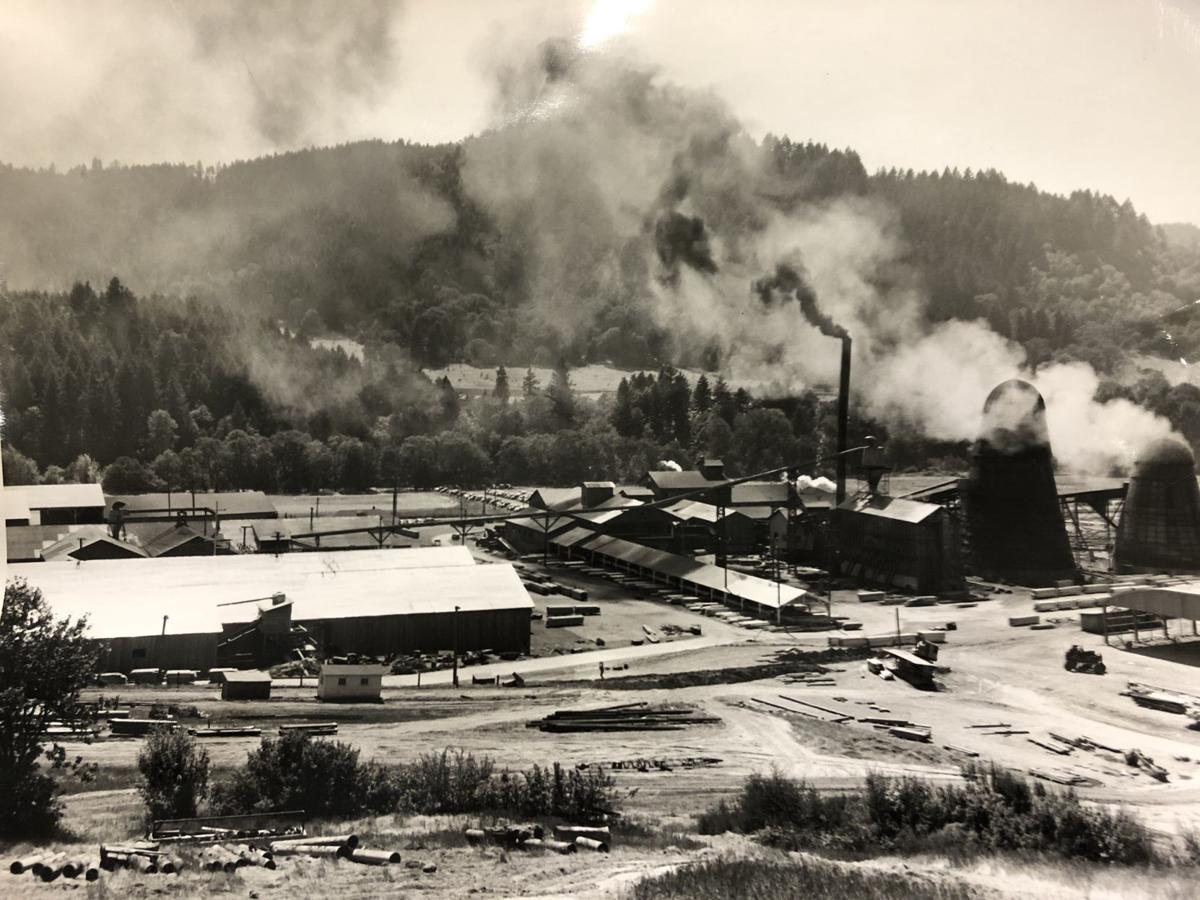 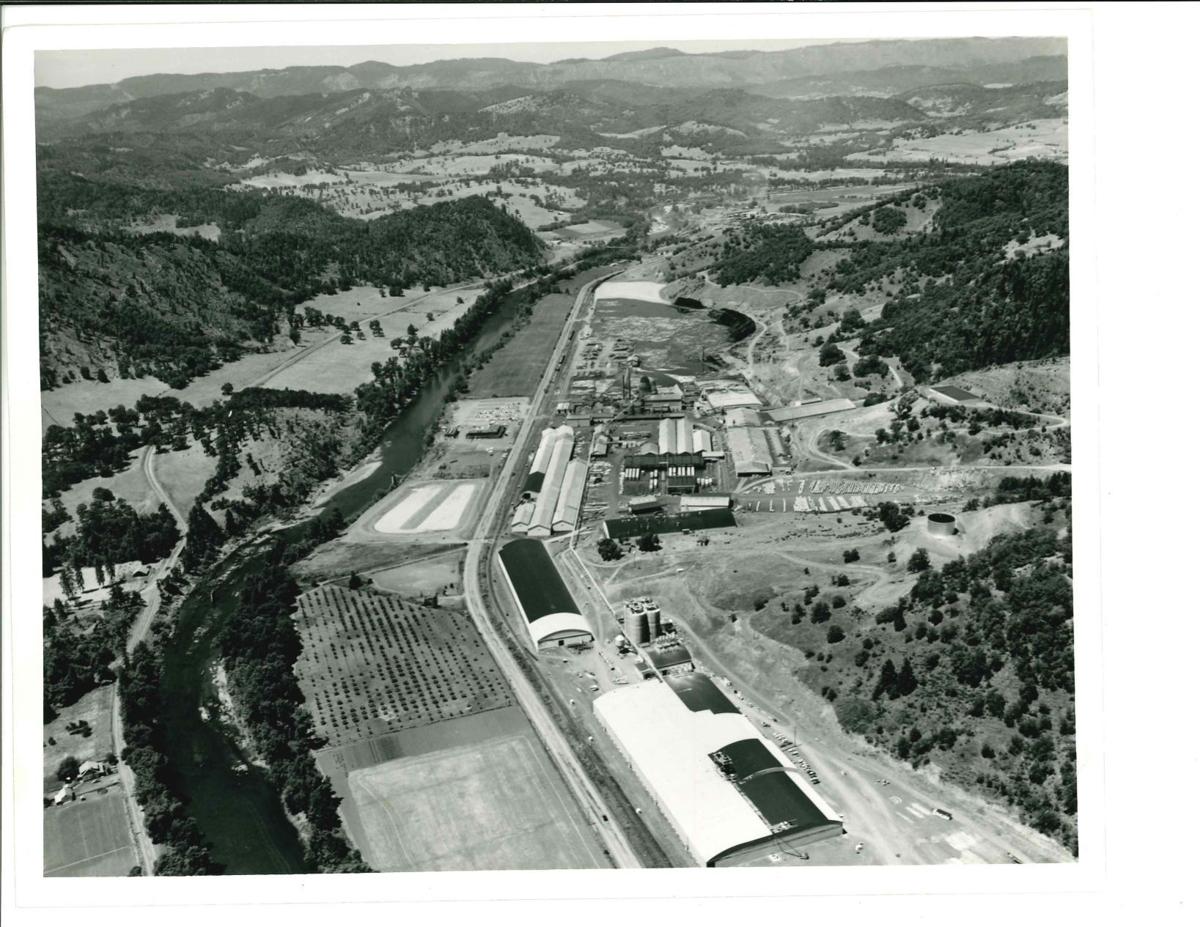 The Roseburg Lumber complex in Dillard, originally constructed in 1952. The company is now known as Roseburg Forest Products.

The founder of Roseburg Lumber, Kenneth Ford, watches a log crane at the Dillard plant in 1959.

The Roseburg Lumber complex in Dillard, originally constructed in 1952. The company is now known as Roseburg Forest Products.

Kenneth Ford built his first sawmill in 1936 along what is now Diamond Lake Boulevard in east Roseburg, right in the middle of the Great Depression. It was a daring risk to say the least, but a decade later it started paying off.

The company grew to a world class timber company as a privately-owned family business that ships products all over the world. The impact on Douglas County in terms of employment over the years has been enormous.

At its peak, Roseburg Lumber had about 3,000 employees in Douglas County, and it has long been the major employer in the county. After World War II ended, the baby boom took new construction to a level that had never been seen, and in 1947 the modern Roseburg Lumber mill was opened in Dillard and became the new home and headquarters for Roseburg Forest Products.

“(Kenneth Ford) was very aggressive and went out and bought some large tracts of timber on Mt. Scott which really put us on the map in the late ‘40s,” Ford said.

The 1950s, he said, was an exciting time in Douglas County because of the wood supply opening up on public lands for both the Bureau of Land Management and the U.S. Forest Service. During the post-war years, the old six-wheel GI gas engine trucks became available and opened up the area for timber harvests.

“It was the advent of the trucks and also the chainsaw came along, that made it so you could afford to go out into this pretty steep country around here,” Ford said.

The company made several acquisitions and built more plants, continuing expansion in the 1950s and ‘60s. The company’s first plywood plant was built in Dillard in 1952 and the first particleboard plant started up in 1965.

The name was later changed from Roseburg Lumber to Roseburg Forest Products.

“Kenneth was very mechanical, he didn’t have a formal education but he loved mechanics and he’d go to every junk auction known to man and buy junk but it kept getting better and better,” Ford said.

The Ford family has been involved in the timber industry for generations. Kenneth Ford’s father, Clair Ford, was a logger and ran portable sawmills around Lebanon early in the 20th century.

Kenneth Ford bought the land in Roseburg and began the construction of the company’s first sawmill with his father. His sister joined the company a short time later as secretary, bookkeeper and payroll clerk.

“We’ve grown from being a Southern Oregon company to being a North American company in the last few decades for sure, still with most of our operations, and really our heart and soul in Southern Oregon,” said Rebecca Taylor, communications director for the company, who works out of the Springfield offices, where much of the administration is now located.

The company branched out with the 2003 purchase of a particleboard plant in Missoula, Montana. In 2006, the company purchased several composite panel plants in the southern U.S. Then SierraPine Medium Density Fiberboard Plant in Medford was bought in 2017 and on Oct. 28, 2019 Roseburg opened its newly constructed Chester, South Carolina. engineered wood plant.

“One of the big focuses for the company is engineered wood products,” Taylor said. “That is a big focus because that is a growing, stable and profitable market for the company.”

In the 1950s and ‘60s, the company had purchased large amounts of land in southern Douglas County, where trees had been cut leaving fields of stumps. They began restoring the timberland for the future.

“Our family made a major commitment to land,” Ford said. “We’d go buy these stump ranches and clean all the shade trees out and come back in and hand plant, so it was really an investment for the future.”

In 1979, when timber was getting scarce and interest rates skyrocketed, the company had just purchased 323,000 acres of land in northern California that had been mostly logged over — but again, the company was investing for the future as it continues do.

In 1992, Ford actually made the decision to sell the company, but family members were opposed so it stayed a family-owned private company. But a portion of the company was sold to help pay for the estate transition and that also made money available to fund the Ford Family Foundation, which manages large internal programs, offers many scholarships each year, and makes grants to public charities predominantly benefiting communities in rural Oregon and Siskiyou County, California.

Ford Family Foundation was started in 1957 by Kenneth Ford and his family to support the community. It continues to have a huge impact on the lives of people in the community, especially the kids. The foundation is a private, nonprofit in Roseburg that offers many scholarship programs for youth, and manages large, internal programs.

The company has expanded into other regions of the country and is now moving into speciality high value products and trying to stay away from commodities.

“Our forestry and timberlands, I think we’re first class in forestry I think most people would agree with that, great people and great technology,” Ford said.

Allyn Ford, who retired three years ago as the president and CEO, remains chairman of the board and the company continues to plan for the future.

McDonald's openings a few weeks off

A nice, positive story during these trying times.