Starting at
$0.99 for 1 day
Get Started
View all rates
You have permission to edit this article.
Edit
Welcome, Guest
N-R
NEWS
Coronavirus
SPORTS
OPINION
LIFE
ENTERTAINMENT
BUSINESS
OBITS
CLASSIFIEDS
1 of 3 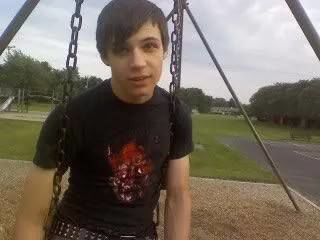 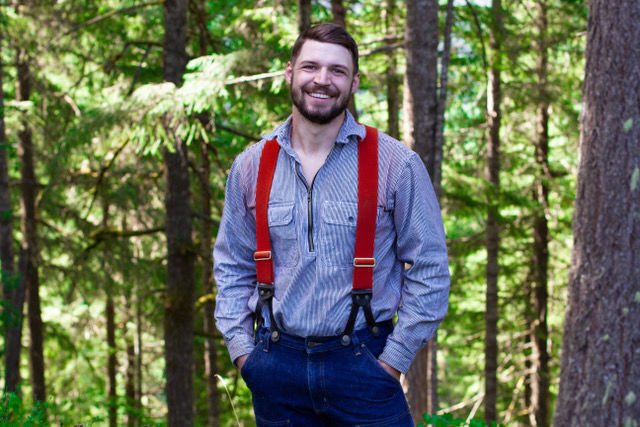 Ethan Harris had a troubled childhood, but has used his work in the timber industry to turn it around. 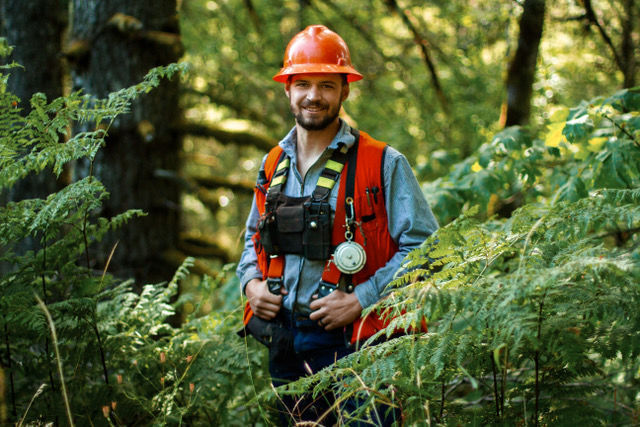 Ethan Harris, a recipient of a Ford Foundation Scholarship who now works in timber, stands among the trees.

Ethan Harris had a troubled childhood, but has used his work in the timber industry to turn it around.

Ethan Harris, a recipient of a Ford Foundation Scholarship who now works in timber, stands among the trees.

When Ethan Harris applied for a Douglas Timber Operators scholarship in 2016, he wrote that he previously felt he “had no purpose in life.” He thought others might be better candidates for financial aid, but “not many people are as willing to overcome and accomplish their goals in life as I am.”

Four years later, Harris talked about his story in the woods above Hardscrabble Road in Drain, next to his black truck with “E. Harris Timber Consulting” emblazoned on the doors. Harris bears his testimony as if speaking of another life — one far behind him, but whose memories he still carries.

On a summer night in 2013, Harris ran his car through a stop sign outside of Sutherlin at 75 miles per hour. He struck the broadside of another vehicle like a missile, whirling it down a ditch, where a father and daughter inside miraculously survived. Harris was arrested on-site for suspicion of driving under the influence of alcohol. He sat in a Douglas County jail cell for the next seven days expecting life in prison.

In the years prior, between the ages of 13-17, Harris was in and out of juvenile detention. “I was always in trouble, a ‘terror’ really,” he remembers of his adolescence in Ohio. His fractured family moved there from Oregon, by way of Montana. The presiding judge and his mother decided to send him to military school in Florida — a school then under investigation by the state for whipping, strangling and excessive restraint of its students. It shuttered abruptly after Harris’s graduation. His grandfather in Sutherlin offered a place to stay if Harris would come back to Oregon, which he did.

Harris met with military recruiters and signed a contract for service. He thought a military career could help him prosper in life, and even be looked up to by others. He only needed to stay out of trouble for six months before being shipped off to basic training. But trouble found him first.

“I met some bad people with good Oregon weed,” Harris said of the crowd he fell in with in Sutherlin. “The first flick of the lighter and a cop pops over the hill.” He took full blame for what was then a crime in the state. “I got kicked out of the military before I even started.”

Harris tried his hand at forestry work, planting trees after timber harvest. “It was the worst thing I ever did. I virtually cried every time I walked up a mountain carrying a bag of trees on my back.”

He was fired from that job, and also from another for punching a supervisor. It seemed life kept dealing Harris losing hands and he simply folded. “If you can’t beat ‘em, join ‘em,” he decided.

A downward spiralJoining them meant aligning with “some really scary people.” To pay for drugs, Harris stole money from his grandfather and was convicted on felony burglary charges. He became addicted to methamphetamine. Fueled by the drug, he stopped eating and sleeping. His old friends left because they could no longer watch him self-destruct. He had not seen his own face in months and, when he finally did, a skeleton of his former self stared back.

Harris attempted to clean up. He told drug dealers that he was done using, and he had to physically fight to keep them out of his home. “I was trying to de-escalate my life, and ended up escalating.”

To cope with meth withdrawal, Harris turned to alcohol. “I thought I was healthy because I at least looked better,” he remembers. Then one Saturday night, on his way to a party, he nearly killed five people barreling through a Sutherlin intersection. He was heartbroken to face the victims of the incident in court. “They were unforgiving, and rightfully so.”

Even at 21 years old, Harris’s rap sheet showed a lifetime of criminal transgressions: juvenile offences, assault, felony theft and now charges of reckless endangerment and attempted manslaughter. It was hard to find a job. Businesses would not take a risk on him, so Harris ended up mowing lawns and painting houses.

The call of the woodsWith no full-time job or money, Harris found refuge in a Sutherlin church. The community there helped him with his bills and he started attending prayer meetings. “I intentionally sat in the back hoping no one would talk to me,” he said.

He found meaning in the words he heard in church, possibly in stories of contrition and forgiveness, and assented to give the “God thing” a try.

One guest sermonizer spoke of finding God in the trees of the forest. After church Harris approached the man, Abe Mantle, and asked him what he did for work. Abe owned his own timber cruising business, surveying commercial timber stands. He invited Harris to tag along and taught him how to use the compass and read maps. He also told Harris that if he was serious about working in the woods, “go get your forestry degree and we’ll talk.”

For three years, Harris cruised timber and worked on financing a college degree. In 2016, Harris successfully applied for a Douglas Timber Operators scholarship (and another in 2017). The first sentence of his application stated: “I am recently married with a daughter…to provide for them, I have to further my education.”

That year, he started forestry classes at Umpqua Community College. He earned a 4.0 GPA each term, made honor roll and became a tutor. In 2018, Harris earned a $40,000 per year scholarship from the Ford Family Foundation and transferred to Oregon State University to earn his bachelor’s degree in forestry.

As a husband (to Maygen) and father of two young girls (Harlow and Coralee), Harris started his own timber consulting business on the side. He “cruised” through OSU with little student debt and a cumulative 3.82 GPA. This year he was accepted into the college’s Master’s Degree program. Between a graduate scholarship program from the Ford Family Foundation and direct assistance from OSU, Harris will earn his degree with zero debt — a feat he describes as a “divine thing.”

“Forestry feeds my soul,” he said while donning the gear of a professional forester: blaze orange vest and hardhat, diameter tape and a clinometer. In a stand of Douglas Fir timber above Hardscrabble Road, Harris wades through the ferns and measures the trees above.

“I’ve done my best to reconcile my past failures,” he said. “But the past tags along.”

Matt Hill is the executive director of the Douglas Timber Operators.