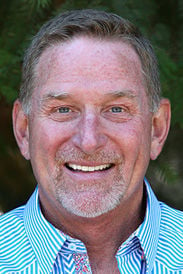 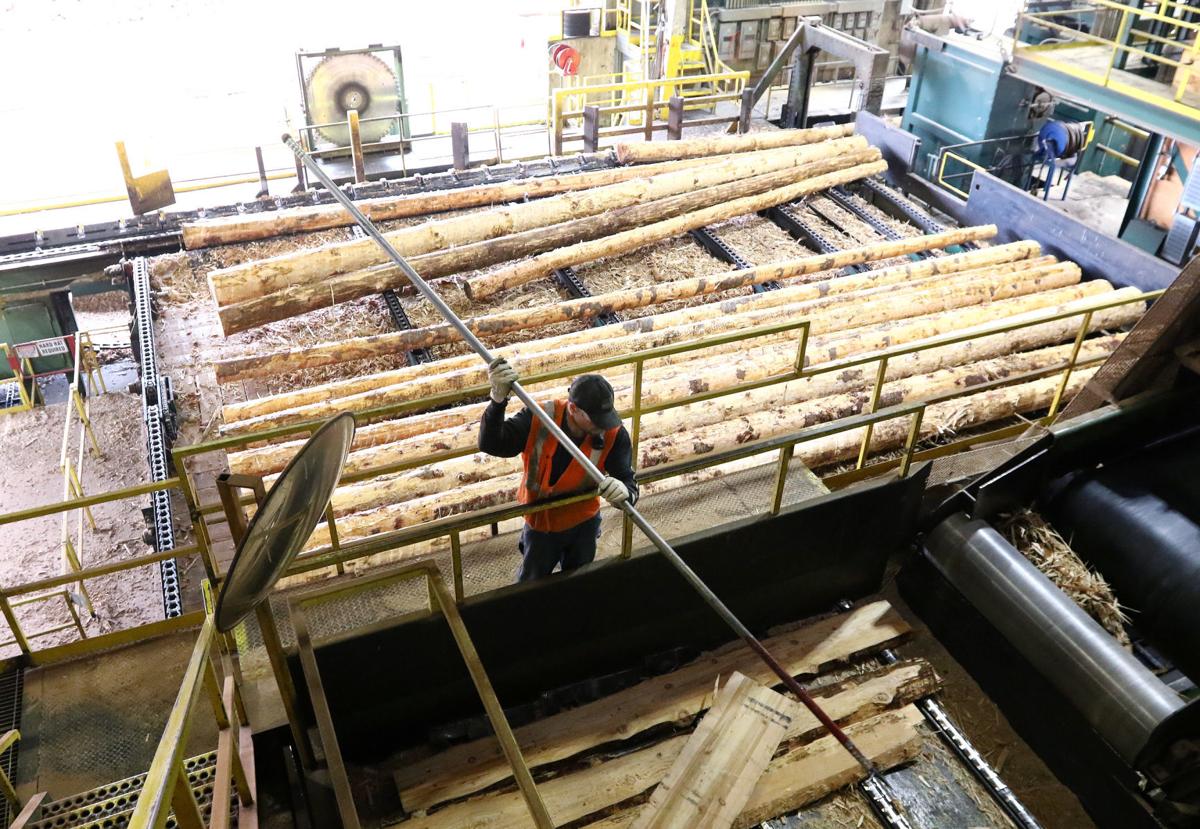 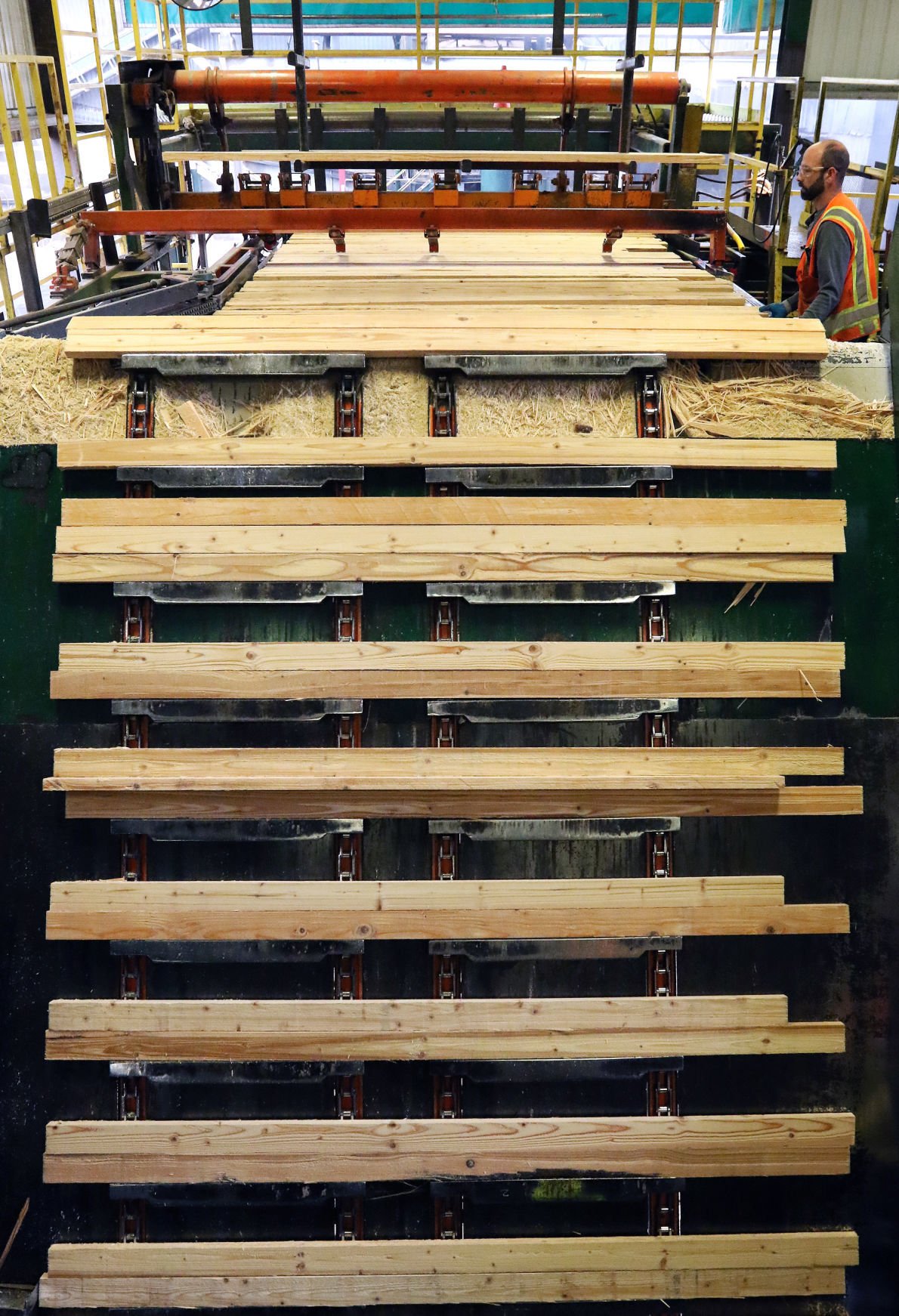 With its large space, larger beer selection, popular pizzas and planned activities like trivia night, Loggers Tap House in Roseburg was a thriving business with seemingly even brighter days ahead.

Then COVID-19 hit, and suddenly everything changed. The restaurant was forced to close except for takeout, and owner Sam Gross had to lay off 20 people, or about half his staff.

But an infusion of $181,000 from the federal Payment Protection Program helped Gross keep those workers on the payroll and pay some bills. Eventually, restrictions on dine-in service were relaxed and Loggers Tap House was on its way back to normalcy. But the federal funding helped pay the rent and utilities and went a long way toward stabilizing the business, Gross said.

“Getting the PPP allowed us to bring back all of our staff,” he said.

Gross was not alone on his reliance on the PPP funding to help him weather the turbulent times.

More than 1,100 Douglas County businesses received federal loans ranging from about $500 to as much as $10 million, according to data released this week by the Small Business Administration on PPP distributions. The funding is considered a loan, but businesses will not have to pay it back if they meet certain provisions, such as keeping a certain percentage of employees on the payroll and spending the money on eligible items like rent and utilities.

The data released by the SBA listed individual businesses that got more than $150,000 and ranges for how much each of those businesses got. For example, The Swanson Group was listed in the highest range, from $5 million to $10 million.

For those companies receiving under $150,000, the SBA released the amount each business received but not withheld the names of the businesses.

The total number of jobs in the county retained through this funding was 14,601, the data showed.

Josh Lehner from the Oregon Office of Economic Analysis, found that the forest products industry fared well when it came to PPP funding.

“Large parts of the timber and natural resource industry in Oregon were approved for PPP loans,” Lehner wrote. “On the other hand, sectors like computer and electronic product manufacturing and metal manufacturing saw relatively lower dollar volumes in large part due to the presence of bigger firms that drive a lot of our statewide figures, although it certainly seems that the smaller firms in these industries did receive PPP loans.”

Gross, owner of Loggers Tap House, doesn’t need to see the statistics to understand how bad things were. He lived it.

The main reason the restaurant was able to stay open and do well was through the support of the community, he said. His customer base “embraced delivery and takeout orders and now that we have dining back, things are going great,” he said.

But the PPP funding came at a critical time and gave the restaurant some breathing room and allowed it to plan for the future, Gross said.

“If the PPP wasn’t available, it could have really put a wrench in the expansion plans we were working on when the pandemic started,” he said.

Other business owners and executives share similar stories of being helped by the PPP funding.

Steve Swanson, President and CEO of The Swanson Group, said the market for plywood was strong at the beginning of the year but then took a nosedive in mid-March, largely due to the COVID-19-related shutdowns in Oregon and California.

“We couldn’t sell it at any price. We decided to react swiftly and we shut our Glendale plywood facility down completely,” Swanson said.

That meant about 300 workers got furloughed and those still on the payroll were told to expect a 10% pay cut.

Swanson said the company explored the idea of applying for a PPP loan. The loan was intended for companies with 500 employees or less, but there was a provision that allowed companies in the softwood/plywood industries to qualify if they had less than 1,250 employees.

Swanson Group applied and got approved. Swanson declined to say how much the company received, other than acknowledging it was between $5 million and $10 million. In early May, with the help of the PPP funding and a healthier lumber market, Swanson Group brought back its furloughed workers and never implemented the announced pay cuts.

“All I can tell you is it came at a time when we needed it to bring out employees back. We used it exactly as it was intended.”

About 50 nonprofit businesses in Douglas County received PPP funding. One of those was Sunrise Enterprises Inc., which helps train and employ people with disabilities. Sunrise CEO Shane Kalar said unlike many other nonprofits, her agency relies on income from various means, including its retail stores, to fund programs.

“If we are not open for business, Sunrise has no income,” Kalar said.

In mid-March, with the onset of COVID-19, Sunrise had to shut down all but a couple of its operations, which dried up its sources of revenue. Sunrise was forced to furlough most of its employees, although it continued to pay their health insurance and other benefits, Kalar said.

The agency also had other ongoing financial obligations, such as rent, utilities and insurance for its fleet of vehicles.

“For us, these fixed costs were significant, so outside help was needed,” Kalar said.

“We utilized the PPP Loan to pay these costs and reestablish employment for our employees. Without this program, the jobs we provide for 200 plus employees would have been lost permanently,” Kalar said. “Through this program and the outstanding support of the Oregon Department of Human Services, we will survive this.”