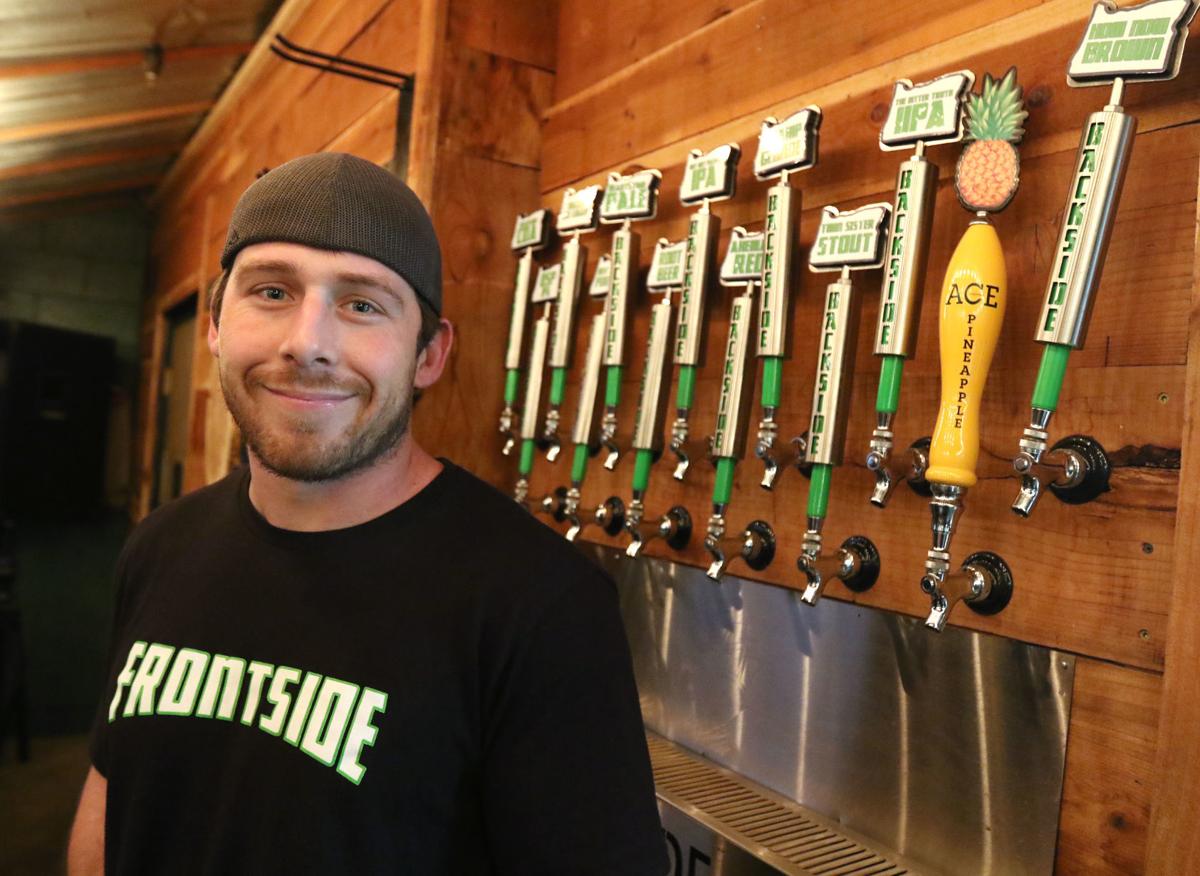 Backside Brewing owner KC McKillip at the Roseburg brewery in 2016. McKillip spoke at a GrowthTalk series event held at his brewery on Wednesday. 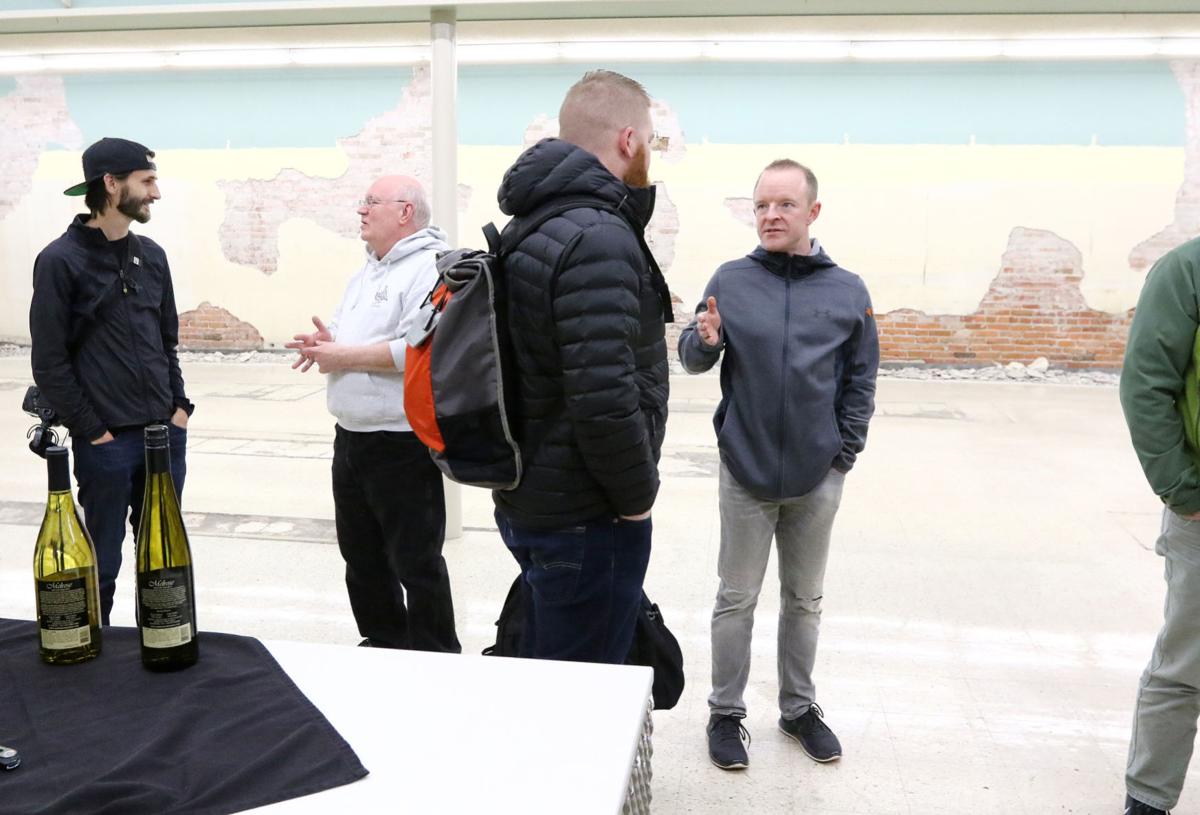 Trevor Mauch, right, discusses possibilities for the future of the former Roseburg Book and Stationery store in downtown Roseburg in November.

Backside Brewing owner KC McKillip at the Roseburg brewery in 2016. McKillip spoke at a GrowthTalk series event held at his brewery on Wednesday.

Trevor Mauch, right, discusses possibilities for the future of the former Roseburg Book and Stationery store in downtown Roseburg in November.

It’s easy to understand why the inaugural GrowthTalks, a year-long series of events aimed at helping budding entrepreneurs, was held at the Backside Brewery in Roseburg, and why Backside’s founder, KC McKillip, was a featured speaker.

The Tenmile native already had his hand in two businesses at the age or 22 when he decided he wanted more. He knew he liked interacting with people, and beer, so in 2012 he merged the two and founded Backside Brewery in an abandoned hardware store on Northeast Odell Avenue.

“I had three beers on tap, and they weren’t even carbonated. I didn’t even know how to carbonate beer,” McKillip told a crowd of more than 100 gathered at the cavernous brewery Wednesday. “But it was packed. Everyone showed up.”

Over time McKillip learned how to brew beer, manage a budget, hire and mentor employees, and deal with the dozens of other paper cuts that go into growing a successful business. In addition to offering food and beer Backside, and the 10,000 square-foot space it is housed in, has become a popular anchor for community events, such as the one Wednesday night.

That community support and spirit is important when it comes to nurturing start-up businesses, said Wayne Patterson, Executive director of the Umpqua Economic Development Partnership, sponsor of the GrowthTalks series.

The seeds of GrowthTalks date back to 2010, when the Young Entrepreneur Society (Y.E.S.) of Umpqua Valley was created to help jump-start entrepreneurs in the area. A few years later Y.E.S. morphed into a series of meetings that was called Umpqua Pub Talks. The Partnership took on Pub Talks last summer and tweaked the concept into its current version, GrowthTalks.

Keeping and growing the lineage is important because start-up businesses provide jobs, inject an economic boost into a community and in general are good barometers of the economic vitality of an area, Patterson said.

“The idea is to start up new businesses in your community. What matters is that we provide an environment to assist and support start-up businesses here,” Patterson told the gathering Wednesday. “We’re looking to create opportunities.”

Trevor Mauch, founder of the Roseburg-based software company Carrot, was involved in the earliest stages of the development of the Y.E.S. program and at about the same time opened The Loft, a communal, entrepreneurial incubator workspace in downtown Roseburg.

Both Carrot and The Loft have been successful. Carrot now has 30 employees and was named the fastest growing software company in Oregon for two years running by Inc. magazine, while The Loft has helped launch and continues to house several businesses.

Like McKillip, Mauch said he started his own businesses with little knowledge of what he was getting into and zero idea of what a business plan would even look like.

“That’s like the secret of business — don’t have a business plan,” Mauch said.

Instead, Mauch suggested finding something you are passionate about and network with other like-minded people. That’s where GrowthTalks comes in, several speakers said Wednesday. In addition to networking, the events will also provide opportunities for start-ups to get funding for their businesses.

On Feb. 19, GrowthTalks will host a “Pitch Night,” where those proposing new business ideas could walk away with up to $1,000 for start-up costs. For more information on that or anything having to do with GrowthTalks, go to umpquagrowthtalks.com.

Perhaps as a nod to Mauch, no business plan is needed to enter Pitch Night. In fact, McKillip urged those in attendance Wednesday not to overthink any new business idea they may have.