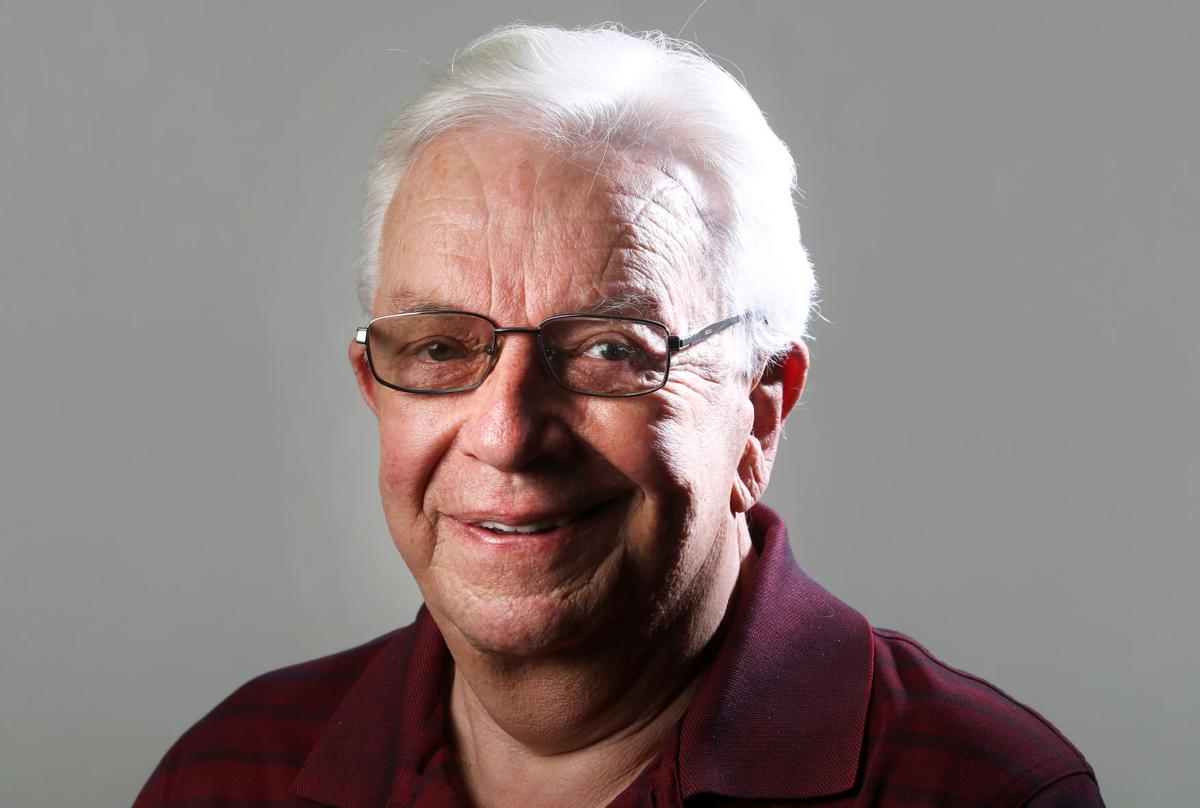 Kerwin Doughton continued working as a financial adviser into his 70s. 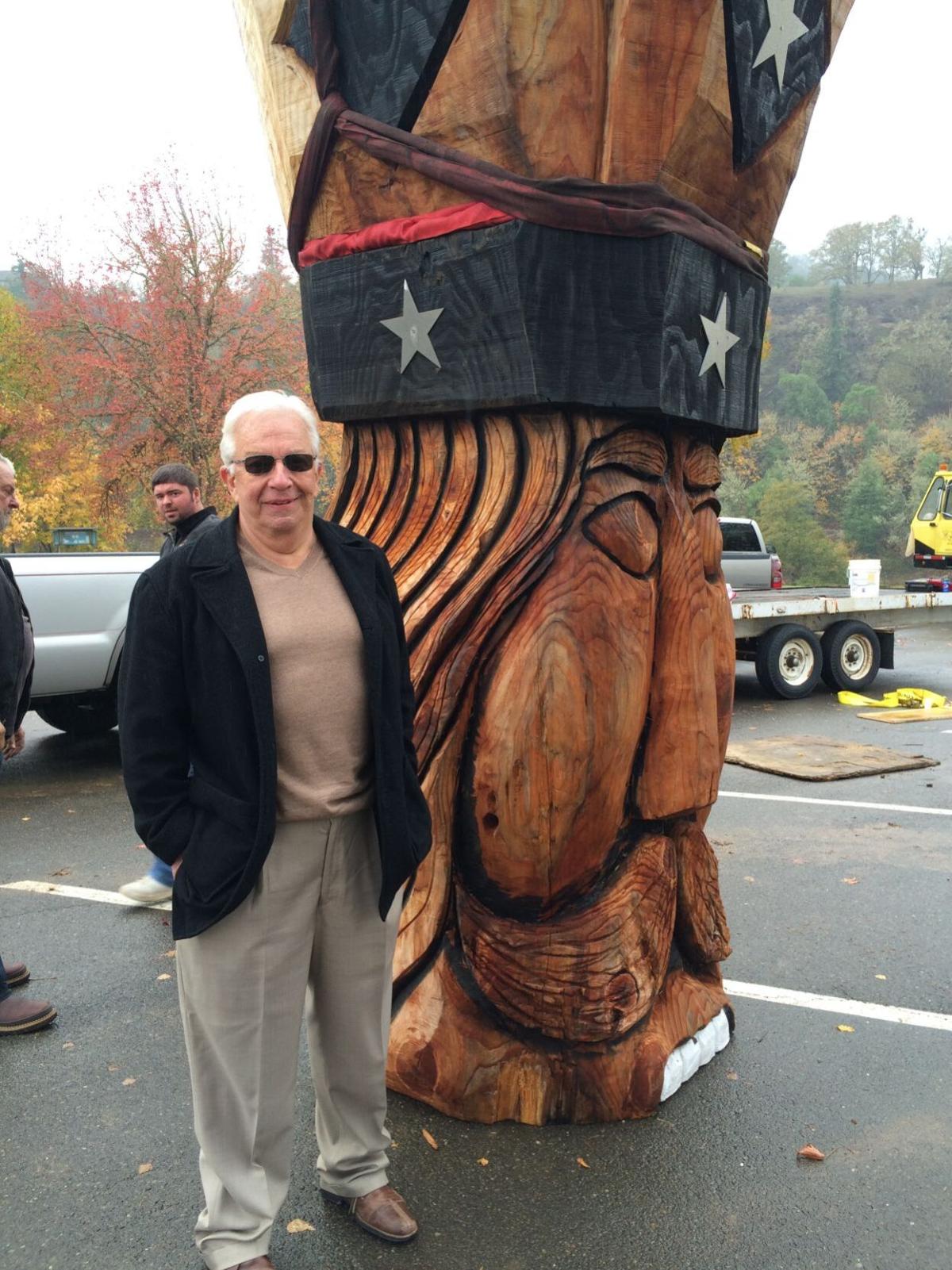 Kerwin Doughton, pictured next to the head section of a 41-foot-tall Nutcracker display, launched the Umpqua Valley Festival of Lights in 1993. Doughton died Sunday at age 82 after a battle with cancer.

Kerwin Doughton continued working as a financial adviser into his 70s.

Kerwin Doughton, pictured next to the head section of a 41-foot-tall Nutcracker display, launched the Umpqua Valley Festival of Lights in 1993. Doughton died Sunday at age 82 after a battle with cancer.

Kerwin Doughton had a big dream, but he also needed a big favor.

Thirty years ago, Doughton went to the Roseburg Rotary Club with his vision: a drive-thru holiday lights festival. But getting it off the ground wasn’t going to be cheap.

“He had the vision 30 years ago, but it took two years to convince the club to do it,” said Lew Marks, a Rotary member who shared a 40-year friendship with Doughton. “It sort of gets lost, but without those first two years of pushing, nothing gets done.”

Doughton passed away Sunday at age 82 after a brief battle with cancer. His vision continues to live on.

The Umpqua Valley Festival of Lights at River Forks Park welcomed its first families in 1993 and, this past November, celebrated its 28th season.

The start-up cost for Doughton’s vision was nearly $60,000, and that request made the Rotary Club nervous.

“It was pretty controversial for a while, but we finally just said, ‘Let’s do it’,” Marks recalled. “Those first two years were just for him to sell his vision.”

“The festival was kind of over my dead body,” Doughton’s wife of 58 years, Marilyn, said with a laugh. “But it turned out OK.”

Doughton worked in the financial sector for years. He was an owner of Orca Investment Management, LLC in Roseburg and later started an independent financial business, working well into his 70s. He told The News-Review in 2016 that as long as every day he woke up and did what he loved to do, it really wasn’t work.

“I like my work, I like getting up in the morning and coming to work,” Doughton said, “I felt that I’d retire when my mind told me it wasn’t fun anymore.”

He held that same attitude when it came to the Festival of Lights.

“He put quite a few years of his time and quite a bit of his own money in to help balance the books and expand it,” said Brian Prawitz, a festival committee member who in 2019 took over the festival along with Becky Bright-Jones and Tabbitha Layman. “It was through his investment and generosity for the benefit of Douglas County.”

Every year, Doughton looked for ways to add to the festival, bringing in new attractions and constantly working to expand. That expansion included the purchase of a 41-foot-tall nutcracker — at the time the world’s tallest — although it was invalidated by those at the Guinness Book of World Records.

Marilyn met “Kernie” on a double date while they were in college: Marilyn attended the University of Oregon while Kerwin was up the road at Oregon State University. They hadn’t exactly hit it off with their dates, but Kerwin had taken a shine to Marilyn.

The couple both attended Rose Elementary and Roseburg High School, although three grades apart. They married in 1962 and moved to Fort Carson, Colorado, where Kerwin served two years in the United States Army as a 2nd Lieutenant.

Kerwin and Marilyn had three children — Kerwin John (K.J.), who is 56, Todd Doughton, 51, and Angie Doughton, 40. They also have two grandchildren.

K.J. Doughton said Wednesday while writing a tribute to his father that one of Kerwin’s most notable traits was his selflessness.

“I always felt he was a very emotional man who thought very deeply about people,” K.J. said. “He had great empathy. He was a good listener. He would give people his time. A lot of his business success was his willingness to listen to other people.”

This past season’s Festival of Lights was the first in which Prawitz, Bright-Jones and Layman took full control of the reins. While Kerwin was there to observe, he was too ill to get heavily involved in the day-to-day operations.

On the festival’s first night, a line of headlights arrived at the River Forks Park entrance. The first car was a family from Medford.

“There was a little girl in the back, and when we flipped the lights on, she just screamed with excitement,” Prawitz said, adding that after all the hard work to get the festival ready, that girl’s reaction was like reaching the finish line.

“I remember driving home and calling him, and it was like calling your parents to tell them you’re getting married, or that your wife is pregnant,” Prawitz said. “Marilyn was on the phone with him, and they were so excited.”

What else is there to say. Kerwin was a wonderful, "one-of-a-kind" man. He will be missed by many who's life he touched.