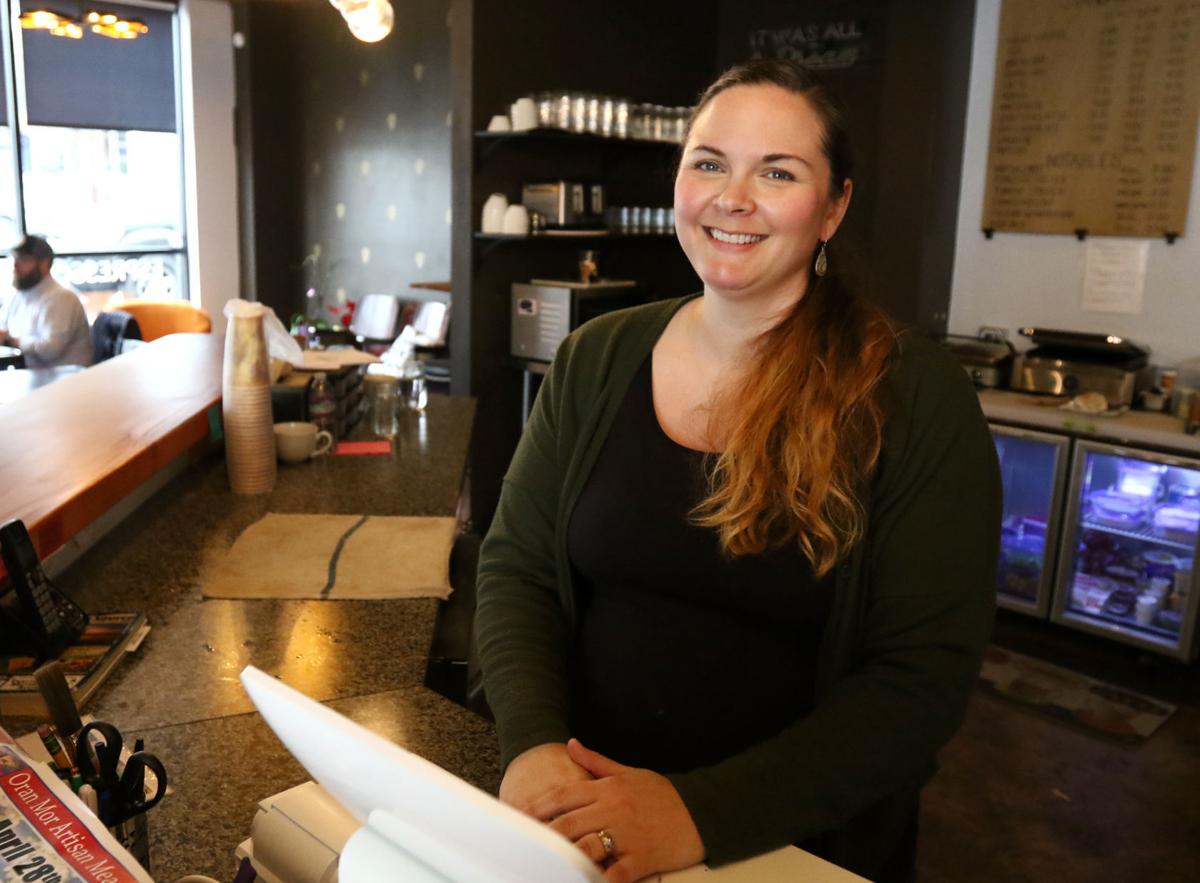 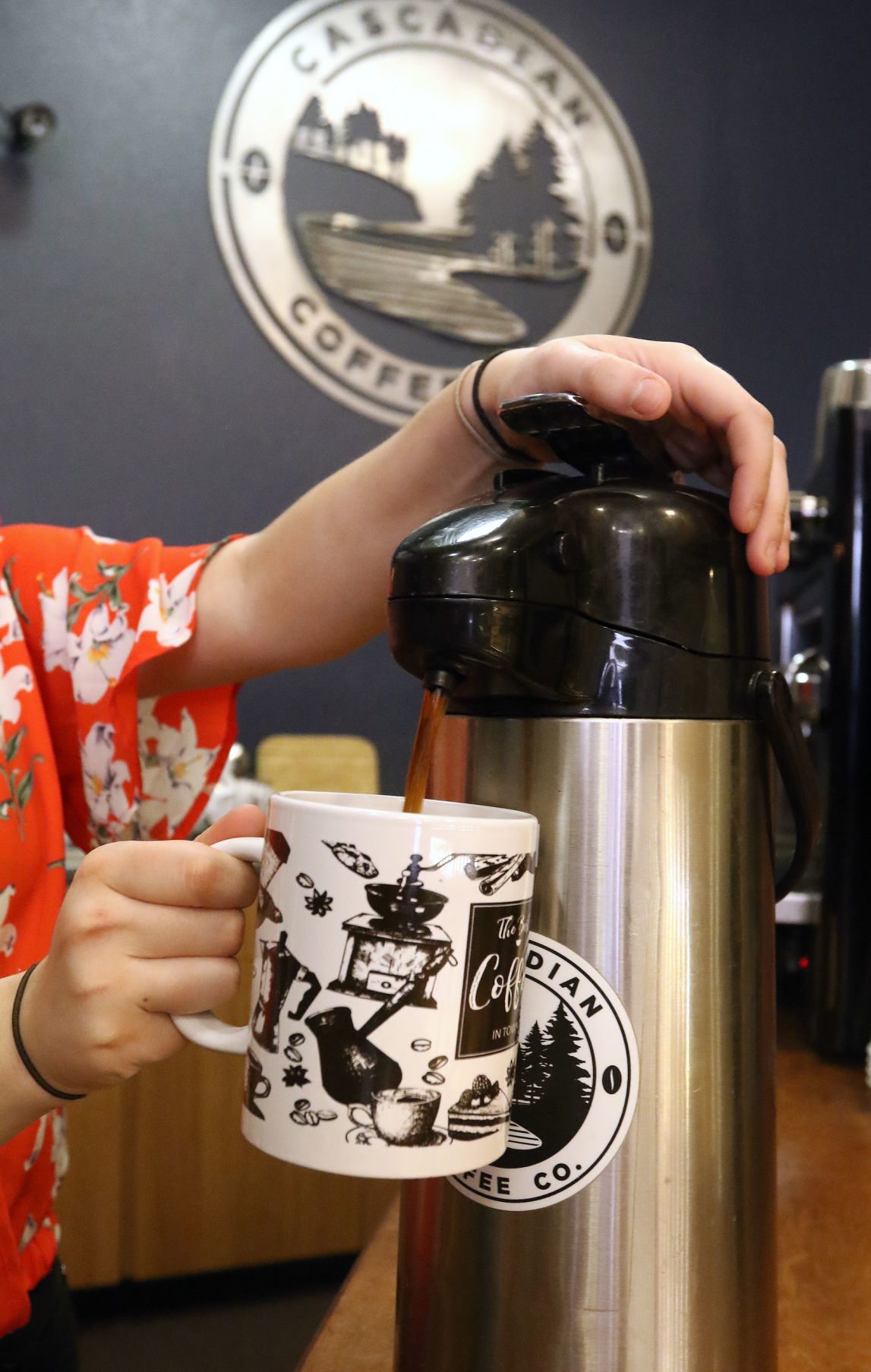 Come for the coffee, stay for the vegan food, the books and the camaraderie at downtown Roseburg’s Gathering Grounds and Cascadian Coffee Co. and Catering.

Felicia Mellor and her mom, Peggy Cheatham, opened Gathering Grounds in August. The family formerly owned While Away Books on Harvard Avenue. Mellor said since opening the coffee shop, they’ve seen familiar faces and new ones too.

Mellor said her family is committed to serving healthy, plant-based foods. They’re working on obtaining Blue Zones Project approval. They’ve started by removing salt from the tables, selling fresh fruit among their grab and go items, and featuring a variety of vegetarian and vegan foods, from breakfast burritos to daily lunchtime soup specials.

They offer real dairy for their coffee drinks, but also a host of alternatives including soy, coconut and almond milk.

They’re environmentally conscious too. Much of the plastic, including most of the straws, is biodegradable.

Mellor said she wants Gathering Grounds to be the kind of place where people come together — hence the name.

“We really wanted it to be like a second home for people where they can come and see their friends and family and have a delicious cup of coffee and a scone and just sit and visit and have some happy times,” Mellor said.

Sherri Shaffer is the mother of Cascadian Coffee Co. and Catering owner Gabe Stratton, and has come out of retirement to help out with the coffee shop. Stratton became a co-owner of the shop, formerly called just Cascadian Coffee, in 2017 and became sole owner in 2018.

“We do the oversized thing because people like it, and we like it. We want people to get a value for what they’re paying,” she said.

Shaffer said Cascadian is popular with local book clubs, religious and veterans groups, even the Democratic Party, all of whom hold meetings there. And it’s community minded.

Cascadian recycles its food and coffee waste through the Phoenix Charter School horticultural program. The shop also opened a lending library when the Douglas County Library System closed, before the city government reopened the Roseburg library. It doesn’t bring in a lot of business, Shaffer said, but it is popular. The store also features artwork by local artists, and Shaffer plans to bring down a piano for people to play.

“Our thing is we want people to have an enjoyable experience,” Shaffer said.