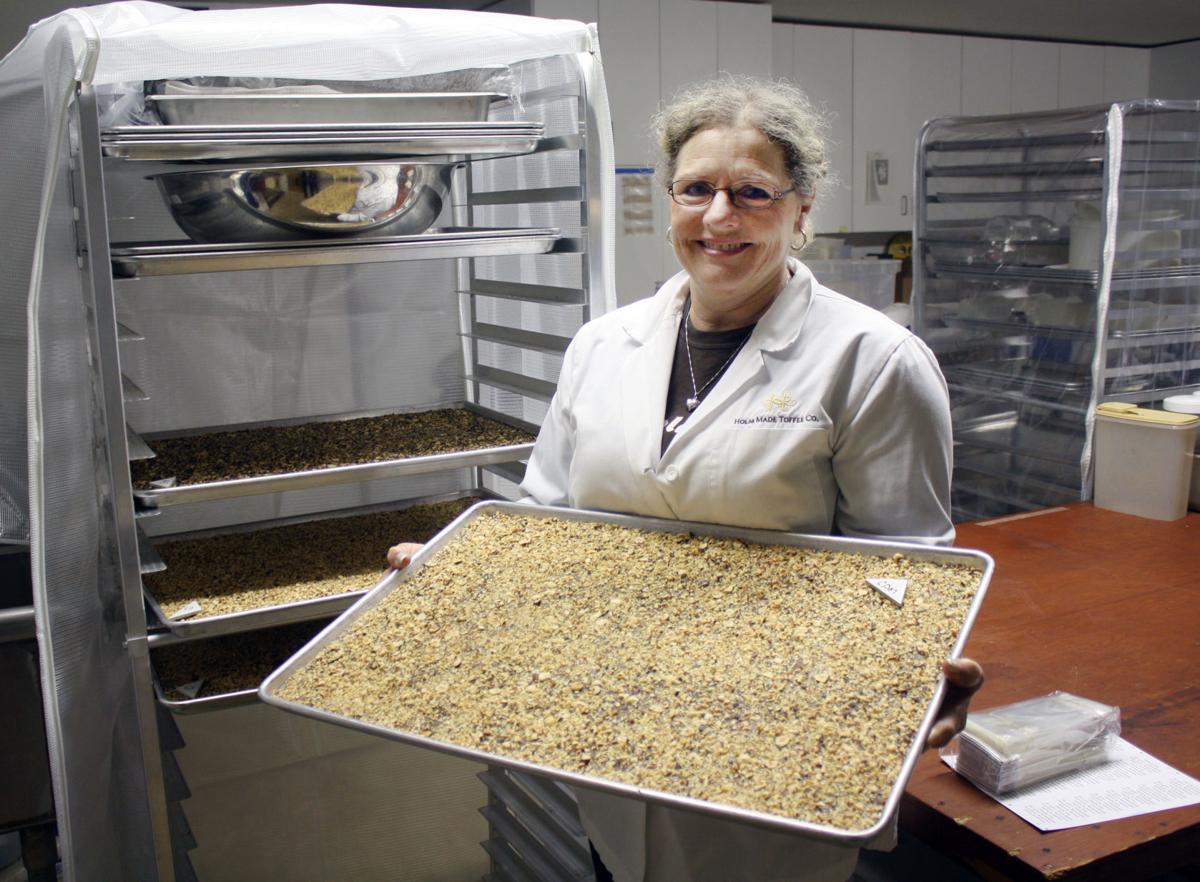 Donna Holm poses for a photo with her award-winning cardamom and vanilla toffee on Friday. 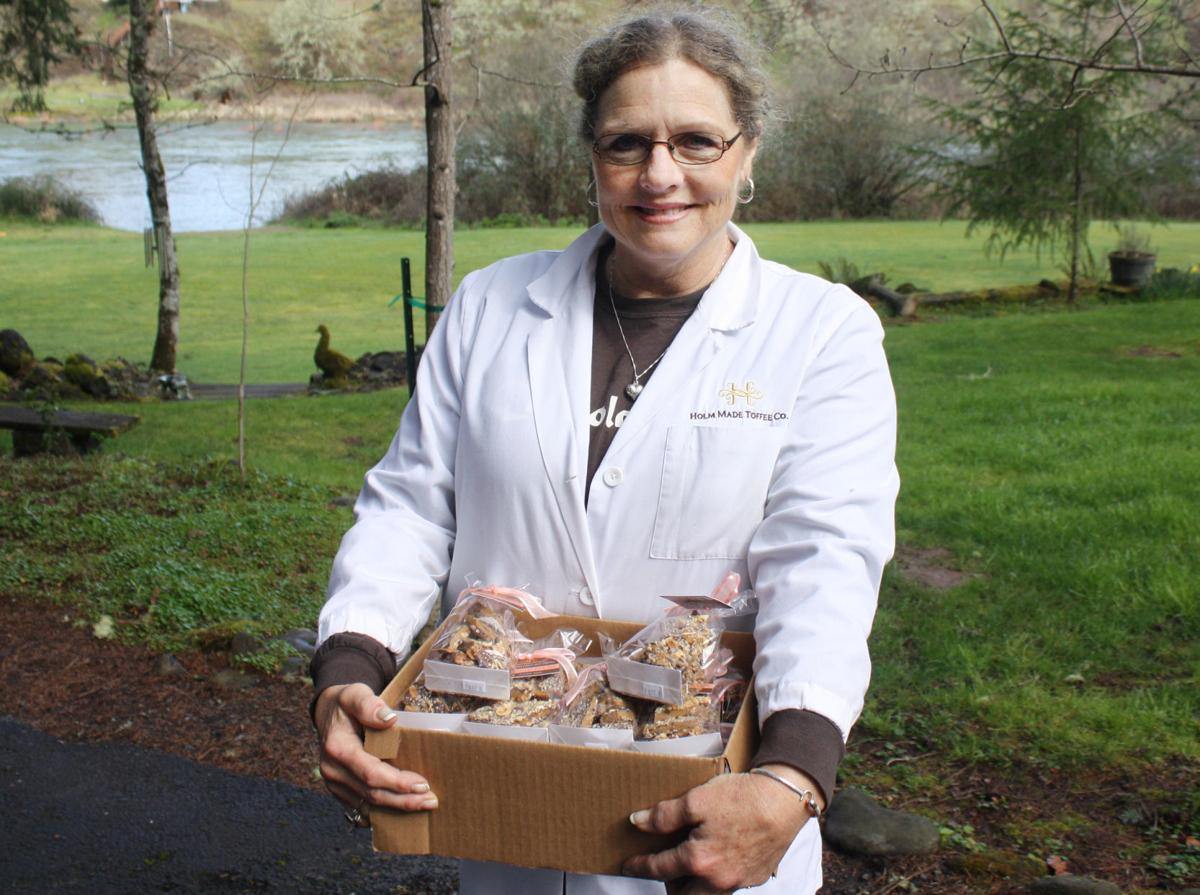 Donna Holm poses for a photo with a box of her toffees Friday at her property in Glide.

Donna Holm poses for a photo with her award-winning cardamom and vanilla toffee on Friday.

Donna Holm poses for a photo with a box of her toffees Friday at her property in Glide.

GLIDE— Holm Made Toffee Co.’s Cardamom and Vanilla Toffee were named as the best chocolate candy at the 14th Annual Oregon Chocolate Festival earlier this month in Ashland.

Donna Holm of Glide and her business partner and daughter-in-law, Randi Holm of Bend, were two of more than 40 artisan chocolatiers and vendors from Oregon, Washington and California at the festival.

The Cardamom and Vanilla flavor had received honorable mentions in 2015 and 2017, and Donna Holm said she appreciates all the recognition.

“That always lifts our spirits and motivates us to keep on pushing toward perfection,” Donna Holm said.

She said one of the judges at the competition remembered the toffee from the previous years, and praised how the Holms had adjusted the recipe. She added another judge said of all the candies there, the Holms’ toffee was the only one he could picture himself eating out of the bag while sitting in front of the television.

Randi Holm said she was thrilled with the win.

“We worked hard to fine-tune the recipe over the past three years,” Randi Holm said. “We love all our toffee flavors, but Cardamom and Vanilla has really been our pet project.”

Their inspiration for the recipe came from a bakery in Bend that uses cardamom in its bread. The Holms began experimenting with the spice and were pleasantly surprised by how good it tasted in their toffee.

Donna Holm had been making toffee from her Glide home for 25 years, sharing it with her friends and family. After teaching at Glide Elementary School for 14 years, she retired to join her husband, Bill Holm, in his business.

“When I retired, my husband passed away unexpectedly,” Donna Holm said. “I was left hanging and didn’t have a plan.” But she had her toffee and a family history of candy making, so in 2007 she decided to start the business.

“It filled a need to have a purpose for me, and it was time consuming,” she said. “When you’re grieving, it helps to have a focus and a purpose.” She said her family helped her too, and her children and grandchildren have been incredibly important to her.

She added that the Umpqua Small Business Development Center has been a big help too, providing resources and mentorship as she created her brand and began marketing.

Randi Holm, with a background in marketing and sales, joined her about five years ago and helped expand the business to Central Oregon.

“Randi has been a huge reason that we’ve continued to grow,” Donna Holm said.

Donna Holm’s grandfather and parents were candy makers as well. When she and her cousins were little kids, they would help their grandfather make taffy, pulling and stretching the candy before he would spread it out on a marble surface and score it on wax paper squares.

“When it was cool we would snap them and wrap them up in the wax paper and twist the edges,” Holm said. Her father also made peanut brittle and her mother would make candies called “Cleveland’s choice.”

Holm’s toffees are made with semisweet dark chocolate, cane sugar, real butter and Oregon hazelnuts, including some from the Umpqua Valley.

The toffees are available at stores and wineries around the state.

In addition to making some of the toffee from her home next to the North Umpqua River, Donna Holm offers part of her house as an Airbnb. Named the North Umpqua River Airbnb, the rental offers one to two bedrooms and a private entrance, along with a local bottle of wine and a bag of Holm Made Toffee.