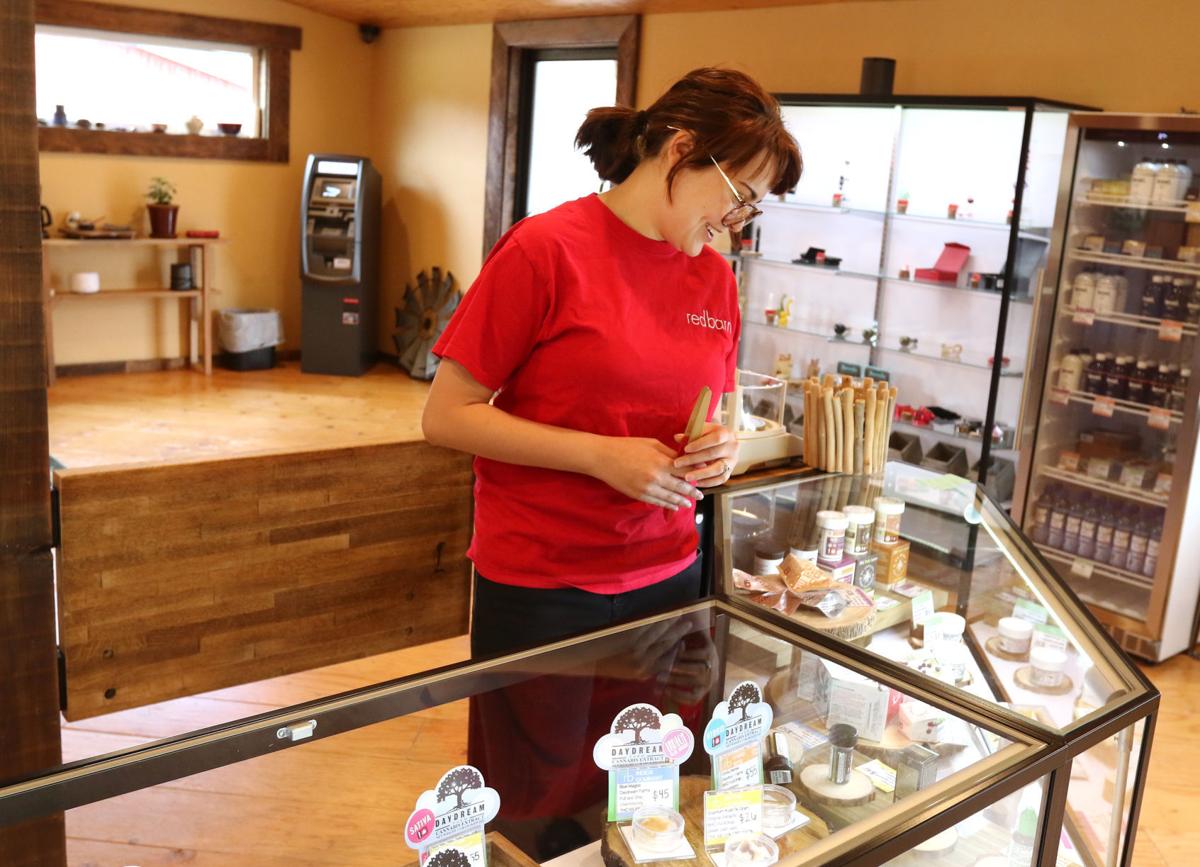 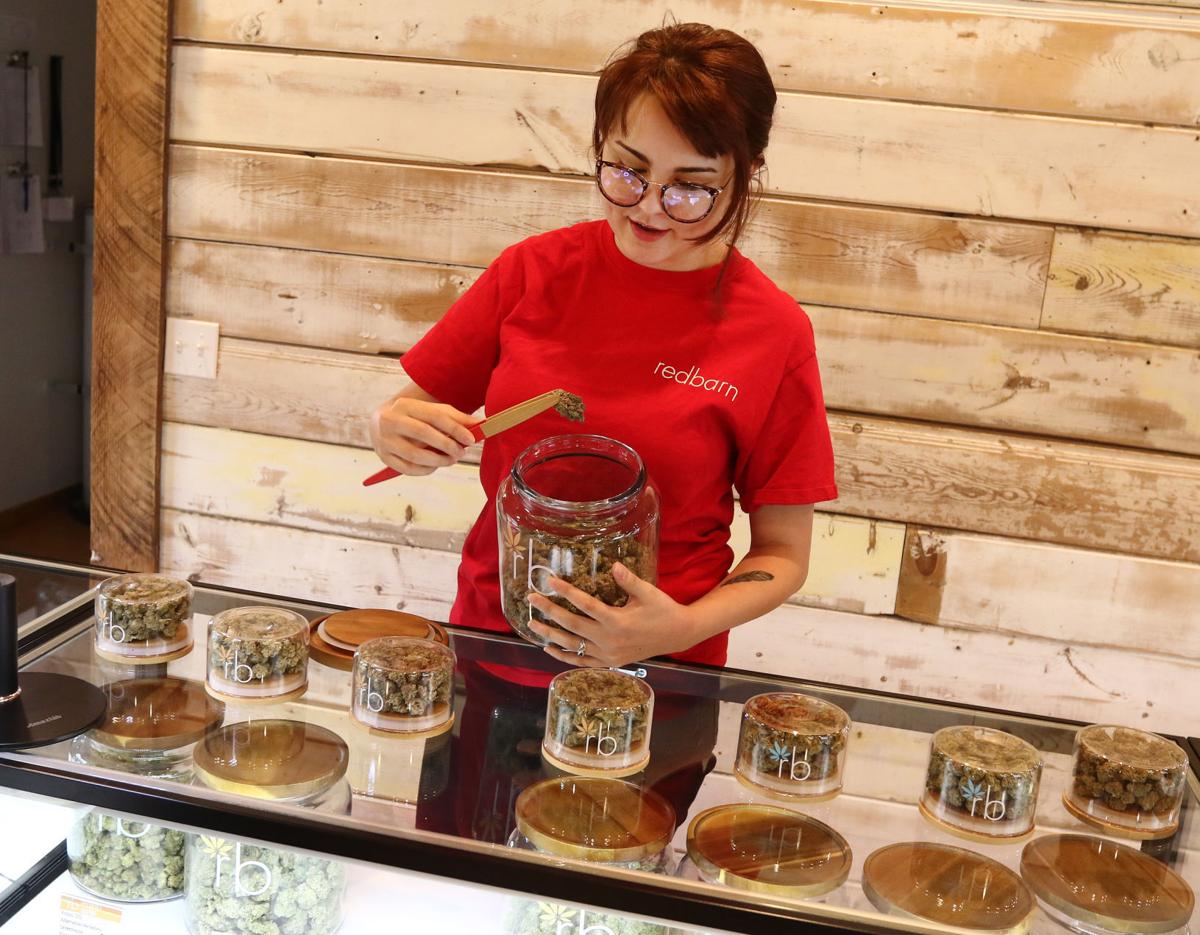 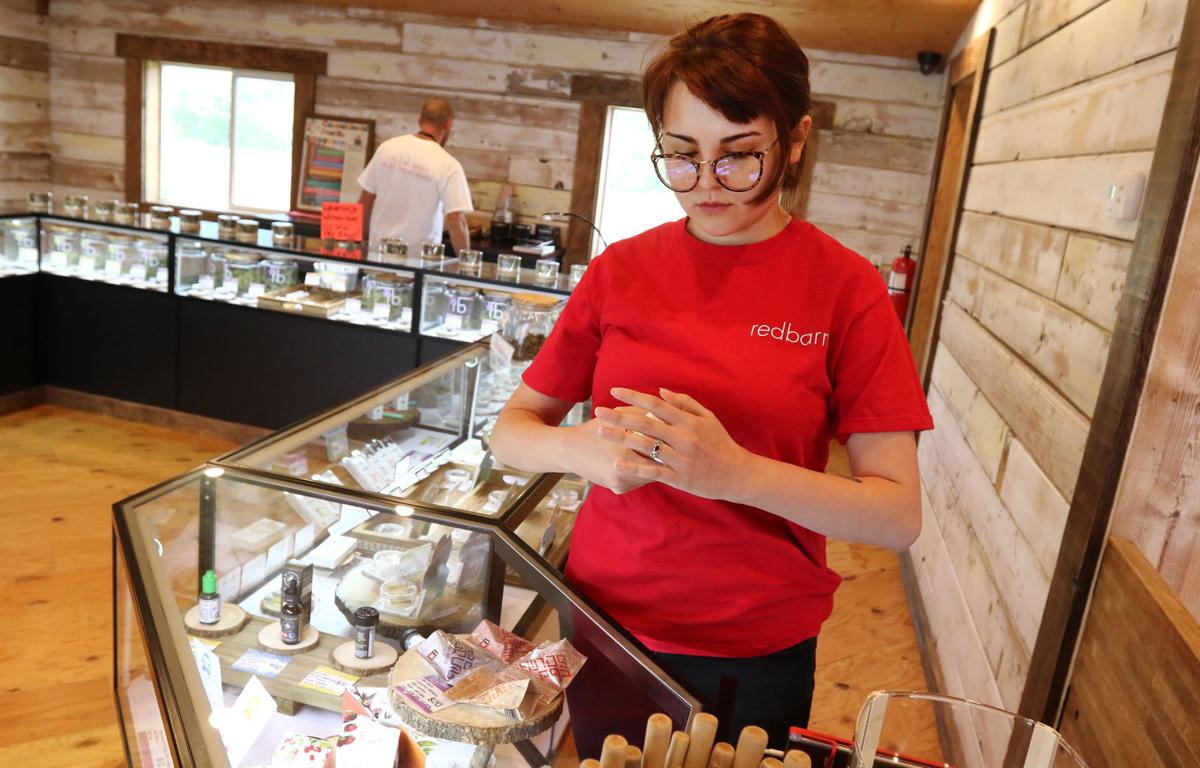 MYRTLE CREEK— South County residents won’t have to travel far for cannabis now that a new dispensary has opened in Myrtle Creek.

“I think the response has been overwhelming,” said Todd Theiss, who owns Redbarn Dispensary with his wife Serena Theiss. He added his customers tell him they’re glad they no longer have to drive to Roseburg or Eugene to get the products they want.

Todd Theiss said he was astounded at the amount of traffic Redbarn had opening day, Aug. 31, including people who had happened to stop by and others who told him they’d been long awaiting the grand opening.

“It’s been an extremely long and difficult road, but we’re glad we’re here to serve the residents of South County, and they’ve been showing their support,” Todd Theiss said. The patrons have represented all different age groups, and about half of them are 50 years old or older. The oldest customer so far has been a 95-year-old woman.

“It’s been a steady flow of traffic, and it appears each day gets a little bit better,” Theiss said.

“Everyone’s pleased with the setting and atmosphere we’ve provided,” Wagner said. As a farmer himself, Wagner said he’s aware of how the product should be grown, manicured and produced.

He added the community in general has welcomed the business with open arms.

“Redbarn is here to stay, and we have some big things in the works,” Wagner said. “We’re looking to become a big part of the Douglas County community, and we’re here to bring jobs to the community and good clean cannabis to the OLCC smokers of Oregon.”

“It’s been extremely challenging to maneuver through the land-use laws and find a spot and work with the city since they decided they wanted to opt in,” Theiss said.

Part of the property where Redbarn Dispensary now stands is within city limits, while another part had been unincorporated county property. The city was able to annex the rest of the property so the business could move forward.

Once Redbarn gained approval from the City of Myrtle Creek, it applied with the Oregon Liquor Control Commission, and the location itself went through what Theiss described as a significant remodel.

Theiss took a run down property next to his family’s fruit and vegetable stand, gutted it and renovated it to what it is today.

“He has spent a lot of time and money and completely remodeled everything down there, black-topped it, put in a nice display, and the inside of it is just pristine,” Brouillard said. “I’m tickled to death he’s spending his money in our area.”

Brouillard made the first purchase on opening day. Though he doesn’t partake in cannabis, he purchased the marijuana for his wife for medical reasons, and to show his support for the new business.

“The voters of Oregon approved it, the City of Myrtle Creek approved it, and he’s jumped through all the hoops and hasn’t short cut anything. He did everything right,” Brouillard said of Theiss.

Brouillard said he’s happy money is being spent in the Myrtle Creek community, the business has provided jobs for local people and the city receives tax revenue from having the dispensary operating. He estimated the city received about $65 in taxes just from the first day of business.

Sean Negherbon, city administrator, said it was a fairly smooth and straight forward process to get the business squared away with the city, and he’s excited to have a new business in town.

“He’s done a great job with the appearance of it and the operation certainly appears to be very professional,” he said. “It’s a nice addition to the city.”

this is a good thing for south county. may they live long and prosper