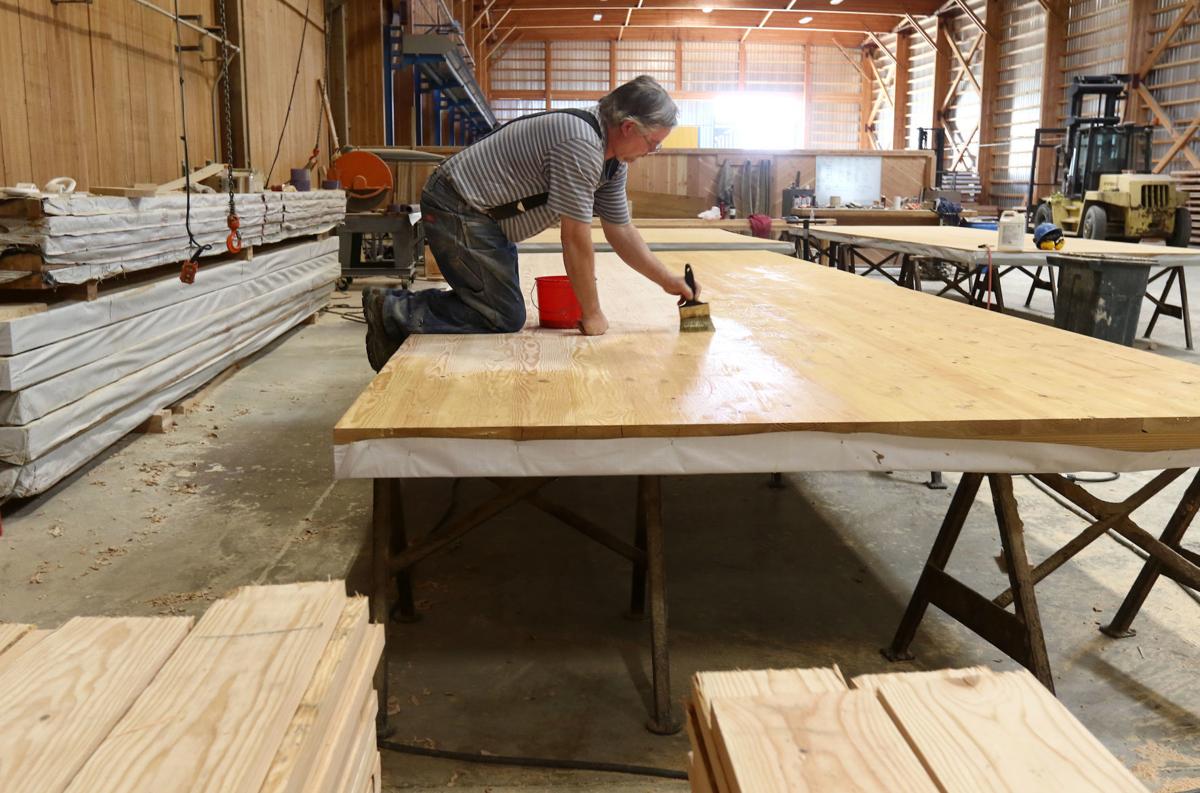 A technician applies a sealer to a cross laminated timber panel at D.R. Johnson Lumber Company in Riddle. 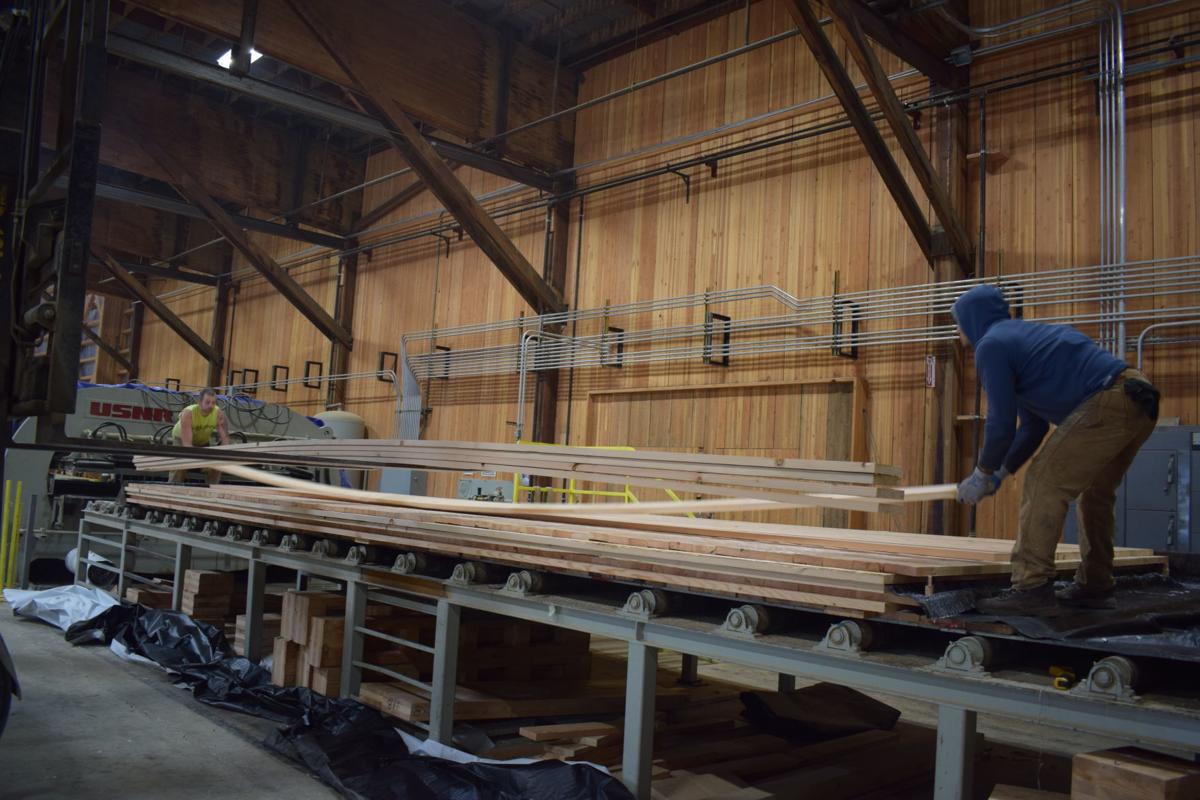 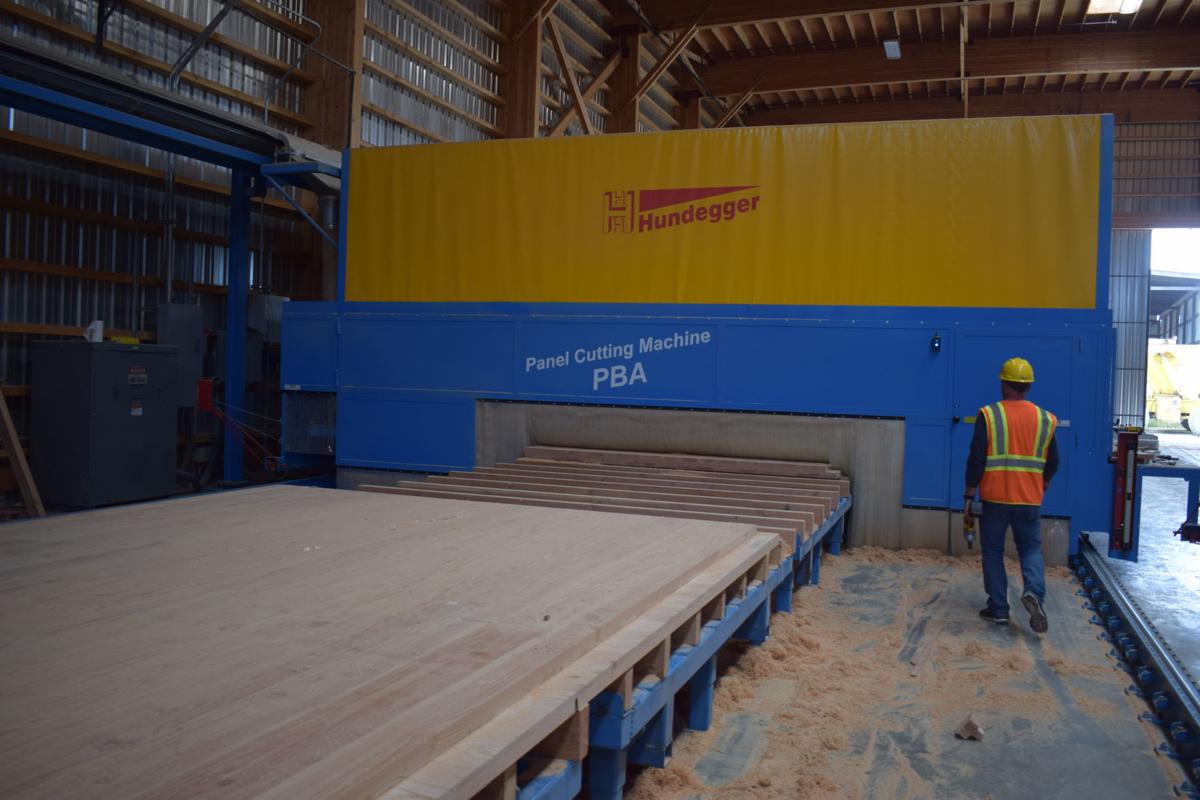 A technician applies a sealer to a cross laminated timber panel at D.R. Johnson Lumber Company in Riddle.

The production of cross-laminated timber, or CLT, has the potential to create significant job growth in the Pacific Northwest, according to a study published in July 2017 by Oregon BEST, a Portland-based nonprofit.

CLT is made of layers of glued 2-inch-thick dimensional wood crossing over each other at a 90 degree angle, creating a strong panel that can be used in tall buildings.

The 110-page study, “Advanced Wood Product Manufacturing Study for Cross-Laminated Timber Acceleration in Oregon and SW Washington,” was funded by $120,000 from the U.S. Economic Development Administration.

The study included wood products companies from across the region, including D.R. Johnson in Riddle, the first structurally certified CLT producer in the U.S.

Valerie Johnson, president of D.R. Johnson, said she agrees with the study that cross-laminated timber will increase employment for rural areas in Oregon like Douglas County.

“The community is part of the fabric of this company. It’s not only where our employees live it’s where our families have grown up and continue to live, and making this a successful venture is really important to us,” Johnson said. “We’re giving it all we can because we really want it to be successful.”

CLT requires hiring new employees with a range of education and skill levels, including expert engineers and skilled laborers, as well as those in shipping and handling and more.

“There are jobs created for this that are not necessarily going to take a four- or five-year college degree, but they may take a year at the community college or an apprenticeship with us, and that is good for our company and for the community,” Johnson said. “It gives people hope there is a new very resilient market for a new product that is going to help grow employment back, and it’s wonderful to have that employment develop here in rural communities which have been hit so badly from the 2006 and 2007 recession.”

So far, D.R. Johnson has added 12 employees for the CLT plant, and expects to add a second shift with eight to 10 more employees within the next year.

According to an economic analysis by Business Oregon included in the study, CLT and related mass timber manufacturing has the potential to create 2,000 to 6,000 direct jobs in Oregon, and jobs created indirectly could push that estimate up to 5,800 to 17,300 jobs.

Johnson said the authors of the report did their best to show the potential benefits of CLT, though some of the data is inaccurate after the two years it took to complete the study.

“The details missed the mark in a lot of areas but it gives a broad brush look at what’s possible,” Johnson said. “The current market and potential for sale are significantly greater than what the report shows.”

However, she said she still thinks the conclusions reached in the report are relevant.

Tricia Clemans, in charge of special projects management and research for Oregon BEST, said the study was meant to identify where the market is growing and the potential economic benefits of CLT.

“Another aspect of the study is looking at the supply chain, and that’s a really big interest area for our region, because we do have so many sawmills,” Clemans said. CLT requires dry lumber, so sawmills with kiln drying capacity will be in demand. The Roseburg Forest Products mill in Dillard and the Swanson Group mills in Glendale and Roseburg are among the sawmills producing the correct grades of kiln-dried lumber that can be used in CLT.

“It takes a natural resource that’s growing in our backyard and we’re able to process it and add engineered value to it, that’s job creation and revenue, and put that out into the market,” Clemans said, adding there’s a big market for “green” buildings with lower carbon footprints CLT can participate in.

Younger, smaller trees, such as those cut to thin fire-prone forests, can be used in the production of CLT compared to trees needed for other wood products.

“Building with wood represents a huge opportunity to have that carbon-mitigating impact that is very sought after around the world, and Oregon has a great capacity to produce wood products,” Kenney said. He said the market will potentially be very large for cross-laminated timber, but the remaining question is how many years it will take to get to that point.

Though a single CLT facility creates a handful of jobs, he said there is potential for the creation of many facilities through the region that could provide products around the world.

“One of the challenging things in the economic development profession is finding ways global trends can drive economic growth in rural parts of our country,” Kenney said. “We found it will take some time and it will take that growth and demand to generate the jobs ultimately in the supply chain, but it does represent a significant economic opportunity for Oregon, especially in rural Oregon.”

To view the study, visit http://oregonbest.org/index.php?id=472.

Want to start a new business? This free money could help

Smart Energy: ‘Tis the season – for higher energy use