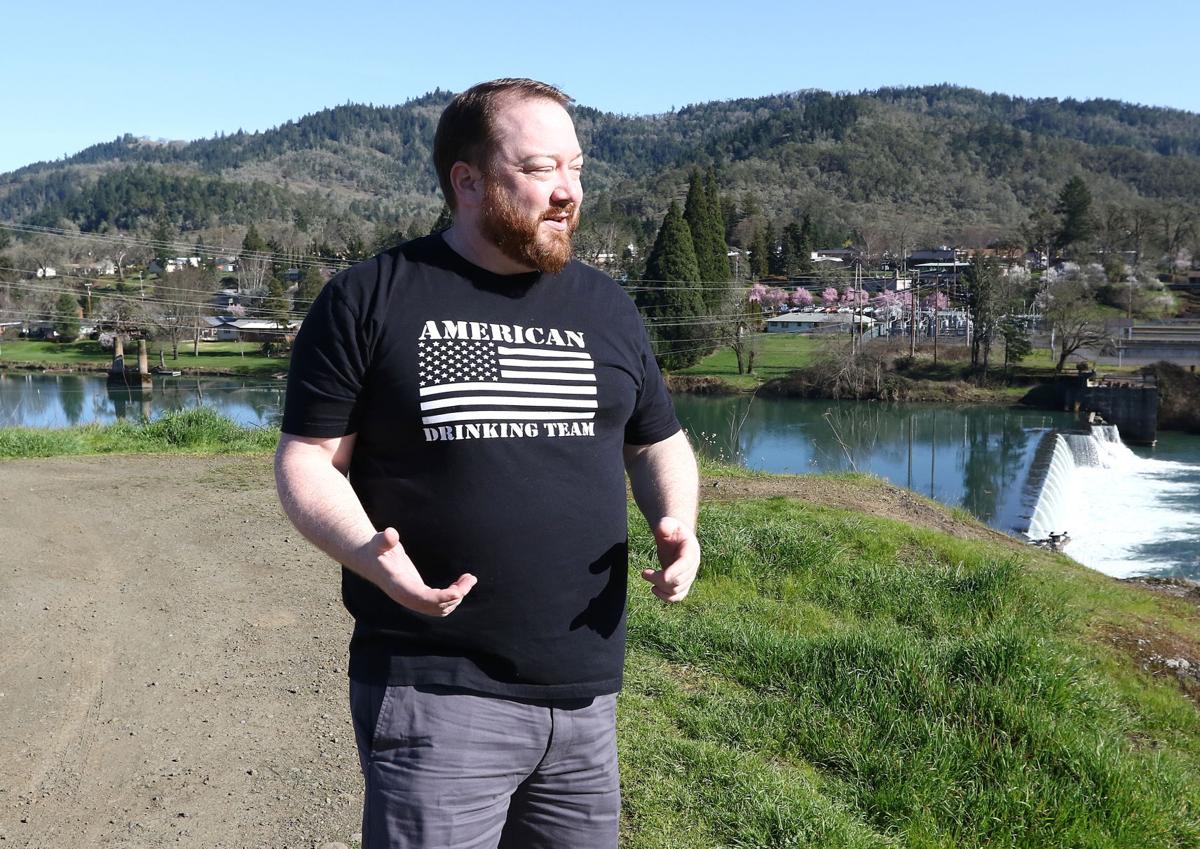 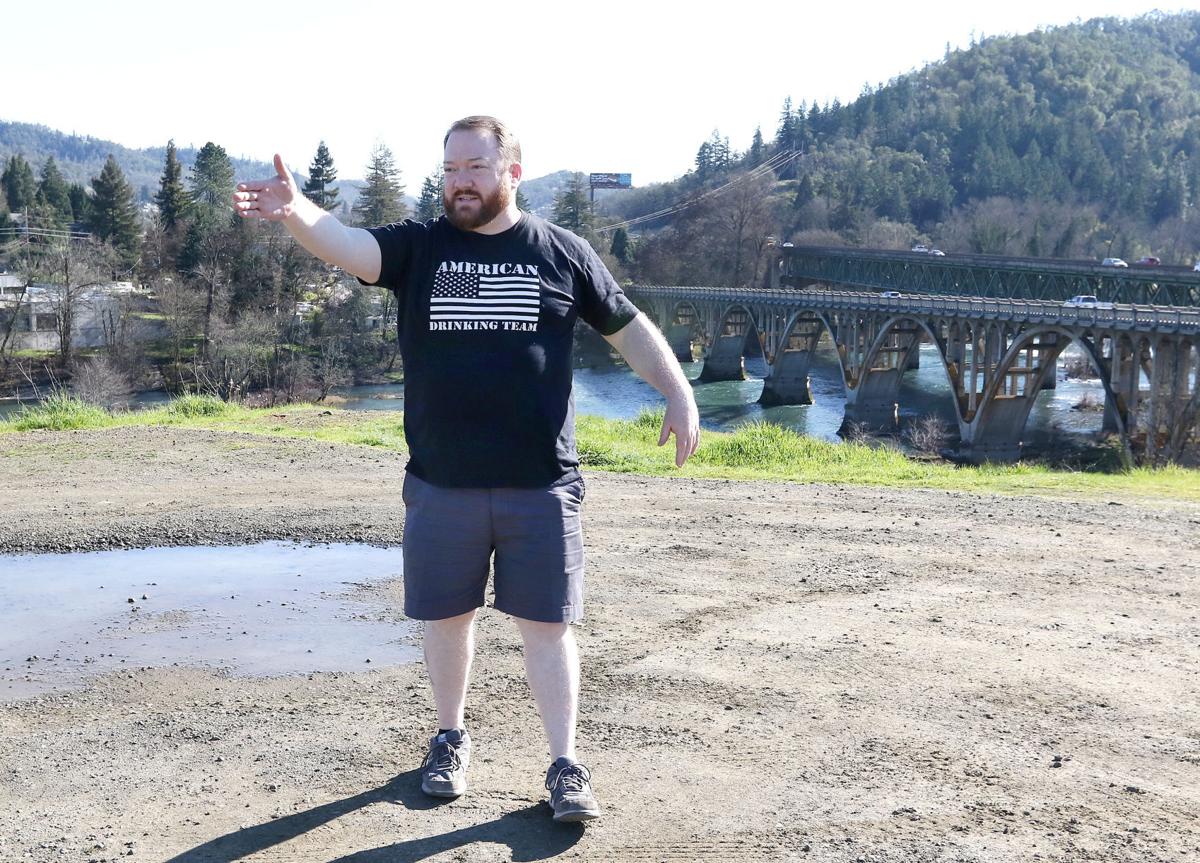 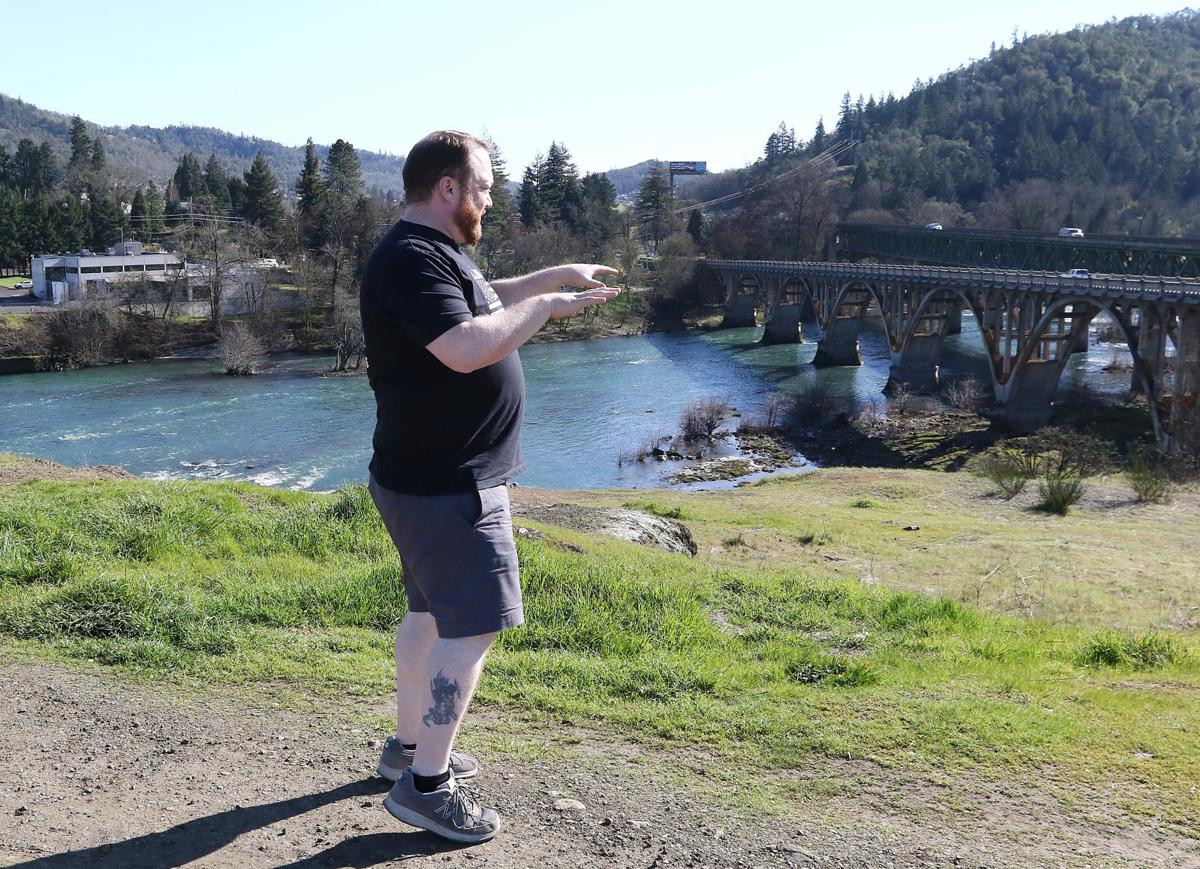 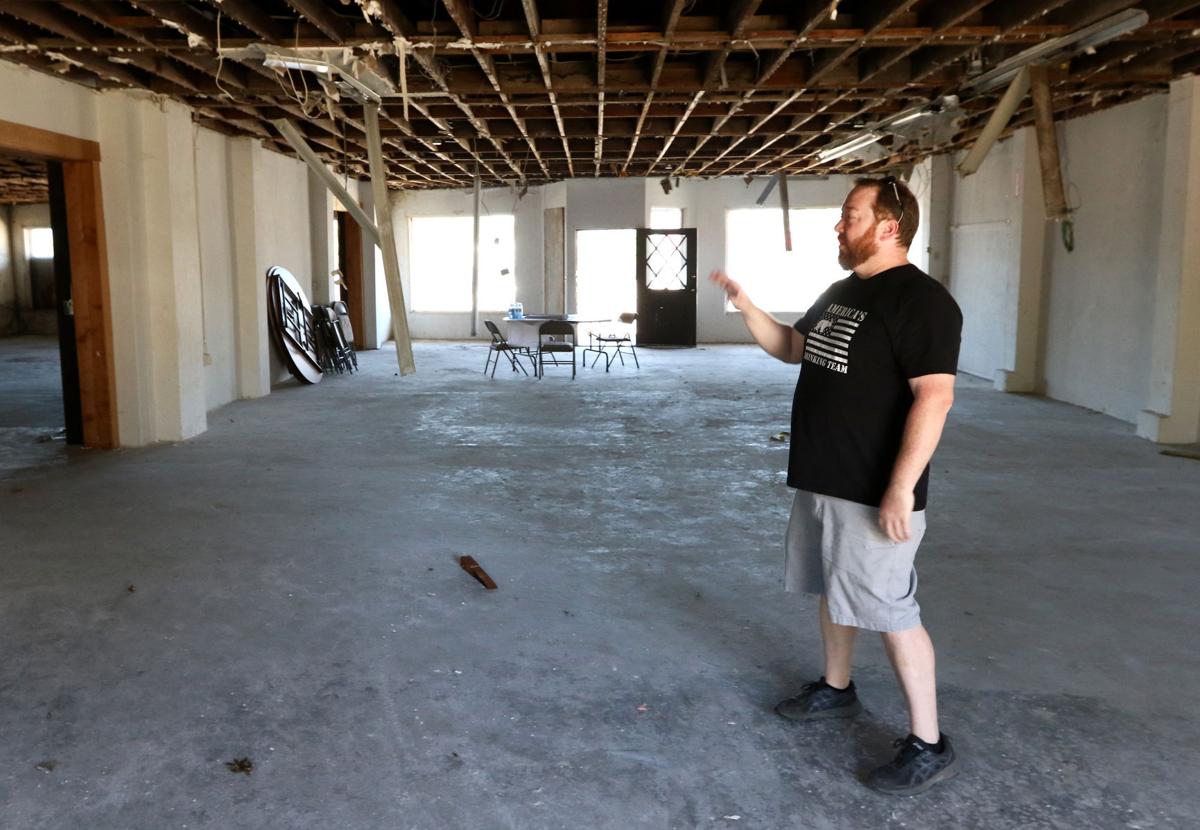 Sam Gross discusses the floor plan for a new Loggers restaurant that will be built into the Old West Building in Winston in August. 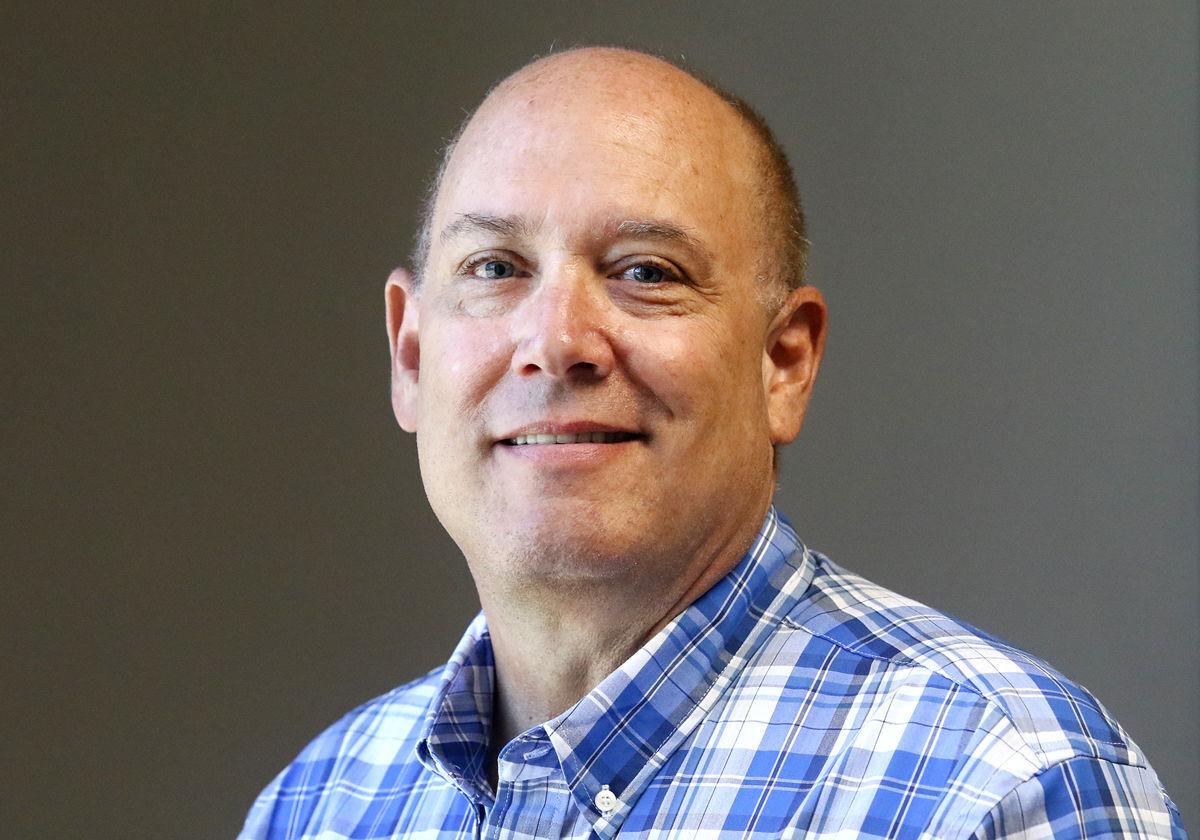 Sam Gross discusses the floor plan for a new Loggers restaurant that will be built into the Old West Building in Winston in August.

Say what you want about Sam Gross, but the man stays busy.

While dealing with that, Gross has also been overseeing work on his second Loggers Tap House, going up in Winston. That project entails renovating a 75-year-old building that had sat vacant for years. Gross is looking to open that Loggers next month.

If that weren’t enough, Gross is also working up plans for a new Loggers Tap House overlooking the Winchester Dam on the North Umpqua River. Actually, it’s more of a Loggers Plus, with a traditional brewpub and a number of food trucks outside.

As I wrote in August, the lease for the Loggers Tap House in Roseburg is up at the end of the year and Gross wants a bigger space. Now he says he’s found it in the form of a 6-acre parcel overlooking the dam. The address: 0 Highway 99 North.

“I’m not really sure how addresses work, so that might change once there is a building,” Gross said. “We chose the spot due to the amazing view and proximity to I-5. We’d eventually like to have a gas station on the property to attract people traveling up and down I-5.”

Gross said he plans to develop this new venture in phases.

Phase 1 will consist of a steel-frame building on the edge of the cliff by the dam, with Loggers Tap House and a bar inside, and as many as eight food trucks outside. Phase 2 calls for enlarging the building and putting nine restaurants and a bar inside, all sharing the same space.

Gross got the idea after visiting a food park in Salem that had 18 food carts.

He is shooting to open Phase 1 in about a year or so.

The concept already seems to be a hit, judging by the reaction to it on Facebook.

“That’s awesome! I know the college is going to love having someplace close to grab some food! With the cafeteria gone, we don’t have much in the way of real food anymore,” one person wrote.

“Yeah, a restaurant overlooking the Dam! That would be way cool,” another posted.

‘TOO EASY’While the Winchester Dam project is ambitious, if anyone has the background to pull it off, Gross does.

He opened Loggers Pizza in 2009 at 1350 NE Stephens St. in Roseburg. In 2013 he leased the old Beef N Brew building at 2060 NW Stewart Parkway and opened Loggers Tap House — named after the three dozen beers and ciders on tap.

In addition to running the restaurant, Gross is also associated with the local Small Business Development Center, where he helps entrepreneurs get their businesses off the ground. Gross said he hopes to use that background and those connections to work his magic with the Logger’s Tap House at 0 Highway 99 North project.

“We are going to be on the lookout for food entrepreneurs with amazing food concepts to be a part of the food park, so we are happy to begin those conversations now,” he said.

As for the restaurant in Winston, while there have been delays, the project is inching toward the finish line.

The 4,000 square-foot place is located in a 75-year-old building in the first block of Northeast Main Street where it intersects with Highway 42, which had been vacant for years. The remodel features a patio out back, which actually now is the entrance. The new spot should easily hold 100 people, Gross said.

It will be a cross between Loggers Pizza and the current Loggers Tap House, he said. The scaled-back menu will focus on pizza, wings and beer, something that will be convenient for dine-in and to-go customers.

There will be about a half-dozen large TVs, a high ceiling and a wall featuring a gas fireplace with the Loggers Tap House above it. Gross calls it the Instagram Wall, a place for visitors to stop and snap selfies.

As you can see, in addition to staying busy Gross is also ambitious. Plans call for Phase 1 of his Winchester Dam establishment to cover more than 7,000 square feet. I told him, considering how big it is, he could set the local record for the most TVs in one place. His reply?