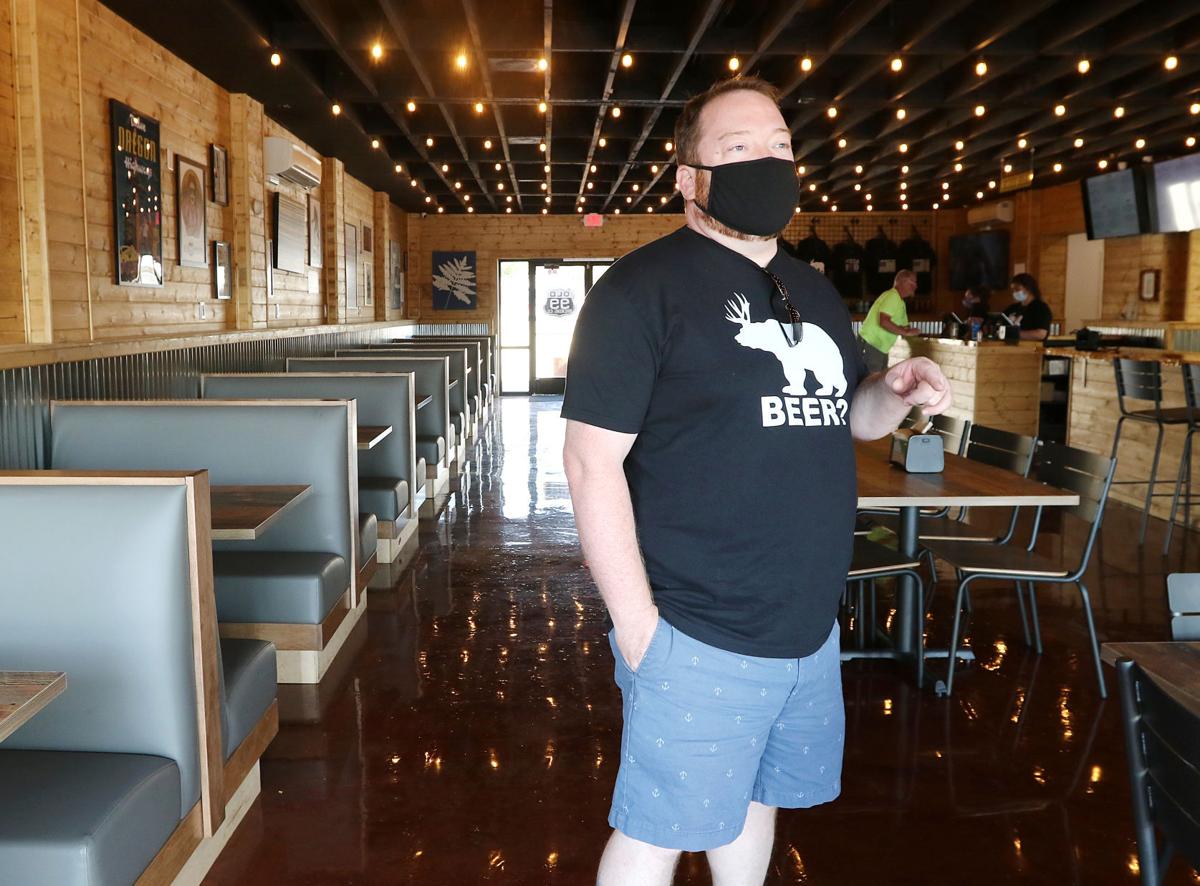 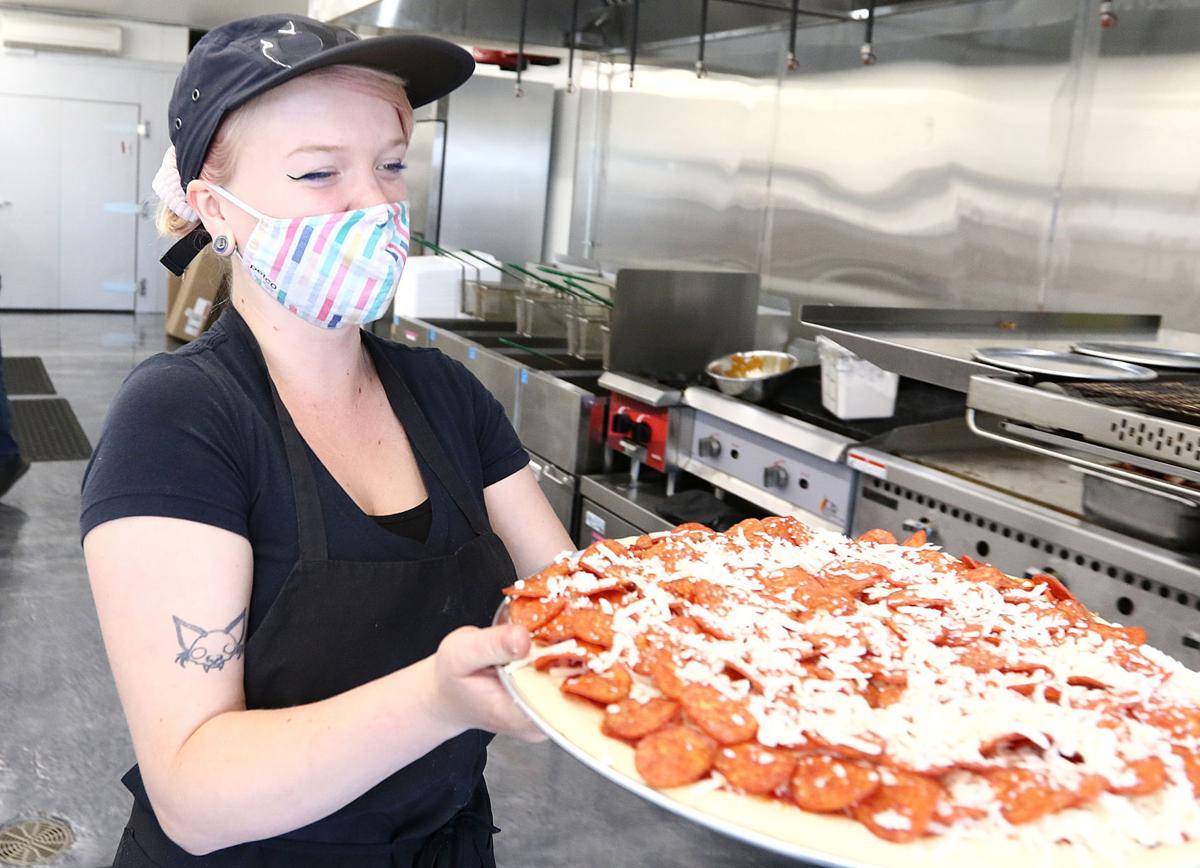 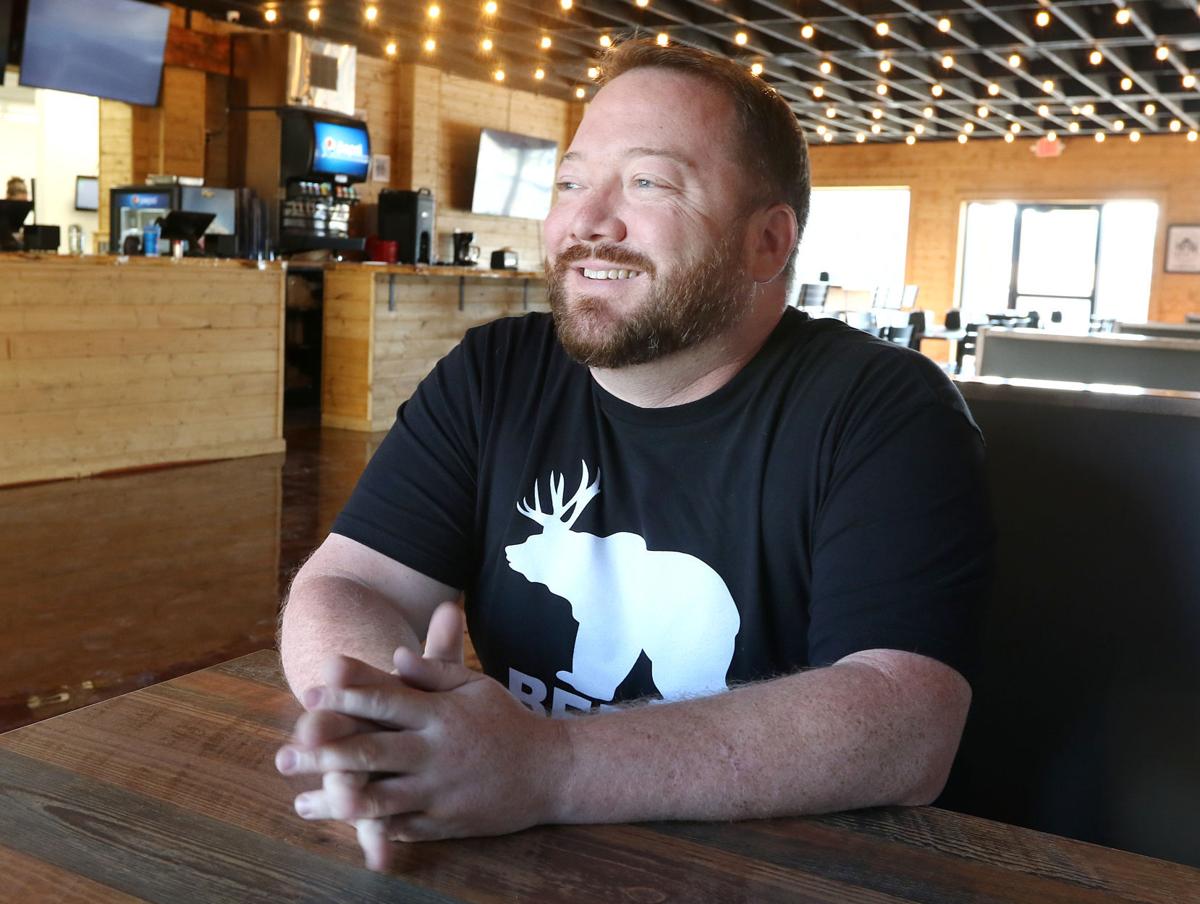 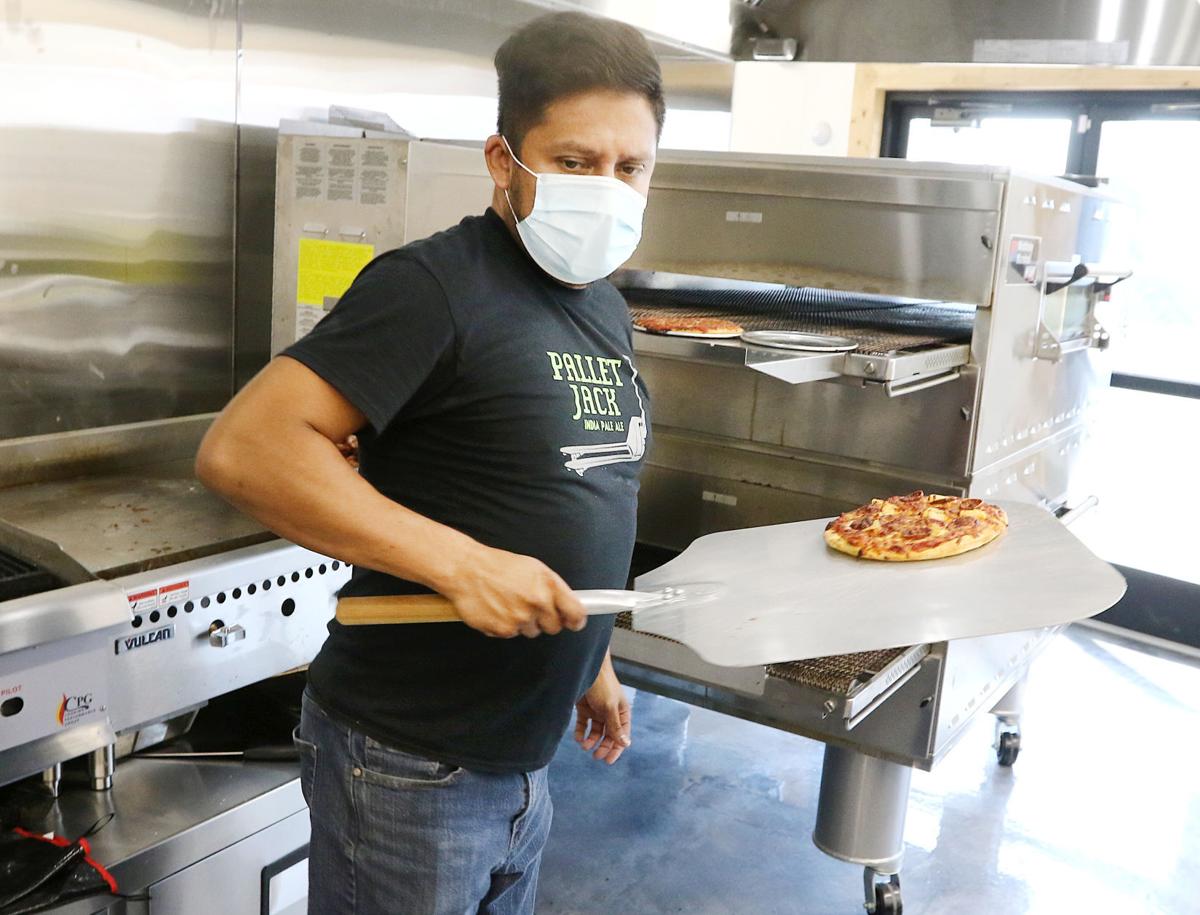 The floor is shiny and the full-length wooden bar is even shinier. It’s been a bit of a wait but Loggers Tap House in Winston is open for business.

The restaurant, located at 41 NE Main Street, where it intersects with Highway 42, had a soft opening Sept. 10 and is still working out some of the kinks. There is some touch-up work being done on the patio behind the restaurant, which is actually the entrance. There are still some tweaks being made to the menu.

But the beer is cold, the TVs work and on this past Friday a light but steady stream of customers came in to check the place out.

The restaurant spreads out over nearly 4,000 square feet, plus the patio. It is designed to hold about 75 people comfortably inside and another 40 or so outside, Gross said.

As you enter there is a waiting area filled with Loggers swag — T-shirts, hats, water bottles and the like. There is a row of booths along one wall and more seating in the middle of the main room. There are posters on the walls featuring things like how beer is made, different types of pizzas and Oregon Highways.

Rows of lights hang from the ceiling and are reflected on the floor, creating a festive atmosphere.

But the real eye-catching feature in the restaurant is the wooden bar, which runs more than half the length of the entire rectangular space. A still-empty room on the side will become the lottery room, Gross said.

There currently are about 10 employees and Gross said he is still looking to hire more staff.

This is the third Loggers that Gross has opened.

He opened Loggers Pizza in 2009 at 1350 NE Stephens St., Roseburg. In 2013, he leased the old Beef N Brew building at 2060 NW Stewart Parkway and opened Loggers Tap House — named after the three dozen beers and ciders on tap.

The Winston restaurant is intended to be a cross between the original Loggers Pizza and the current Loggers Tap House, Gross said in an earlier interview. The plan is to reduce the menu — focusing on pizza, wings and beer — making it more efficient to run while being fast and convenient for both dine-in and to-go customers, he said.

“We’re trying to create the perfect business model that we can duplicate across the state in the years to come,” Gross said.

Gross is also working on plans for a new Loggers that he intends to build from the ground up on 6 acres of land he bought overlooking the Winchester Dam on the North Umpqua River.

Gross said he chose the spot “due to the amazing view and proximity to I-5.”

He plans to develop the venture in phases. Phase 1 will consist of a steel-frame building on the edge of the cliff by the dam, with Loggers Tap House and a bar inside, and as many as eight food trucks outside. Phase 1 will cover more than 7,000 square feet.

Phase 2 calls for enlarging the building and putting nine restaurants and a bar inside, all sharing the same space. Gross said he is still working out the financing on the construction of the restaurant.

The last thing the Winchester dam needs is a restaurant.

Loggers Tap House applied for and received $435,382 of Paycheck Protection Program money (below link) from the Federal Government on April 14, 2020 and on February 2, 2021 as part of the CARES Act coronavirus stimulus program.

But he's still waiting on financing (per the article!)

Mike - You know that the plans for the Winston location were already in the works before Covid. He had just signed the lease when the state got locked down in Mar/Apr 2020. Many businesses in Douglas County got PPP to help keep the from going under through the pro-longed lockdown, and they all had to provide proof that the funds were only used to pay approved expenses or they would need to pay back the loan. Nothing against Roseburg Disposal, but from looking at the link provided, they received $301k, and I don’t recall any real lockdown restrictions on picking up garbage, so should we start calling them out and questioning their actions and motives? I don’t think so. We need to be grateful for any and all local businesses that were able to survive, continue operations and maybe even still be able to move forward with their future plans, all of which provide jobs, taxes, rental income, and all the things that keep a local economy afloat. I am disgusted by the way you continue to disparage some of our local businesses in this space - we all know how you feel, so how about finding more positive and uplifting things to focus on?

According to the attached article in 2021 and AFTER having received his second PPP payment;

"Gross has also been overseeing work on his second Loggers Tap House, going up in Winston. That project entails renovating a 75-year-old building that had sat vacant for years. Gross is looking to open that Loggers next month. If that weren’t enough, Gross is also working up plans for a new (3rd) Loggers Tap House overlooking the Winchester Dam on the North Umpqua River."