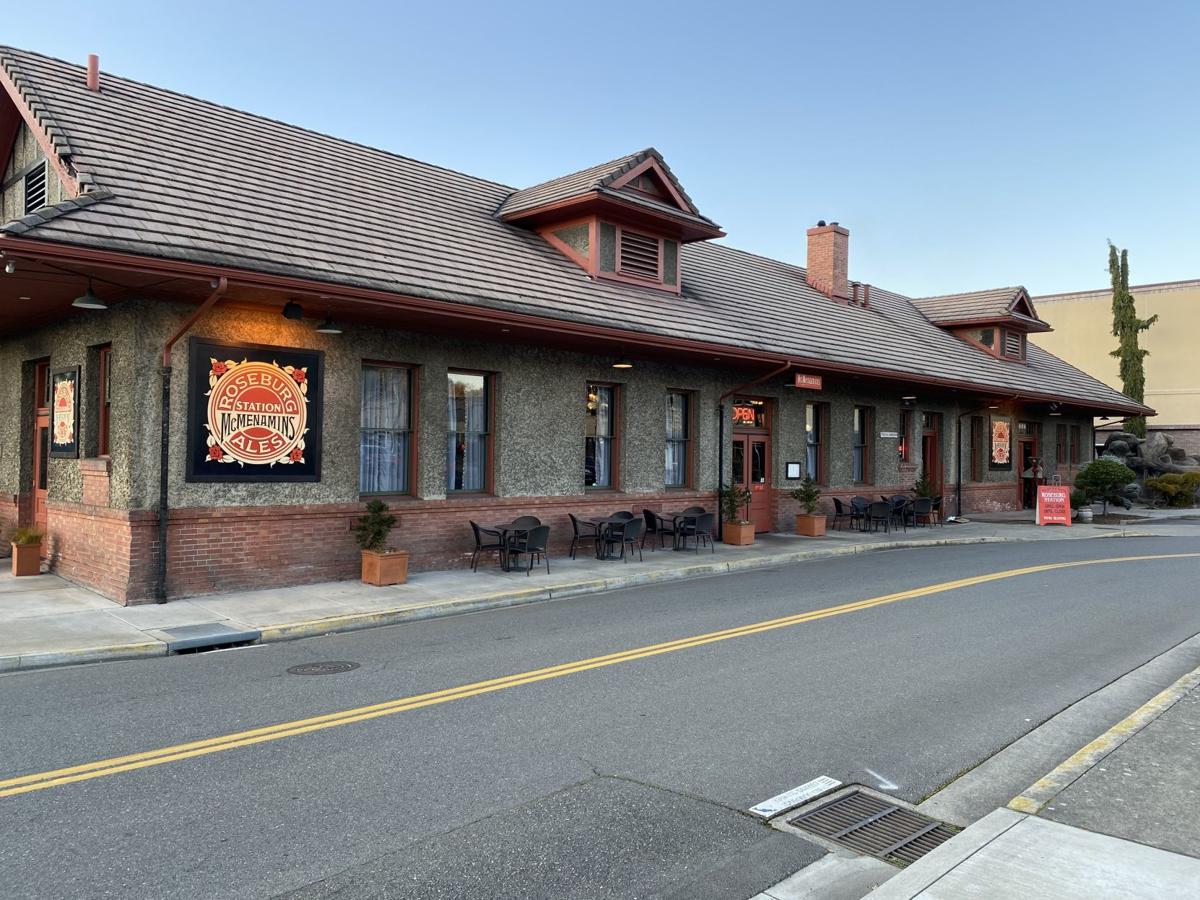 McMenamins in downtown Roseburg is housed in the historic train depot, which was built in 1912. 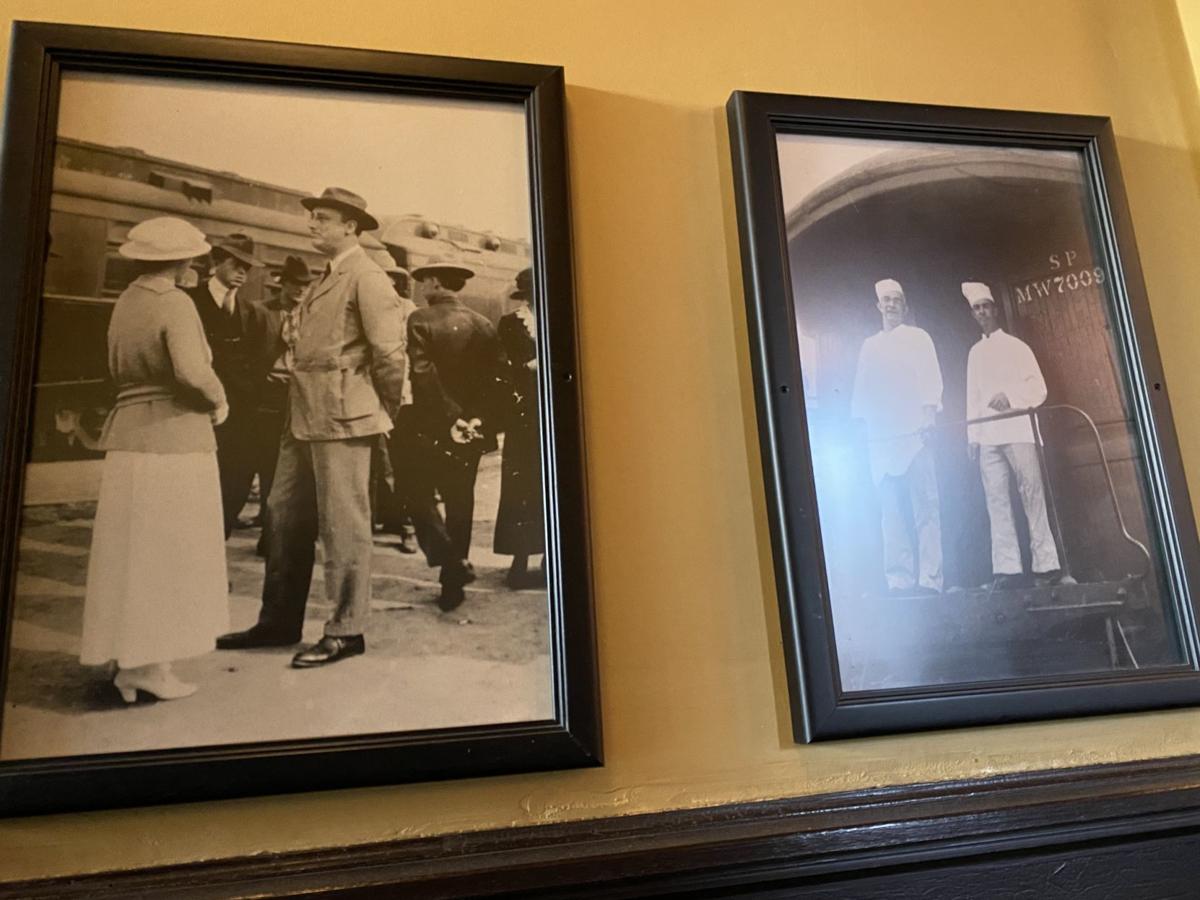 Historic photos line the walls of the McMenamins in Roseburg.

McMenamins in downtown Roseburg is housed in the historic train depot, which was built in 1912.

Historic photos line the walls of the McMenamins in Roseburg.

When KC and Savannah McKillip were looking for a spot to put their second Backside Brewing Co. pub, one of the things that sold them on the property they eventually chose was its history.

The building at 105 W. Central Ave. in downtown Sutherlin is more than a century old and features beautiful wood floors, a tin ceiling and exposed brick walls. For decades the building housed Culver’s Market, run by the infamous Grandpa Jack Culver.

The McKillips say they plan to incorporate the history of the building, including old photos and maybe even historic items from the market, as design elements. Sutherlin City Manager Jerry Gillham said plans are underway to renovate some other historic buildings in the area to help bring more business in.

Sutherlin is not alone in its effort to showcase historic buildings. In downtown Roseburg, Trevor Mauch, who recently purchased the old Roseburg Book and Stationery building on Southeast Jackson Street, said he’s researching the history of the historic property and intends to incorporate it into the design.

A few blocks south the owners of The Sunnyside, 663 SE Jackson St., are incorporating the history of that building — wood floors, exposed brick walls and even a basement they are turning into an old fashioned speakeasy — into a beautiful live music venue.

Perhaps the best example of a local business incorporating the history of the building it is housed in is McMenamins Roseburg Station Pub & Brewery, located in the old train depot at 700 SE Sheridan St. I happened to be a business reporter here back in 1999, when that McMenamins opened, and let me tell you it was a big deal. Still is.

First a side note about McMenamins, for those who may not be familiar with the restaurant/hotel chain.

McMenamins was founded by brothers Mike and Brian McMenamin, who grew up in northeast Portland. They trace the beginning of McMenamins to the 1974 opening of Produce Row Café. In 1985, McMenamins opened Oregon’s first brewpub in the Southwest Portland neighborhood of Hillsdale.

Their first theater pub, and the first in Oregon, was the Mission Theater & Pub, which opened in Portland in 1987. In 1990, the brothers converted a 74-acre site, which had been a poor farm, into McMenamins Edgefield.

Over the decades the McMenamins have focused on buying and restoring historic properties. In the Portland area alone there’s the White Eagle Saloon & Hotel, which was built in 1905; the Crystal Hotel, built in 1911; the Edgefield Hotel, also built in 1911; and the Bagdad Theater & Pub, which dates back to 1927.

Each of the historic McMenamins properties has its own historical narrative, featured on that property’s web site and in artwork and objects inside.

And then there is the Roseburg Train depot, which was built in 1912.

The McMenamins had their own historian on staff, who researched the history of the train depot, and greater Roseburg, and wrote a story about it. The McMenamins then found dozens of historic photos taken at or around the depot, reproduced them and put them on the walls throughout the pub. They also hired local artists to paint scenes depicting some of that rich history — men laying railroad tracks, workers taking a break around a campfire, and the like.

All told the McMenamins’ features more than 60 paintings, photographs and fixtures, each with its own historic descriptions and location in the restaurant.

The web site for the Roseburg McMenamins contains a brief description of each item. There is also a short narrative on the history of the train depot, written by McMenamins staff historian Tim Hills.

I don’t go to McMenamins that often, but when I do I usually take a gander at the artwork and photos on the walls. The place managed to capture the history of the building, and indeed an era, and present it in a modern, attractive way.

Other property owners in the region are doing the same, bringing their properties up to date by looking backward.