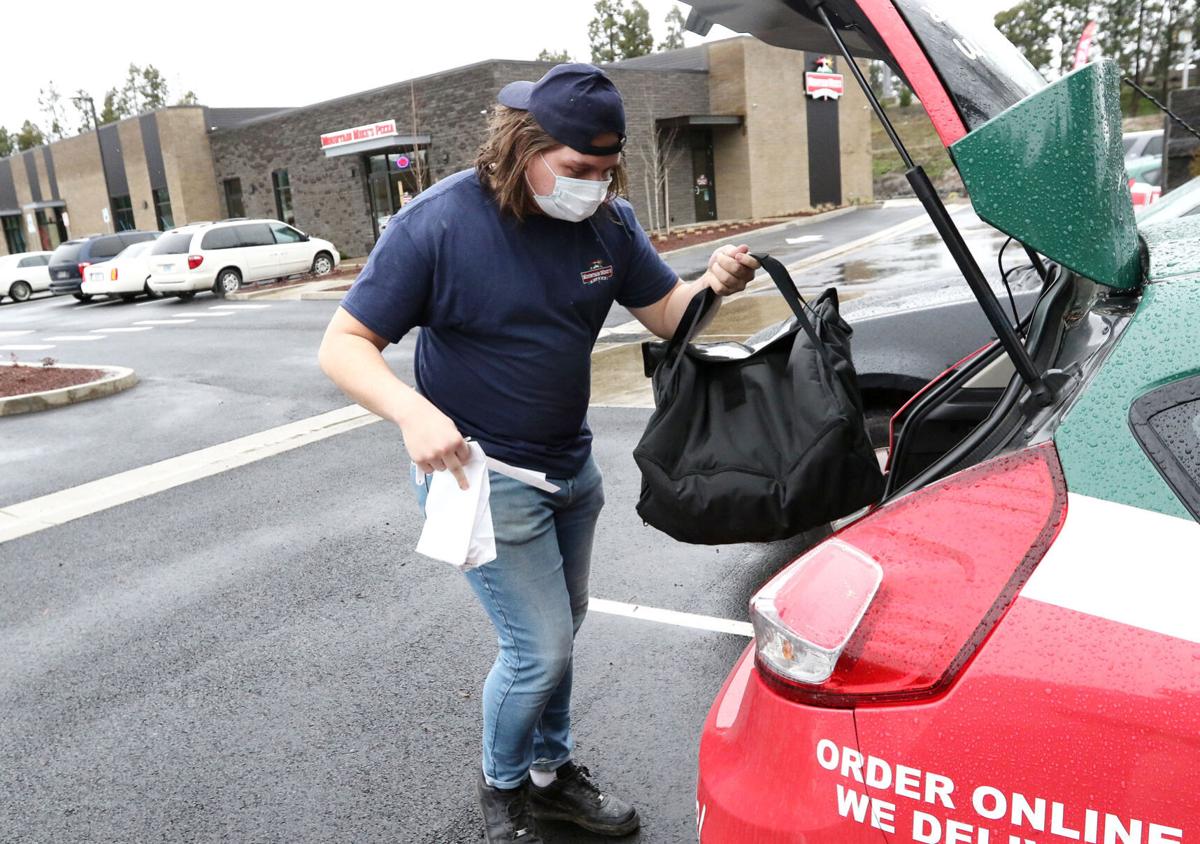 Mountain Mike’s Pizza delivery driver Carson Ellis prepares to deliver a meal in Roseburg last month. For many Americans, pizza has been a perfect pandemic option, a comfort food for a time that is anything but comfortable. 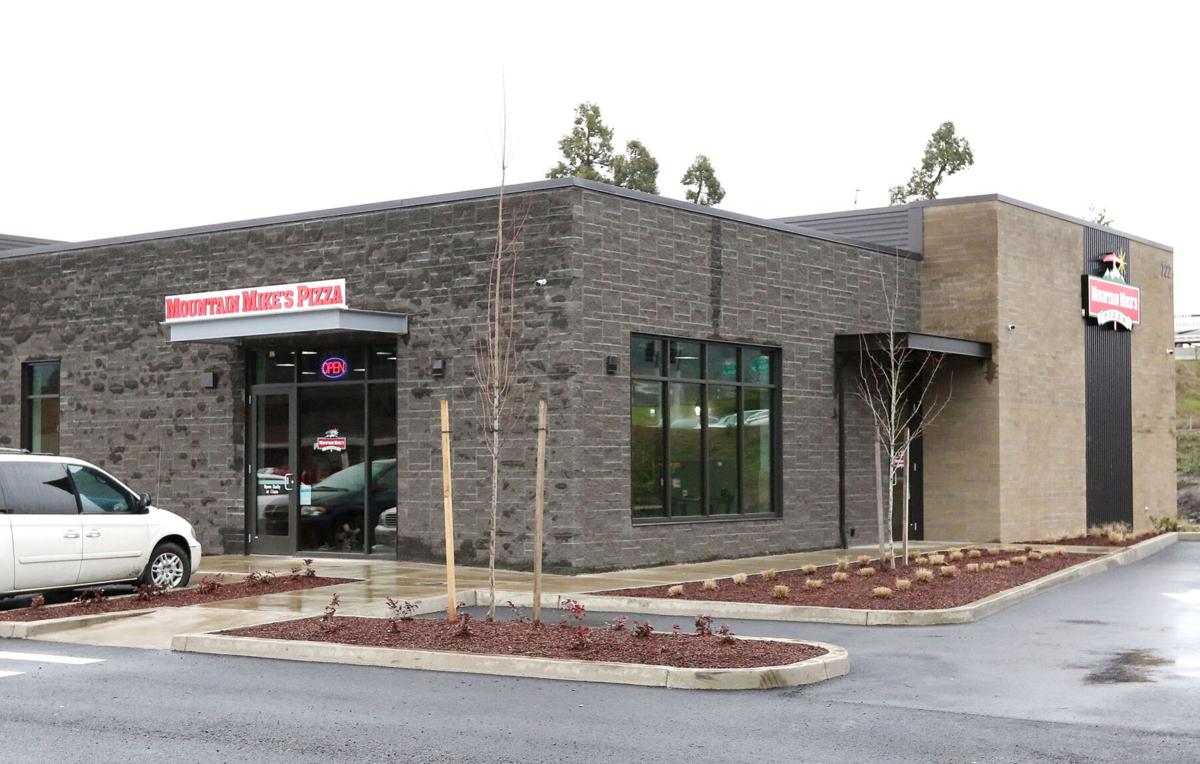 Mountain Mike’s Pizza in Roseburg. Pizza sales were up last year despite the pandemic. 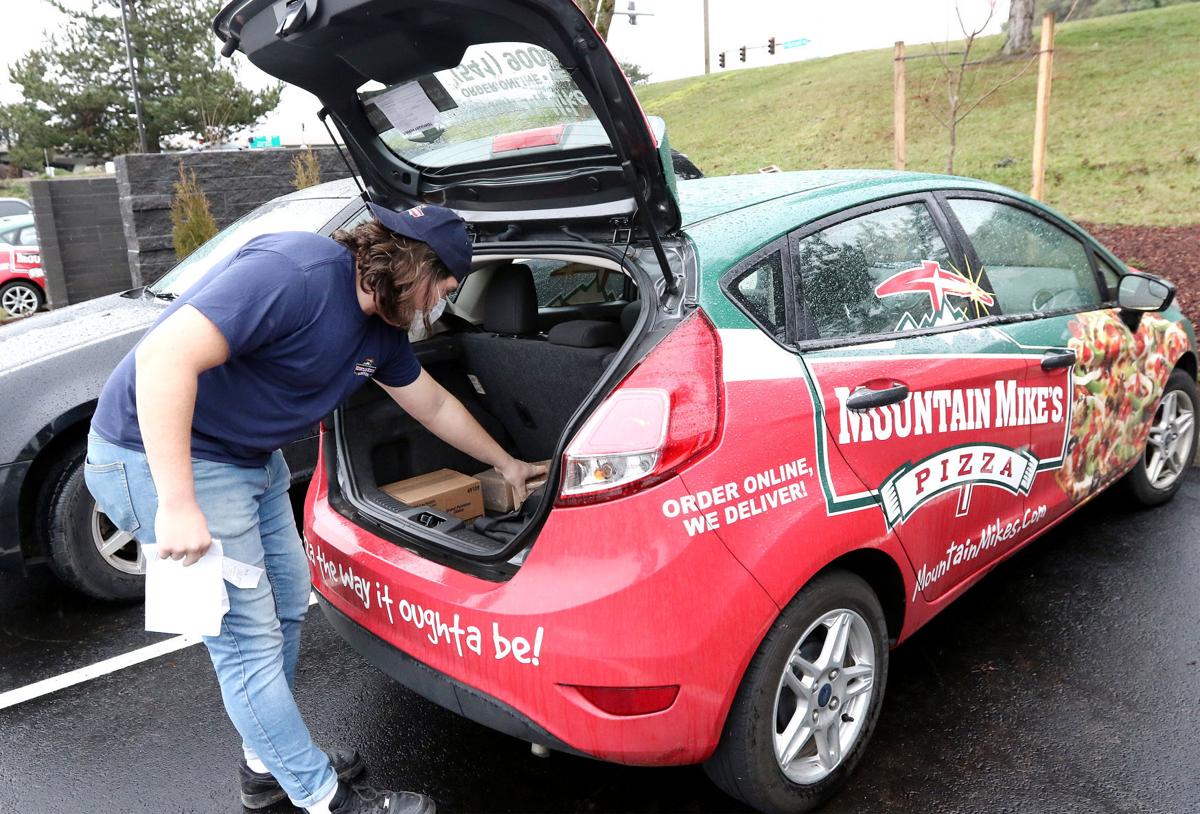 Mountain Mike’s Pizza delivery driver Carson Ellis prepares to deliver a meal in Roseburg last month. For many Americans, pizza has been a perfect pandemic option, a comfort food for a time that is anything but comfortable.

Mountain Mike’s Pizza in Roseburg. Pizza sales were up last year despite the pandemic.

Roseburg High School students as well as other area residents have another place to choose from to satisfy their pizza cravings, with the recent opening of Mountain Mike’s Pizza. The eatery is located at 772 W Harvard Ave., just a few blocks from the high school.

This is the second Mountain Mike’s to open in Oregon. The other Mountain Mike’s is located in Medford. Both are owned by franchisee and area developer Jim Smith. In addition to the restaurant, Smith is also opening the Cascades Coffee House at the same site.

“We’re proud to continue growing the Mountain Mike’s brand in Oregon with the addition of our new Roseburg location, which showcases the great outdoors and caters to the adventurous spirit that so many in the area carry,” Smith said in a news release. “Although we’re not open at full capacity, we’re excited to serve up our signature pizzas to our new neighbors in the safest way possible. We look forward to providing a comfortable place for the community to receive the ultimate pizza experience for many years to come.”

Mountain Mike’s features more than a dozen pizzas including Garlic Tuscan, Pineapple Chicken Luau and Snowy Alps (named so because the ingredients are piled so high). Customers can also create their own pizza with over 25 toppings to choose from.

Cascades Coffee House will be about 1,100 square feet. Smith said he is looking for another tenant or two to fill the remaining space.

Outlier Construction from Medford oversaw the construction. Smith had hoped to open earlier, but weather and general permitting and construction issues caused a delay.

Smith said he is hoping to open Cascades Coffee House by the end of the month. Combined, the two establishments will have about 40-50 employees, he said.

Smith previously said the idea to open a Mountain Mike’s in Roseburg came from comments he would often get from patrons in the Medford pizzeria who lived in this area.

“They kept saying, ‘You need to put one in Roseburg,’” Smith said in an earlier interview. “I kept hearing Roseburg, Roseburg, so it was on my mind. Roseburg is a natural place to get into.”

Smith acknowledged that opening a restaurant during the COVID-19 pandemic presents some challenges. But he said Mountain Mike’s, which does a steady takeout business, is better positioned to weather the storm than a traditional full-service dining establishment.

“While it’s not the perfect time, this too shall pass,” Smith said of COVID-19. “I see Roseburg as a good opportunity to grow relationships for years and years. We’re in this for the long haul.”

Mountain Mike’s — the official pizza of the San Francisco 49ers — has more than 200 outlets in California. There is also one in Utah, one opening in Nevada and the two in Oregon, which are owned by Smith. Smith bought the franchise about five years ago and has the rights to develop Mountain Mike’s throughout Oregon.