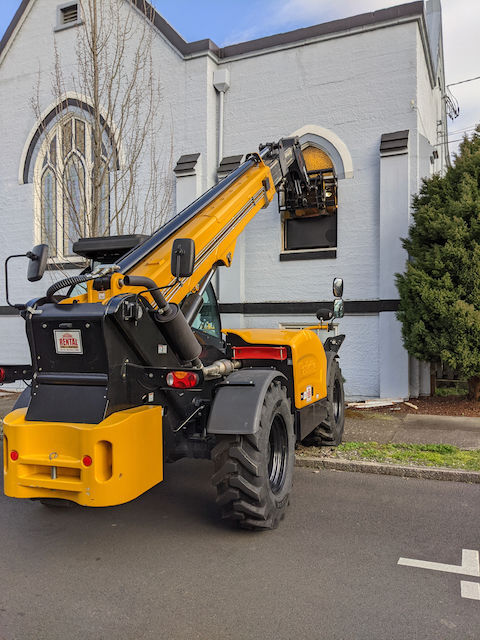 An oven was extracted from the Catch 22 restaurant in downtown Roseburg on Monday. Space was tight; there was only a couple inches to spare on each side. 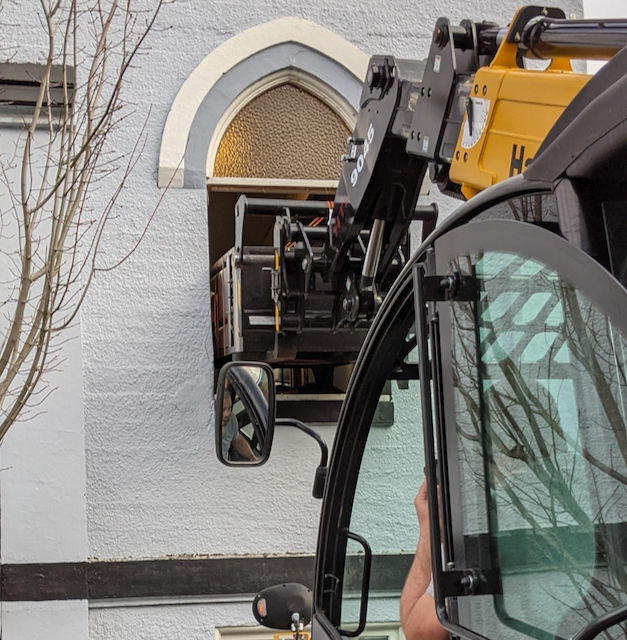 Slowly but surely, this oven was removed Monday from the Catch 22 restaurant in downtown Roseburg. 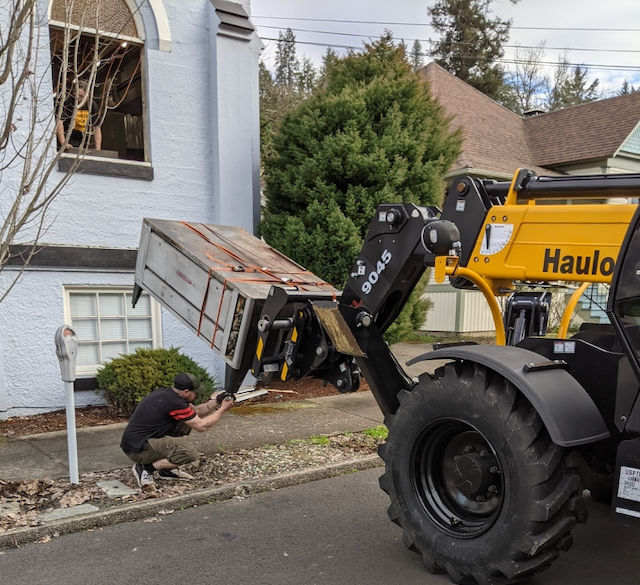 The oven is out and on its way a few blocks north to a building at 809 SE Main St.

An oven was extracted from the Catch 22 restaurant in downtown Roseburg on Monday. Space was tight; there was only a couple inches to spare on each side.

Slowly but surely, this oven was removed Monday from the Catch 22 restaurant in downtown Roseburg.

The oven is out and on its way a few blocks north to a building at 809 SE Main St.

Talk about a tight squeeze!

There were mere inches to spare Monday when two ovens weighing more than a ton combined were moved from the Catch 22 restaurant, located at 809 SE Main St. The ovens were hauled a few blocks north to 563 SE Main St, which is the building that used to house the Mark V Grill and Bar.

Moving the ovens was no easy feat, said Magnus Johannesson, who snapped the photos.

“There were two Blodgett ovens, each weighing 1,050 pounds complete, but we removed the stones so the weight we moved was probably around 900 pounds for each oven,” Johannesson said. “The ovens have removable stones in them to give an even heat. Think pizza stones, but commercial size.”

He also said workers had to remove a window and the window frame to get the ovens out. There was only about 2 inches of clearance on either side, Johannesson said.

Johannesson owns the building that housed the old Mark V, and has renamed it Jane’s Vision. He said he plans to open an eatery in that space, modeled after the popular Lighthouse Center Bakery in Umpqua, in about a year. For now he’s just happy the ovens survived the move intact.

Johannesson also owns the historic Valley Hotel, located at 950 SE Washington Ave. He has renovated the old hotel rooms into about three dozen studio apartments. There are a handful of tenants now, but Johannesson said he still has some work to do and plans to begin renting out the remaining rooms in earnest at the end of the month or early April.

The building, which dates back to 1885, had sat vacant for more than 40 years before it was refurbished. Those handful of tenants moved in the first week of January.