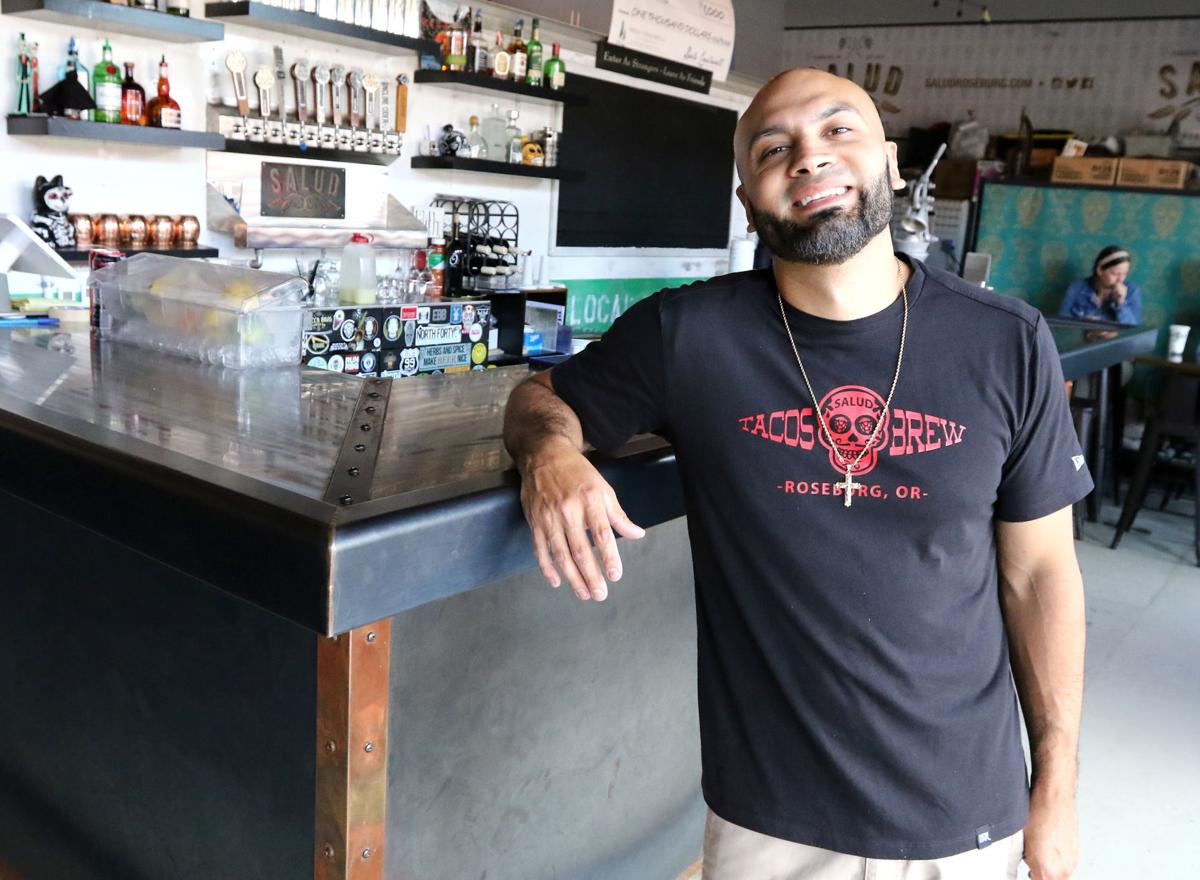 This is a difficult time to be running a business, especially difficult to be starting one, and even more difficult for restaurants, which typically run on thin margins and often don’t have a long life here in Roseburg.

Despite that, two new restaurants have launched recently and both seem to be doing well.

One restaurant that just opened is an offshoot of a previous place in the same spot.

Catch 22 Fish & Chips is located in what used to be Catch 22, at 809 Main St., in downtown Roseburg. The owners are Nathan and Kareema Radford, and the restaurant is managed by Christopher Cooper, who is known around town as one of the best bartenders/mixologists in the business.

The menu features various fried fish dishes, including local rockfish, steelhead, calamari and shrimp. There are a number of side dishes available, including cole slaw, beer battered green beans and smoked fish chowder. Locally made beer and wine is available as well as several top-flight mixed drinks whipped up by Cooper, including staples like the Grog, bramble, salty dog and more.

Ruplinger has 21 years experience in the food service industry and previously ran his own catering/wine dinner business, Trellis Wine Dinners.

Radford is an accomplished chef with 24 years experience. He is a graduate of the Oregon Coast Culinary School. Prior stints include executive chef positions at Riverview Terrace and the Roseburg Country Club, and an internship at Innisbrook Golf & Salamander resort in Palm Harbor, Florida.

Radford spent nearly a decade looking for just the right property to house his dream restaurant. He looked at numerous properties but none was just right, until the former Jasmine’s Catering and Event Center on Main Street became available. The 5,200 square-foot building was built in 1922 and features a large kitchen, vaulted ceilings and stained-glass windows.

Radford and his wife Kareema bought the property in the fall of 2019. The couple fixed it up — putting hundreds of thousands of dollars into it — and got ready for business.

Craft 22 opened in November 2019, offering catering services and hosting events on site. Their first event took place a week before Thanksgiving and featured Radford’s foods paired with wines from Scott IV and Jennifer Henry’s Season Cellars. It was a hit and Craft 22 was on the culinary map.

Three months later the world was in the grip of a pandemic, and everything changed.

“Covid hit, and I literally had all my bookings, my large parties, everything cancelled, even before the government closed everything down,” Radford said at the time. “Covid hit and it erased everything.”

Radford tried to hold on but business was too slow and he eventually had to close Craft 22 last summer.

But that was then and this is now. By all appearances Catch 22 has been a hit from day 1. Last weekend the lunch rush was so intense the restaurant actually ran out of fish and had to scramble to get more supplies to satisfy the line of customers.

The same spot has been home to a host of restaurants over the years, including Si Casa Flores and Oregon Pizza & Pasta Co.

Hacienda Vieja offers an expansive menu with more than a dozen appetizers alone, including Seafood Quesadilla, Camarones Al Mojo (shrimp in a garlic butter sauce) and guacamole made tableside.

But that’s nothing compared to the selection of main and side dishes offered. I counted more than 100 dinner dishes in all, including 19 combination plates, 16 burritos, 16 side orders and 14 seafood dishes.

Oh, and don’t forget the desserts, which include deep fried ice cream, flan and churros.

The new restaurant has already garnered a following of happy customers, judging by the comments posted on its Facebook page.

“Your food is outstanding!” one customer wrote, with exclamation mark.

There is also some news having to do with libations at a couple of spots in town.

At Salud Brewery and Food Truck, 723 SE Lane Ave., owner Manny Anaya has rolled out his latest drink specials — cocktails to go in a can. The new offering is compliments of the Oregon legislature, which in late December passed a bill that temporarily legalizes takeout cocktails, something restaurant owners had been pushing for for months.

“We’ve heard you guys, we wanted to be able to do it and do it right so we’re launching our Salud style cocktails,” Anaya said in a recnt Facebook post. “The often duplicated but never replicated style cocktials here at Salud are now available in awesome 11 ounce cans.”

In order to buy a cocktail or two to go you also have to buy some food, Anaya said. “All you’ve got to do is pop it open, pour it over a little ice and you’ve got a little bit of Salud coming with you to-go style.”

No word yet if one of the cocktails offered is the infamous jalapeño margarita.

Finally, a new wine shop called The Wine Destination is headed for the spot formerly occupied by Brown Shoe Fit Co., at 526 SE Jackson St. The Wine destination is expected to be an upscale wine shop and specialty food store.

Brown Shoe Fit closed last summer after 25 years in business at that location. Stay tuned for more information on this shop.

Nathan and Kareema Radford own Catch 22 Fish & Chips. This story has been updated to reflect that.

They one of the 100's of local businesses that signed up with Citizens against Tyranny.?