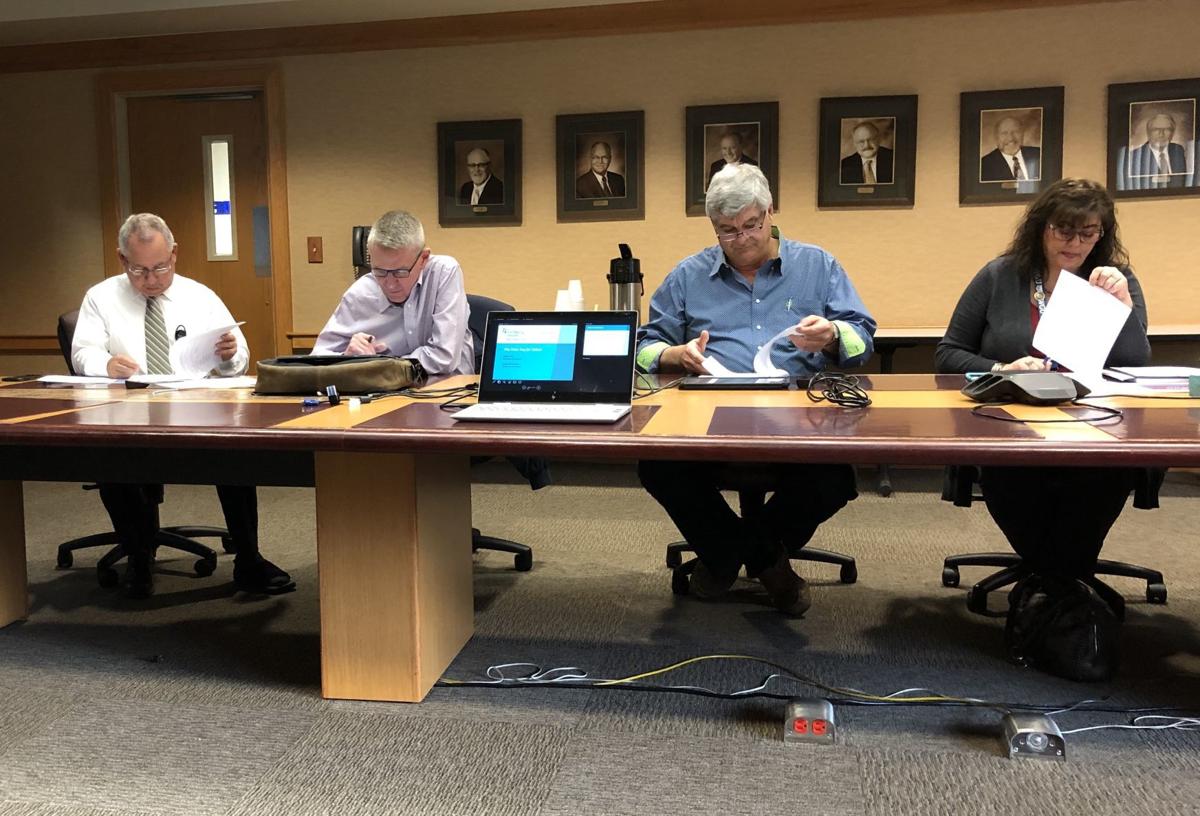 From left, Kelly Morgan, Steve Loosley, Richard Heard, and Lisa Yop at a meeting of the Umpqua Valley Development Corporation in November. 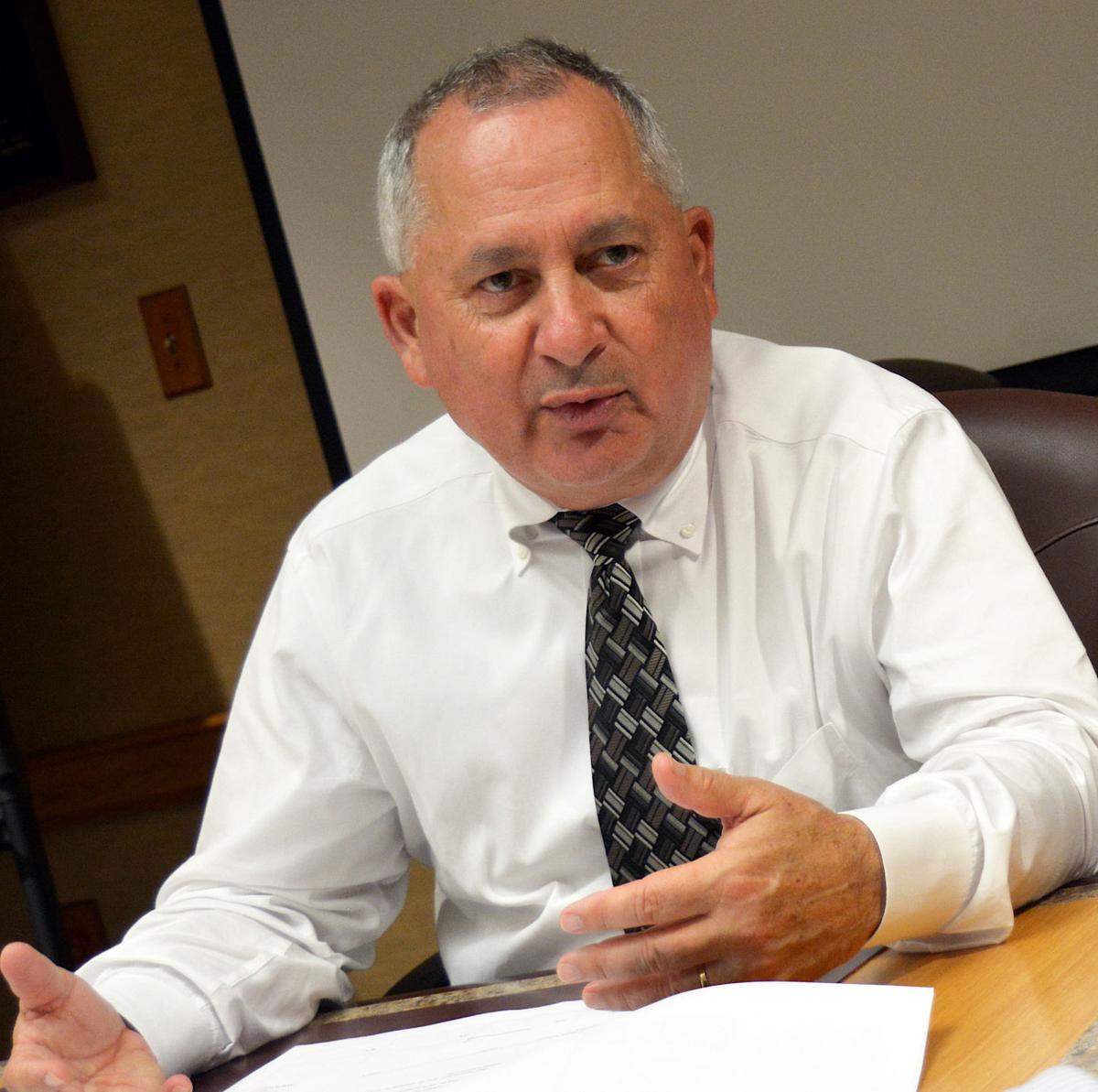 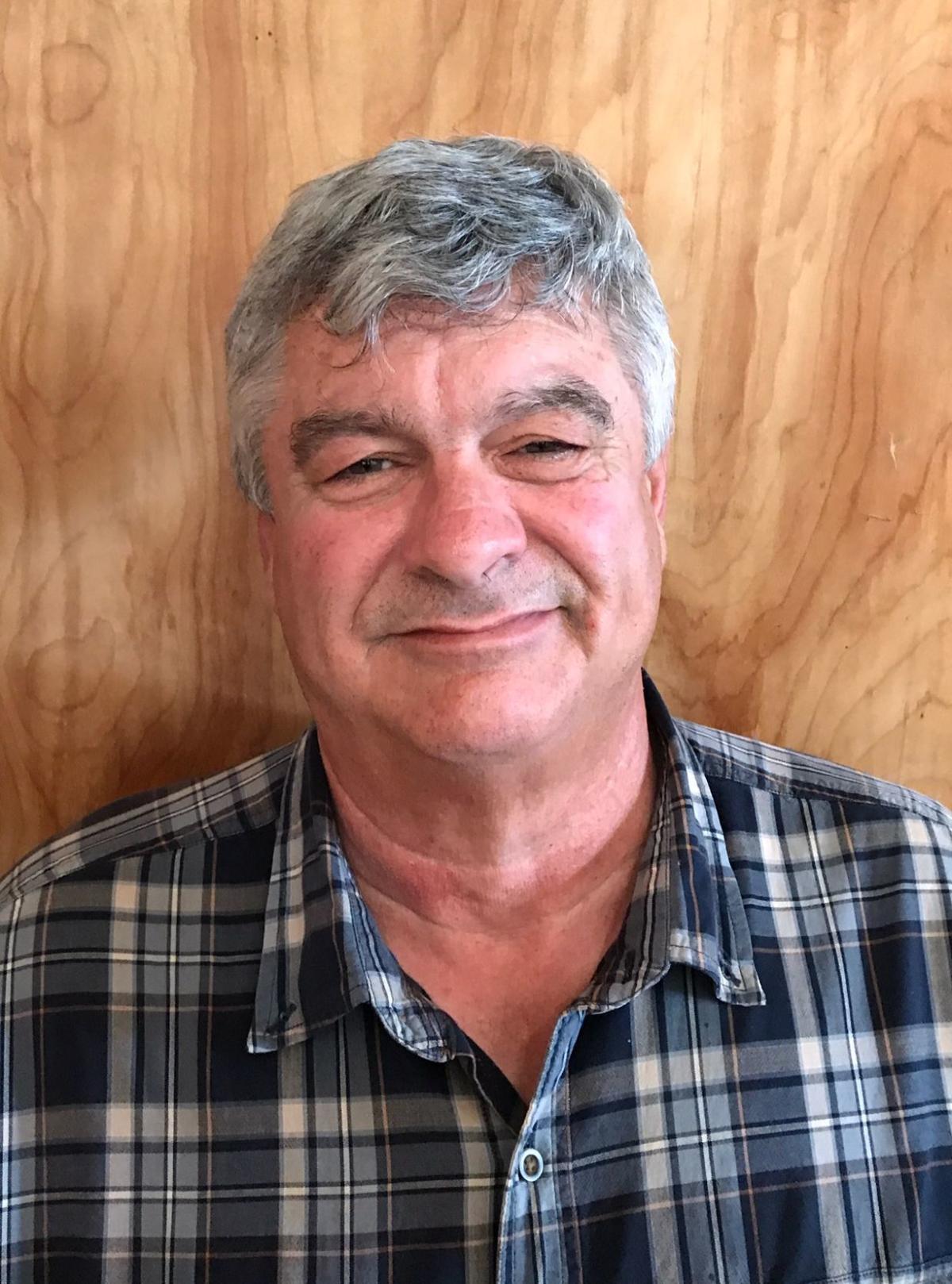 From left, Kelly Morgan, Steve Loosley, Richard Heard, and Lisa Yop at a meeting of the Umpqua Valley Development Corporation in November.

A medical college proposed for the Roseburg area has strong community support, but those involved also have a host of concerns, including a lack of transparency, a shortage of housing and public transportation and a potential inability to attract adequate faculty, according to a report by a government oversight organization.

The 20-page report by Oregon Solutions was published in May and released this week. Oregon Solutions was created by the Oregon Legislature in 2001 as a watchdog arm of the government on projects involving larger expenditures of public funding. Last year, legislators approved $10 million for the construction of a medical training facility in Roseburg known as the Southern Oregon Medical Workforce Center.

The City of Roseburg also committed $10 million toward the project, which is intended to address a shortage of medical professionals in the region, as well as provide a boost to the local economy.

The Umpqua Valley Development Corp., a nonprofit organization formed last fall to oversee the creation of the medical college, is scheduled to meet via a Zoom video conference on Tuesday to discuss issues raised in the Oregon Solutions report.

“We hoped to 1) learn about the issues and the parties’ interests in developing the Southern Oregon Medical Workforce Center; 2) identify resources needed and available for the project; and 3) determine how to design a process that a collaborative group could work on together in order to address the issue at hand.”

Oregon Solutions determined that there is strong support for the medical college and “a willingness to work collaboratively with the regional community” to make it a reality.

However, those interviewed also expressed myriad concerns with how the process is being conducted and various impediments to the medical college’s success. Questions and/or concerns were raised about:

Richard Heard, board president for Umpqua Valley Development Corp., said the Oregon Solutions report and the issues raised in it will be the main topic of discussion Tuesday.

“The purpose of the Umpqua Valley Development Corp. is to bring together varied interests into a single project that will be a long-term community and regional asset,” Heard said. “This Oregon Solutions report puts into writing the playbook we will be working from and highlights the challenges we are facing. It’s an important step in making sure the Southern Oregon Medical Workforce Center is developed in the most efficient and transparent way possible.”

The meeting will be recorded and posted on the Umpqua Valley Development Corp. website, with an opportunity to submit written comment. The URL for the web site is www.umpquavalleydevelopment.com/.

I don't get it. You write this article about this big future meeting to be held on Tuesday, and then you don't bother to write the follow-up article describing what actually happened when they had the meeting??? Did they decide to go forward with the Medical College? What's next?

Tuesday's scheduled presentation (below link) by contractor Oregon Solutions appears to be a rehash of the same background, findings and recommendations we’ve all read many times before. The background is a cut and paste from previous newspaper articles. The findings, if you can call them that, are merely interviews with 32 key stakeholders who identify challenges to the project’s non-existent scope. The recommendations are essentially more of the same drivel. What a foolish waste of time. Is this the best that can be expected after all of this time?

This project is not reinventing the wheel. There are tons of these types of learning institutions nationwide that should be listed and described as a starting point. The project should be focused on existing small, medium and large (for Douglas County) cases/schools in other parts of the country, with their respective pluses and minuses that will address/answer many of the key stakeholder challenges and drivel already identified. A ball-park cost estimate can be attributed to each of these cases. At that point, key stakeholders will have an idea of what each case costs and the expected deliverables in order to make an educated decision of whether to proceed with the project and if so, what size it should be and what funding will be necessary. All of the other issues, especially location, are irrelevant at this point of the project. The physical size of the school will define the location requirements. Trying to fit your school to a certain location is certainly not optimal and should be avoided.

While fairly large by Douglas County standards, this project is easily doable with focused project management. None of what I’ve written is rocket science.

Contractor Oregon Solutions is making a waste of time presentation on Tuesday for a project that is going nowhere fast. The funding and energy supporting this project will all disappear before anything concrete is decided. That’s usual with most taxpayer funded projects of this sort. A project such as this will need a committed champion or possibly a dedicated leadership team to push it through. 32 vacillating stakeholders will never gain the necessary momentum.

Simply entice doctors/nurses to come here by paying down their student loans. The applicants must sign on for a five-year stint (minimum) and their loan would be paid down 10% a year - up to 50%. If they don't stay the five years, they must re-imburse the County. Then, it could be re-negotiated at another rate....say 5% or so up to another five years. How hard is this?

Many of the organizations already do loan repayment, and use the heck out of that to recruit. The max the federal system lets them sign up for is a 3 year stint, with up to $50k paid directly to loans a year for a total of $150k over the life of the contract. (the $50k a year is more lucrative than 10% a year). This can be renewed for another period. Most providers will not sign a long contract and, yes, five years is quite long. Almost weekly they are getting job offers from elsewhere, some that offer to pay down any penalty for leaving making a penalty on our end ineffective. Or at least it's just getting the money back but you have to start over; the penalty doesn't stop someone from leaving.

Despite this providers still are leaving. Some do so because they didn't fully grasp how "rural" the area is, and their spouses are voting with their feet to say they want to move elsewhere. Others it's the challenge of the patient mix. Others is the lack of the right amount and type of specialty care locally as the backstop for them.

We need multiple approaches to ensure we have the clinical capacity to support our community's needs. Money can make a dent in our provider recruiting challenge but doesn't fix the problem.