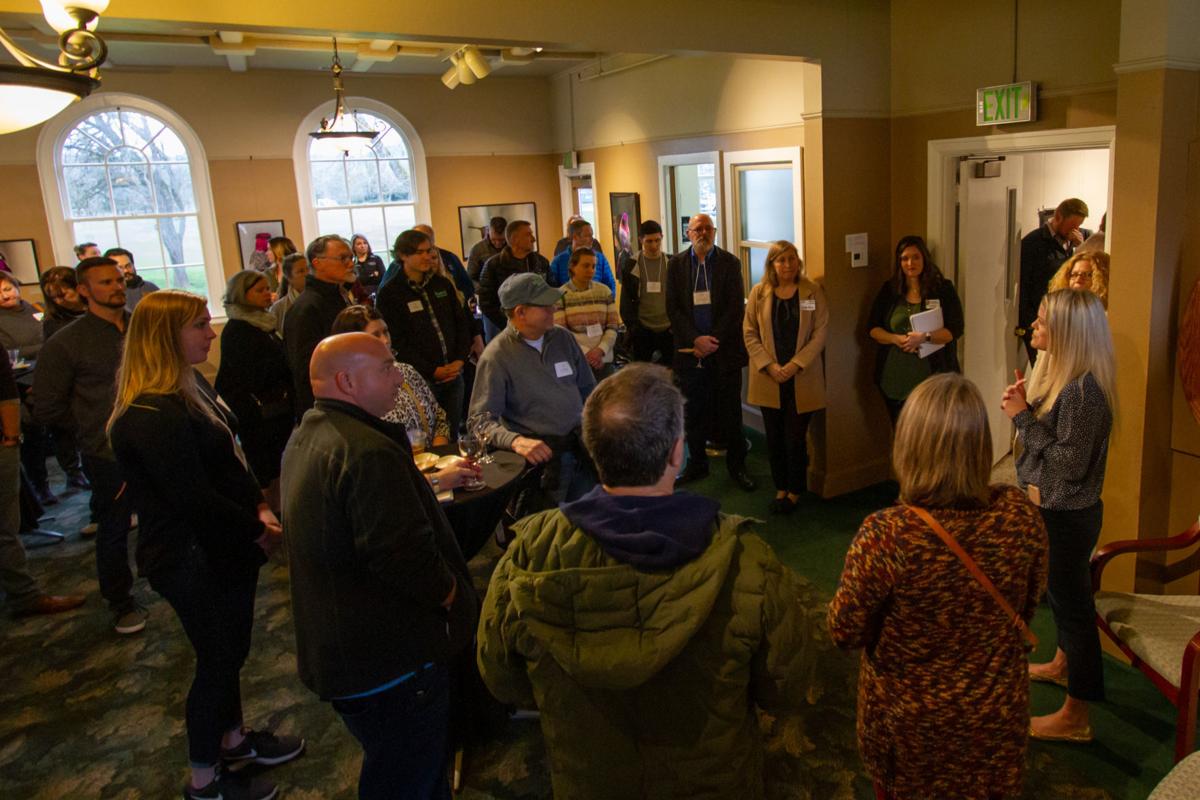 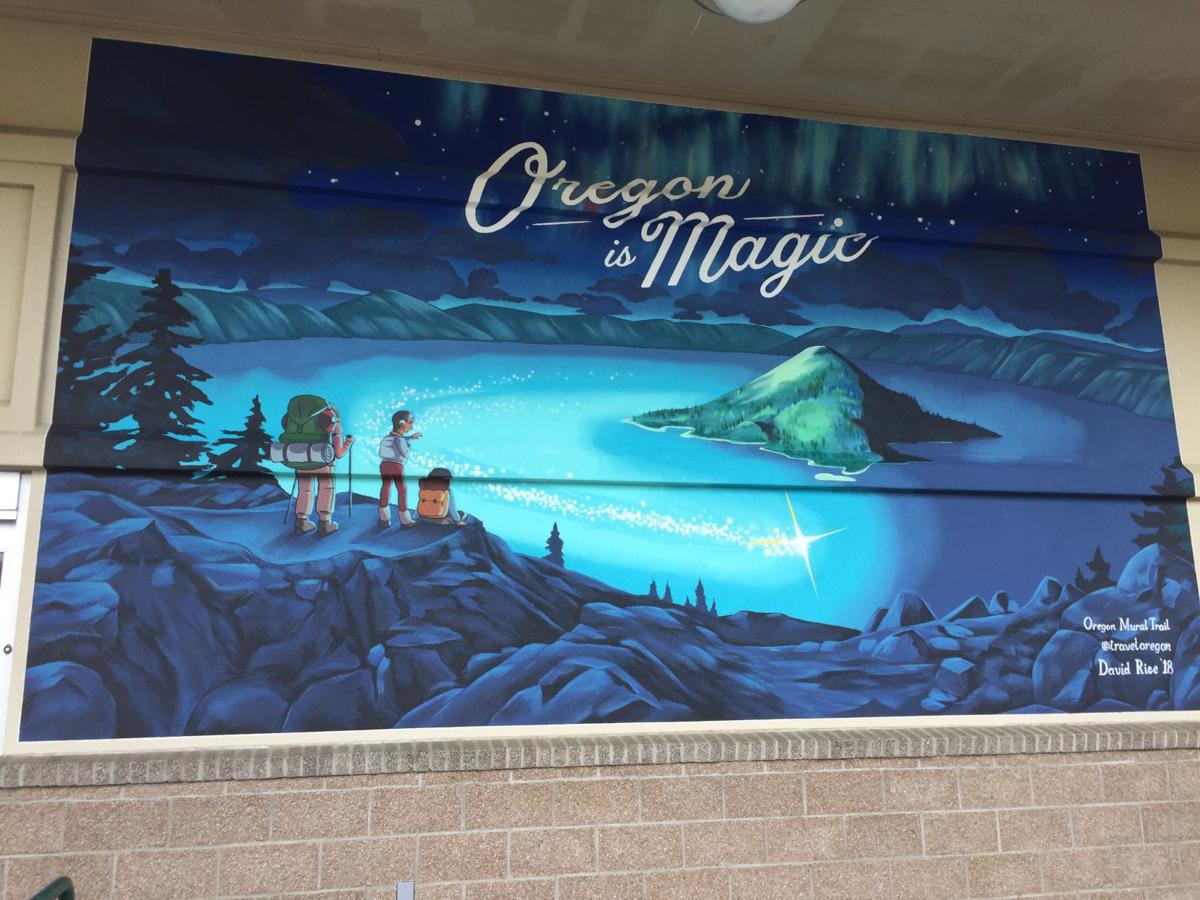 A mural of Crater Lake, painted by artist David Rice, on the front wall of the Roseburg Public Library as part of Travel Oregon’s tourism promotion, encouraging people to explore the state of Oregon. 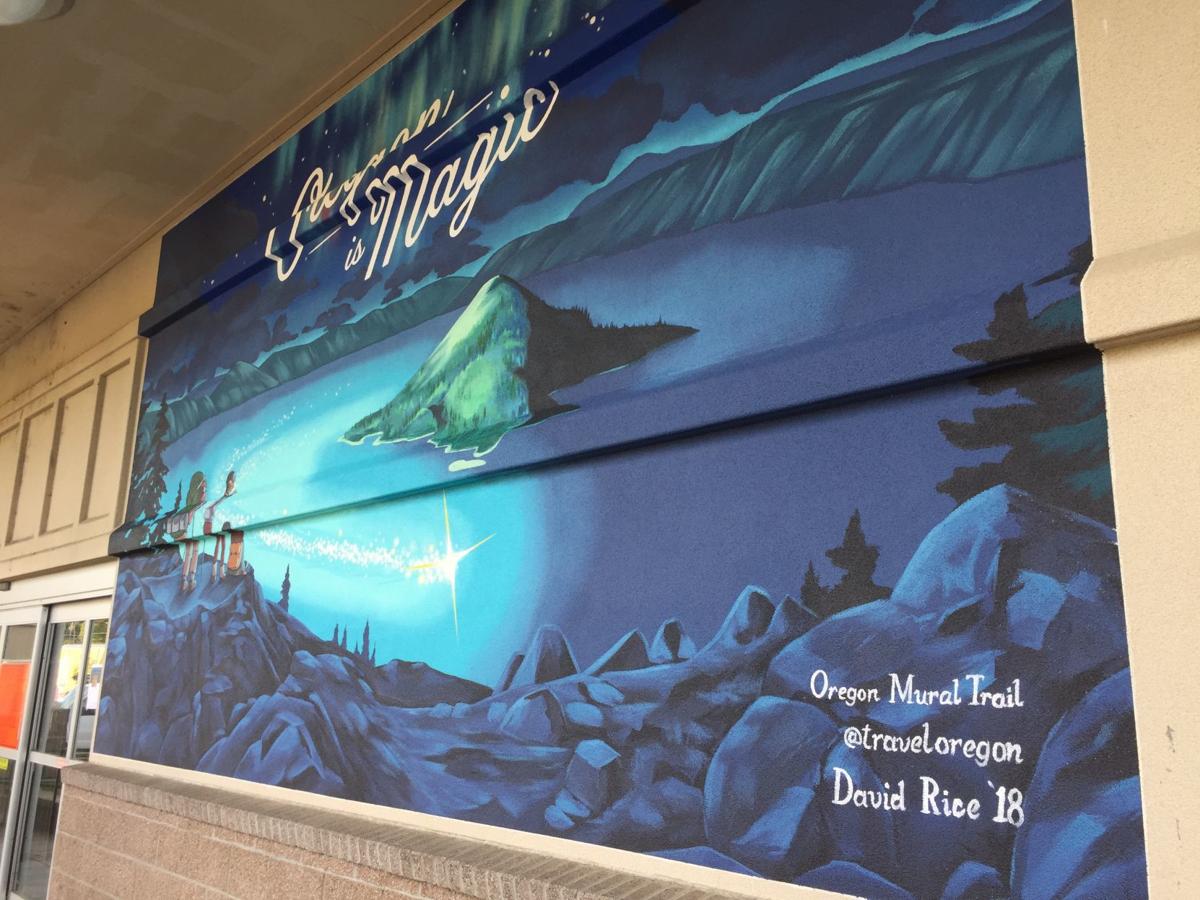 Travel Oregon mural by the entrance to the Roseburg Public Library building, painted by artist David Price as part of the campaign to promote travel in the state of Oregon.

A mural of Crater Lake, painted by artist David Rice, on the front wall of the Roseburg Public Library as part of Travel Oregon’s tourism promotion, encouraging people to explore the state of Oregon.

Travel Oregon mural by the entrance to the Roseburg Public Library building, painted by artist David Price as part of the campaign to promote travel in the state of Oregon.

It was supposed to be much different than this, but then again you can say that about almost anything nowadays.

The official launch of Experience Roseburg, the city’s new tourism promotion campaign, was scheduled for April 16. By all accounts it was going to be a big party, held at a brand spanking new live music venue on Jackson Street in downtown Roseburg called Sunnyside, with a Who’s Who of attendees from the city.

Instead, the launch was done quietly, with no fanfare or buzz.

Some background: For the previous 20 years, the Roseburg Area Chamber of Commerce handled tourism promotion. However, growing tensions between city and chamber officials — based in large part on what city officials considered a lack of vibrancy and sophistication in the chamber’s promotion efforts, including its oversight of the visitor center — prompted the city to cancel the contract.

The new contract was put out to bid in February 2019 and Roseburg-based Anvil Northwest was selected among four groups — including the chamber. Anvil was awarded a three-year contract worth nearly $1.5 million.

Anvil took over the contract last summer and hit the ground running. In October, Anvil gave a presentation to the Roseburg Economic Development Commission, a volunteer advisory board that helps with tourism promotion for the city. At the meeting, Anvil unveiled the Experience Roseburg logo and shared some of the strategies the company was employing to create the new promotion push.

Anvil had created a buzz and the excitement continued to grow. In February, Anvil gave another presentation to the Economic Development Commission, teasing out a little more of the campaign, and it dazzled.

The presentation showcased the format for the Experience Roseburg web site and explained how Anvil is using search data from Google and other sites to drive content. For example, Anvil uses the data on keywords people are using to search various sites for Roseburg-related tourism information to determine what attractions to feature on the Experience Roseburg site.

Anvil General Manager/Creative Director Cam Campman and his team also went over the planned advertising campaign, which included an array of print and online ads in regional print and online publications, and digital billboards at the Eugene Airport and on Interstate 5 near Salem.

The tourism campaign gained even more steam on March 8, when dozens of travel industry professionals who were attending a conference at Seven Feathers were bused up to Roseburg for a pub crawl.

That same day Douglas County identified its first coronavirus case and Gov. Kate Brown declared a state of emergency to address the spread of COVID-19.

The pandemic had reared it’s ugly head, and suddenly everything changed. The planned launch of Experience Roseburg and the distribution of an accompanying visitors guide got caught up in the undertow of the virus, through no fault of anyone involved.

More than a dozen summer events that were intended to attract locals and visitors alike — including a vineyard bike tour, a concert series and of course the standards like Music on the Half Shell and Graffiti Weekend — ended up getting cancelled.

The result? The campaign created to lure visitors here was launched at the front of a summer season that will see scant visitors. Signs of the absence of visitors are already trickling in. Taxes collected on hotel and other short-term stays, for example, are already down over 20% in the first three months of this year compared to the same period last year. That deficit is sure to climb as the restrictions connected to COVID-19 really took hold in April and will likely continue for the foreseeable future.

But that shouldn’t take away from the vision and efforts of city officials to completely overhaul the visitors platform, or the impressive work of Anvil.

The site (www.experienceroseburg.com/) is thoughtfully and artfully put together, and features a bevy of attractive visuals, including videos, photos and maps.

The site has six specific tabs that are self-explanatory: Outdoors, things to do, events, hotels, restaurants and a trip planner.

Each tab is chock-full of content. Pull down the “things to do” window, for example, and you’ll find information on area attractions, museums and historical sites, shopping, arts and entertainment, sports and recreation, things to do with the kids and wineries and vineyards.

Unfortunately, this year is pretty much a wash when it comes to visitors, which means the site won’t get the traffic, or accolades, it deserves.