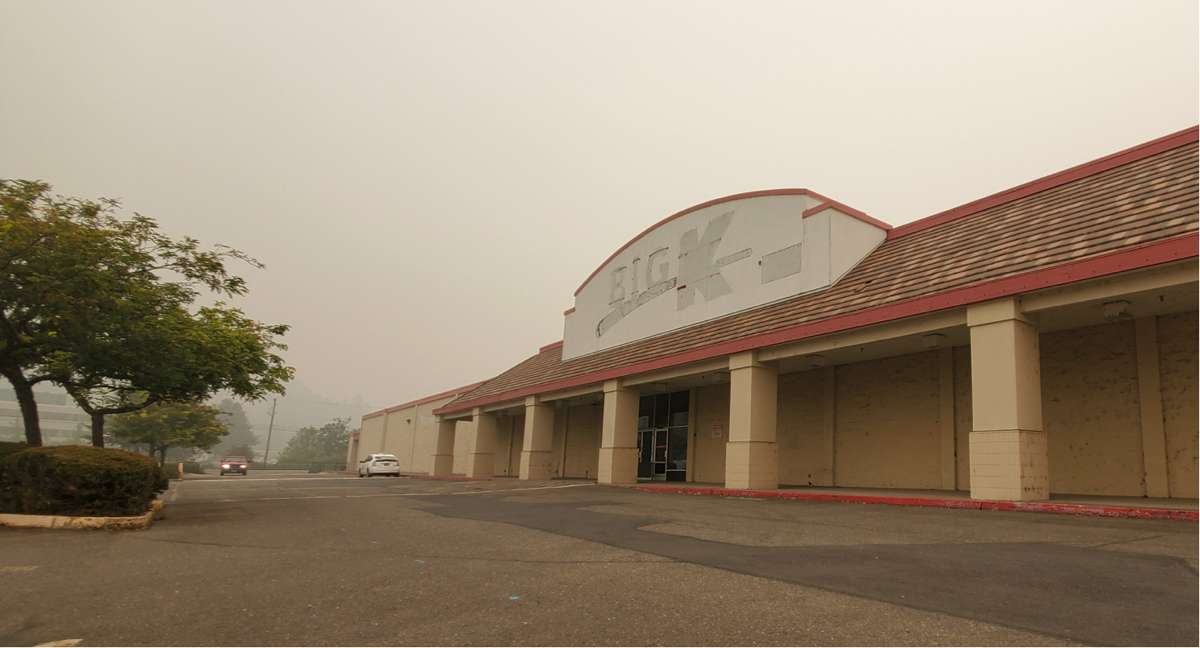 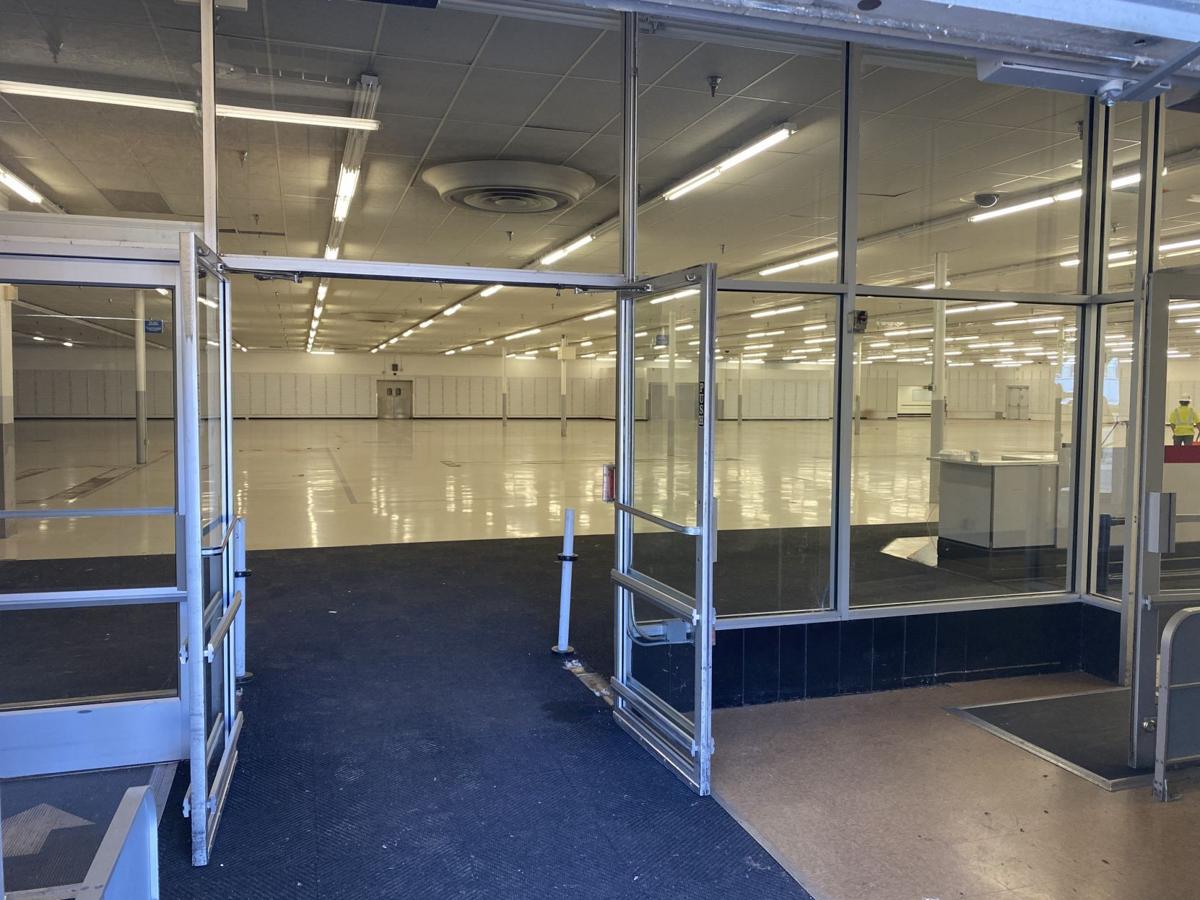 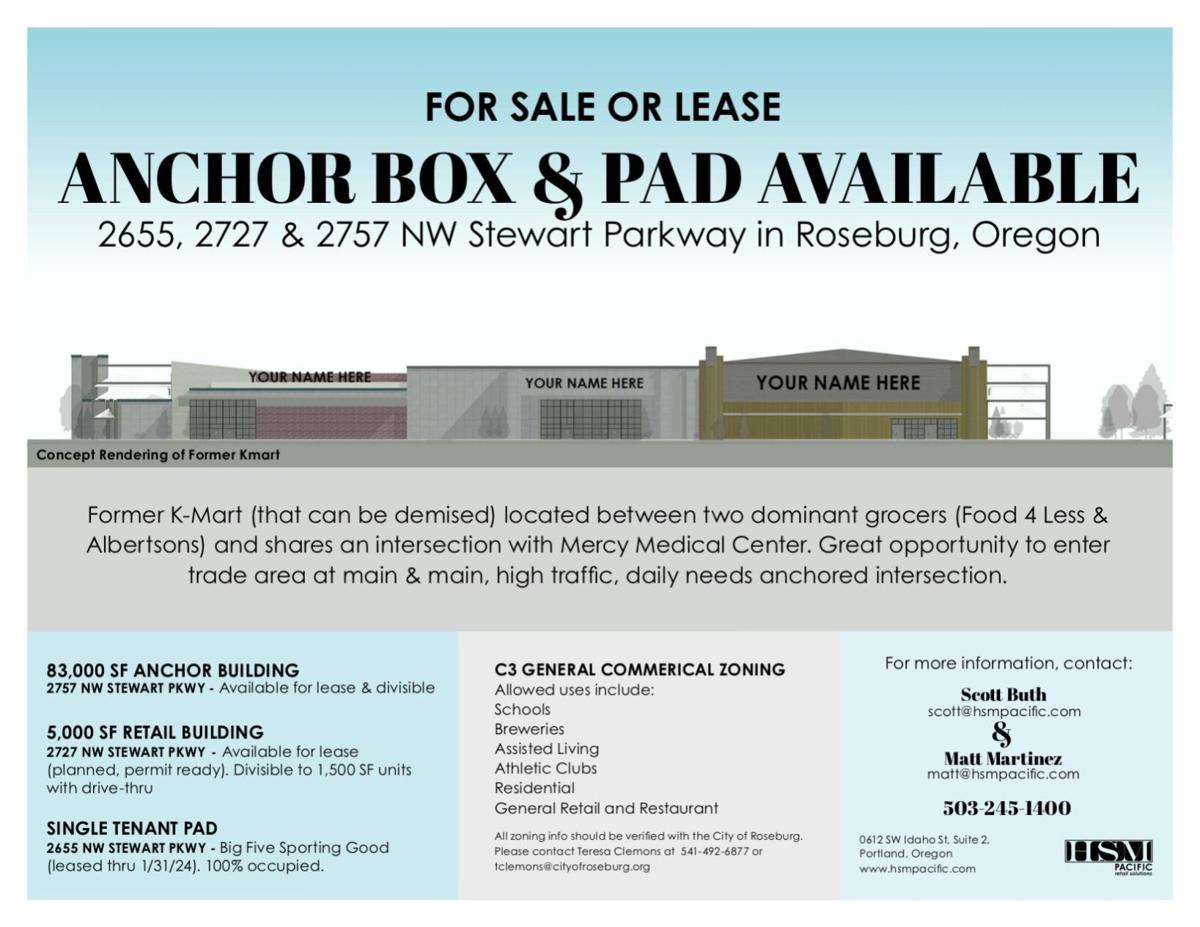 Work being done recently at the site of the old Big Kmart in Roseburg begs the question: What is going in there?

As I wrote a couple of weeks ago, the property, which has been vacant for three years, is currently in escrow, according to reliable sources. The property being sold actually involves two lots; the old Kmart site and the adjacent Big 5 Sporting Goods building and property. Combined, the available property is 9.4 acres and the listed owner is Invest West Alpha, out of Aliso Viejo, California.

The property is being listed by HSM Pacific Realty out of Portland. In a short email exchange this week, Matt Martinez from HSM Pacific confirmed that he is a listing broker on the property, but said he could not discuss much more.

“The prospective buyer and ownership have insisted on strict confidentiality, so I can’t be quoted saying, or say, anything other than “no comment,’” Martinez said. “With Roseburg being a smaller trade area there are very few secrets, so I am sure you will get the info you are looking for.”

I have been able to confirm that WinCo has at least expressed an interest in the property.

Roseburg Community Development Director Stuart Cowie told me that his department has met with representatives of WinCo at least twice to discuss possible development at the Kmart site.

Here is what Cowie told me this week, via email: “A planner met with them briefly on-site early in June to discuss City permitting requirements if they were to choose to utilize the K-mart and its surrounding property. We had a similar follow-up conversation on the phone a couple of weeks ago, but beyond that no official records/e-mails or applications.”

I have never been to a WinCo and know zilch about it. I found the company has a pretty rich history, and is one of the largest employee-owned companies in the country.

Here is a condensed version of the WinCo Foods timeline, which I pulled of its web site. Most interesting tidbit? WinCo stands for “Winning Company” smushed together.

1970s — Ward bought out Williams’ and grew Waremart into a small chain of grocery stores, mainly based in the Pacific Northwest. In the 1970s, Waremart became known for low prices, flat-carts and grease pencils that customers used to write the price on each item.

1985 — Ward passed away and the employees decided to essentially buy the company. They created the WinCo Foods’ Employee Stock Ownership Plan, and bought a controlling stake in the company, and its 17 stores, from the Ward family.

1999 — The name of the company was changed to WinCo Foods (WinCo is a combination of the words “winning” and “company.” The company does still operate three employee-owned stores in Oregon under the Waremart name, in Independence, Ontario and Keizer

A WinCo would be a win for Roseburg. They have great low prices!