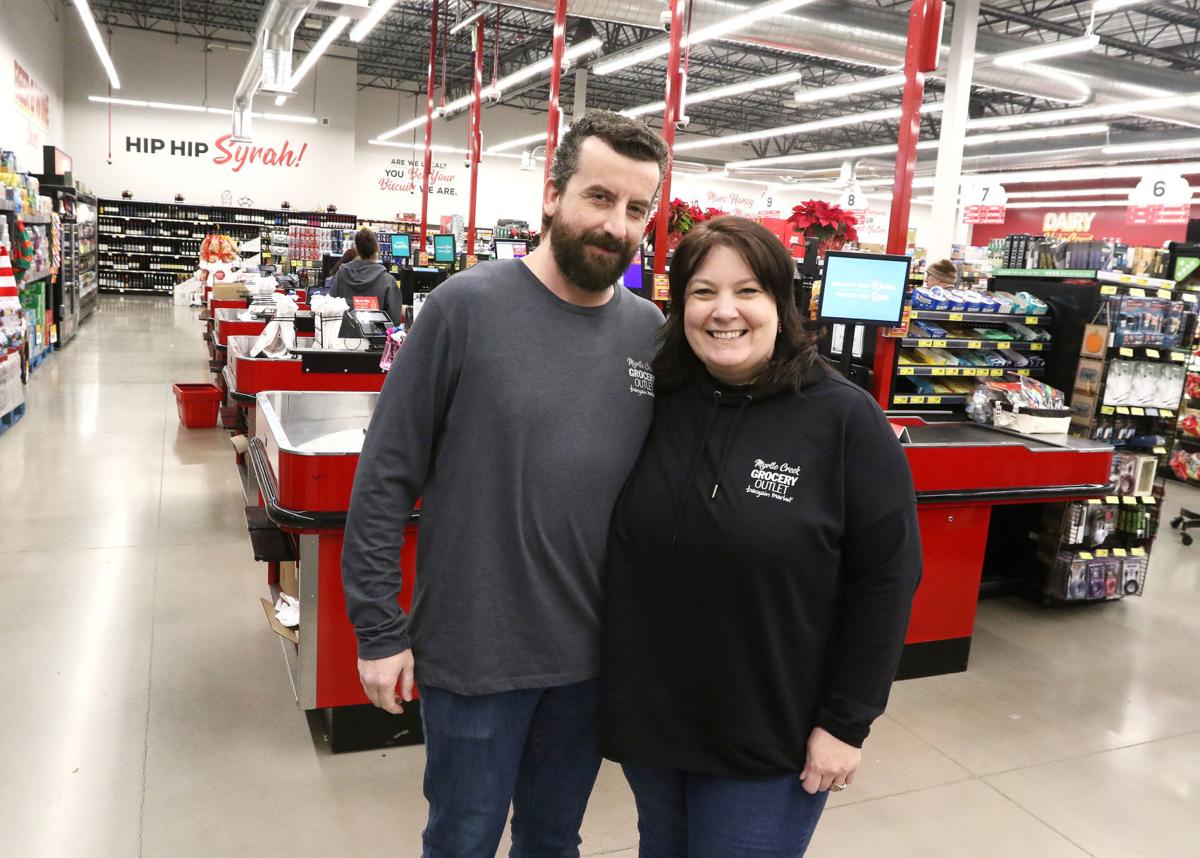 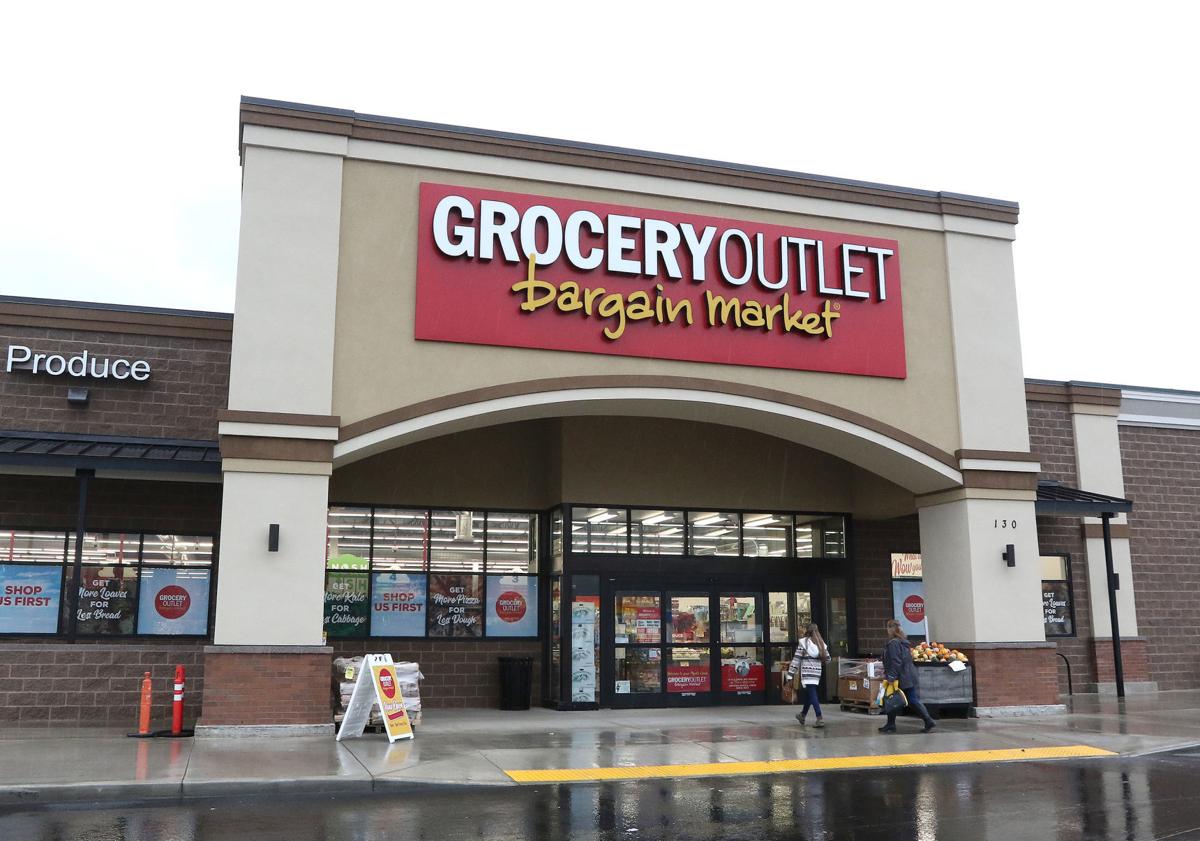 What was it that put Tom and Angie Criss here, at this moment, running a Grocery Outlet in Tri City, where they carry out daily acts of kindness?

Was it their childhoods, growing up so poor that Angie spent time in a shelter and Tom relied on government food handouts?

Was it their business backgrounds — Angie steeped in retail and Tom an accountant — the perfect combination to manage a discount store?

Or maybe it was the fate of their son, Brandon, who had Crohn’s Disease as a child that got so severe doctors told the couple he was not expected to live?

All of the above, and more, most likely. Whatever put them here, however the stars became aligned, this is what we know: Tom and Angie Criss touch people’s lives.

Whether it is a food drive, blood drive, fundraising event, or buying groceries for a struggling family, the Criss’ use their store as a kind of retail refuge for people who could use a helping hand.

“They’re awesome people, they donate stuff to us all the time,” said Terri Day, a volunteer at the local St. Vincent De Paul, which includes a food pantry. “They’re all about the community. They want to be involved in helping the community. I think that’s great.”

The Criss’ will tell you that their devotion to helping others is rooted in their own difficult childhoods. They both grew up in Walla Walla, Washington, but did not know each other until after high school.

Both of their families struggled financially, often relying on food banks, government assistance, donations and the generosity of others to survive. Things got so bad for Angie’s family, that for a time they lived in a homeless shelter.

“We remember what it was like to struggle and want to do our part to help others,” Angie said. “We help with what we can, when we can.”

The couple met at a music store that Angie managed in Walla Walla. They were married in 1998 and have two children, Emily and Brandon, and two grandchildren, Noelle and Kashton.

In 2005, Brandon was diagnosed with Crohn’s Disease. In 2014, his disease had become so aggressive that he was hospitalized with numerous complications. He got progressively worse, Angie said.

“Nobody expected Brandon to leave the hospital alive, but 22 surgeries and almost a year later, we were hospital free,” she said.

During his time in the hospital the Red Cross, Ronald McDonald House and various other organizations and individuals came to the Criss’ aid. Today Brandon, 22, is a manager at the store, a daily reminder of what can happen when people help each other.

“That changed everything,” Tom said of Brandon’s illness. “The only thing that matters now is giving back.”

An early followingIn 2018, Angie realized that the retail company she worked for wasn’t a good fit anymore. She thought about applying for a store manager position with Grocery Outlet, a discount supermarket chain headquartered in Northern California. The company dates back to 1946 and has more than 300 stores in six states, including more than 50 in Oregon.

Following a series of discussions with company officials and owners of other Grocery Outlets, as well as research on the company, the Criss’ decided to own and operate their own store. They entered a management training program that included working at a Grocery Outlet in Springfield, as well as attending workshops and seminars.

“I was clueless,” he said. “I was so green it was ridiculous.”

As the training neared an end the couple began looking at several markets that were due for a new store, including Portland, Seattle and Pennsylvania. Then the Tri City store became available and the Criss’ came down to take a look. They came a few more times, and were sold.

Before the store even opened the couple set out to connect with the community, attending meetings, visiting various businesses and organizations, and participating in charitable events.

The Criss’ also took to social media to spread the word about their new store, taking photos during construction and posting them online. In no time they had 2,000 people following the store online; today that number has grown to 2,600.

At the grand opening on June 27, more than 500 people turned out to get a look at the new store. Today, the Criss’ do their best to keep that enthusiasm alive. Part of that attitude is reflected in the store itself, where slogans like “More kale for less cabbage” and “More honey for less money” adorn the walls.

Customers also have fun searching the aisles for Armando, the Elf on the Shelf. Those who find the elf doll snap a photo of him then upload it to the store’s Facebook page for a daily chance to win a $5 gift card for the store. At Christmas the Criss will holding a drawing from all the daily winners and that winner will get a $50 gift card.

The Criss’ also hold periodic “Grocery Blitzes,” surprising customers in the checkout line by paying for their groceries. One time the Criss’ picked up the bill for customers at all five cash registers, to the surprise and delight of everyone in the store.

“That was cool. It was such a random thing too,” Angie said. “We were sitting in the office and Tom said, ‘We need to do something for our customers, like right now.’ So we did.”

No slowing downMost of the couple’s focus, however, has been helping those in need.

They donate thousands of pounds of food to a half-dozen pantries in the area. Teresa O’Sullivan, who lives in the area and runs the UCAN mobile food pantry, said the Criss’ routinely donate items for her pantry and often ask what more they can do.

“They are so active in our community, it’s amazing. They really do give back,” O’Sullivan said. “They’ve always got something going on there. Always.”

When the Milepost 97 fire ravaged South Douglas County this summer, the Criss’ sprang into action. They set up a temporary rest camp for firefighters in the Grocery Outlet parking lot, handing out burgers, hot dogs and drinks along with other items like blankets, pillows and socks. If any of the 300 or so firefighters who came to the camp offered to pay, they were refused.

“Those guys weren’t going to spend a penny,” Tom said. “We wanted to show people, especially those in the south county, that we were serious about helping the community. When we say we’re going to help the community we mean it.”

The couple shows little sign of slowing down. There’s the blood drive scheduled for Jan. 20 — the same date that Brandon burst an artery while in the hospital, and required several blood transfusions to survive.

They are also planning a Community Safety Fair for March, intended to educate the public on things like how to escape a house fire and get people, especially children, feeling comfortable around police and firefighters.

For all the charitable work the Criss’ do in the public eye, they also do a lot quietly.

One customer recently had her house broken into just after having a baby. The Criss’ filled a shopping cart with food and other items, including a coloring book for the woman’s other child, and took it to her house.

“We can’t be the answer to every problem, but when it comes to hunger we can help,” Tom said.

“We get our customers,” Angie said.

These are the type people who move here from other states and are welcome; for they give to the community and don't try to change it to be like where they came from.