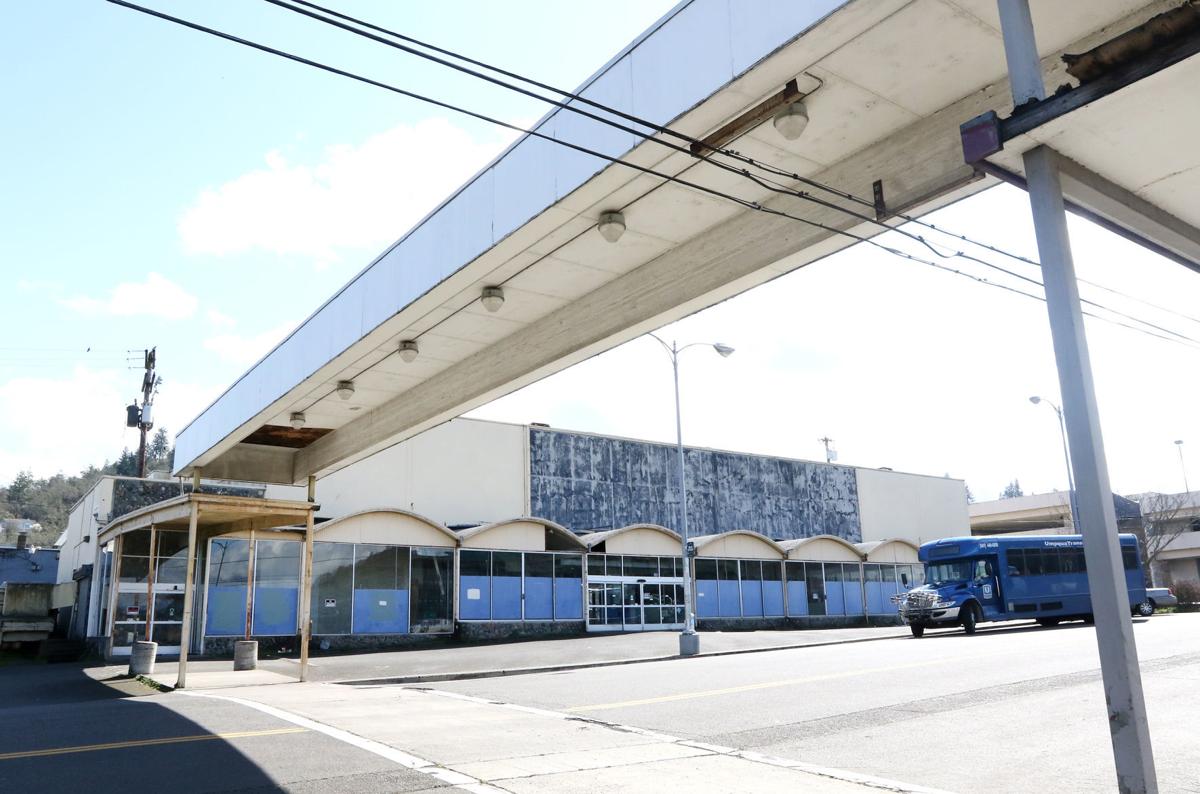 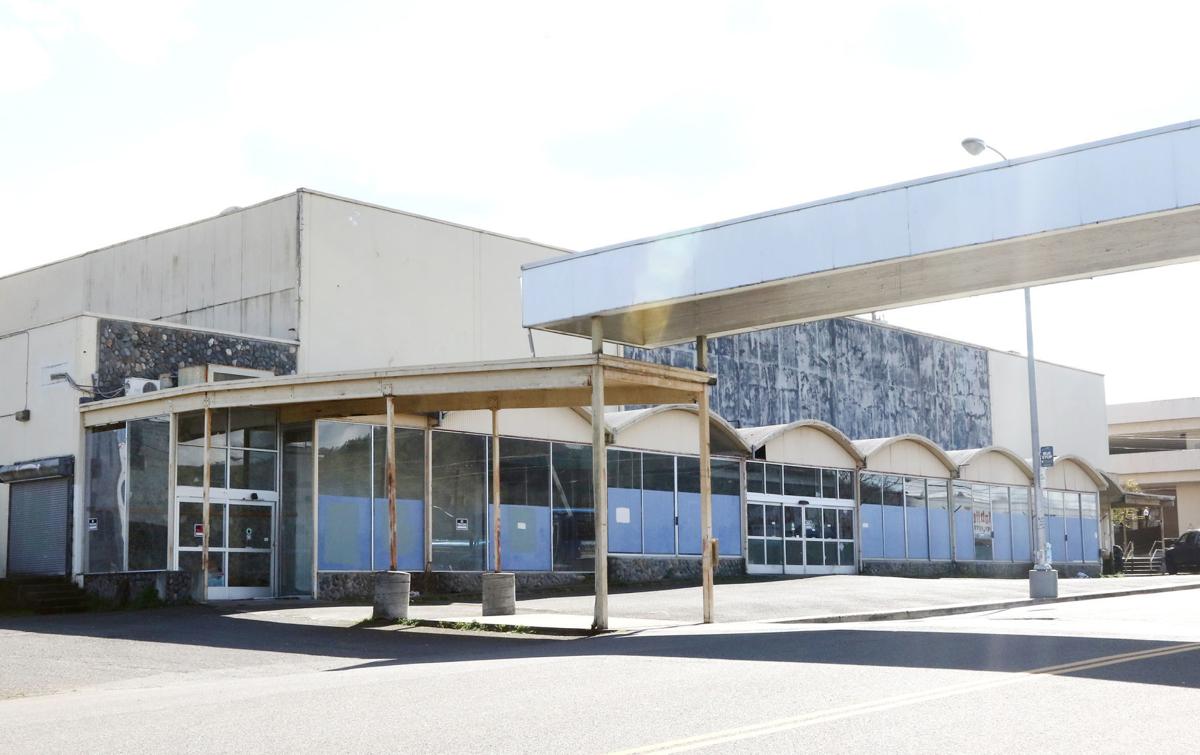 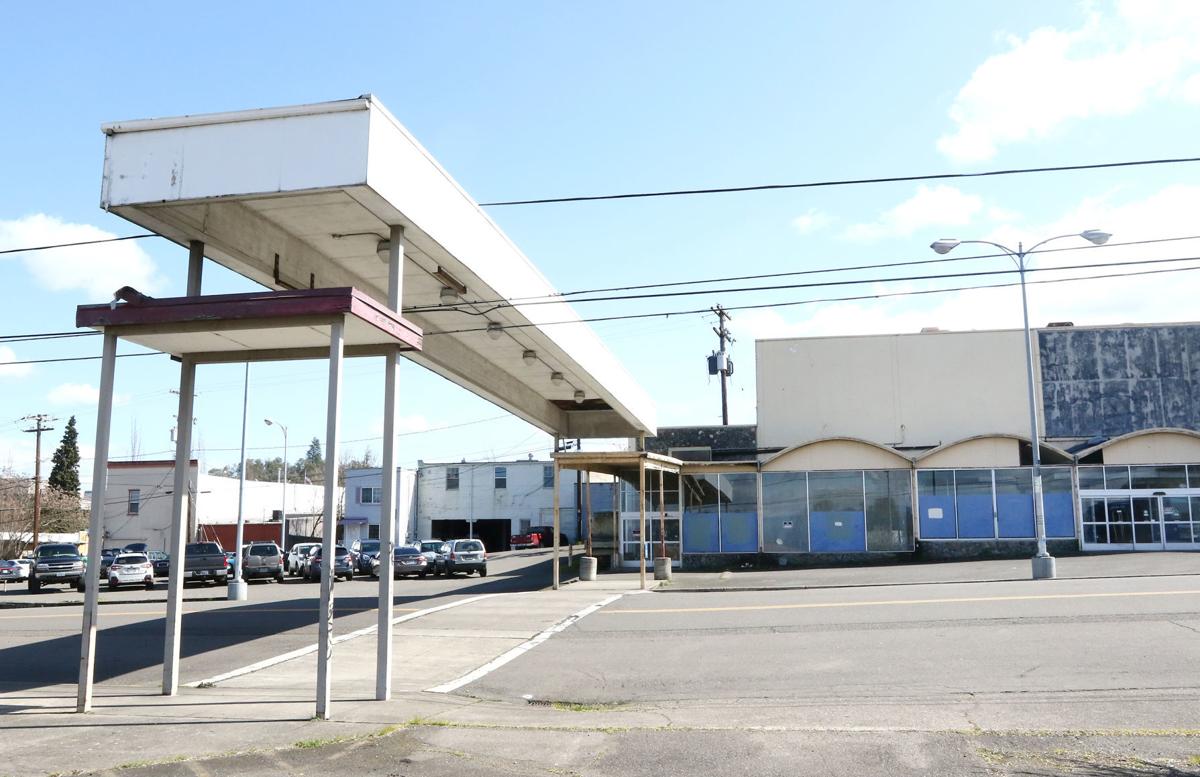 The owner of the long-vacant Ride Aid, which has been an eyesore in downtown Roseburg for more than a decade, is seeking permission to tear down part of the building.

Plans call for the demolition of about 3,000 square feet of the 31,000 square-foot building at 464 SE Jackson St. The portions of the building set to be torn down include the breezeway crossing Southeast Rose Street, the arched portion of the building’s west side, the box compactor and sign frames.

“The demolition of these structures will reduce the blight in the area and clean up the overall appearance of the existing building,” owner Tony Cedolini wrote in paperwork filed with the city.

Because of the building’s history and its location within the Downtown Roseburg Historic District, the owners had to get approval from the city’s Historic Resource Review Commission. The commission was scheduled to discuss the matter this past Wednesday, put the meeting was cancelled due to the coronavirus outbreak.

A new meeting date has not yet been set.

City staff had recommended that the commission approve the partial demolition request.

“The site has been subject to years of neglect and is in need of rehabilitation,” staff wrote in making its recommendation.

The Cedolini family also owns an adjacent property that had housed a Safeway grocery store. The family has owned both properties for more than 40 years, since the Rite Aid was a Payless store and the Safeway a thriving grocery.

A LONG HISTORYThe history of the Rite Aid property dates back more than 140 years.

From its construction in 1878 until 1959, the early brick building on the site housed various businesses. During the 1920s it was the Liberty Theater and in the 1940s it was known as the Star Theater. The building was badly damaged in the 1959 Roseburg Blast, and was demolished.

The building has been listed by the city as derelict on and off over the years, said Roseburg Community Development Director Stuart Cowie. The western side of the building has a row of glass that often gets broken and then boarded up, he said.

“There’s a long history to that building,” Cowie said. “It will be interesting to see what happens to it moving forward.”

Both the Safeway and Rite Aid properties have been mentioned in various development proposals over the years, but none of those plans were ever realized.

The Safeway closed about 15 years ago and sat vacant ever since. In 2012, an Idaho-based natural food store announced plans to open a store in the building, but those plans fell through. The old store was finally demolished last May and the property now sits as a fenced, vacant lot.

In 2008 the Cedolinis obtained permits to renovate the Rite Aid building and demolish the Safeway, but those plans did not materialize.

In 2013, the Cedolinis put the Rite Aid building up for sale for $1.9 million, but offered to sell it the city for $925,425, according to media reports. The Cedolinis said they were offering the property at a discount to Roseburg because the family wants the city to prosper.

The Cedolinis also said that if the city were to buy the Rite Aid building the family would use money from the sale to expand the 22,000-square-foot Safeway and possibly attract another grocery store.

The city hired a Portland architectural firm to study where a plaza could be put. The firm identified several potential sites: the Rite Aid and Safeway lots, the waterfront between Oak and Washington avenues and a lot on Southeast Jackson Street that New Day Quality Grocery once occupied.

However, the negotiations between the Cedolinis and the city ultimately fell through.