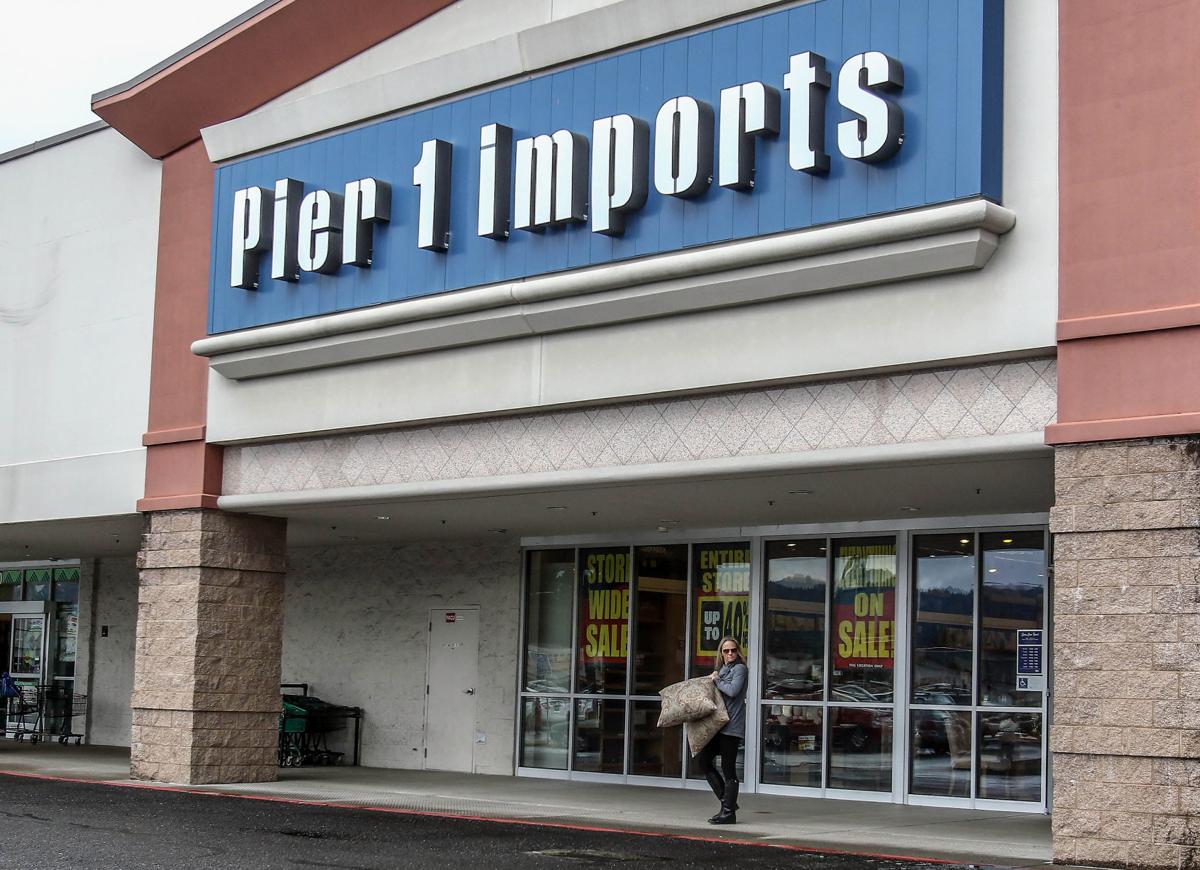 A customer departs Pier 1 Imports at its Garden Valley Shopping Center location Wednesday. Store manager Tami Webster confirmed that the Roseburg location is included on the list of up to 450 stores scheduled to be closed across the U.S. 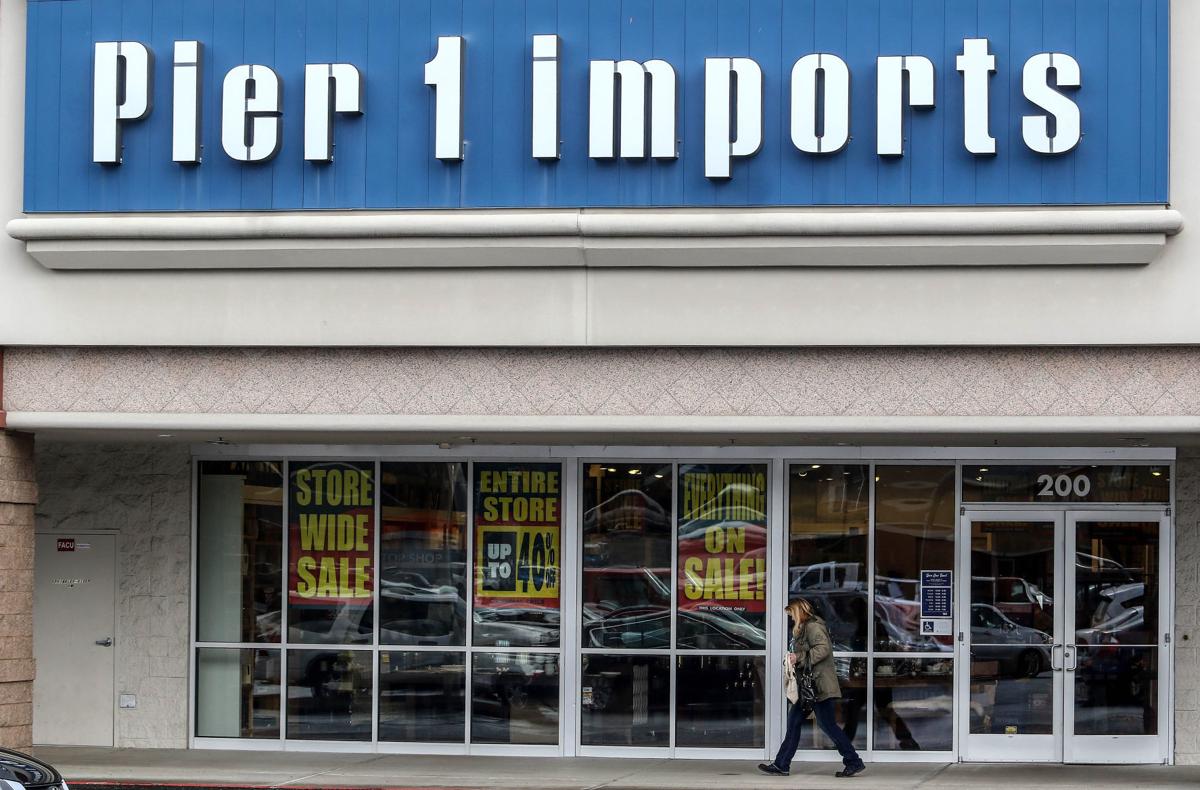 It was business as usual for Pier 1 Imports at its Garden Valley Shopping Center location Wednesday. The store plans to start its going-out-of-business sale Friday after corporate announced plans to shutter nearly half its stores nationwide.

A customer departs Pier 1 Imports at its Garden Valley Shopping Center location Wednesday. Store manager Tami Webster confirmed that the Roseburg location is included on the list of up to 450 stores scheduled to be closed across the U.S.

It was business as usual for Pier 1 Imports at its Garden Valley Shopping Center location Wednesday. The store plans to start its going-out-of-business sale Friday after corporate announced plans to shutter nearly half its stores nationwide.

Pier 1 Imports in Roseburg, which for more than a decade has been a popular stop for shoppers looking for upscale home furnishings, is closing.

Earlier this week, Pier 1 announced it is closing nearly half its 942 stores nationwide. Shortly after that announcement, Tami Webster, the manager at the Roseburg store for the past decade, posted a heartfelt farewell on Facebook, saying that her store was one of those selected to be shuttered.

“I was going to hold off with this news but since my team already knows and we live in a small town I want you to hear it from me,” Webster wrote. “Sadly my store is closing … It is a corporate decision based on widespread corporate results and try as I might (for almost 10 years) it wasn’t enough. I have the best team, the best customers and the best memories. It is my passion and to say I’m emotional and sad is an understatement. We will begin our Store Closing Sale on Friday.”

On Wednesday, Webster said she couldn’t say for sure when the store will close. She has a semi-trailer full of merchandise set to arrive Friday, and needs to sell out before closing for good. But it won’t take long, she said.

“I’m going to be locking my doors next week, let’s put it that way. But it’s hard to say exactly which day that will be,” she said.

The closure means Webster and her staff of 12 will lose their jobs. In addition to losing an income, Webster said she and her staff will miss the interaction with customers that made the job fun.

“I’m sad, really sad. I have a great team and I love my customers,” Webster said. “One of the advantages of being in a smaller town is that we build great relationships with our customers. And we’ve got some really great customers.”

Pier 1 has been a fixture in the Garden Valley Shopping Center since it opened in 2005. The center opened decades ago and has undergone substantial changes over the years, including a major renovation in 2001-02. But several of the anchor stores, including J.C. Penney, which opened in 1989 and Ross Dress For Less, which opened about a decade later, have weathered the financial turbulence.

“Larger retail spaces are having a little more difficult time right now, just because retail is really not using large spaces quite as much as they used to,” Bennett said. “But with Roseburg growing and the VA there and the upcoming college, all those things are positive. And for those reasons this mall has stayed open even through the tough times.”

The size and location of the space lends itself to a number of possibilities, but the most likely tenant will be a large national retail chain, she said.

“If somebody wants to move into a 10,000 square foot space, let us know,” Bennett said.

Pier 1, which is headquartered in Fort Worth, Texas, said it will close up to 450 stores and will also shutter distribution centers. It didn’t say where the store closures would occur or how many workers will be impacted, but it operates stores throughout the U.S. and Canada. There are nine stores in Oregon, according to the company web site.

The company — which was founded in California in 1962 — has been trying to revamp its stores and change its offerings to appeal more to younger customers. But it is struggling to compete with budget-friendly home decor sites like Wayfair.

Positive changes have been slow coming. Pier 1 sales fell 13% in the most recent quarter as store traffic fell. It reported a net loss of $59 million for the quarter, which ended Nov. 30.

Back in Roseburg, a steady stream of customers came to the store Wednesday, perhaps for the last time.

Earl Skonberg, who lives in Sutherlin with his wife, said the couple has been shopping at the Pier 1 regularly since they moved here from California in 2006. Skonberg said the closure is emblematic of a depressed economy in the region.

“It’s not just the store, it’s the story of Roseburg,” he said. “All the stores around here are closing.”

Webster, the store manager, said she worried that the closure might have a ripple effect.

“I’m just pointing out the obvious, but it’s a blow for the store and the community,” she said. “It’s just sad on a lot of levels.”

This story contains information from the Associated Press.

The one thing I always noticed when I went into Pier 1 was that I was often the only customer in the store.