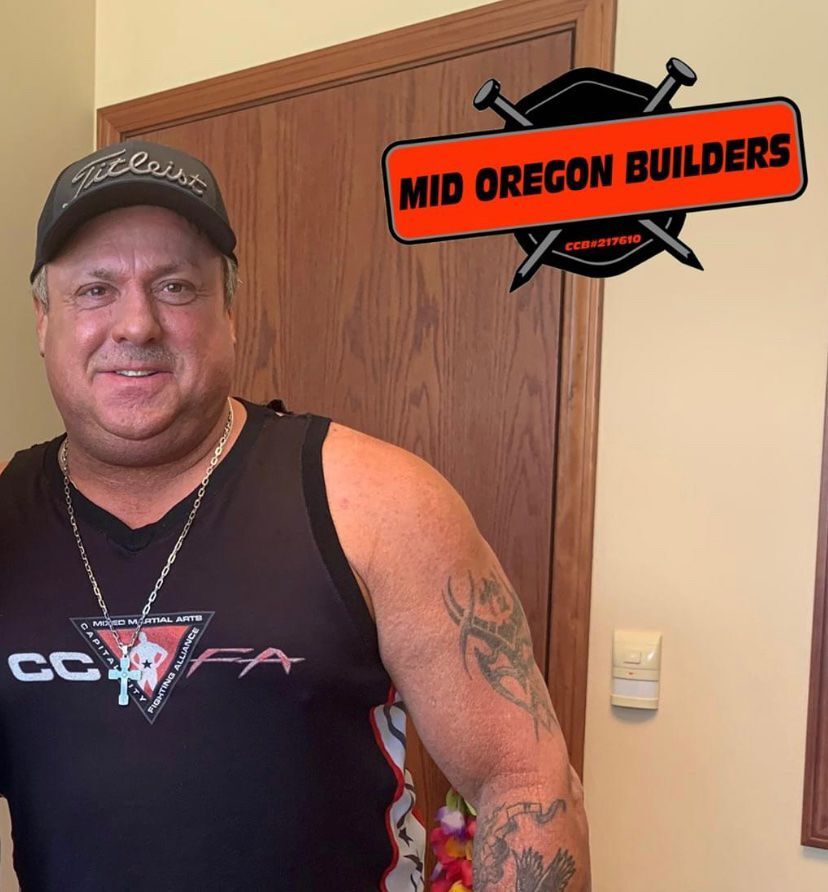 Things are going from bad to worse for Douglas County homebuilder Joseph Russi.

Over the last couple of years, Russi, co-owner of Mid Oregon Builders, has been repeatedly sued for non-payment and breach of contract, fined more than $300,000 by the state for a host of workplace violations, and had a dozen Oregon Department of Revenue liens placed against him.

Because of those problems, Mid Oregon Builders had work halted on at least 85 of its homes in Douglas County.

And now Russi, along with his wife Deborah, has been ordered to pay $5.4 million to his sister-in-law for violating the provisions of a family trust that had been set up by Deborah Russi’s parents. The award was issued by an arbitration panel in Douglas County. The arbitration is considered binding, but Russi’s sister-in-law has filed a petition in Douglas County Circuit Court, seeking a judge’s ruling to put more teeth in her efforts to collect.

Russi is also the target of a complaint lodged with the Oregon Bureau of Labor & Industries that accuses him of a myriad of criminal actions, including sexual assault, tax evasion and forgery. The bureau confirmed it has an active investigation ongoing in connection with the complaint.

BREACH OF DUTYThe arbitration case centers around Deborah Russi and Catherine Wissenback, who are sisters, and their parents, Robert and Eva Kerner. The family members were longtime residents of Sacramento, California, where the Kerners owned property, including two mobile home parks and the land on which they sat.

Deborah met Joseph Russi in 2010, and they were married the following year. Russi became Robert Kerner’s driver and close associate, taking him to meetings with his lawyer and elsewhere, and taking Eva Kerner to medical appointments, court records show.

Russi quickly worked his way up the business ladder of the two mobile home parks, becoming CEO of the two corporations that oversaw the parks.

In a rambling Facebook post, Wissenback gives her version of events that led to her facing off legally against the Russis. She claims Russi developed a relationship with Deborah just to gain access to the family’s wealth.

“Joel Russi targeted my family and married my sister, who is the trustee of our family’s multi-million dollar trust,” Wissenback wrote. “I believe he knew exactly who she was and targeted her for the money, then he took my part of my irrevocable trust, which was worth millions.

“My dad was made a fool of and that makes me cry because he believed in a guy that was a complete con artist,” she wrote.

In 2012, Robert Kerner updated a revocable trust he and his wife had created for the family members. The handling of that trust and the millions of dollars in it is the crux of the petition that Wissenback brought before the three-person arbitration panel.

For example, the Russis used the trust like an ATM machine, borrowing large sums of money from it. In one month in the summer of 2012, Deborah Russi borrowed more than $2.1 million. The Russis used the money to buy properties in the area, paying cash for them, court records show.

Deborah Russi borrowed at least another $1.25 million from the trust over the next couple of years, according to court documents.

“To put it bluntly, there was no evidence whatsoever that Deborah ever did anything to satisfy any of her duties as trustee of the trust,” the arbitration panel said. “Rather, the uncontroverted evidence is that Deborah failed to perform any of her affirmative duties and repeatedly engaged in conduct that violated her legal proscriptions on her discretion as a trustee.”

Among her transgressions, the panel found that Deborah Russi did not keep her sister “reasonably informed” of the trust; did not give her an annual accounting of it; took out loans and conducted other activities with the trust that were not in the best interest of Wissenback; and sold properties with money borrowed from the trust and kept the money for herself and her husband.

The panel also found that Joseph Russi was a “key player” in the improper administration of the trust, which is why he is named as a respondent along with his wife.

The arbitration hearing took place via Zoom over four days in April. The arbitration panel initially awarded Wissenback $4.4 million. In June, the panel added more than $1 million in attorney’s fees and other fees, for a total award amount of $5,486,159.

This past Monday, Peterman, the Russis’ attorney, filed a counter petition. In it, he asked the court to toss out the decision of the arbitration panel, or at least reduce the amount it awarded Wissenback.

In his petition response, Peterman argued that the arbitration panel was biased and unfair to his clients, and repeatedly decided in favor of Wissenback.

“Specifically, most procedural and evidentiary decisions made by the Panel over the course of the proceeding and hearing were resolved in Petitioner’s favor without good cause, and the Panel generally took a one-sided view of the evidence, and demonstrated an actual, discernible tendency to favor Petitioner,” Peterman argued.

As an example, he cites the refusal of the panel to grant a request from the Russis to postpone the hearing despite the coronavirus pandemic, Deborah Russi’s battle with cancer and Joseph Russi’s filing for bankruptcy.

Those decisions demonstrated the “rigid inflexibility” on the part of the panel regarding requests from his clients, Peterman argued.

AN INVESTIGATIONThe Oregon Bureau of Labor & Industries complaint was filed against Russi and Mid Oregon Builders in March by a woman who said she was a former employee of the company. The bureau said it would not release the name of the individual due to the nature of the accusations.

Mid Oregon Builders is owned by Russi, Dave Duncan and Shea Cambridge. State records show the company’s business license is currently inactive. The complaint lists Duncan and Cambridge as co-owners of the company, and described how they allowed Russi to create a hostile work environment.

But the bulk of the complaint contains a litany of alleged actions and behaviors by Russi that range from inappropriate to criminal.

Among the allegations in the complaint:

Russi repeatedly touched and grabbed the woman’s buttocks and private areas, pulled her bra straps and touched her breasts and neck inside and outside her clothing; rubbed her back and ran his hands through her hair; kissed her neck and face; asked if she would engage in sex with another female employee; and stalked the woman at her home, in the community and at least one place she frequented.

Kelsey Dietrick, public records manager for the bureau, said the agency would not comment on the investigation, since it is ongoing. Dietrick did say that the case is co-filed with the federal Equal Employment Opportunity Commission, which also investigates potential workplace discrimination.

Dietrick also said that the agency works with law enforcement when appropriate.

Russi has skipped payment on a slew of debts, which has resulted in a dozen Oregon Department of Revenue liens placed against him since April 2020.

In addition to the liens, Russi has been named as a defendant in more than a dozen civil complaints filed in the last two years alone.

In May, a complaint was filed against Russi seeking $535,000 for debts Russi allegedly promised to pay but never did, according to court records. That case is winding its way through the courts.

In another complaint filed in December, Mid Oregon Builders bought nearly $80,000 worth of materials on credit from an Oregon building supply company and never paid for it. Russi, and his attorney Peterman, never responded to the complaint and were found to be in default. Earlier this month Russi was ordered to pay more than $90,000, which included attorneys fees and interest on the debt.

Mid Oregon Builders has also run into problems with the state over its lax worker safety protocols — which resulted in yet more debt for the company.

Mid Oregon Builders had a history of failing to implement adequate fall protection systems and exposing workers to potentially dangerous falls, resulting in more than $120,000 in fines, according to Oregon Occupational Safety and Health Administration officials.

Stan Jessup, enforcement program manager for the Oregon Construction Contractors Board in Salem, said Russi was also fined for selling 42 properties as an unlicensed developer.

In an earlier interview, Mid Oregon Builder co-owner Dave Duncan said the company ran into financial problems back in the spring of 2020, when a lender cut off their line of credit due to COVID-19.

Russi filed for personal bankruptcy last summer, Duncan said, which put a bigger crimp on the company’s finances. Mid Oregon Builders then lost its contractors insurance, prompting Douglas County building officials to place stop-work orders on all 85 of its houses under construction in Sutherlin, Winston and Roseburg.

Duncan said Mid Oregon Builders was selling the homes to Jeremy Parmenter, a Eugene broker and licensed contractor. But many of the homes remain unfinished, in limbo.

Using a photo of him with booze in his hand seems appropriate. How could you steal from that many people and not drink?

I've had some bad experiences with builders--or so I thought. Apparently, coulda been worse.