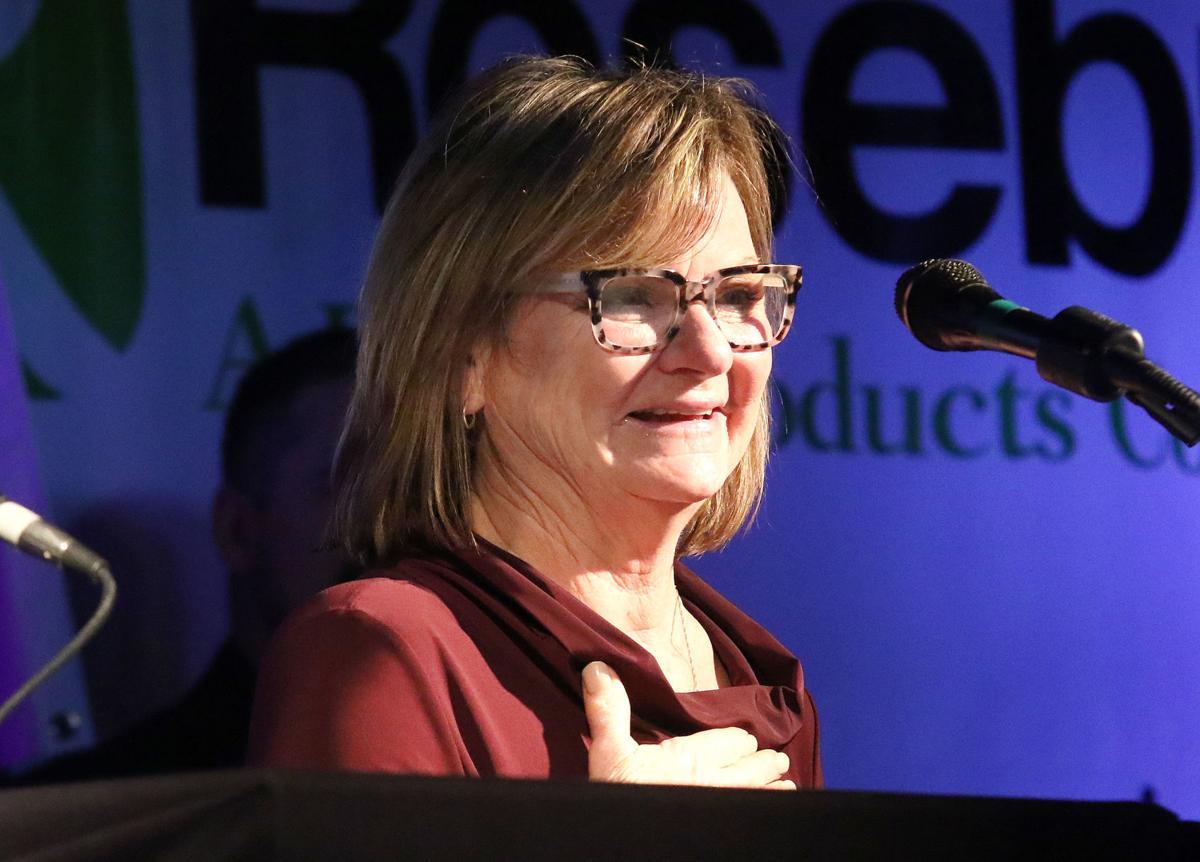 Renee Coen takes the stage after being selected as the 2019 female Roseburg First Citizen on Thursday night during a banquet organized by the Roseburg Area Chamber of Commerce in Roseburg. 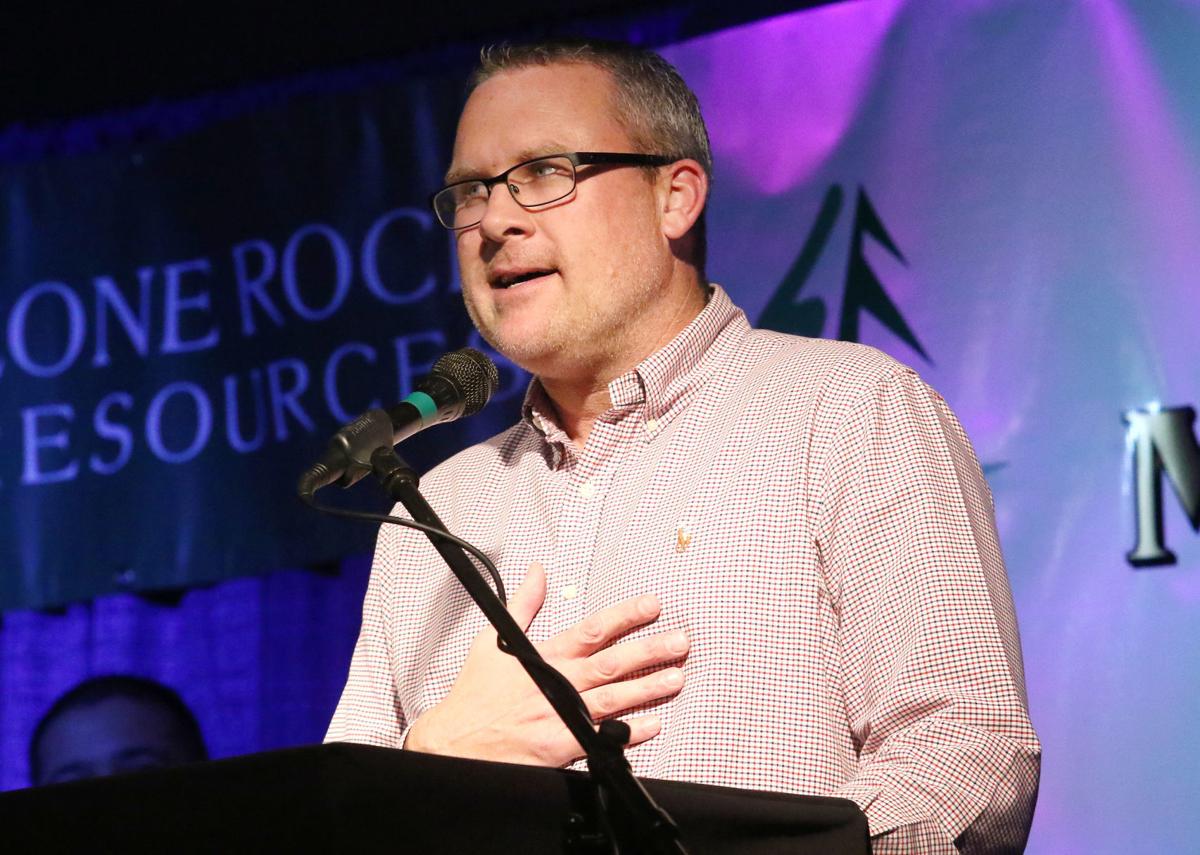 Alex Palm takes the stage after being selected as the 2019 male Roseburg First Citizen Thursday night during a banquet organized by the Roseburg Area Chamber of Commerce in Roseburg.

Renee Coen takes the stage after being selected as the 2019 female Roseburg First Citizen on Thursday night during a banquet organized by the Roseburg Area Chamber of Commerce in Roseburg.

Alex Palm takes the stage after being selected as the 2019 male Roseburg First Citizen Thursday night during a banquet organized by the Roseburg Area Chamber of Commerce in Roseburg.

Renee Coen and Alex Palm were announced as the 2019 Roseburg First Citizens at the Roseburg Area Chamber of Commerce 66th Annual Awards Dinner and Membership Meeting on Thursday night. About 160 people attended the event inside Douglas Hall at the Douglas County Fairgrounds.

A male and female citizen who give to the community are recognized every year along with the small, medium and large businesses of the year and volunteer of the year. This year, an award was also given out for Innovator of the Year.

Coen has been involved in community activities since she moved to Roseburg in 1985. When not caring for patients as a nurse, Coen mentors nursing students at Umpqua Community College. Over the years, she has also volunteered with numerous organizations, including Festival of Lights, UCC’s Legacy Ball, the Fir Grove School Library, the YMCA and St. George Episcopal Church.

“I love this community,” Coen said as she accepted the award to a standing ovation. “Thank you so very much.”

“Oh man. If I would’ve had any clue this was happening tonight, I would’ve had one less glass of wine,” Palm joked as he accepted the award. “I am truly humbled by this award tonight.”

The Innovator of the Year was given to Rogue Credit Union, which recently opened a branch on the UCC campus that allows students to gain hands-on experience while attending school.

Traditionally, the dinner had also been used to announce the Future First Citizen Scholarship Award for Roseburg High School students, but that was discontinued last year due to a lack of sponsorship.

Instead, the Future First Citizen, along with four semifinal scholarship winners, will be announced by the Roseburg High School Foundation Board at its Scholarship Banquet in March.

The Roseburg Area Chamber of Commerce is a coalition of businesses that come together “to create a strong local economy, promote business and our community, provide networking opportunities and represent businesses through political action,” according to its web site.

The Roseburg Commercial Club, founded in 1908, was the forbearer to the current organization, which officially organized as a chamber of commerce and became incorporated in 1932.

The initial First Citizen Award was handed out in 1954 to Curtis T. Beecher, a POW in the Philippine Islands who later became a Red Cross volunteer. In 1961 the first woman recipient, Florence McBee, was honored.

Vicki Nielsen and Gary Crowe were announced as the 2018 Roseburg First Citizens at the 65th Annual Awards Dinner last year. They accompanied this year’s First Citizens to the stage.