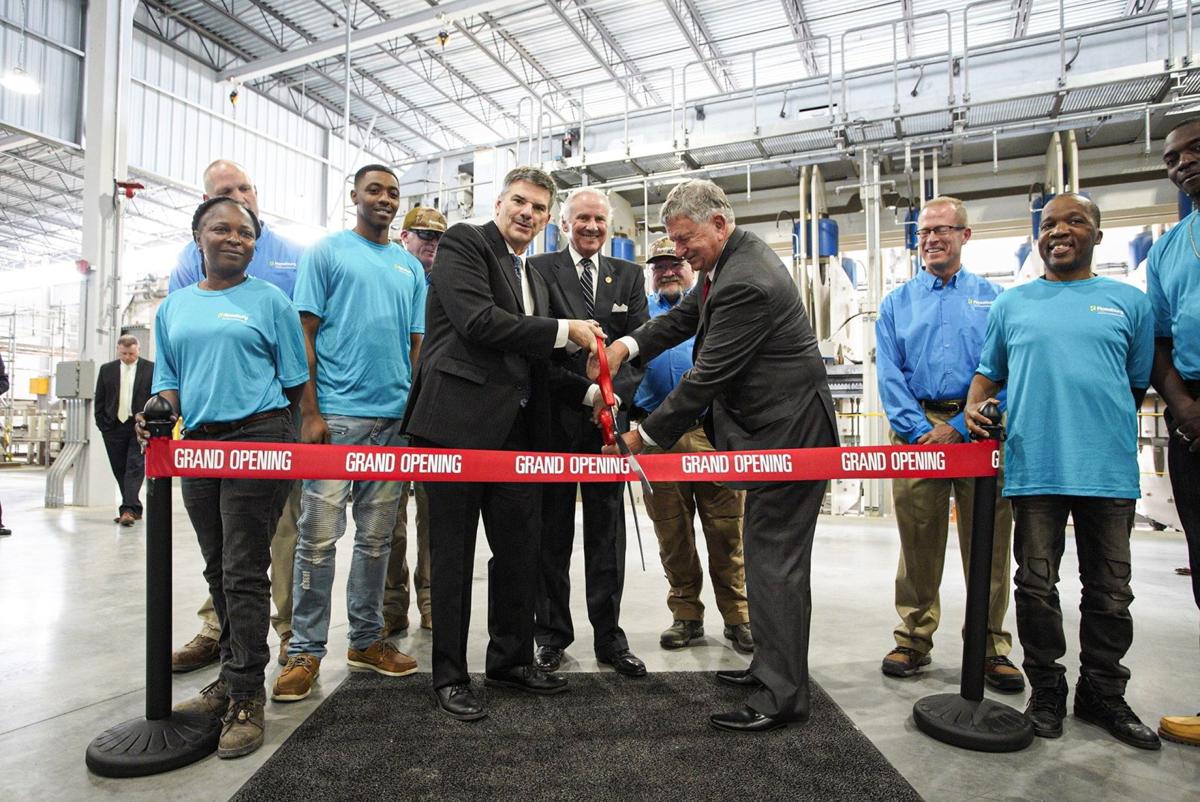 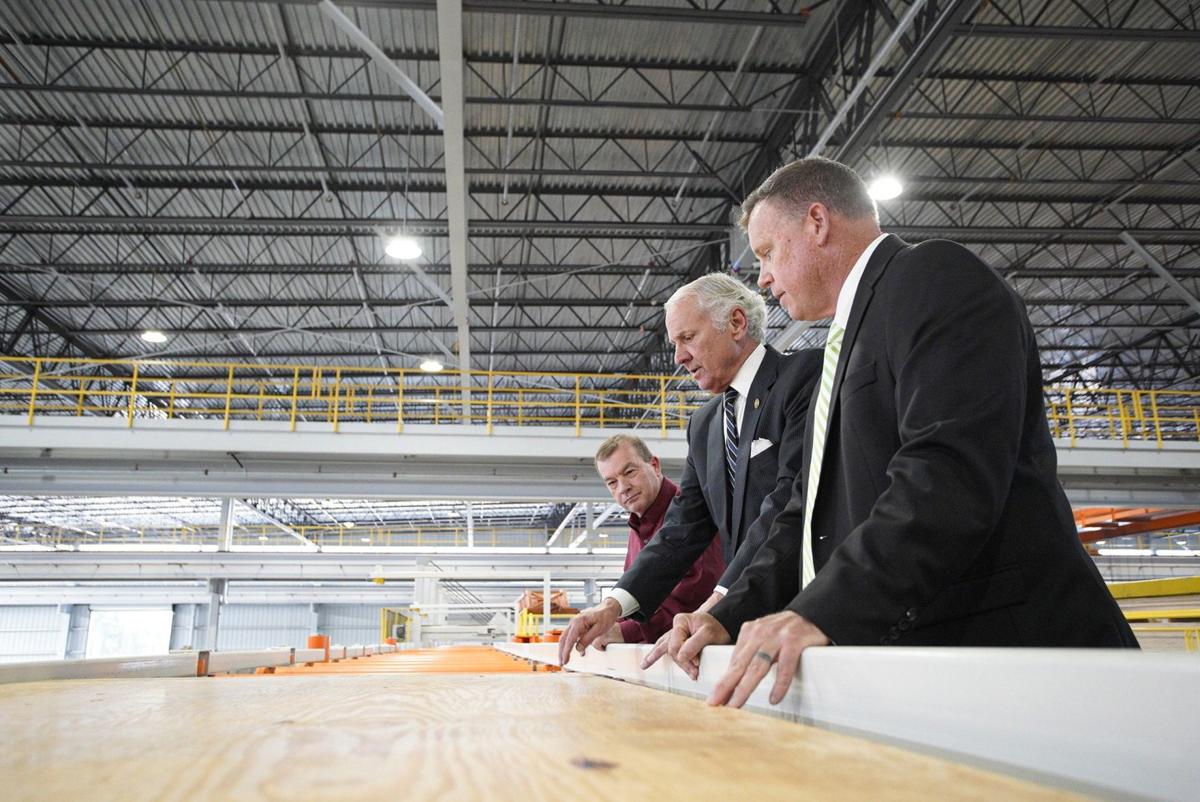 After the ribbon cutting, guests were given a tour of the plant. When fully operational it will employ at least 145 people, RFP officials said.

“What started out as an undeveloped plot of land is now home to a state-of-the-art manufacturing facility thanks to the efforts of a team of people with the vision and knowledge to make it happen,” Ford said. “Because of those efforts, 145 people will have jobs that did not exist before, and 145 families will earn a stable income in a safe work environment that contributes to the overall health and prosperity of this community and this state.”

RFP officials touted the Chester plant as the most technologically advanced manufacturing facility of its kind, featuring the highest-capacity laminated veneer lumber (LVL) press in the world. Plans for the plant were announced in the summer of 2017 and workers broke ground later that year. The plant produced its first board on Sept. 19 of this year.

The Chester facility will produce LVL headers and beams used in residential and commercial construction. Roseburg first established its engineered wood business in 2001 and currently manufactures joists, rimboard and other similar products at its plant in Riddle. The LVL products are considered stronger, stiffer and more consistent than conventional lumber and support heavier loads and allow greater spans because of that.

“Expanding and diversifying into new markets and business lines contributes to the company’s health and stability, which benefits our employees, including the more than 2,000 people Roseburg employs in Douglas County,” Taylor said. “Our investment in this new plant and recent acquisitions elsewhere reflect Roseburg’s long-term commitment to the industry. We have been here for 83 years and we will be here well into the future, providing stable, family-wage jobs to thousands of area residents.”

RFP was founded in 1936. It currently runs sawmill and plywood facilities in Dillard and Riddle and a plywood plant in Coquille.

In August, RFP announced it was laying off 90 employees at its plant in Dillard. RFP said the layoffs were due to “unfavorable conditions in the North American plywood market.”

RFP owns property in Douglas County worth an assessed value of $154 million, and paid $1.52 million in ad valorem taxes last year, according to county tax records.

RFP owns and manages more than 600,000 acres of timberland in Oregon, North Carolina and Virginia, as well as an export wood chip terminal facility in Coos Bay. The company employs more than 3,500 people in about 200 communities throughout North America. RFP moved its headquarters from Dillard to Springfield in 2016.