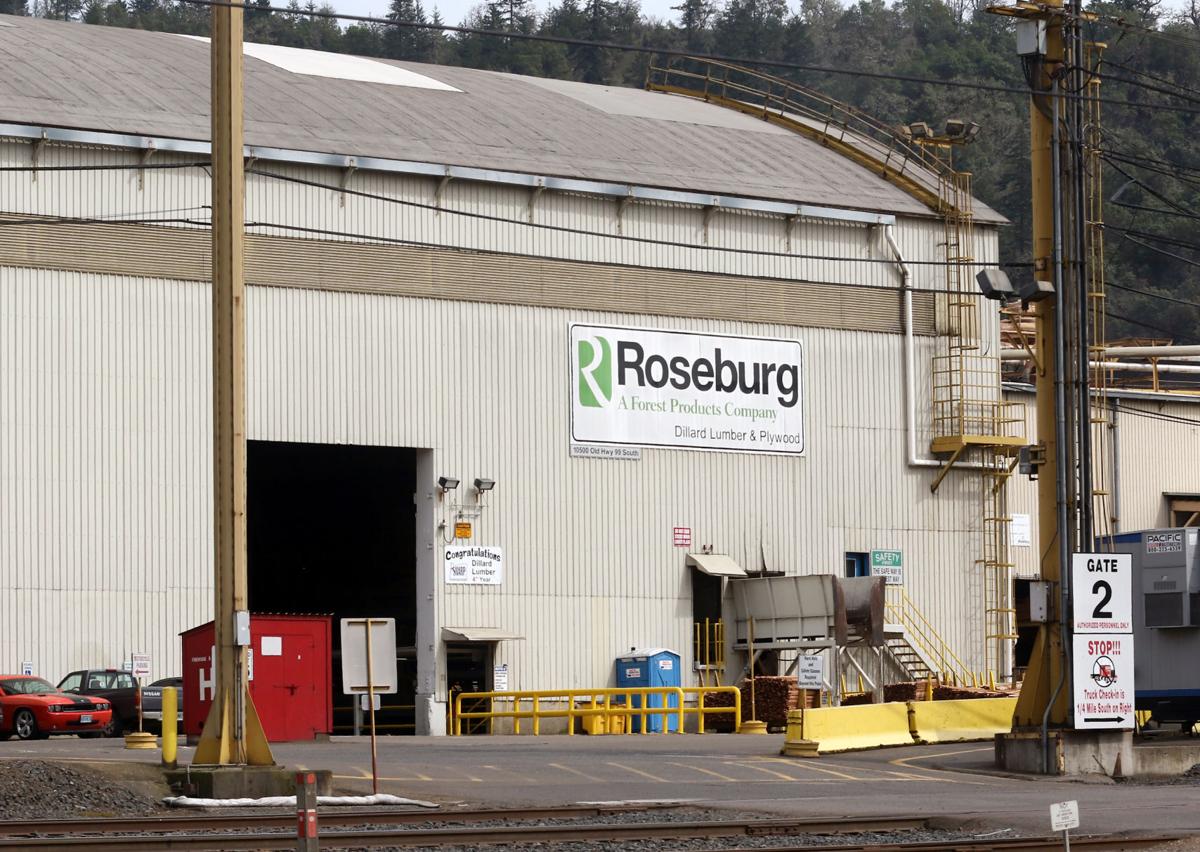 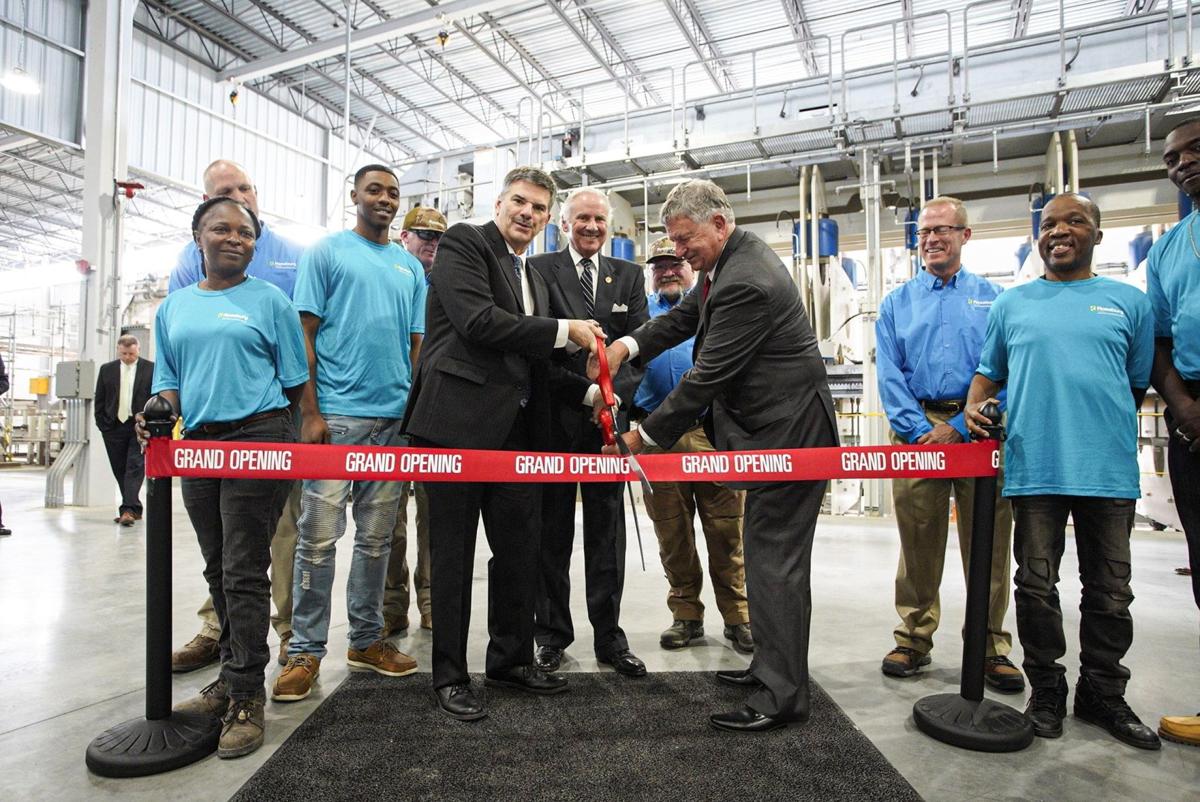 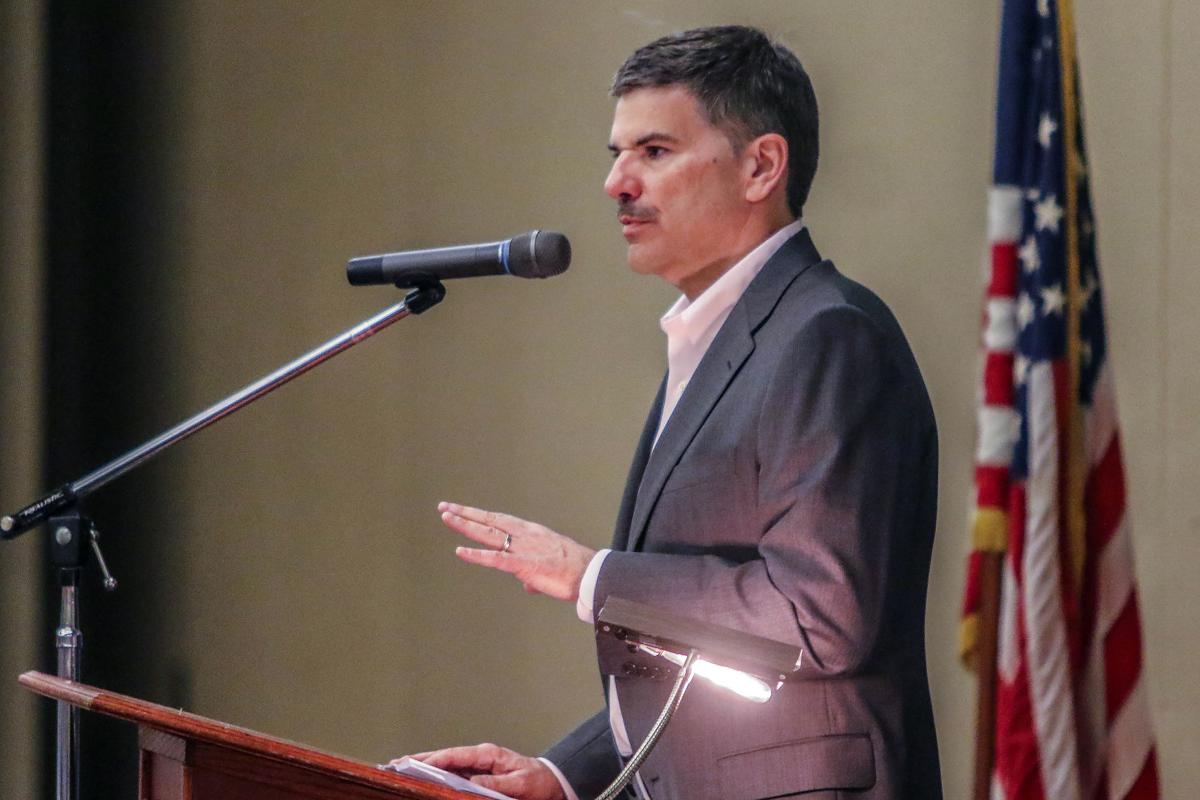 Grady Mulbery, president and CEO of Roseburg Forest Products, addresses a packed room during the Roseburg Area Chamber of Commerce membership meeting in 2018 at the Douglas County Fairgrounds.

Grady Mulbery, president and CEO of Roseburg Forest Products, addresses a packed room during the Roseburg Area Chamber of Commerce membership meeting in 2018 at the Douglas County Fairgrounds.

Roseburg Forest Products on Wednesday announced that it will shut down its particleboard plant in Dillard, which will put the 179 workers there in limbo, at least temporarily.

RFP officials said they would try to find work for the plant employees elsewhere in the company. The Dillard plant has been operating since 1965. Some work will continue to be performed at the plant over the next 60 days as operations wind down and eventually come to a close.

“A significant majority of our Dillard composites team members will be offered opportunities at our other Oregon facilities,” said Rebecca Taylor, corporate communications director for RFP. “Our goal is to offer uninterrupted local employment to as many of our team members as possible.”

RFP officials said the move to close the plant was part of a restructuring in the company. RFP also announced a multi-million dollar investment in new technology at its western manufacturing operations.

Brian Rooney, a regional economist for the Oregon Employment Department, said while the emphasis on new technology is driving growth in the timber industry, it often comes at a price — namely jobs lost.

“Wood products is a mature industry that continues to become more efficient through technology,” Rooney said. “Unfortunately, that can lead to less need for labor and closure of older facilities.”

Rooney also said he expects the trend of jobs lost to technology to continue in the timber industry, which will have a ripple effect on local economies.

“It’s not good for the local economy when payroll is lost, especially higher-paying jobs like manufacturing jobs since it usually means less business for local retailers and services,” he said. “It’s likely the industry will continue to become more efficient in the future but continue to produce in Douglas County since there is a lot of available timber.”

Roseburg Forest Products was founded in 1936. The privately-owned company continues to be one of North America’s leading producers of timber products. RFP owns and manages more than 600,000 acres of timberland in Oregon, North Carolina and Virginia.

RFP also continues to be an economic engine in Douglas County, where it employs about 1,600 people.

In south Douglas County, RFP still operates sawmill and plywood plants in Dillard, as well as a regional administrative office and a truck shop there and a powerhouse, which converts wood waste into power. RFP also operates plywood and engineered wood plants in Riddle.

Elsewhere in Oregon, RFP operates plants in Medford and Coquille; has its main corporate office as well as some forestry offices in Springfield; and a shipping terminal in Coos Bay that exports wood chips to Japan.

Nationally, the company employs about 3,400 individuals, with about 2,400 of them employed in Oregon.

The closure comes at a time when RFP has been aggressive in opening other, modern plants in the southeast United States, including Louisiana, Mississippi and South Carolina.

In October 2019, RFP held a ribbon-cutting ceremony for its new wood plant in Chester, South Carolina. At the time company officials said they had hired 100 new workers and expected to hire a total of 145 when the plant was fully operational.

The following month, RFP laid off about 30 employees at the Dillard plywood plant, citing “unfavorable conditions in the North American plywood market” as the reason for the move.

Virtually all of the employees laid off were offered immediate jobs at other RFP plants in Dillard and Riddle, the company said. The remaining affected employees were invited to interview for positions at other RFP facilities.

RFP officials vow to help displaced workers at the Dillard plant find other work within the company this time around too.

“The decision to stop production at a facility is never easy, and these transitions have significant impact on the people involved,” Roseburg senior vice president of operations Jake Elston said in a news release. “We have already begun working with our current team members on this upcoming transition to identify other opportunities within the organization.”

"RFP officials said they would try to find work for the plant employees elsewhere in the company." Nice of you to try. How about offering the 179 employees the opportunity to become educated to perform the more technological processes you're moving toward, and how about paying for that education? How about maintaining a commitment to those employees who spent years working for you? Offering to try seems like hollow words for a company expanding to other states, now with a national presence in the job market.

This is not surprising. The plant in Dillard is old. RFP has been building new plants in Louisiana and Mississippi. But it's a kick in the mid-section to the 179 employees who work there, some for many years. Losing a long-time job can cause much grief. My thoughts are with them during this difficult time.

Nothing in the story suggests that they are moving out of Oregon, nor that their decision has anything to do with OR business regulations.

Can't really blame them for moving out of anti business Oregon.

Going to be a lot of businesses doing this.

Yes...automating the process to increase company profits has nothing to do with it.

They go where the profitable trees are.