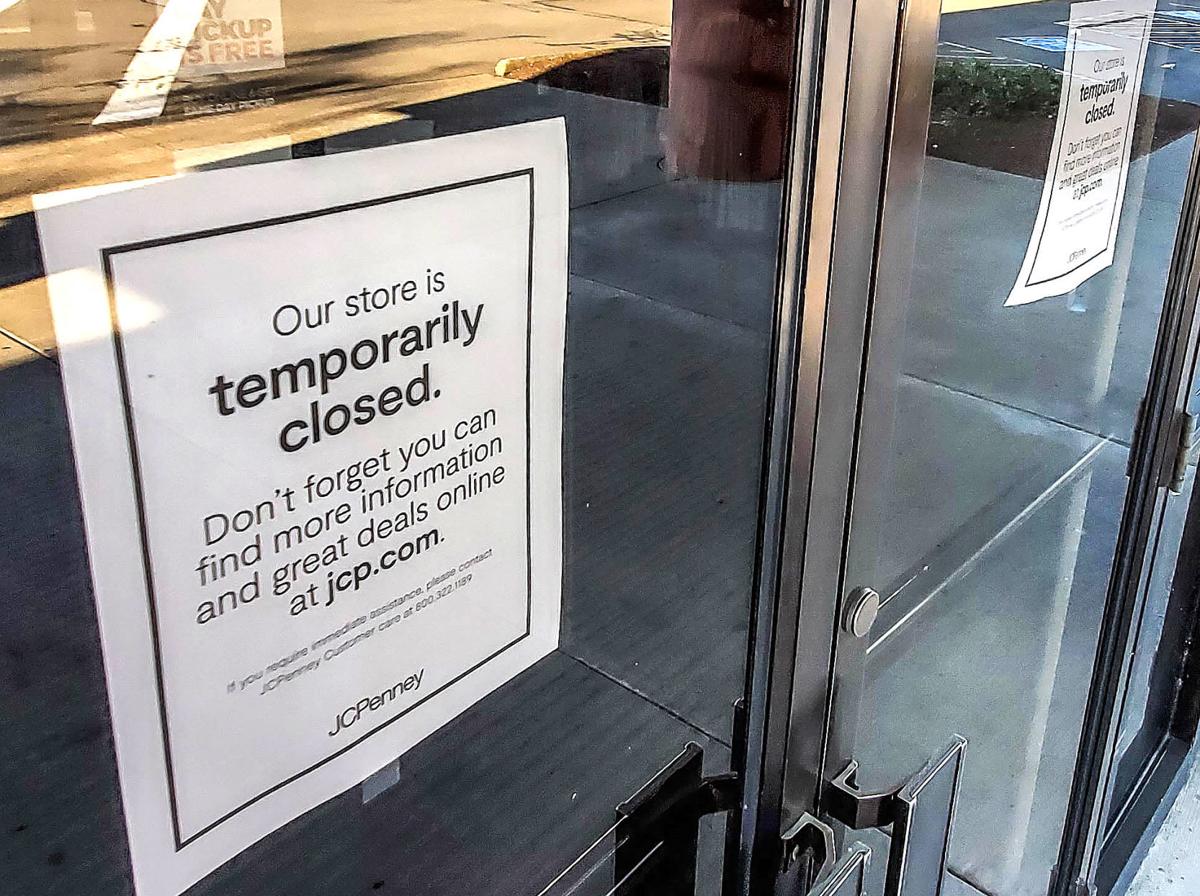 Signs on the front of JCPenney in Roseburg tell customers that the store is closed temporarily. 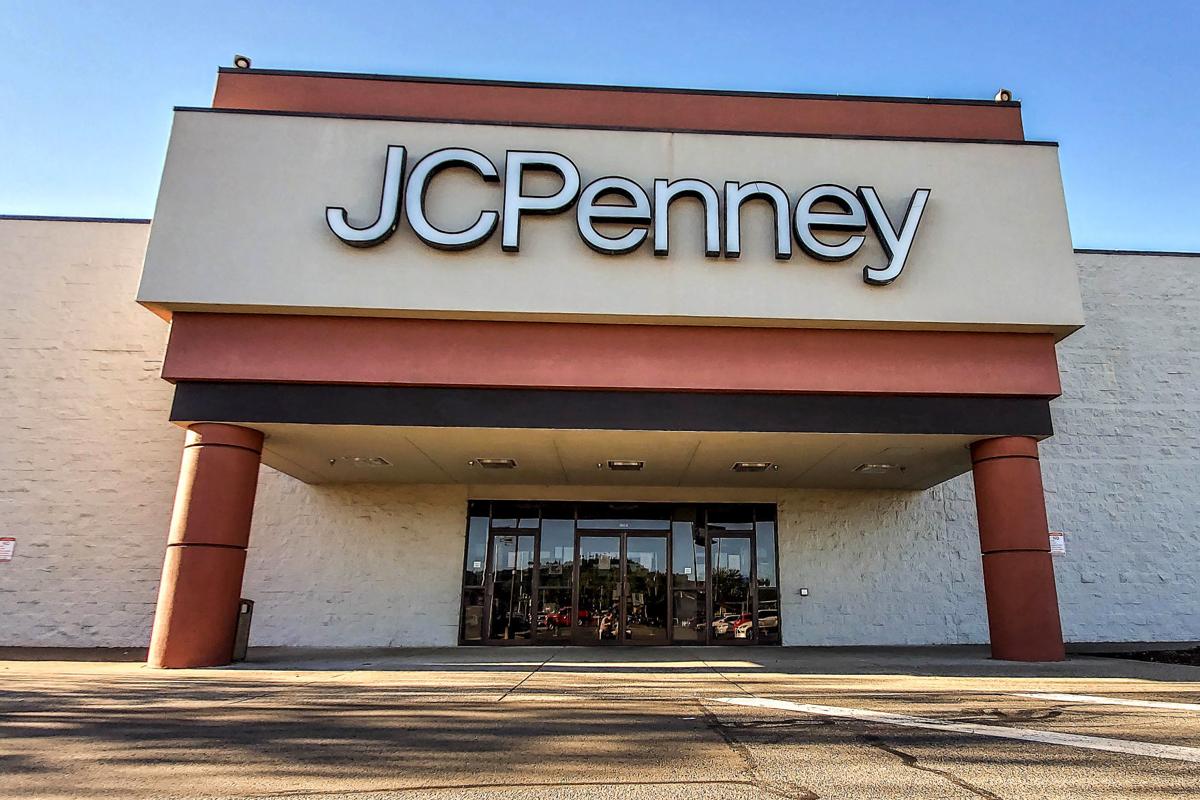 The JCPenney store at the Garden Valley Shopping Center in Roseburg will be one of 154 stores nationwide to close permanently. JCPenney chose to close the store after filing for Chapter 11 bankruptcy protection earlier this year. 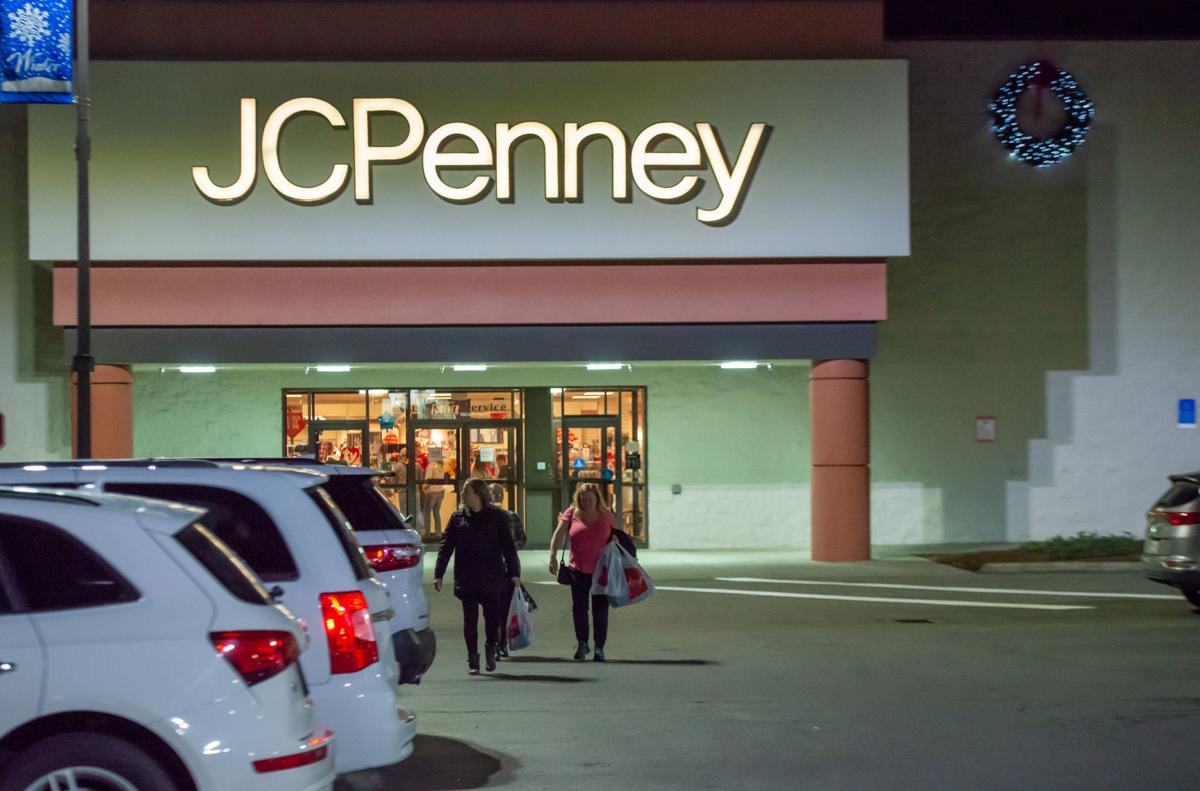 Shoppers exit JC Penney in Roseburg is closing for two weeks due to COVID-19.

Signs on the front of JCPenney in Roseburg tell customers that the store is closed temporarily.

The JCPenney store at the Garden Valley Shopping Center in Roseburg will be one of 154 stores nationwide to close permanently. JCPenney chose to close the store after filing for Chapter 11 bankruptcy protection earlier this year.

Shoppers exit JC Penney in Roseburg is closing for two weeks due to COVID-19.

It looks like there’s a chance that the JCPenney store in the Garden Valley Shopping Center may not be closing for good after all.

On June 4, JCPenney announced it was filing for bankruptcy and closing 154 stores nationwide; the Roseburg store was among those listed to be closed.

But this week an employee of the Eugene company that manages the Garden Valley Shopping Center said there still is a chance that the JCPenney there, which has been closed since mid-March due to COVID-19, may remain open.

Connie Bennett, who manages the Garden Valley Shopping Center for Silva Management Co., said representatives for JCPenney presented a deal to the landlord of the shopping center that could keep the store open.

“They’re in negotiations with the landlord right now so we don’t know what’s going to happen,” Bennett said. “We’re kind of in a holding pattern, but we should know in a couple of weeks.”

The Roseburg store reopened on Friday with many items on sale, but Bennett cautioned not to read too much into that.

The shopping center is owned by RAM Property Development in Eugene.

JCPenney opened around 1989, and the building the store was in covers about 35,000 square feet, Bennett said.

JCPenney had earlier announced plans to close nearly 250 stores, leaving about 600 open. In a June 4 bankruptcy court filing the company listed the first 154 of those stores slated to close.

In addition to the Roseburg location, stores in Bend, McMinnville and Salem were also on the list of closures.

JCPenney has been fighting an uphill battle to retain its footing in the retail market for a decade, and closures due to COVID-19 made matters much worse, according to a filing with the federal Securities and Exchange Commission on Wednesday. Those filings show that sales fell by $1.4 billion, or 56%, in the first quarter that ended May 2. Operating losses for the quarter more than tripled, from $93 million a year ago to $339 million this year, according to the filings.

But JCPenney was losing money long before COVID-19. The last time the company had a profitable year was 2010, and its net losses have totaled $4.5 billion since then, according to media reports.

This has also been a difficult year for the Garden Valley Shopping Center. Earlier this year Pier 1, which had been a fixture in the shopping center for 15 year, announced it would be closing for good. Then COVID-19 hit and business essentially stopped at the shopping center.

“It was scary, like a ghost town,” Bennett said. “But right now everything is back open and people are following the protocols. We were pretty fortunate, all in all, that people were able to bounce right back.”

Bennett said that the 10,000 square-foot Pier 1 location had generated some interest before COVID-19 shut everything down.

“We had some people interested in the property, then the COVID-19 hit, and everybody is afraid to make a decision,” she said.

Despite that, Bennett said she expects a new business to take over the spot in the not-too-distant future.

“I would be surprised if it sat vacant for the rest of the year,” she said.

Bennett also said the other businesses in the shopping center, including Ross Dress For Less, Michaels, Dollar Tree and Petco, are doing well, which bodes well for the entire shopping center.

“We’ll see what happens with JCPenney, but it’s a good location and it’s a strong center,” she said. “It’s going to stay viable, that’s for sure.”