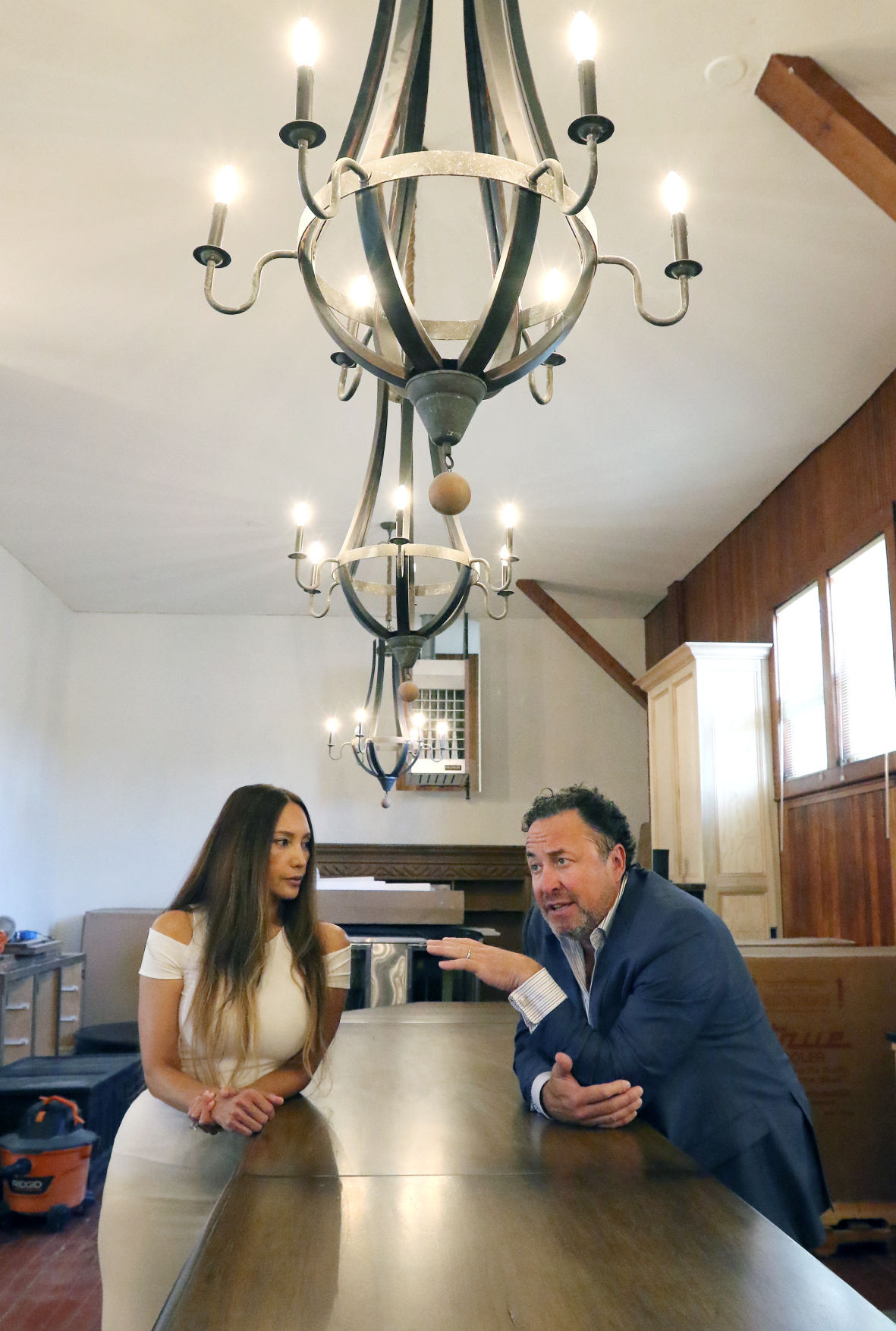 Katrina and Vince Gaeta, owners of Skog’s restaurant in Oakland and the adjacent Turkey Hall. 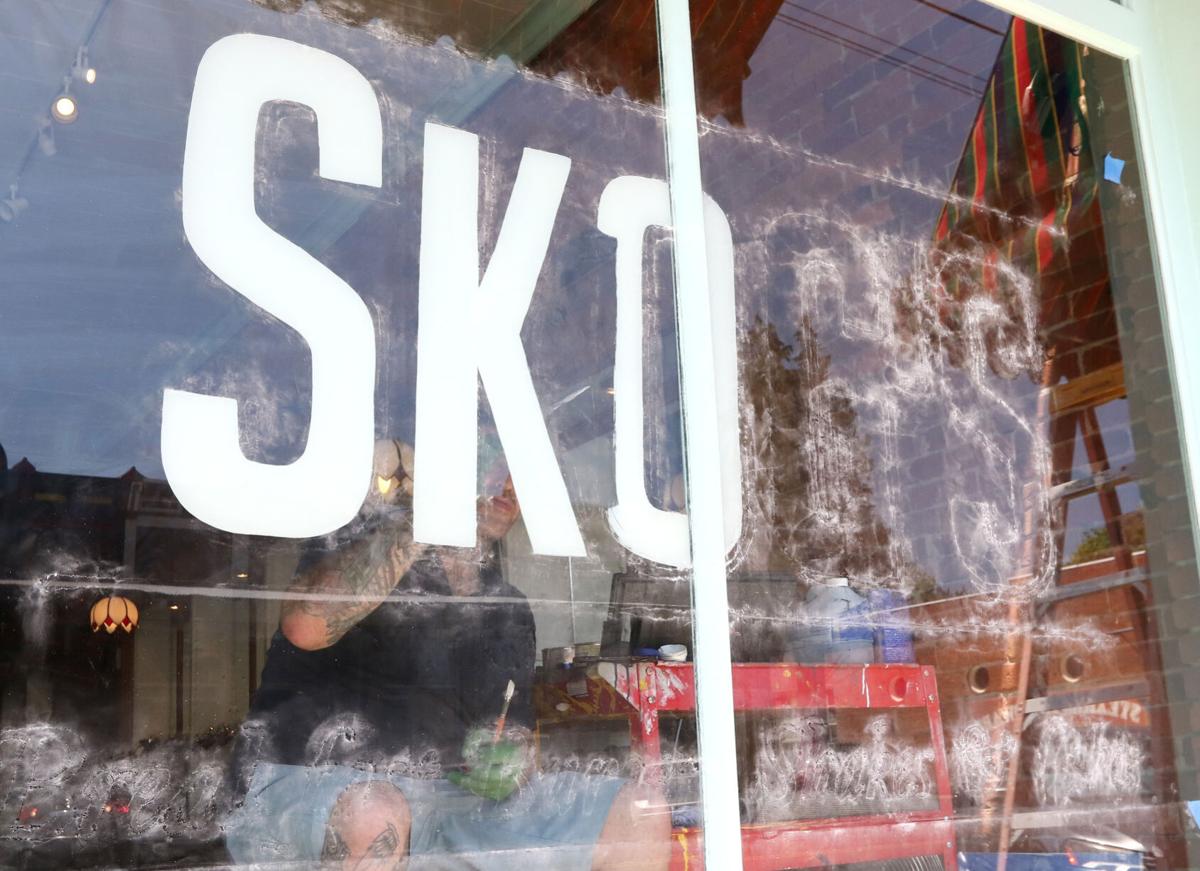 A painter works on a window display at Skog’s, which was formerly known as Tolly’s in Oakland on July 30. The new name is a nod to local doctor Roy Skoglund. 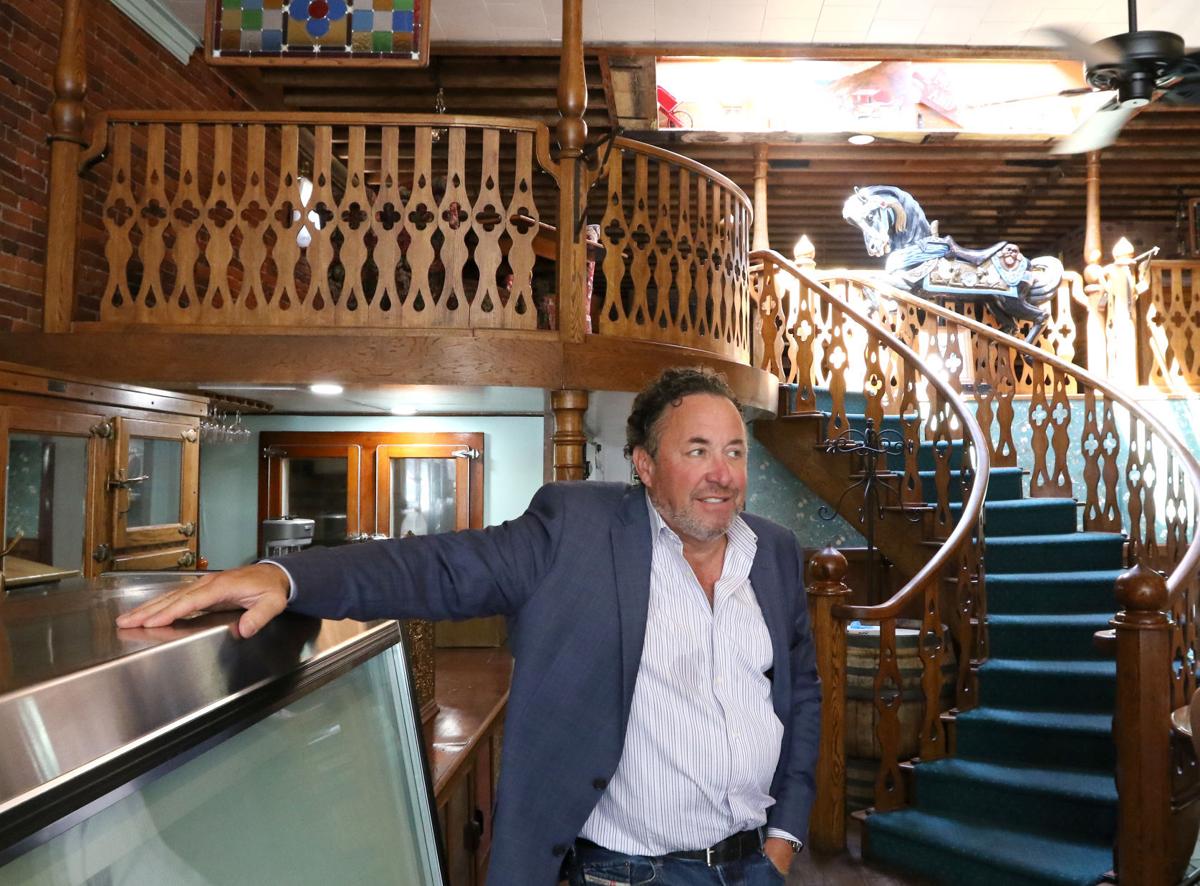 Vincent Gaeta of Roseburg discusses his plans for Tolly’s restaurant in Oakland on July 30 which he purchased earlier this year.

Katrina and Vince Gaeta, owners of Skog’s restaurant in Oakland and the adjacent Turkey Hall.

A painter works on a window display at Skog’s, which was formerly known as Tolly’s in Oakland on July 30. The new name is a nod to local doctor Roy Skoglund.

Vincent Gaeta of Roseburg discusses his plans for Tolly’s restaurant in Oakland on July 30 which he purchased earlier this year.

Skog’s restaurant in Oakland has closed until July 1 while the owners regroup, heal from an injury and hire more staff.

The re-opening, scheduled for July 1, will coincide with the grand opening of the completely remodeled event center, The Turkey Hall, around the corner.

Vince Gaeta, who owns Skog’s and The Turkey Hall along with his wife Katrina, sent me a note Tuesday explaining the closure. Gaeta said he broke his foot the Friday before Mother’s Day — the biggest day of the year for most restaurants — which put a crimp on his family’s ability to manage the big crowds that showed up.

Gaeta said Skog’s had 120 reservations by Friday and had served more than 250 patrons by 4 p.m. Sunday. While that was great news, he said, it put an enormous strain on the family-operated restaurant. Along with Vince and Katrina, two teenage sons, Vincenzo and Tino, as well as daughter Tricia, who is a chef, keep Skog’s running.

“We’re going to take a moment to host a job fair that we’ll broadcast out on Facebook and hopefully hire a bunch of eager faces to jump in and have fun help us launch The Turkey Hall, and our Skog’sclub VIP concept, in what amounts to less than six weeks,” he said.

Gaeta said when the restaurant reopens along with The Turkey Hall, both facilities will be able to accommodate hundreds of patrons for meals and events. Turkey Hall alone features 12,000 square feet of entertainment space, he said. Gaeta said The Turkey Hall will offer buffet-style dining Friday and Saturday beginning at 4 p.m., featuring a gourmet deli, homemade breads, smoked meats, poultry, an Italian coffee and dessert bar and more. There will also be a market, wine shop and tastings.

If that’s not enough, Gaeta said there will be live music commencing from 7 p.m. to 10 p.m.

Meanwhile, Skog’s will also feature a private gaming salon with an emphasis on poker, he said.

And to help get the word out, a billboard is being planned for drivers heading northbound on Interstate 5 just ahead of the 135 exit at Wilbur, Gaeta said.

“The overwhelming response that we’ve experienced from the wonderful folks here in Douglas County has far exceeded any expectation we had going into this,” Gaeta said. “We feel like we’ve met the whole town since we opened and in the process forged many new friendships, which is the thing our family values most in life.”

Skog’s made a splash when it opened last summer in the site of the former Tolly’s restaurant at 115 Locust St. in Oakland.

But the most well-known was Tolly’s, which itself dated back 50 years and was housed in a building more than 100 years old.

Tolly’s dates back to 1968 when Terry and Carol Tollefson opened it to offer sandwiches and later added a soda fountain. The Tollefsons sold it and bought it back several times, most recently in the summer of 2018. But that version of Tolly’s lasted only about a year, before closing in November 2019.

It sat vacant until last summer, when the Gaetas’ took it over and started refurbishing it. Skog’s opened in August 2020.

Vince and family are troopers! Kudos to them for continuing with their vision!

The past year has wreaked havoc on most food facilities! Their investments

of time and monies have been huge! Much success!!!