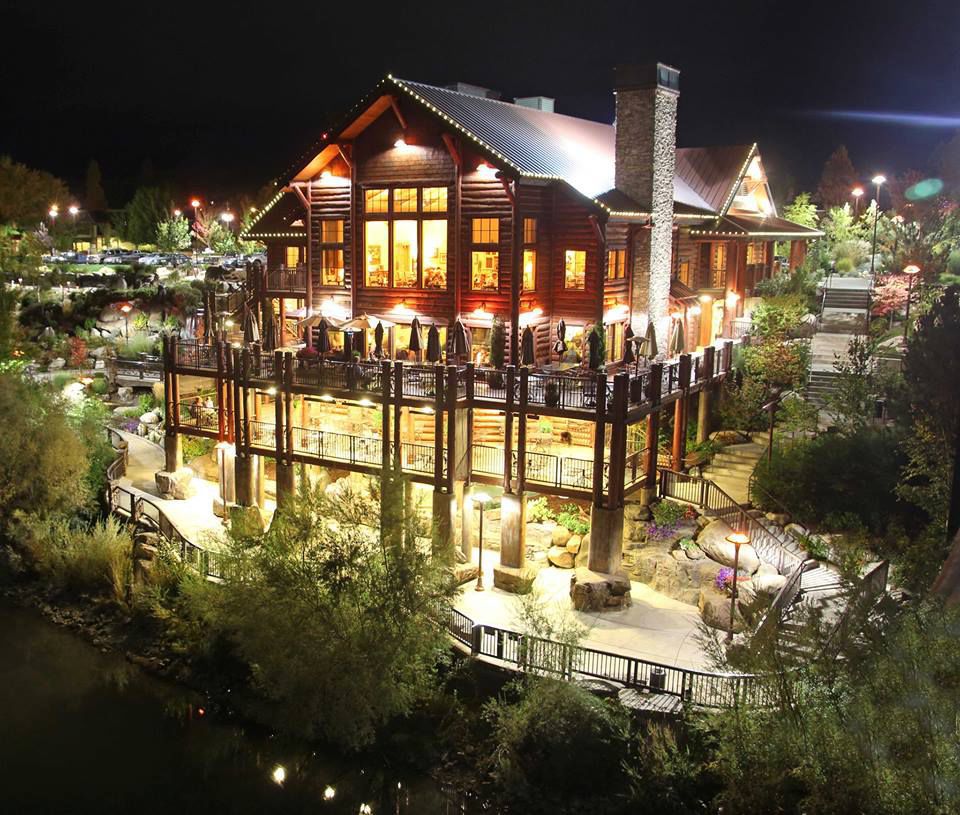 The original Taprock Northwest Grill was voted Best Restaurant in Grants Pass in the 2013, 2014 and 2015, by the Southern Oregon Magazine Reader’s Choice Awards. The restaurant is located near Hellgate Canyon. 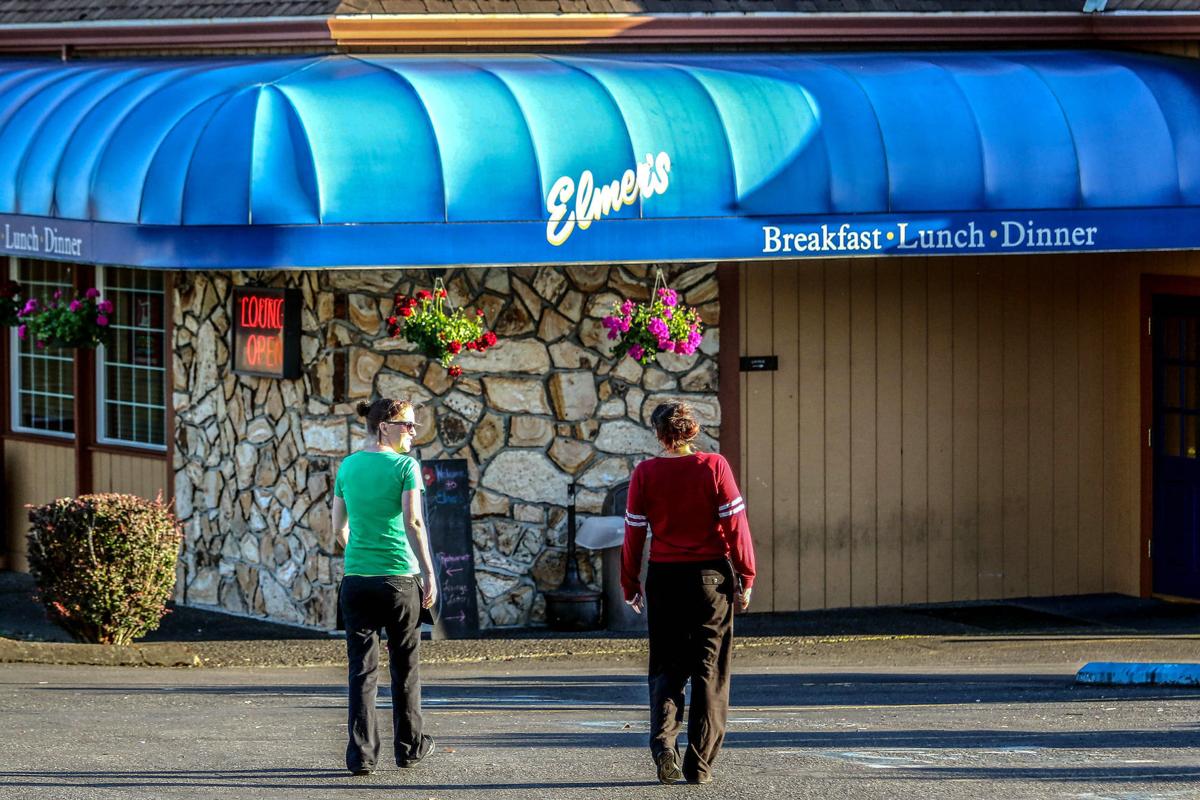 Two people walk toward Elmer’s on Monday evening. The ownership group of Elmer’s said it is shopping around locations for a new Taprock location in Roseburg.

The original Taprock Northwest Grill was voted Best Restaurant in Grants Pass in the 2013, 2014 and 2015, by the Southern Oregon Magazine Reader’s Choice Awards. The restaurant is located near Hellgate Canyon.

Two people walk toward Elmer’s on Monday evening. The ownership group of Elmer’s said it is shopping around locations for a new Taprock location in Roseburg.

Taprock is an $8 million upscale log cabin restaurant set on the Rogue River in Grants Pass near Hellgate Canyon. Owner Dave Thomason said that location is not necessarily what a Roseburg Taprock would look like.

“That is a not prototypical,” Thomason said. “We are looking for what would be a second company-owned store with the intent of franchising it.”

The owners of Elmer’s started Taprock in Washington to franchise it to existing Elmer’s operators, but they decided to keep their focus on Elmer’s and sold the Taprock brand to Thomason. He had already opened the second store in the Grants Pass location and now wants to take advantage of the work already done to franchise it.

“It’s a very difficult process to take any store, to take it through the legal process to franchise it,” Thomason said.

He said has not pinned down a location yet, but he is in discussions with land owners on potential sites for a toned-down version of the Grants Pass eatery. Thomas Hospitality recently purchased both Human Bean locations in Roseburg.

Thrilled that Roseburg may be getting a Taprock! The Grants Pass Taprock is our favorite place to dine when we head south...mainly because of its fabulous location! We enjoy sitting on the deck overlooking the Rogue! I hope Roseburg will also have a unique location! What about overlooking the Winchester Dam??

to classy for roseburg

They won't be serving "Roseburg Only" patrons. Most likely their location will be conveniently off the I-5 which will attract passers by. Gotta think BIG, St Paddy. BIG!