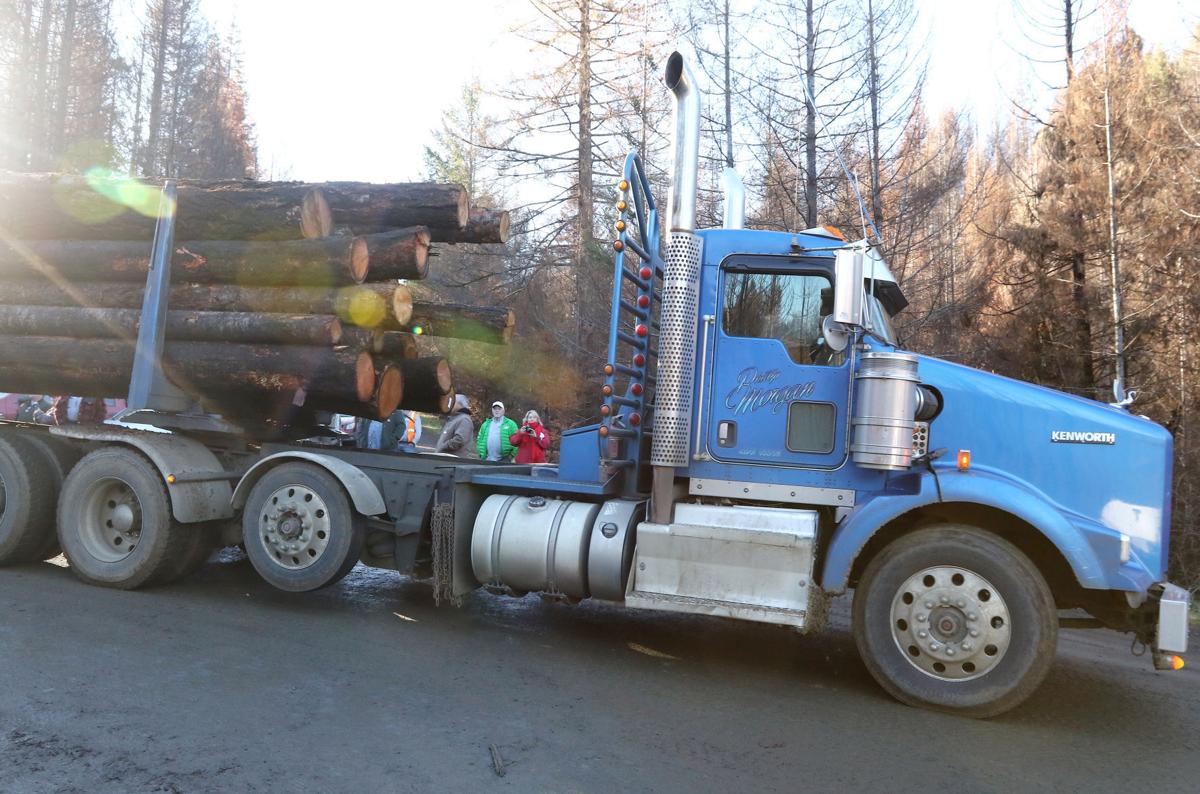 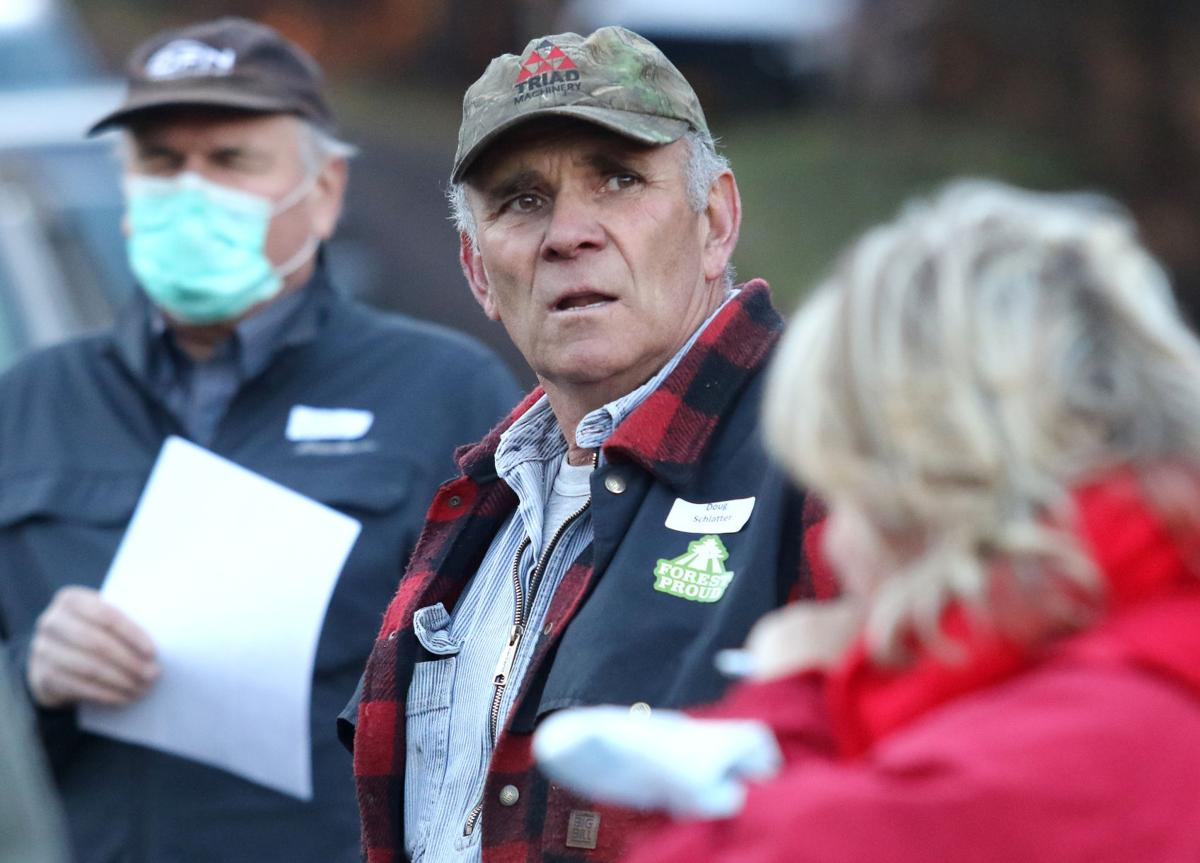 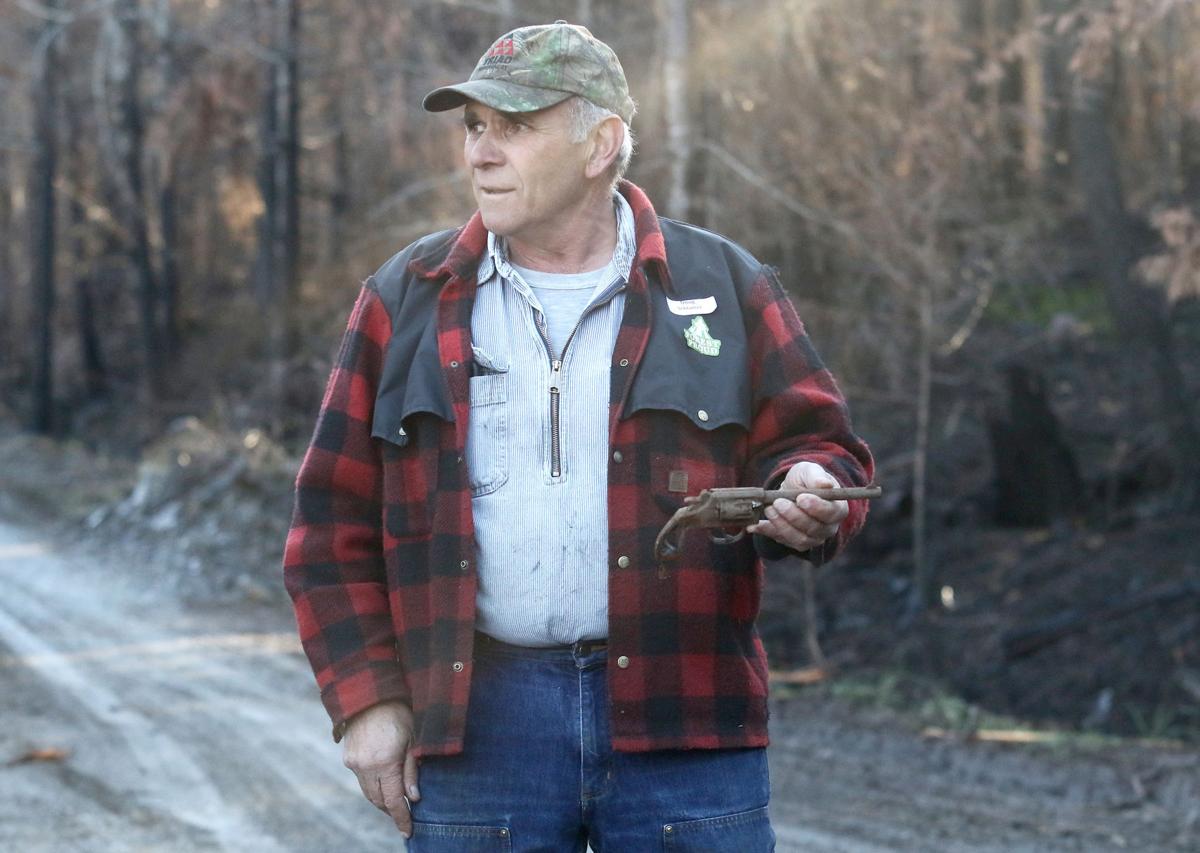 Oregon Small Woodlands Association member Doug Schlatter holds a destroyed pistol he had previously found on his land in Glide in the aftermath of the Archie Creek Fire. He didn’t know who the owner of the firearm was or how it ended up on his land. 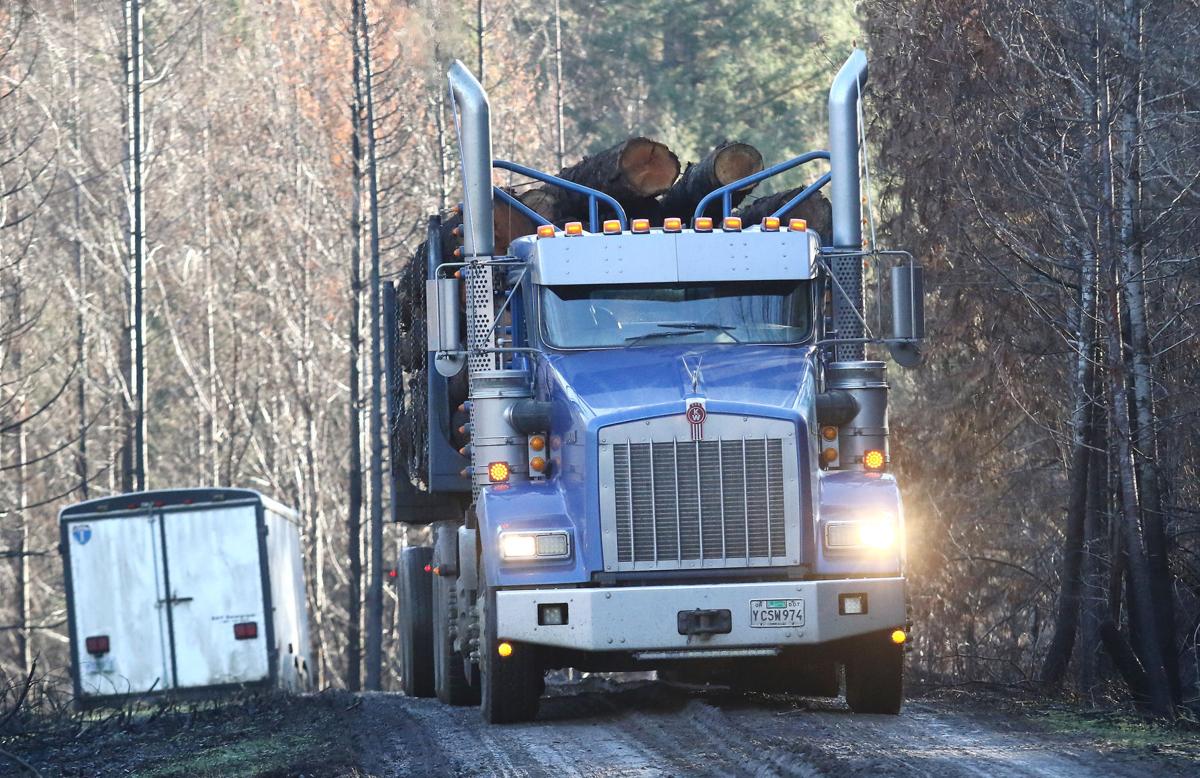 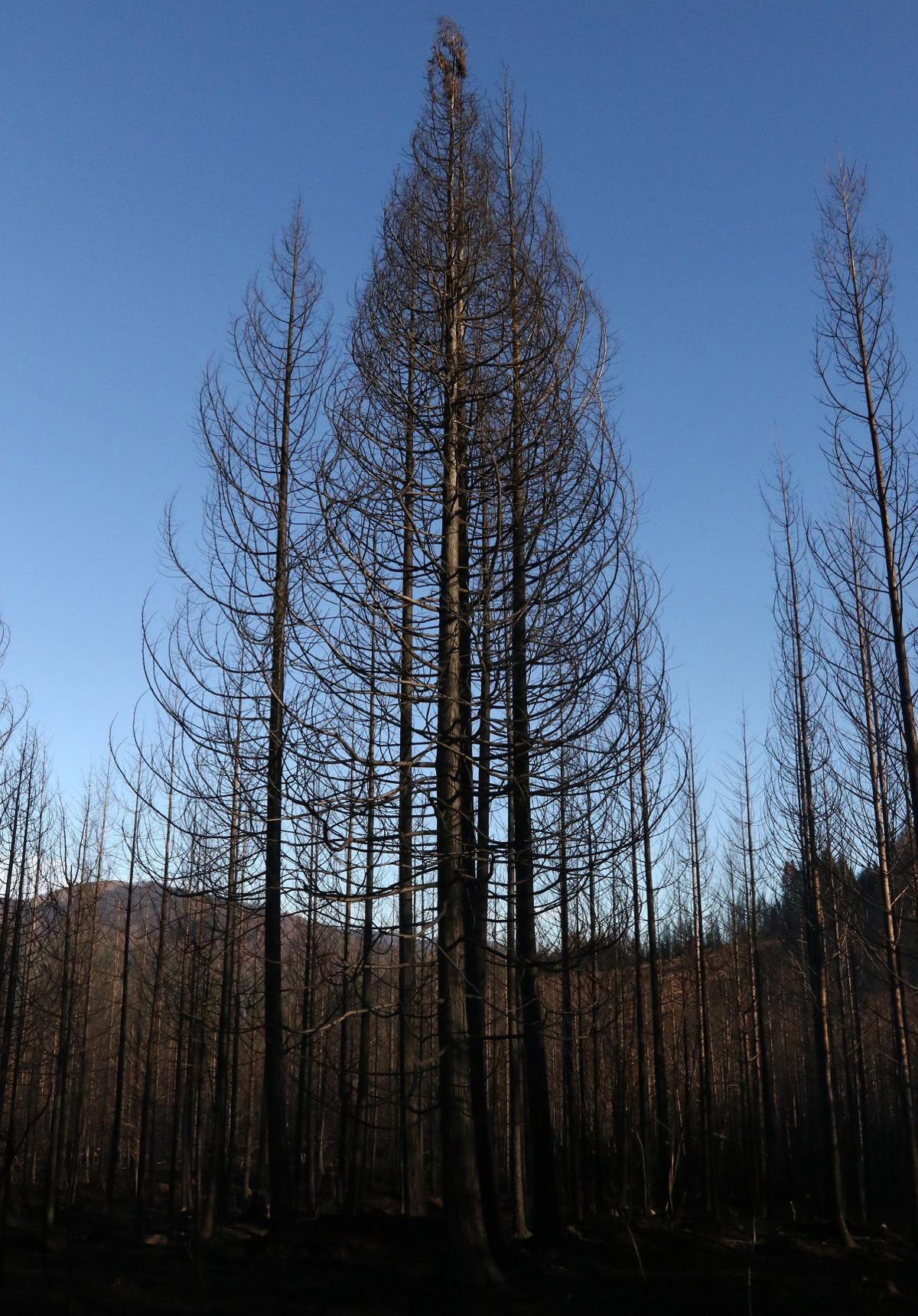 Oregon Small Woodlands Association member Doug Schlatter holds a destroyed pistol he had previously found on his land in Glide in the aftermath of the Archie Creek Fire. He didn’t know who the owner of the firearm was or how it ended up on his land.

In September 2019, a group of small timberland owners and forestry officials gathered at a junction on South Lone Rock Lane east of Glide to recognize Doug and Becky Schlatter as the Oregon Small Woodlands Association’s 2019 Douglas County Tree Farmers of the Year.

A little more than a year later, a similar event took place at that the same intersection on South Lone Rock Lane on Tuesday morning. No awards were handed out. This time, the gathering centered on education.

A group of approximately 20 people met at the same location, where just three months ago, stood a plush, growing 130-acre stand of Douglas fir trees. In another 7 to 10 years, they would become mature, merchantable timber.

The property, which the Schlatters purchased in 1994, was to be their retirement.

In less than 12 hours, the Archie Creek Fire turned that dream to ashes.

“I had come up here to move my D4 (Caterpillar bulldozer) the night before,” Doug Schlatter told the group, referring to Monday, Sept. 7. “I left at 8 o’clock that night. When I came back at 7 the next morning, it looked just like this.”

“Just like this” were charred Douglas firs all across the visible property. A small corner of the Schlatters’ 130-acre lot was still considered salvageable, and the sounds of a logging operation could be heard coming across a ravine from the northeast.

“We’re going to keep salvaging what we can,” said Doug Schlatter, who owns his own contracting business and employs the crew of seven working on the salvage operation. “We were hoping to get a million board feet out of what was left, but it’s not looking like that now.”

“It was just a shocker to leave that night with green trees and come back in the morning, and this was what I had,” Doug Schlatter said.

The couple and their company are hopeful to start replanting as early as this month, but not at the production they’re used to. Their target is to plant between 350-400 new Douglas firs per acre in their reforestation effort.

“Becky and I used to plant 1 million trees a year, and we might be lucky to plant 150,000 this year,” Doug Schlatter told the group.

He said part of the problem is finding people willing and available to do the work. Just as resources were stretched thin in fighting the September wildfires throughout Oregon, the resources in the timber industry are equally thin.