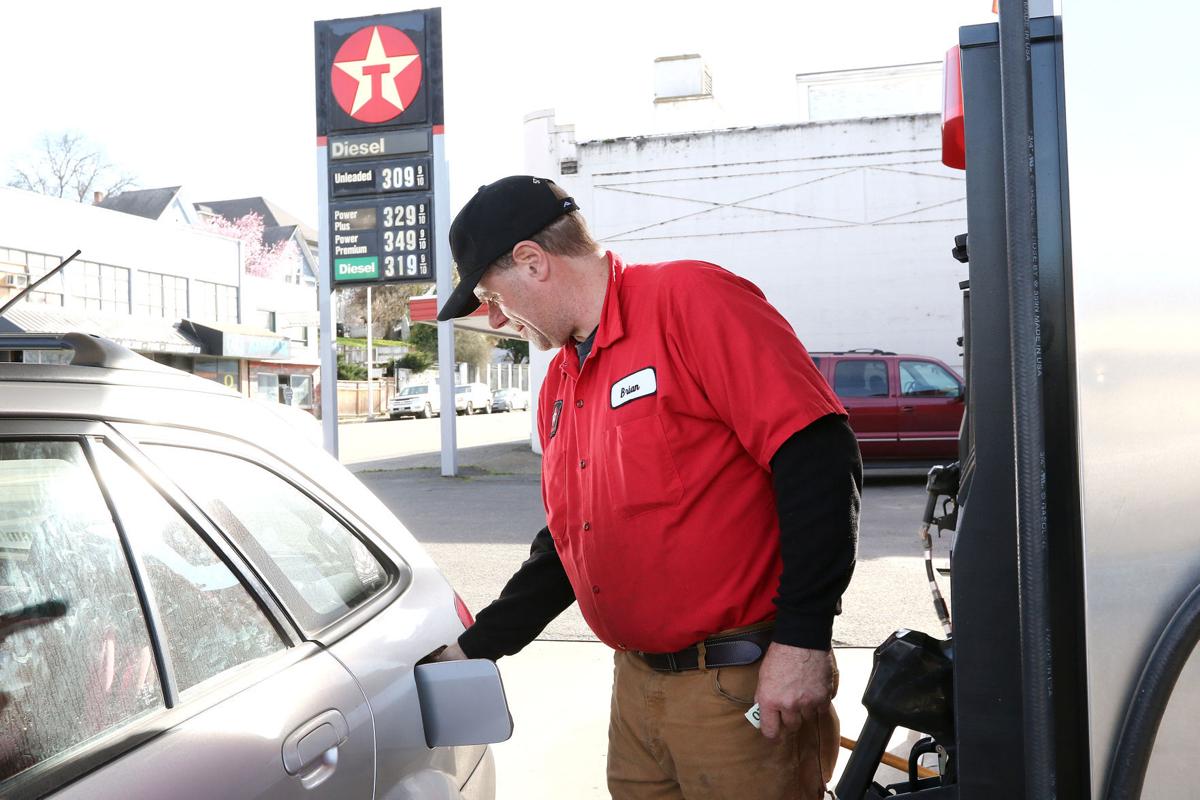 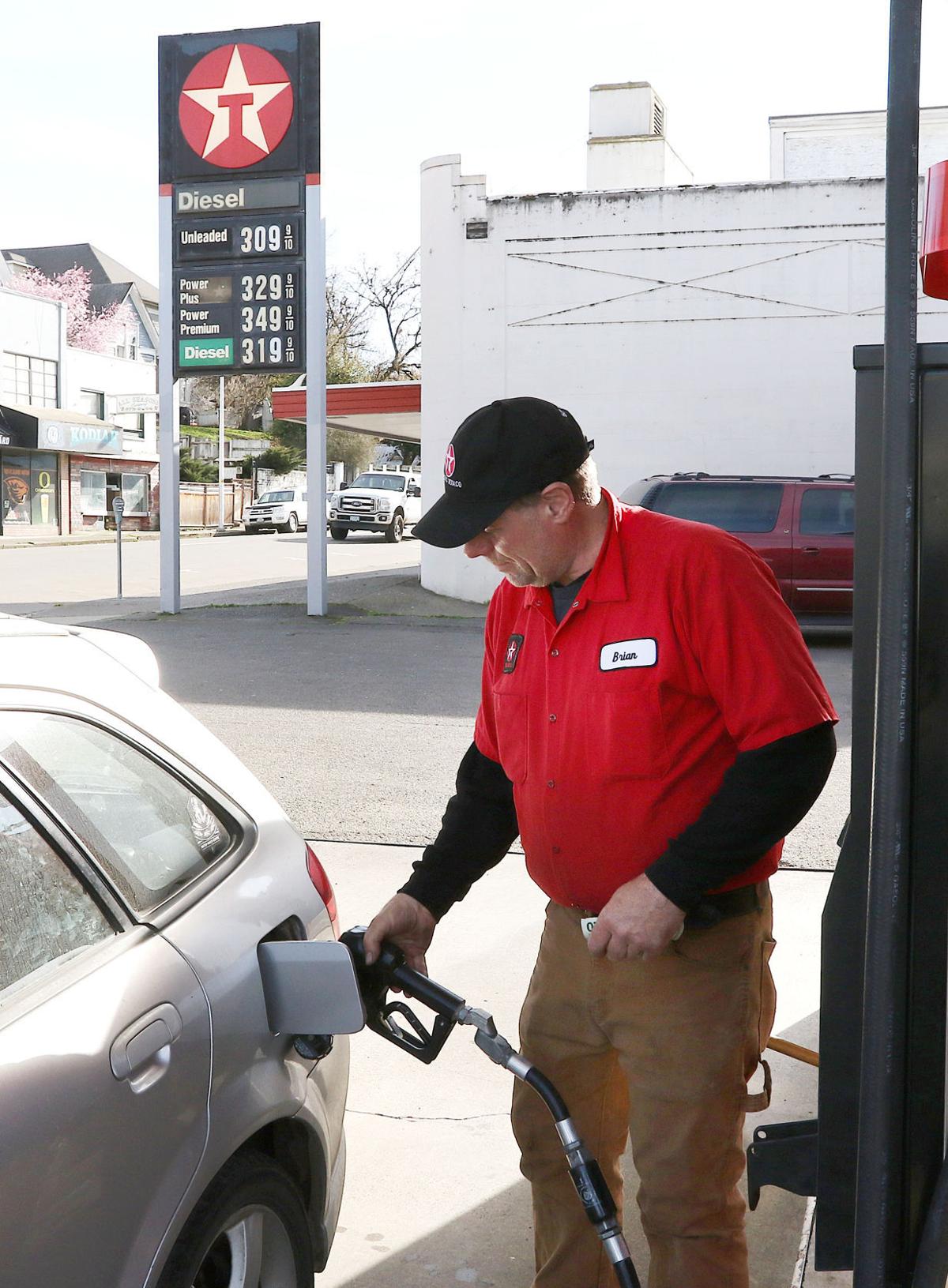 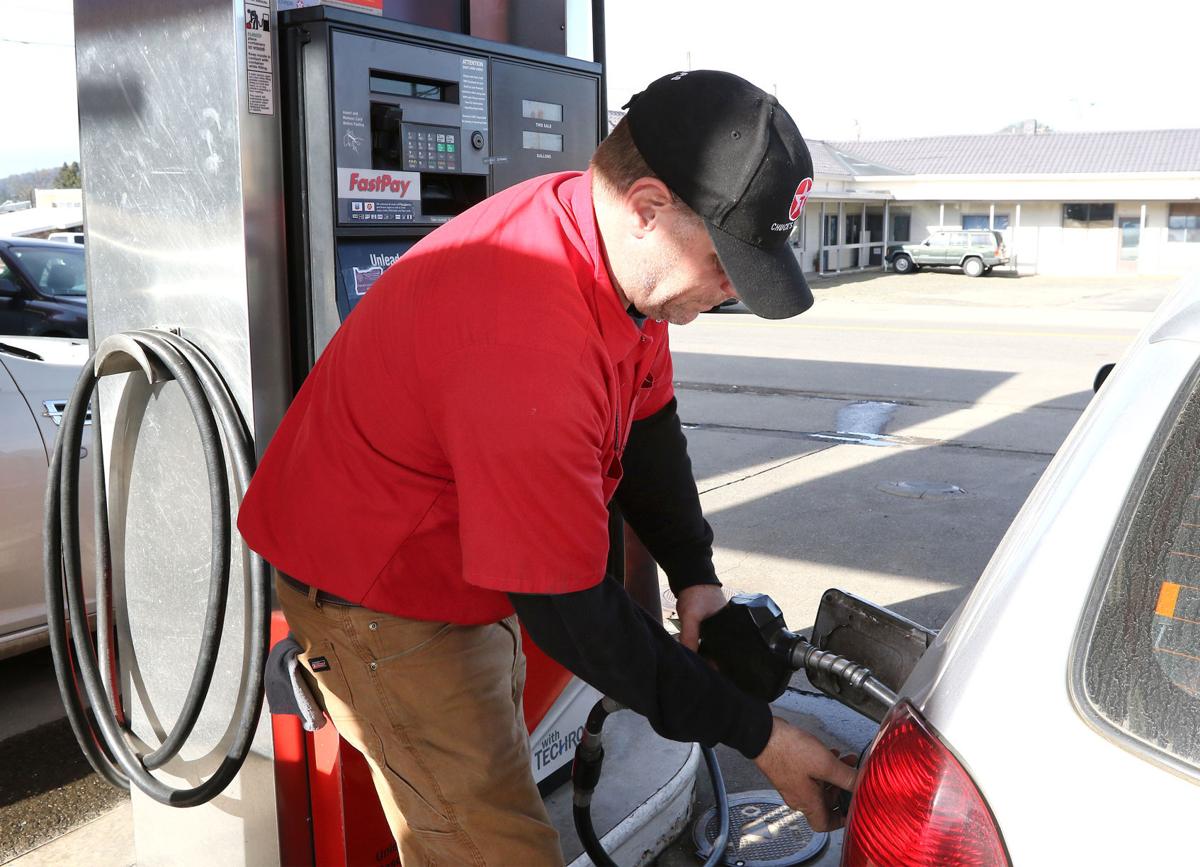 Over the past year, Douglas County residents have enjoyed moderate prices when they pull up to a gas pump.

But in recent months, the numbers at the pumps have been climbing like the jackpots on a lottery tote board.

As of Friday morning, the average price for regular gas Douglas County rests just below the $3-per-gallon mark. Some communities have already surpassed that threshold.

According to AAA Oregon, the average price per gallon for regular fuel in Roseburg was $3.004 as of 7 a.m. Friday. Sutherlin, Myrtle Creek and Reedsport were still below the $3 threshold. Reedsport came in the lowest at $2.889 per gallon, with Sutherlin averaging $2.961 and Myrtle Creek $2.989.

Throughout Douglas County, the average price of a gallon of regular unleaded gasoline was $2.39 on Jan. 1. There was an initial spike of 15 cents countywide on average prior to Jan. 20, followed by a steady climb to $3.09 at many stations as of Friday morning.

The bad news: At least one industry observer says gasoline prices will continue to rise for now.

Marie Dodds, who reports on fuel prices for AAA in Oregon, expects to see those prices continue to rise as the country pushes toward the finish line of the coronavirus pandemic and returns to “business as usual.”

“We’re seeing these prices rise because of expectations in the (crude oil) market among investors that with the COVID-19 vaccine rollout,” Dodds said. “The reality is we’re still a long way away from normal activity.”

That speculation has been the driving force behind the rising price of crude oil, which is already pushing the $70 per barrel plateau.

By comparison, at the end of 2016, crude was selling at $37 per barrel, and the national average for a price of regular fuel was below $2.

Andrew Shirtcliff, owner of Shirtcliff Oil, said this most recent climb in crude oil prices feels out of the ordinary.

“I think this is a little bit of an exaggerated cycle,” Shirtcliff said, who took over ownership of the local family-run business 14 years ago. “This new (President Joe Biden) administration has blatantly said that they wanted to lower the carbon footprint and reduce emissions.

“I think the increase we’re seeing now is a direct result of (investors) guessing what’s going to happen in the future with the new administration’s policies.”

Currently, Oregon ranks sixth in the nation for the highest price for regular gas at $2.983. As of Friday, California leads the way at $3.718, followed by Hawaii, Washington and Nevada all above the $3 mark. Arizona ranked fifth at $2.999.

Dodds said that she would anticipate the market to settle and for Oregonians to begin seeing a little relief at the pump by mid-April.

“We’ll have to watch what’s happening,” Dodds said. “We had already figured crude would have settled down, but it’s still relatively high.”

Biden shut down the Keystone XL pipeline which would have made gas cheaper. The pipeline was going to produce zero emissions and would run 100% off of renewable engergy by 2030.

The US oil reserve is still over capacity. We are producing more oil then we can store. There is zero reasons why gas should be this high. The only answer is Biden shutting down the pipeline and banning fracking is causing prices to go up.

Also keep in mind that Warren Buffett owns BNSF Railway which has a rail network of 32,500 route miles in 28 states and three Canadian provinces and has over 8,000 locomotives. A pipeline would have cost him tens of millions of dollars. But when you know people in Washington DC and can make some financial contributions then you have nothing to worry about...

Not necessarily. Keystone has had pipeline running through the U.S. since 2010. Their newest project was shut down because the crude they want to harvest is taken from tar sands, a much filthier crude which causes more corrosion and leaks from the infrastructure into lands running north to south the entire country. But if you're talking strictly Capitalist greed, then awww, yeah they'll lose some money before the if and when it's approved. Either way, does it mean we'll all be paying more for gas? Yes, because - Capitalism. So when it comes between more pollution in the air, or more pollution in the ground, I'd say we need to hurry up and rid ourselves of the need for crude oil altogether.

Look up the footprint of fracking compared to a lithium mine. Then let me know which one you think is more impactful to this planet...

Both. A good reason to end both.

Also, if the US oil reserve is still over capacity, then why do we need Canada's oil coming to America?

The oil industry supports over 9.8 million jobs. Moving refining to Canada would kill out economy.

"November 1, 2019: More than 9,000 barrels of oil are estimated to have spilled from a leak in the Keystone Pipeline in northeastern North Dakota, the company said. It's the second significant spill in two years in the pipeline that runs from Canada's tar sands region and through seven U.S. states.

When a train derails not only will it cause a huge spill it can also kill people!

Willie, it's probably a fantasy to try and educate a liberal to reality. Please remember that they get all their info and talking points from CNN, ABC, NBC and CBS. Many have been taught, not educated, in our university systems. They have no concept of living in a realm of reality and common sense. To them 2 + 2 = 5. Provide them with facts and backup proof and they just ignore since it goes against their mantra and their lack of deductive reasoning. Sad...

PegoMan must get his information from the fake news that is being sued for their lies.