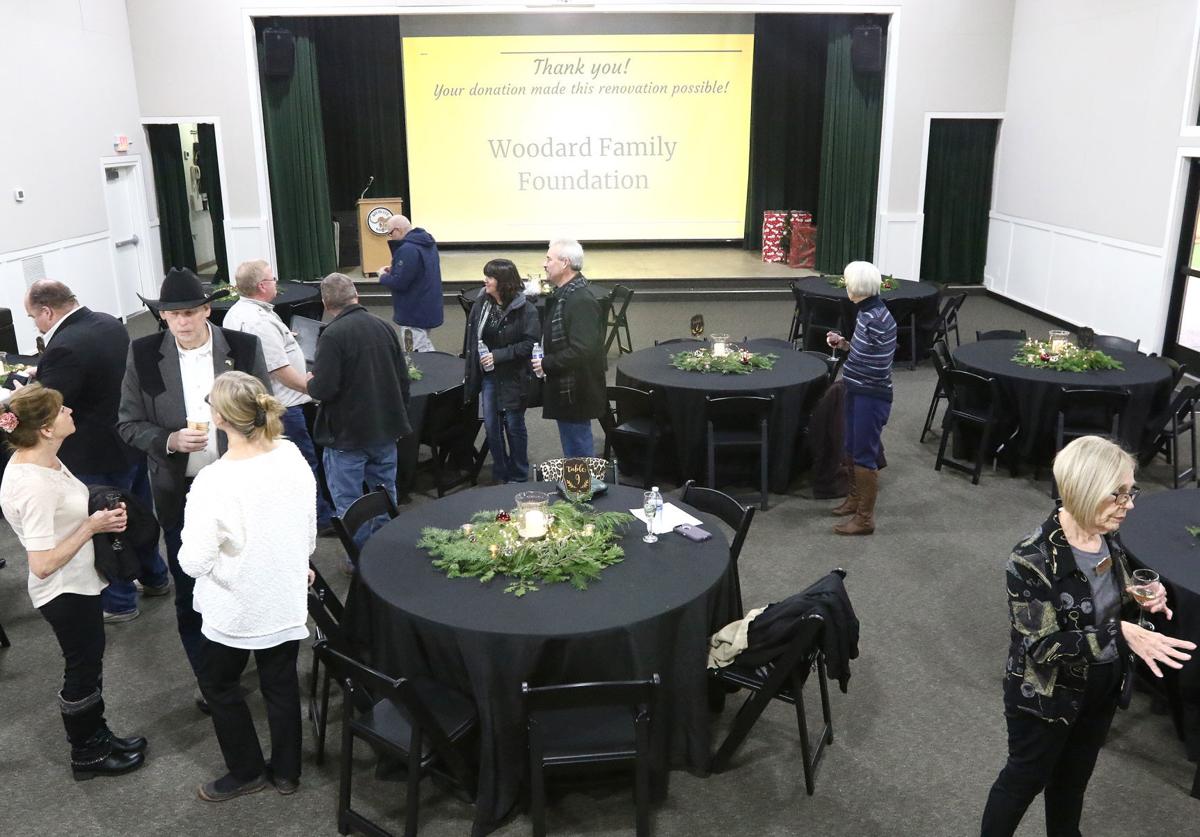 Guests attend a reception for the opening of the Cheryl Ford Center at Wildlife Safari in Winston on Thursday. 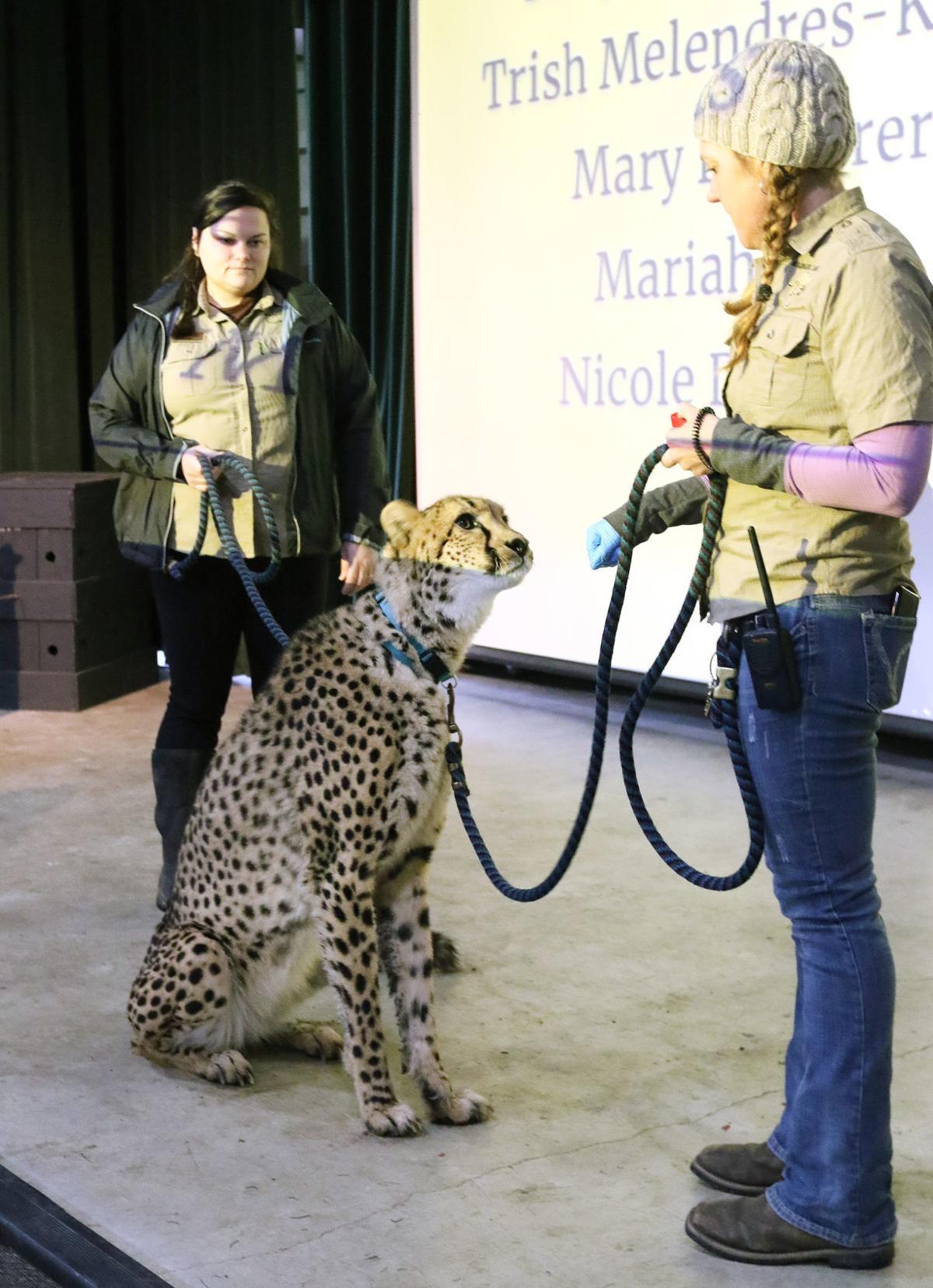 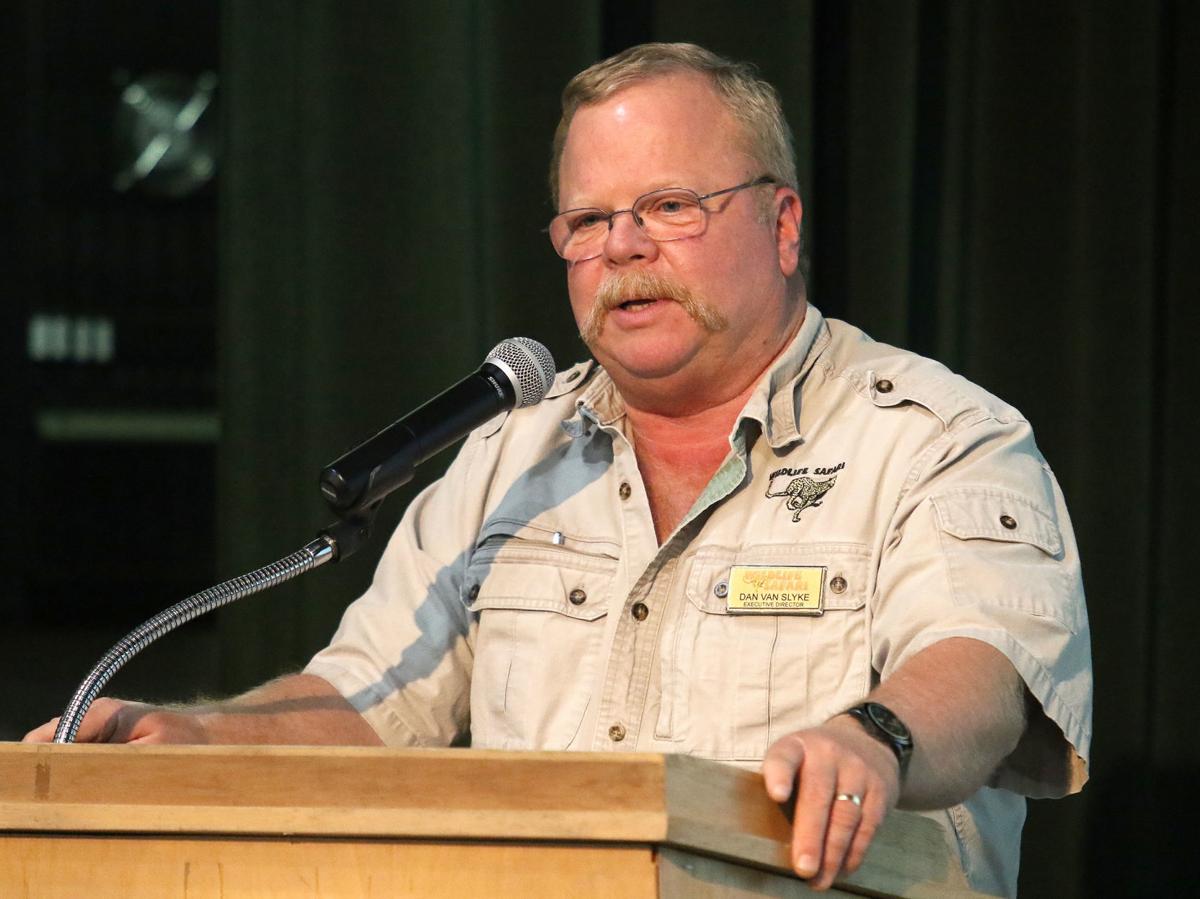 Wildlife Safari Director Dan Van Slyke welcomes guests to a reception for the opening of the Cheryl Ford Center at Wildlife Safari in Winston on Thursday.

Guests attend a reception for the opening of the Cheryl Ford Center at Wildlife Safari in Winston on Thursday.

Wildlife Safari Director Dan Van Slyke welcomes guests to a reception for the opening of the Cheryl Ford Center at Wildlife Safari in Winston on Thursday.

Getting to the Cheryl Ford Center, Wildlife Safari’s new events and education venue, is a bit of an adventure in itself.

First, you have to drive miles down the narrow, winding road that leads to the entrance of the 600-acre park. Inside the park, the animals appear: cheetahs, pink flamingos, turkey vultures and more.

Just outside the entrance to the new center, the stuffed animals take over. There are Greater Kudu, Gemsbok, Wildebeest, Zebra and Hartebeest heads mounted on the walls, along with a lion attacking a Nyala.

Step inside the new center and you might be met by a live cheetah.

“Wildlife Safari is really a special place,” Dan Van Slyke, the park’s executive director, said Thursday at a grand opening celebration for the Cheryl Ford Center. “Where else can you have dinner with a cheetah?”

The center is the culmination of three years of hard work, fundraising and construction, Van Slyke told about three dozen guests at the celebration. The new space can accommodate up to 200 indoor guests and up to 300 in an indoor/outdoor setup, he said. The work was done by Zerbach Construction at a cost of $545,000, which was raised through various fundraising efforts, he said.

The new center replaces the old space, which had a slope in the floor and other complications that limited its usefulness, Van Slyke said.

“It was the nicest building in the park but the least utilized,” he said.

The renovation fixed all that.

“We took out the sloped floor and lecture-hall style seating, and replaced it with a beautiful banquet room,” Van Slyke said. “We knocked out the far wall and replaced it with glass to allow you to see up into the park, and created a beautiful covered patio with an added manicured lawn. Not only is the space a great one for rentals or educational classes, but it even makes for a great new view as guests enter the park.”

The new center is also accessible for people using wheelchairs, including many children who may not have been able to attend events before, said Jacob Schlueter, the park’s marketing director.

“We built the center with the idea that we would be providing the community with a new space for rentals for anything from holiday Christmas parties, to weddings to whatever else, but the Cheryl Ford Center also represents the creation of a new educational hub for safari camps and classes,” Schlueter said. “We will be able to host educational overnights year-round, bigger and more frequent classes for children of all ages, and really continue in our goal to create lasting connections between wildlife and nature lovers of every age.”

Wildlife Safari was started in 1972 by Frank Hart, a real estate developer. The park features over 600 animals — elephants, bears, lions, bison and more — and brings in upwards of 250,000 visitors a year.

The Cheryl Ford Center is already booking up quickly for the coming seasons, including several Christmas parties, Schlueter said.

“We know the community needed the new space because the response has been incredible. We are already booking the center to help people create even cooler memories at Wildlife Safari,” Van Slyke said. “It made the most sense to name the new center after Cheryl Ford because she is the epitome of passion for wildlife, hands-on support for Wildlife Safari, and the park’s ultimate booster.”

To help reach the end goal of connecting people and wildlife, Schlueter said, each rental comes equipped with built-in animal interactions, access to the park’s drive-thru and other unique options.

The Cheryl Ford Center was funded by a host of foundations, nonprofits and individuals, Van Slyke said, including The Ford Family Foundation, the Cow Creek Band of Umpqua Tribe of Indians, Lynn Engle, and Lauren and Dena Young.

“This is the only place around that has events with animals,” Van Slyke said. “That’s really something that nobody else can offer.”