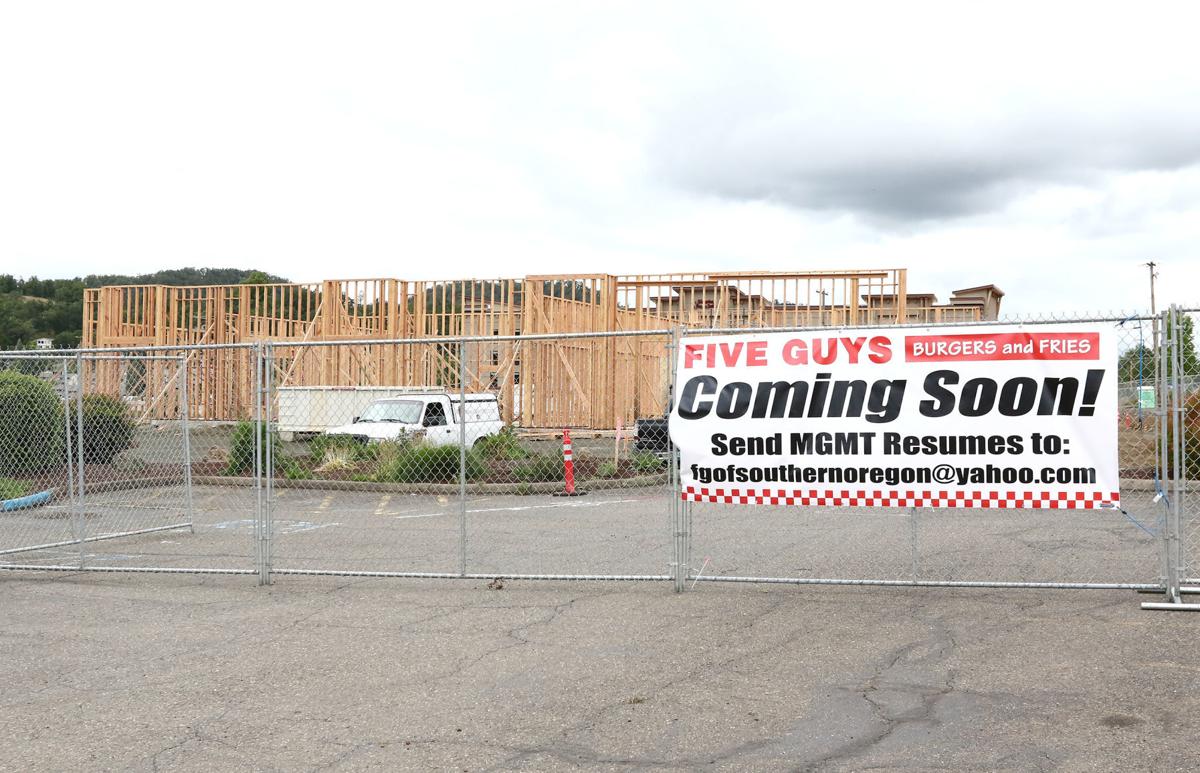 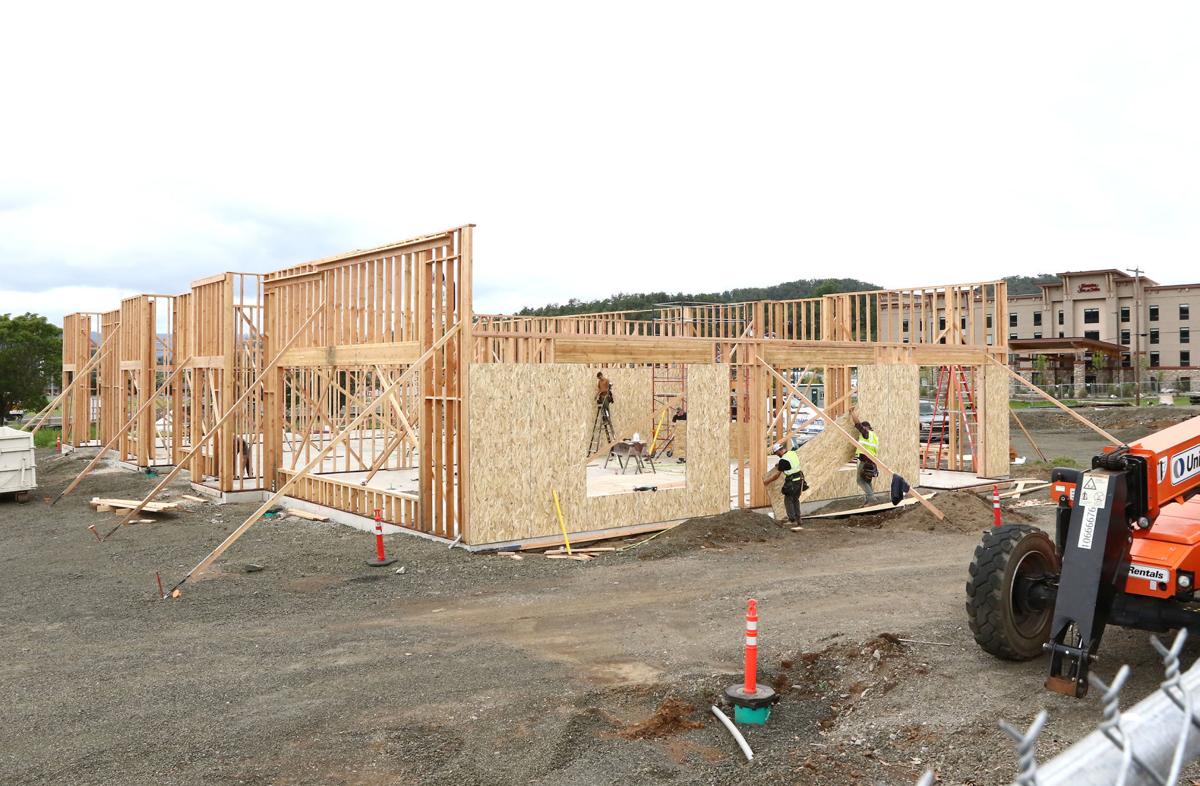 The concrete foundation is down and the wood framing is going up at the site of the future Five Guys restaurant in Roseburg.

The steady progress means the much-anticipated restaurant — known for its made-to-order burgers and fresh-potato fries — should be open on schedule by the end of the year, said Polly Johnson, president of Hanna Family, Inc., which owns and is developing the property.

“The date for turning the building over to the tenants is early September, which will allow them time to do their tenant improvements and be open before year end,” Johnson said.

The Five Guys will occupy 2,500 square feet of a nearly 6,400 square-foot building going up next to the Hampton Inn & Suites, located at 1620 NW Mulholland Drive. The restaurant will feature indoor and outdoor seating.

A second tenant in the building will be Charter/Spectrum, which will occupy 2,500 square feet of space next to Five Guys, Johnson said. The third space in the building is on the west end, covering 1,375 square feet, and it is still available for lease.

Guion Randol Contracting is the general contractor and Cradar Enterprises Inc. is doing the site work. Both are based in Roseburg.

COVID-19 and its fallout had little effect on the construction work, Johnson said.

“We took a two-week rest during April in the construction project to see how the COVID-19 pandemic would play out,” she said. “Our contractor was able to work within all the regulations and mandates, so we continued with development as scheduled at the end of the two weeks.“

Besides its hamburgers, the Arlington, Virginia-based Five Guys is also known for its fries — burlap sacks filled with whole potatoes are displayed in the restaurants as proof of their freshness — which are fresh cut and double-fried in peanut oil. Several hot dogs and a vegetarian sandwich are also on the menu, along with shakes, including ones flavored with coffee, peanut butter and even bacon. Five Guys also gives out free peanuts to patrons while they wait for their order.

Internationally, there are more than 1,500 Five Guys restaurants in the U.S., Canada, Britain, Europe and the Middle East, with roughly another 1,500 in development.

The building housing Five Guys is not the only one slated to go up in the area. Johnson said her company has a lease with a banking institution that will build on the parcel north of the Hampton Inn & Suites. They will begin construction next year, with a 2021 opening, she said.

Hanna Heritage Place, which is the retail center at the site, has build-to-suit and ground lease space available, Johnson said.