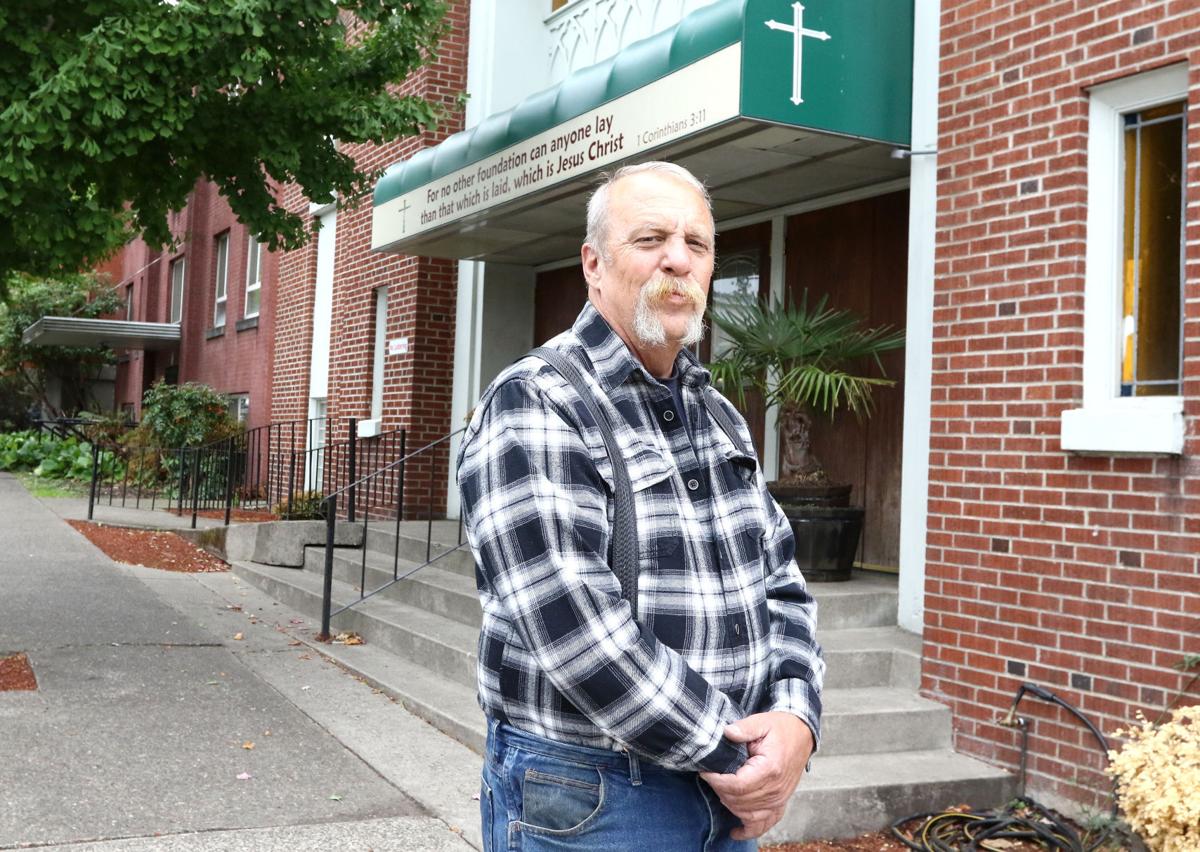 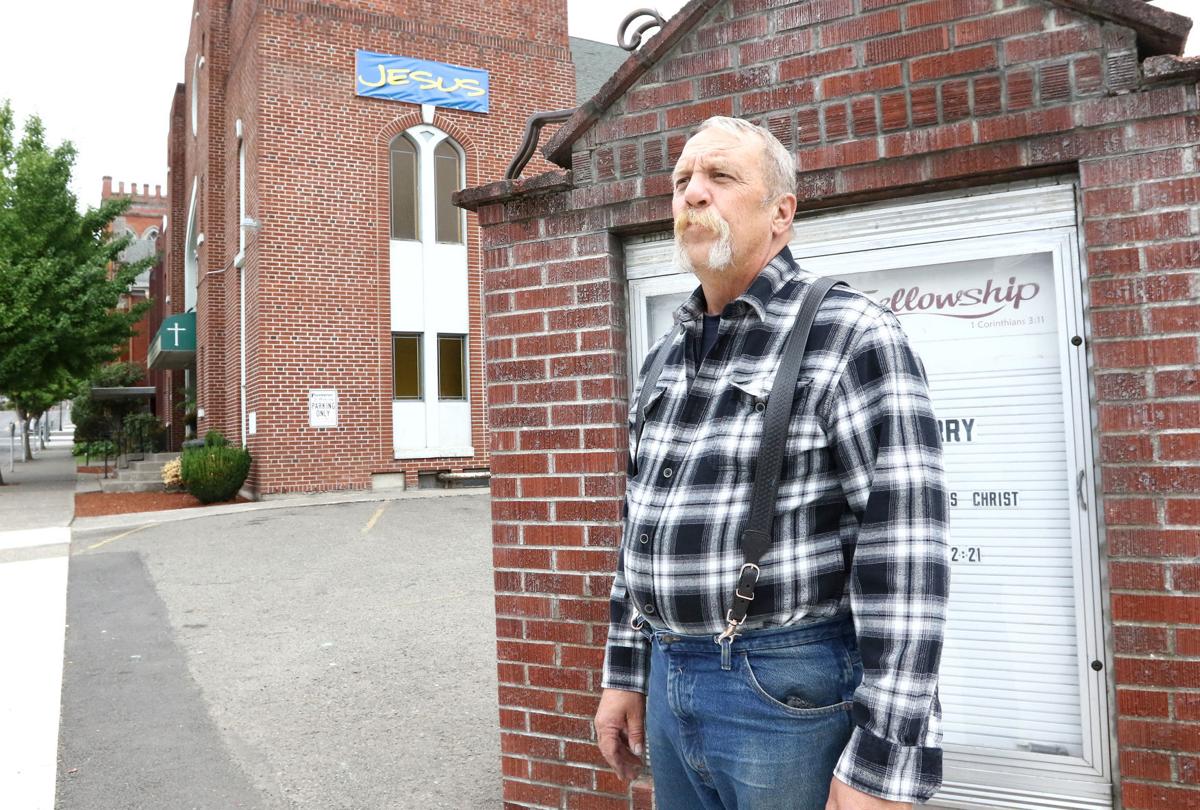 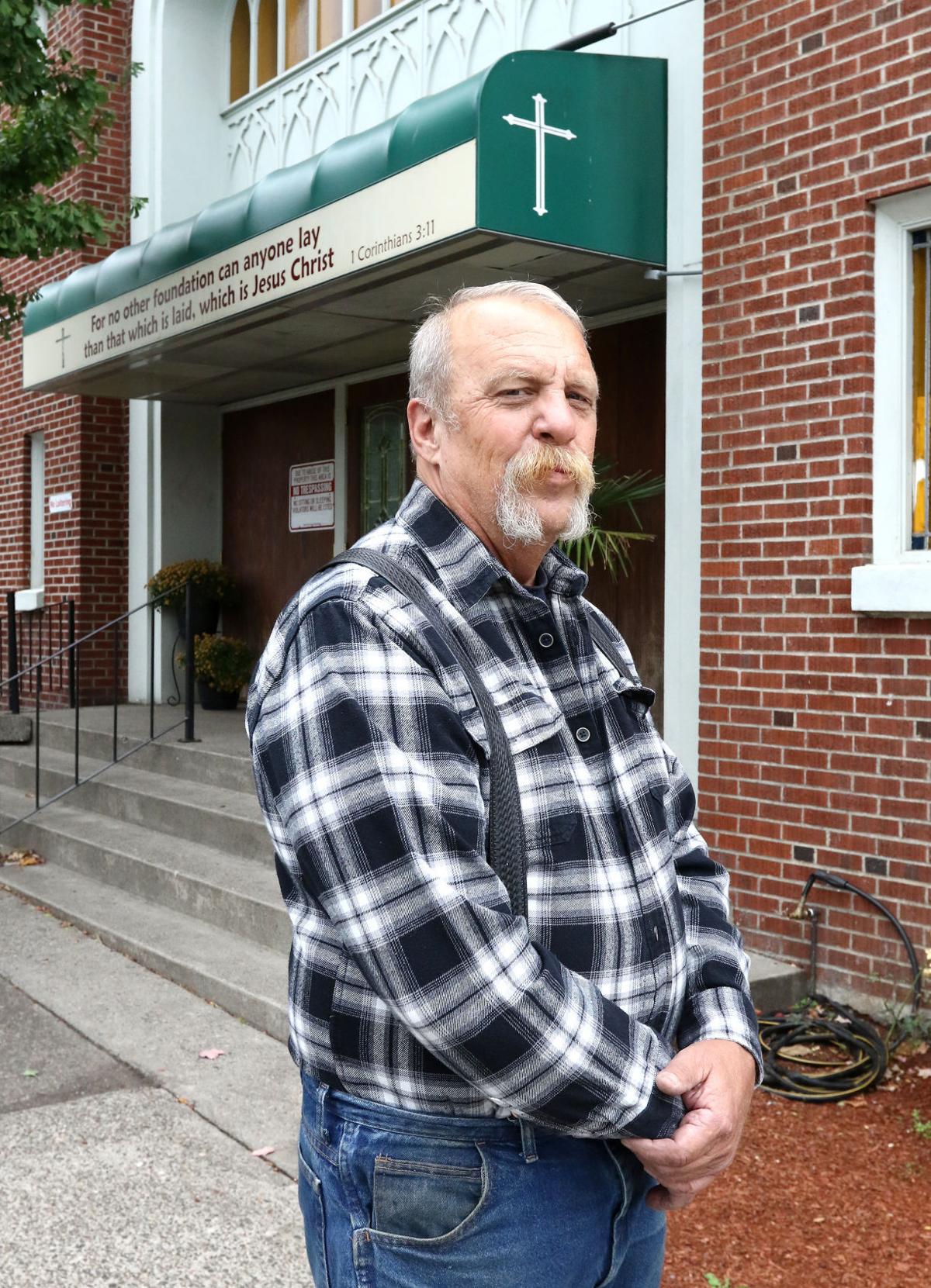 The way Randy Webb looks you square in the eyes and tells his story with such conviction it’s hard not to believe him, as incredible as it may seem.

How one night back in 1983, with God’s help, Webb gave it all up in an instant — the 12 years of shooting up heroin and crystal meth, the international drug dealing, the lies to family and friends, the running around with bad dudes, the sawed-off shotgun always at the ready in his shoulder holster, the thoughts of using that gun to kill himself.

“I heard God speak. He said ‘It’s time to change or it’s time to die,’” Webb, 67, said. “I fell to my knees and said ‘If you get me off drugs I’ll serve you.’ I woke up the next morning and it was as if I had never done drugs. I was totally set free.”

Webb not only turned his life around but then proceeded to do the same for others. As a church pastor, sheriff’s office chaplain, youth counselor, homeless shelter chaplain, jail chaplain and more over the last 40 years or so Webb has been a spiritual shoulder to lean on for thousands of people.

“I counseled everything from murder to marriage,” he said. “I got a little bit more wore out than most pastors.”

Webb literally grew up in the church. His parents, Leonard and Dortha Webb, founded the Roseburg Foundation Fellowship Church when Webb was 1 year old. Webb helped out around the church and attended local schools, including Roseburg High School. But he didn’t get very far, dropping out in the summer following his sophomore year at the age of 17 to enlist in the Marine Corps.

“When my class graduated, I was in Okinawa and Vietnam,” Webb said.

It was in Vietnam that Webb got hooked on drugs. A sergeant showed Webb how to inject the heroin, he said. He served overseas for 14 months before being shipped back to the states, where he went to a base in California.

Webb brought his addiction home with him. For the next decade Webb lived a hellish, hollow life. He would wake at about 1 a.m., drink a beer, smoke a joint, gulp down a cup of coffee, shoot up some crystal meth, then take on the day. He became a heavy dealer, selling up and down the West Coast.

His weight dropped below 160 pounds — compared to 240 pounds today — and his hair began to fall out. He had trouble concentrating and holding a conversation. Webb also had to make up stories to cover his actions, including telling everyone that he was diabetic in an effort to explain all the needles he had.

“It got to the point where I was a liar, I was a thief, I was a junkie,” Webb said. “Even when I slept I didn’t really sleep, because my mind was always running.”

Then, at his lowest point, Webb said God intervened, offering him a way out. Webb took it, even though even he didn’t really believe it initially.

“My life was absolute ashes and me accepting Christ had no value at all,” Webb said. “I had done it 100 times before. But that day he accepted me and set me free. He gave me a brand new life.”

Webb set out to turn his life around. He got a job as an orderly at a local hospital. Then, in 1985, Webb became an ordained minister at Roseburg Christian Fellowship. He would focus on those who were down and out, those addicted to drugs, a lifestyle Webb knew all too well.

Webb would tape a quarter to his business cards and hand them out to drug addicts.

“When you want to change your life give me a call,” he’d tell them.

Webb would chase the people he was helping out of drug dens and shoo away their dealers.

“God cleaned me up and took me off the streets, then stuck me right back on them,” he said.

Through his work at Roseburg Christian Fellowship, Webb became chaplain at the Pitchford Boys Ranch, the former residential treatment facility for youthful offenders. He spent 16 years volunteering there.

His efforts did not go unnoticed, including by local law enforcement. Webb struck up a relationship with former Sheriff John Pardon, who soon named him a sheriff’s office chaplain. In addition to ministering to officers, Webb would handle death notices, talking to the families of people who were murdered or killed in car accidents or through suicide.

Webb said he never received any training for the work.

“I look back on it now and I can’t tell you how I did it,” he said. “By God’s grace, he gave me the words. The Lord gave me a lot of compassion for these people.”

Webb also became chaplain at the adult jail, where he would minister to many of the people he had tried to help on the streets. He also spent several years in the mid-90s running the county’s first shelter for homeless youth.

All told, Webb said he volunteered with the sheriff’s office in various capacities for 24 years, and worked with five sheriffs.

“I got a nice plaque when I left,” he said with a chuckle.

Webb also spent four years as chaplain at the Roseburg Rescue Mission, a shelter for the homeless.

“I had spent 31 years running from God and then 31 years walking with him,” he said.

He also started a local chapter of the Christian support group Addictions Victorious, which he ran for 25 years.

In 2005 he came back to Roseburg Foundation Fellowship Church as pastor.

Between the fulltime work as a pastor and the volunteer work, Webb figures he would routinely put in 70 hours a week or more.

This summer he retired.

“I’d been in ministry for 35 years, and 99% of it was crisis intervention. I was spread pretty thin,” Webb said. “I’m 67 years old and I just needed to pull the plug.”

He doesn’t have any definitive plans for retirement yet. He still helps out with maintenance at the church, since he knows the massive 35,000 square-foot building better than anyone.

And he plans to spend time with his family — he and his wife, Gayle, have been married 46 years and have three adult children, nine grandchildren, and three great-grandchildren — and do some fishing and logging on the spread he has in Wilbur.

But somewhere down the road, when he figures out how to handle retirement, Webb figures something will come along that piques his interest. Webb said he’ll know when it’s time.