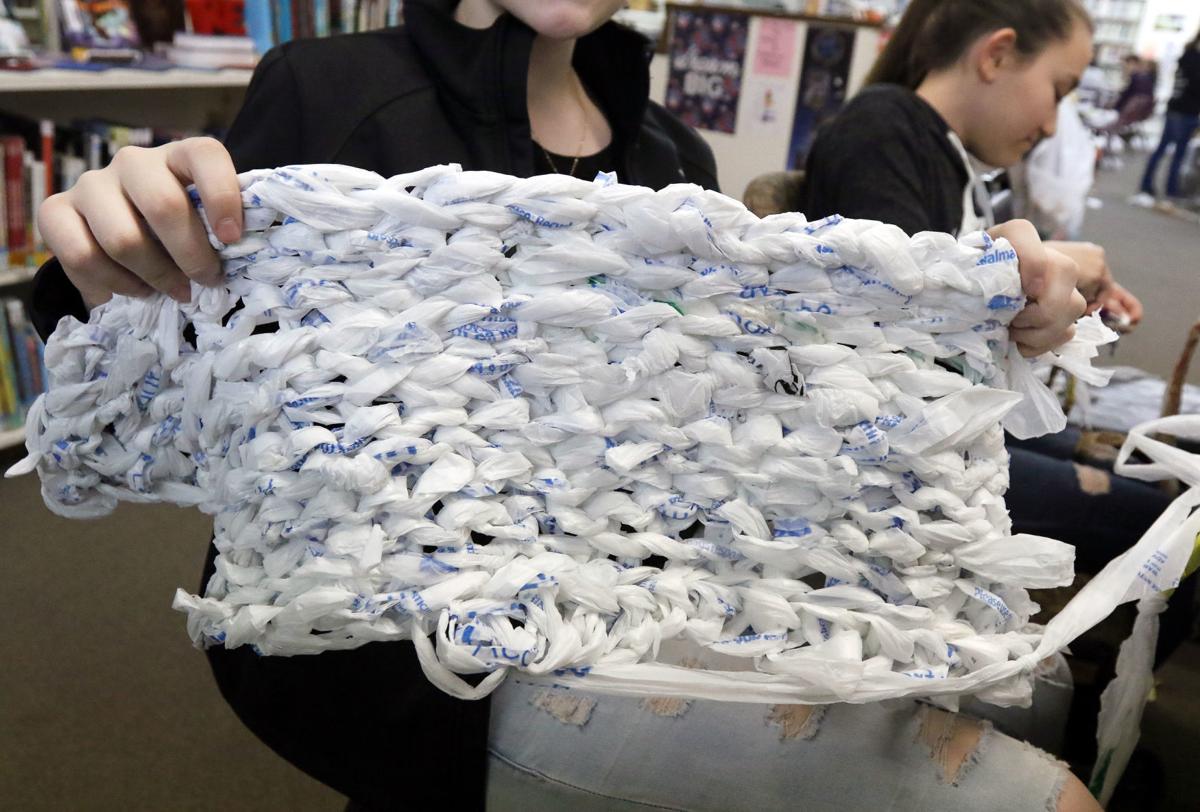 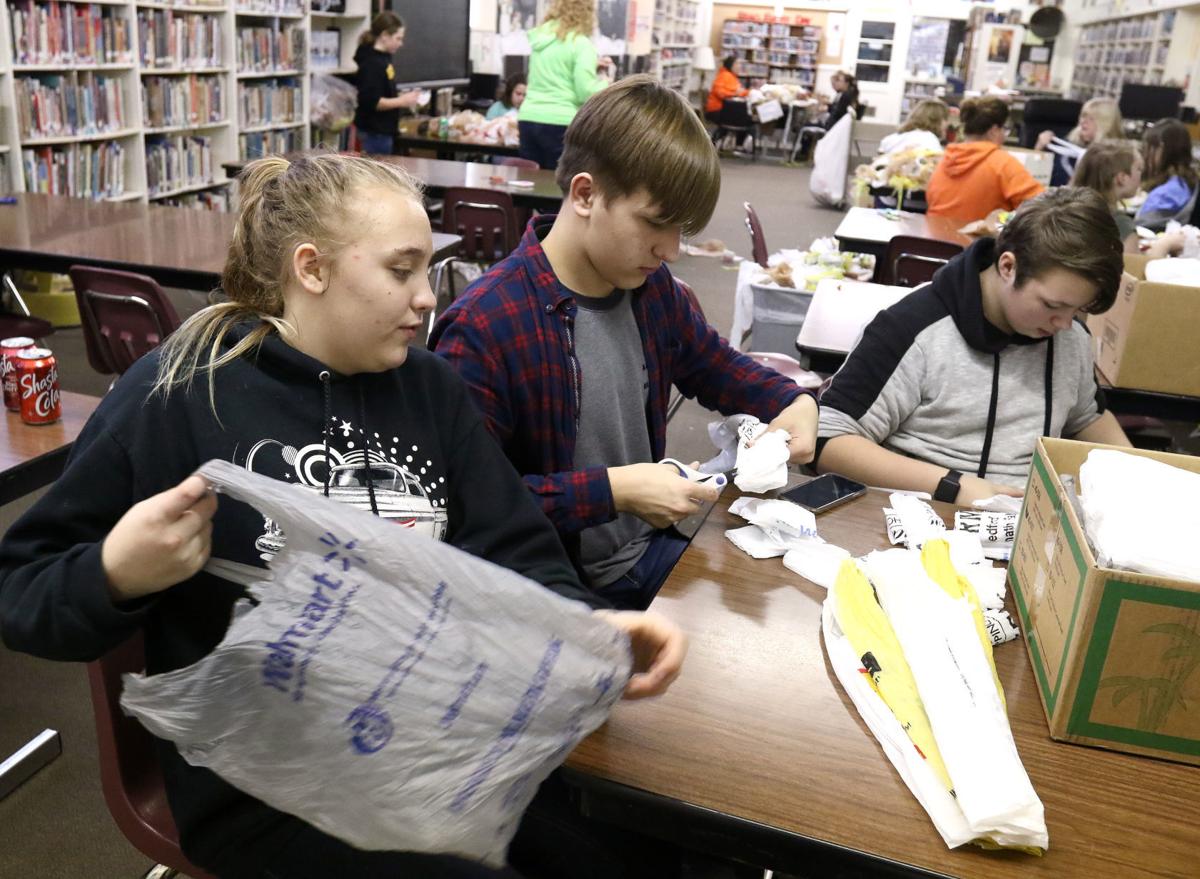 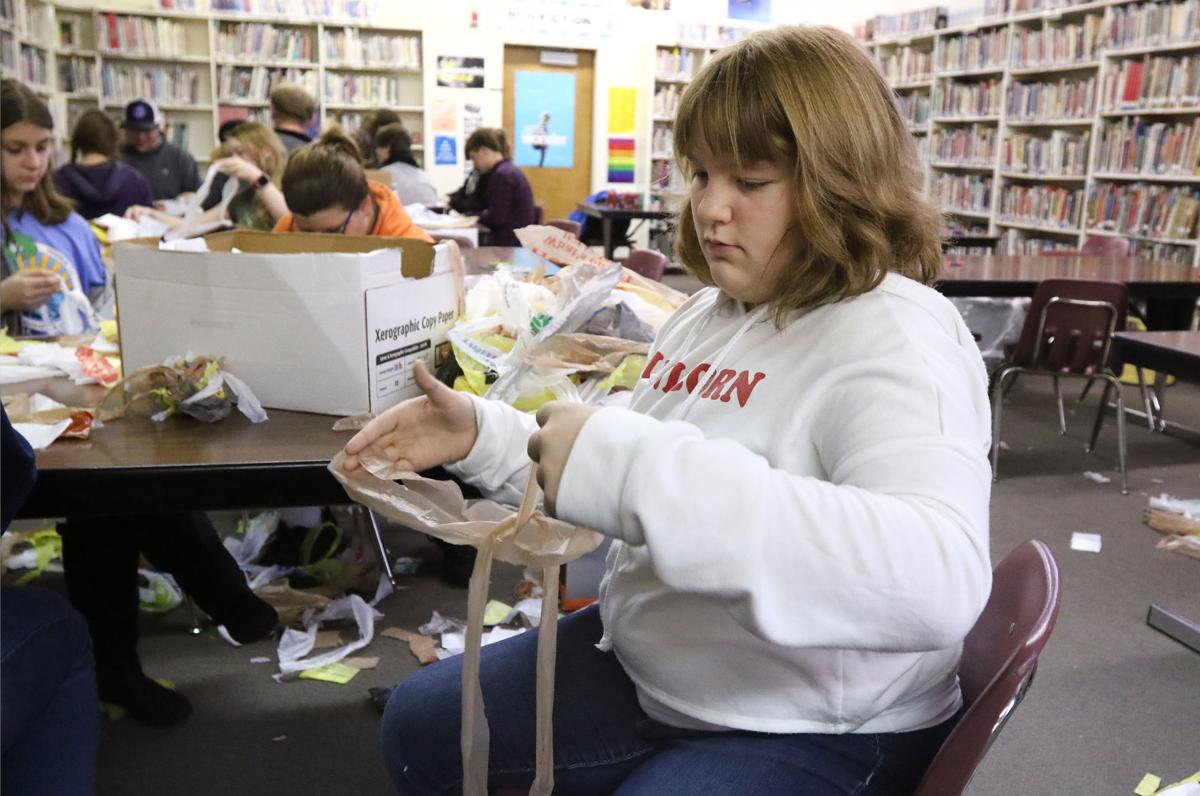 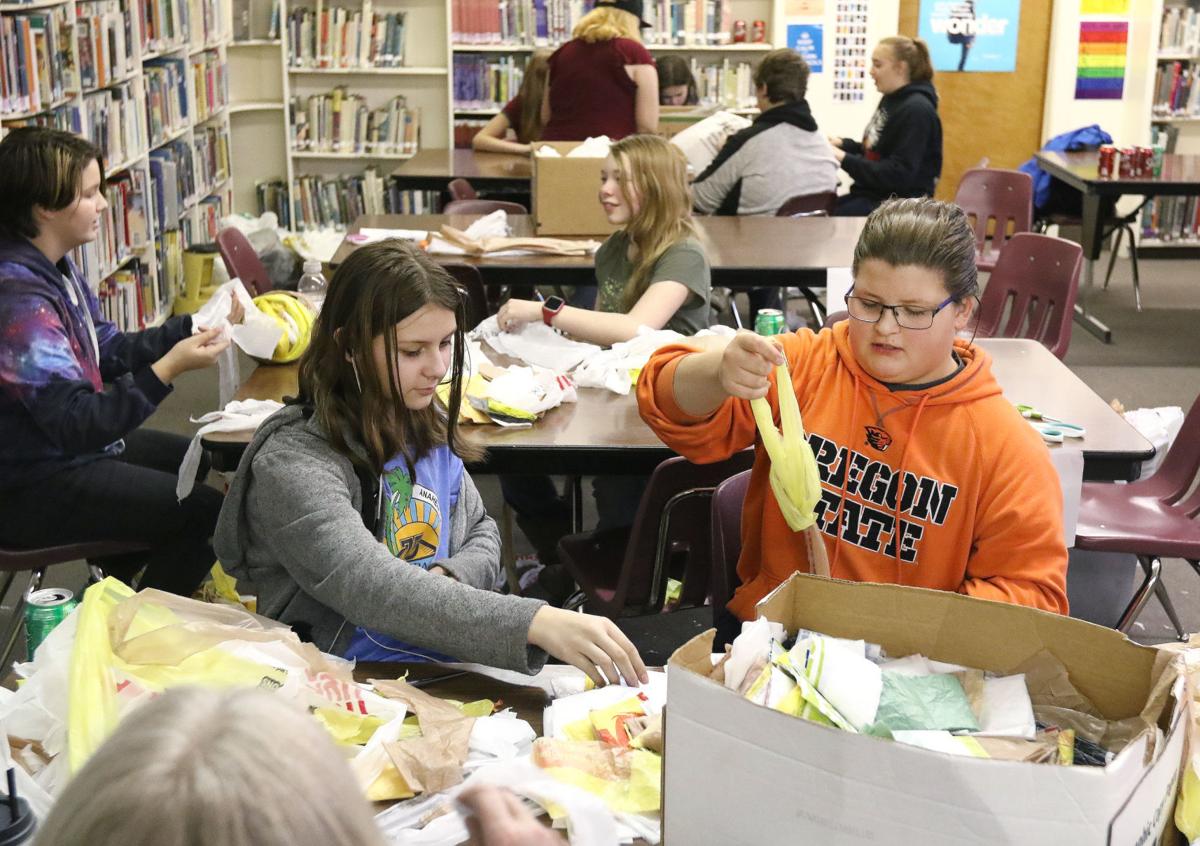 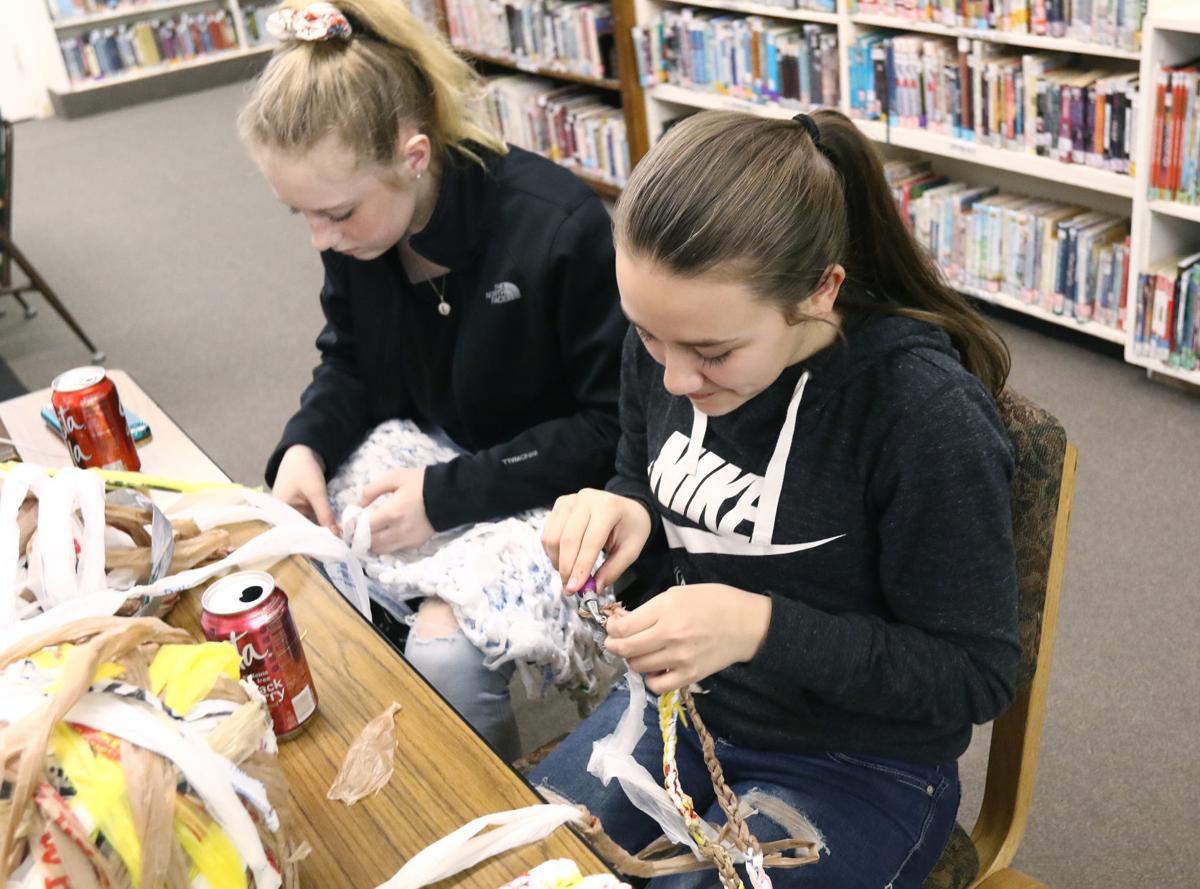 MYRTLE CREEK — The sound of rustling from blue, black, yellow and white plastic bags mixed with the sounds of Coffenberry Middle School students and parents chattering on Saturday as they folded, snipped, tied, rolled and crocheted the bags into mats to be given to the homeless.

The mat-making event was organized by the Coffenberry Middle School Future Business Leaders of America chapter which is in its first year at the middle school.

“We’re making mats for the homeless people because it’s wintertime so it’s really cold so they’ll have something to sleep on so it’s not so cold,” chapter vice president Gage Kight said.

Oregon had more than 14,000 people experiencing homelessness according to the annual count headed by the Department of Housing and Urban Development.

It takes about 40 work hours to make a single 6-foot-long mat from cutting to tying to crocheting.

“We thought it would be a good thing, since it’s a local problem and it hits right at home,” chapter co-president Emily Daniel said. “It’s actually going a lot better than I thought it would. I think it’s really cool that people want to spend their Saturday actually doing something meaningful for the community.”

The students spent about three weeks collecting bags for the event and were still receiving some on Saturday morning. Eighth-grade student Meadow Bitonti heard about the event as a member of the chapter. She said it takes about 700 bags to make one mat.

“It’s a good cause,” Bitonti said. “Where I live, I see a lot of homeless people and I always think how I want to make a difference. I thought this would be a perfect opportunity.”

The chapter officers explained what volunteers would do at each station and let them go within the first 30 minutes. Chapter advisor Sandy Edwards let her middle school students lead the production of the mats.

She is also the advisor for the South Umpqua High School chapter.

“This is a new community service project for us,” Edwards said. “The idea has been out there, but Oregon FBLA took this on, asking the chapters to support this. I think this is a great opportunity for middle schoolers to get involved in the community and really be involved in something that’s really meaningful.”

David Brown came with his sixth-grade daughter Trista Brown, who is a member of the chapter.

“It’s a good project,” David Brown said. “The kids seem to be enjoying it. I’m glad to see how many showed up. It teaches you a little compassion mixed with industry and awareness.”

Edwards said the students finished the five-hour event with four partial mats which will be finished by students at home.

The United Community Action Network of Douglas County will be taking count of the homeless population on Jan. 31 in different locations around the county.

The count is used in awarding grants to service providers by county need.