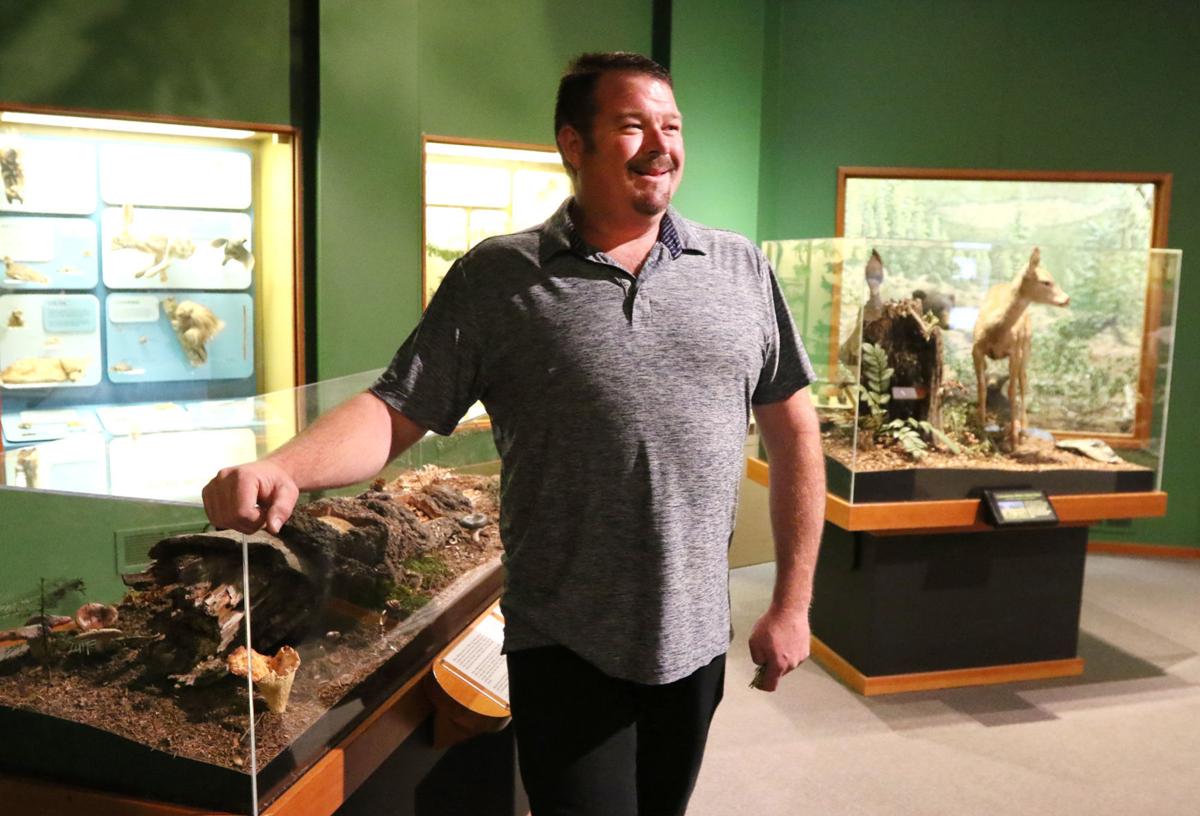 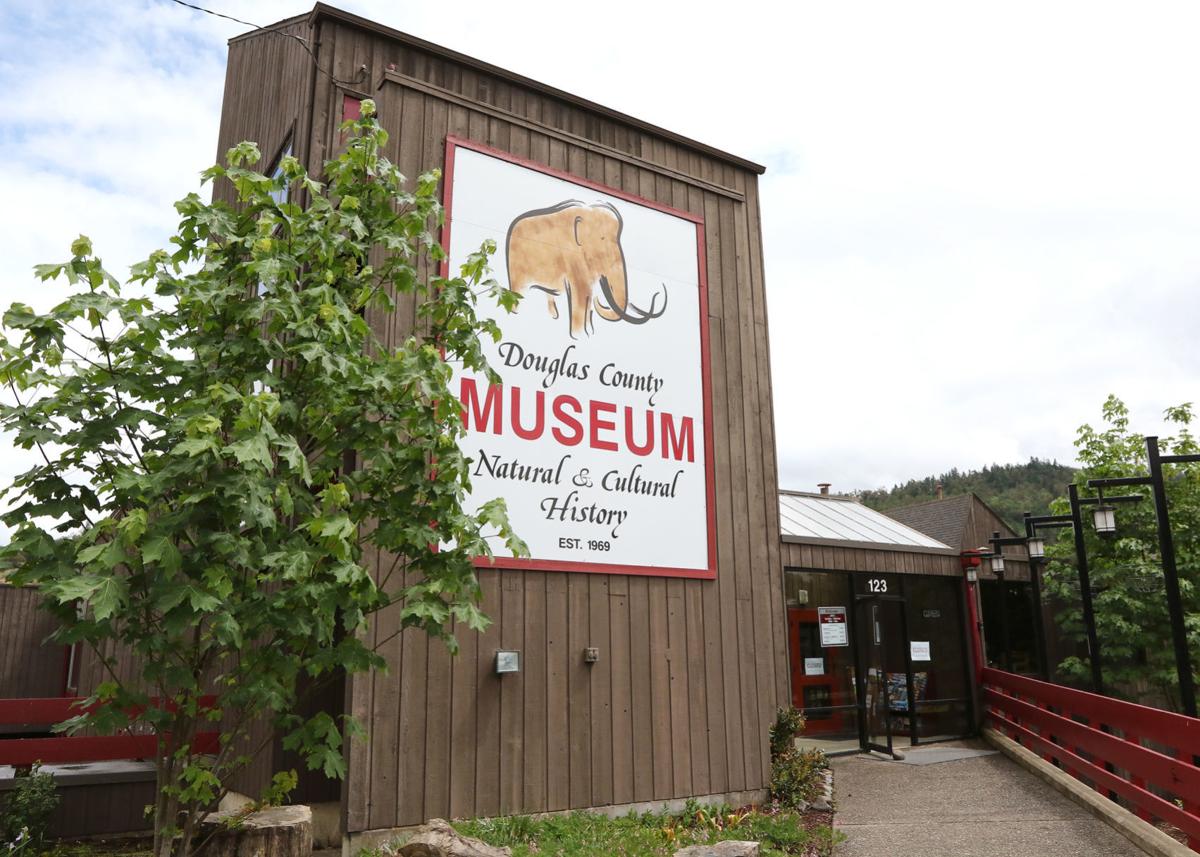 The Douglas County Museum in Roseburg. 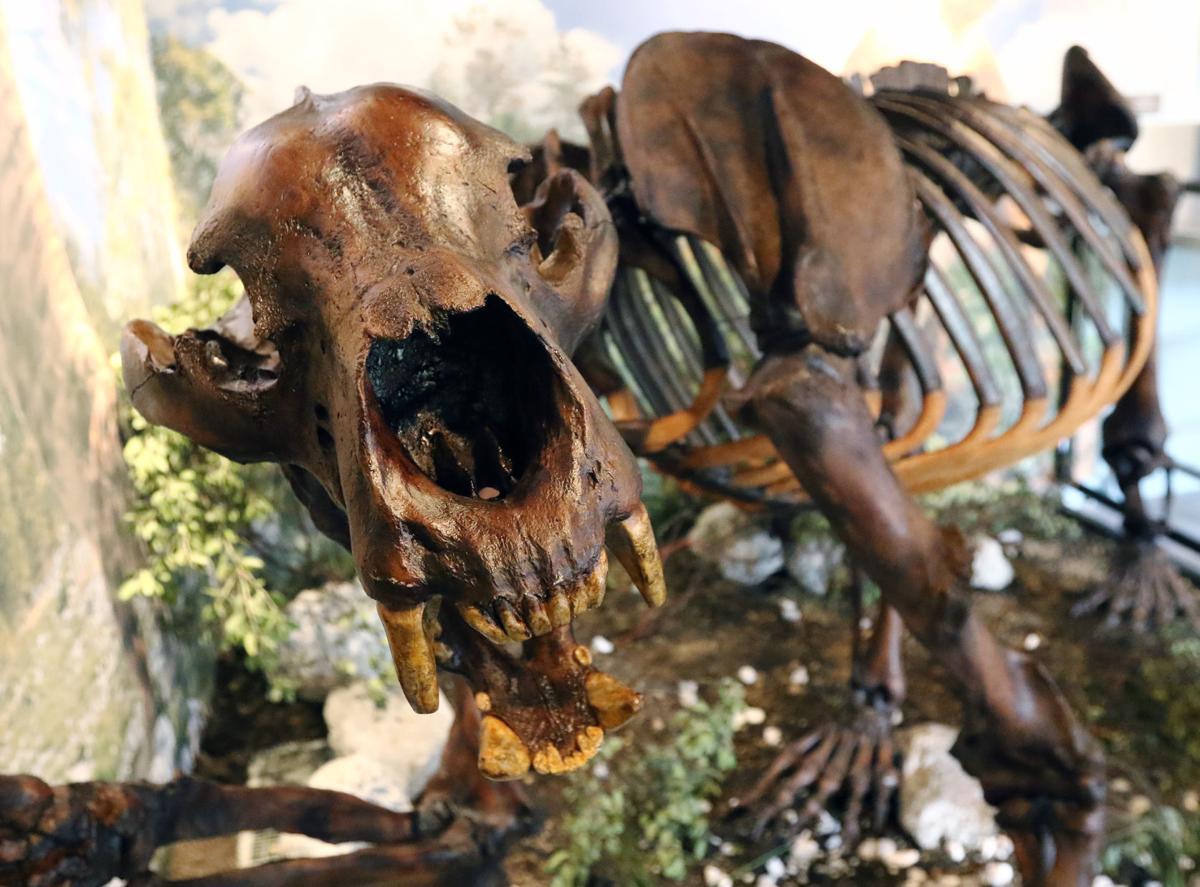 A skeletal representation of a giant short faced bear on display as part of the Ice Age Mammals of the Umpqua Valley exhibit at the Douglas County Museum.

The Douglas County Museum in Roseburg.

A skeletal representation of a giant short faced bear on display as part of the Ice Age Mammals of the Umpqua Valley exhibit at the Douglas County Museum.

From the prehistoric animals that roamed the Umpqua Valley thousands of years ago, to the natives that called the area home, to the early timber workers, visitors to the Douglas County Museum get an informative look into what made Douglas County the place it is today.

The museum, located at the Douglas County Fairgrounds off Interstate 5 at exit 123, has a wide collection of scenes that depict what it was like to live in the region when the early settlers came in mid-1800s and into the early 1900s.

Museum Director James Davis, who is also the director of the Umpqua River Lighthouse and Museum in Winchester Bay, says many who have roots in Douglas County enjoy the artifacts and displays from pioneer days, when their ancestors lived here.

The museum displays artifacts from pioneer days that have all been donated, including a Native American display showing clothing and tools used by the natives during that period in the region’s history.

Visitors will find a schoolhouse scene, a doctor’s office and replicas of the covered wagons that many used to travel the Applegate Trail or the Oregon Trail to arrive in Southern Oregon.

“They like to see how their families lived who came over the trail,” Davis said.

The animal display are favorites of many of the visitors, showing the animals that roam the wild of Douglas County and even some replicas of prehistoric animals that made their homes in the area at one time.

“People really love the animals and we have such a variety, we try to rotate stuff in and out,” Davis said.”We have thousands of animal specimens.”

Davis said people really enjoy the displays of a magnificent elk with a large rack of antlers, a mother black bear with her cub, a whitetail deer, a cougar, a coyote, foxes and many other species of birds and animals.

For those who want to find out more about the early days of the timber industry and the impact it has had in Douglas County., a display of old logging equipment is outside the building. It includes a once widely used Steam Donkey that was used to winch logs to a landing.

Inside, there is an impressive display of a tree that was cut in 1979 when it measured 205 feet tall and rings show it was over 400 years old. It was 6 feet in diameter at the base and it’s estimated the tree began its growth in the 1500s, just a few years after Columbus landed in the Caribbean Sea.

The tree was so large that a crane had to be used to drop the log through a hole that was cut in the ceiling of the museum.

“That display will stay there for awhile,” Davis said.

Davis feels the museum has something for every age and interest.

“We have a little bit for everybody, it just depends on if people are into tractors, we have that, an old car, the railroad station,” Davis said. “We have such a wide range, and we try to keep a little bit of a hands-on thing for the younger kids.”

Davis said they are not taking any new donations of artifacts because they are out of storage room.

For visitors to the museum, the tour will take about an hour-and-a-half if they take their time and see all the exhibits according to Davis.

Some of the funding for the museum comes from Douglas County, but Davis said a good portion comes from the souvenir shop at the Umpqua River Lighthouse and Coastal History Museum in Winchester Bay for which he also serves as director. Davis said the museum is working to be more self-sufficient each year with the help of the popular giftshop at the lighthouse.

The lighthouse has been a big attraction at Winchester Bay and visitors can tour the lighthouse and view the First Order Fresnel Lens built in 1890.

The Douglas County Museum gets about 10,000 visitors off the freeway passing through the area and about the same number of local visitors. Davis said it gives people from out of the area a pretty good taste of what Douglas County is all about.

“Everybody that comes in here is extremely surprised at what we have,” Davis said.

Admission to the museum is $8 for adults; $5 for seniors and military; $2 for children 5-17; children under 5 and members are free.

Memberships are $50 for an individual and $75 for a family. Membership allows for unlimited visits to the Douglas County Museum and the Umpqua River Lighthouse and Coastal History Museum.