Sutherlin Mayor Todd McKnight is stepping down from his position and is moving from town. His successor, Sutherlin City Councilor Seth Vincent, was appointed to mayor on June 14 and will be sworn in on July 12.

Sutherlin Mayor Todd McKnight is stepping down from his position before the end of his term.

McKnight, 47, is a Sutherlin High School graduate, son of former mayor Stan McKnight, and was elected to his fourth mayor term in January. But plans to move out of the city limits have interfered with McKnight’s ability to continue serving as Sutherlin’s top civil servant.

In his place, the Sutherlin City Council appointed City Councilor Seth Vincent at its June 14 meeting. Vincent, who is currently serving his second term on the council, will be officially sworn in on July 12. 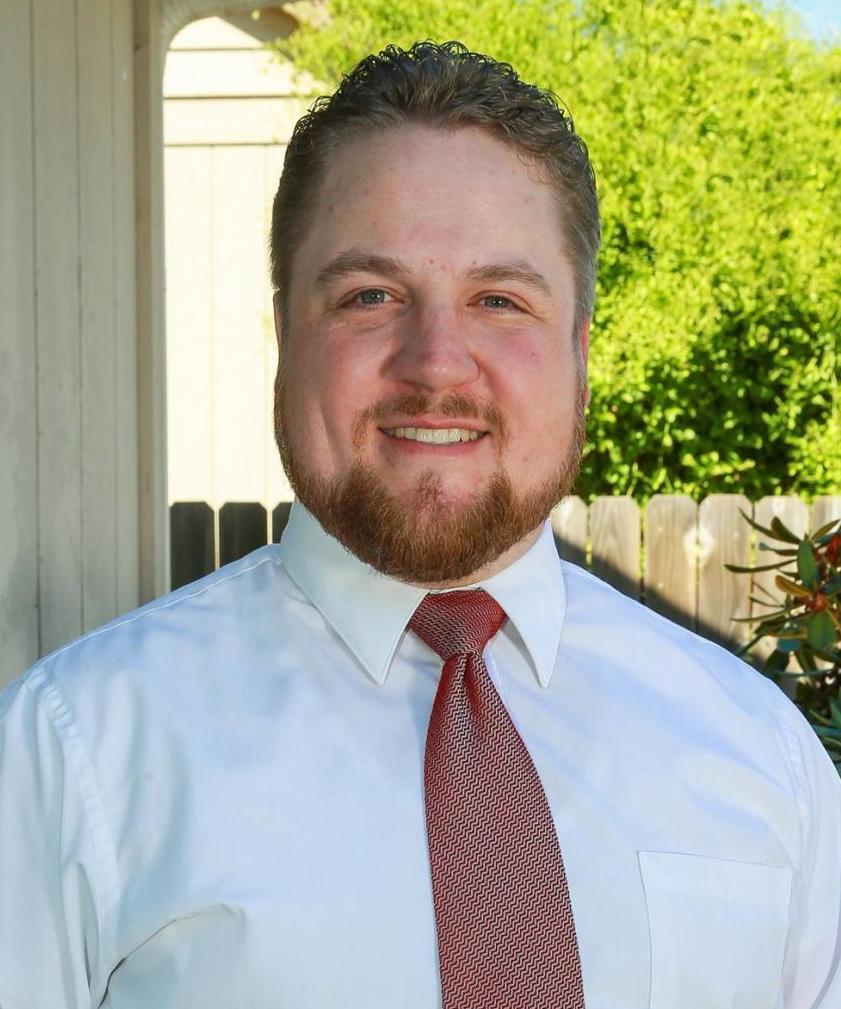 Ian Campbell / Courtesy of the city of Sutherlin

McKnight played multiple sports as a Bulldog, worked at the Dairy Queen in town and graduated from Umpqua Community College in 1992. He served on various city boards and committees before eventually campaigning for city councilor. He was elected mayor in 2014.

The council broke into an executive session toward the end of its most recent meeting. When it returned, councilors discussed McKnight’s resignation.

“I don’t think we should let him,” said one.

“Can we expand the city limits,” said another.

“It’s been an honor to serve as mayor,” McKnight said Thursday afternoon. “I just want to thank the people for their support throughout the years and allowing me to serve as their mayor. It’s been a really cool experience.”

McKnight will still have a Sutherlin mailing address and will continue to find ways to be involved, but an opportunity to purchase some property just east of town took him outside the city limits.

“It’s really a decision for our kids,” he said. “They’re at the age where they’re doing 4-H and raising livestock and as they get bigger, so do their projects.

McKnight’s immediate future, as far as governance is concerned, is still unknown. He says he’d like to serve on a city committee, work with the Sutherlin Area Chamber of Commerce, or stumble into something different.

Editor’s note: This is the third in a series of monthly profiles of the mayors of Douglas County. “Meet The Mayors” explores the men and women who occupy the most visible unpaid role in each of their respective cities.

So far, everyone’s been supportive of his decision with the exception of one of his greatest friends within the city: City Manager Jerry Gillham.

“You know Jerry and I have such a good relationship and work so well together that he threatened to burn down the new place to get me back,” McKnight laughed.

He plans to get the last laugh, though.

“I have plans to text Jerry right at 7 when the next meeting starts and ask, ‘I’m sitting out on my deck, what are you doing,’” McKnight said.

The change isn’t without a bit of sadness.

“When I’m out with my kids it’s definitely the right decision, but I’d be lying if I said I wasn’t a little... just a little said,” he said. “You’ve been a part of something for so long and I enjoy it so much that I’d still be doing it if the rules didn’t take me out of the game.”

But he’s excited to watch Sutherlin continue to grow. He said Vincent is a great guy who will do well in the role.

“I think he’ll keep the ball rolling and I’m rooting for him,” McKnight said. “He’s a people person.”

Vincent spent most of his life in the Sutherlin and Oakland communities and is a graduate of Oakland High School. He spent his career in the manufacturing industry and is currently handling outsides sales and product development and design for Great Northern Trailer Works. He and his wife Amber have four children. They enjoy backpacking, being outside and spending time together as a family.

Vincent doesn’t have a lengthy CV when it comes to government, but he did something most people don’t when complaining about politics: He actually ran for office.

“Sutherlin was having a lot of challenges from my viewpoint and I looked around and thought if I’m not happy with the direction the city’s going, then how do we correct that,” he said. “How do we move forward and get beyond those times? I looked around and said, ‘If I don’t throw my name in the hat, then what? We might as well see what happens.’”

Eight people ran for three open council seats that year, but Vincent came out on top. Fast-forward four and a half years and Vincent had his name pulled from a different hat.

“I’m honored that council has chosen me and that everyone has been so supportive, so it’s exciting to go from here,” he said.

Moments after the council unanimously appointed Vincent to the position he cracked his first mayoral joke.

“If I don’t have her support it’s not happening,” he said later.

“The entire city staff — everyone in the office, public works, wastewater, fire, police — they are exceptional,” he said. “They are hard-working and a fantastic crew and I want to support them and give them every tool that they need to move projects as fast and as hard as possible because I believe Sutherlin is poised for enormous growth potential right now.

“We need to strike when the iron is hot,” he said.

Roseburg High School students work on robotics projects during the Thursday session of the Expanding Horizons Summer Camp at RHS.

Roseburg High School junior Danielle Bolen works on a robotics project during the Thursday session of the Expanding Horizons Summer Camp at RHS.

Just a week into summer vacation, students were already back in the classroom at Roseburg High School at the Expanding Horizons camp.

His friend Simon Friedman, added, “Just checking it out, learning new things. It’s something to do.”

Each student got to spend just over an hour at one of the three courses that were offered: agriculture, robotics and automotive power systems, for the first four days of the camp. On Friday, students get to choose their favorite program and spend four hours on their skill.

“It’s really fun to have three different, separate classes,” incoming eighth grader Joe Latham said. Joe learned about robotics in middle school, but was excited to learn more about the other two programs as well.

Robotics was a favorite among many of the middle school students who signed up for the camp. Incoming seventh grader Julie Rasmussen said she likes robotics because she gets to work in a team and learn hands-on.

Roseburg High School robotics coach Ira Weir brought in students who had been a part of the robotics club in years past to help with the program and make sumo-bots. Students would create robots which would have to push their opponent’s robot out of a circle.

“We give ‘em enough to expand their horizons and they just end up wanting more,” Weir said, pointing out that every single student in the class was engaged and working on projects that they started earlier that week.

For the agriculture portion of the summer camp, Roseburg High School student Olivia McCurdy led much of the instruction.

Roseburg High School agriculture teacher Angela Chenoweth said she wants her students to get the experience of learning through teaching. McCurdy is working on a service project that is about bringing more agriculture education into elementary and middle schools.

“This was the first time that she’s had to plan a whole week of activities,” Chenoweth said. “But she’s done all the planning of what kind of introduction we’re doing, what kind of icebreaker we are doing, she made our supply lists and all of that. She’s really gaining that experience, because that’s something that she’s kind of thought about doing in the future.”

Julie said she liked the agriculture class, because she gets to “hang out with cool high schoolers.”

On Thursday, the students were exploring the different textures of soil but it was Wednesday’s lesson that was particularly popular. That day, students did a taste test of steak to see if they could differentiate in the way the cow had been fed.

In the automotive program, students learned how the electrical system worked and created their own light board with a battery, a switch and a light. Students would learn soldering skills as well as basic electrical skills.

Eventually, the hope is that students will be able to combine all three of the skills for projects.

The next Expanding Horizons camp will be held from 8 a.m. to 2 p.m. July 19-23 at Phoenix Charter School in Roseburg. That camp will focus on exploring the trades for middle school students. To register visit www.dcpss.org/expandinghorizons.

Veterans who received their COVID-19 vaccinations at the Roseburg VA Medical Center will need to register online if they want to be entered into the state’s $1 million lottery.

Gov. Kate Brown had announced in May the new lottery for people who’ve received COVID-19 vaccinations. All Oregonians 18 and older who have received at least one shot by June 27 are eligible to win the $1 million prize or one of several smaller prizes.

Most are automatically entered into the drawing and don’t have to take additional steps.

However, there are exceptions.

State officials don’t have records of the shots received at federal veterans hospitals.

That means veterans who received their vaccines at the Roseburg VA or another VA facility will need to take some extra steps to make sure they too have a chance to win.

According to the Roseburg VA, those who received shots at the VA or one of its clinics can sign up online to be included in the drawing. The signup is at takeyourshot.oregon.gov.

The registration must be submitted by June 27. The winners are expected to be announced before July 9.

While just one lucky winner will win the $1 million jackpot, 36 Oregonians — one from each county — will win a $10,000 prize. Kids aged 12 to 17 will be eligible for a separate drawing for $100,000 scholarships through the Oregon College Savings Plan. Five students will win those scholarships, which can be used at trade schools and community colleges as well as at four-year universities.

The lottery is intended to encourage Oregonians to do their part to vaccinate enough people to reach the governor’s goal of a 70% vaccination rate for state residents 16 and up. It’s hoped that rate will ensure herd immunity that can protect most state residents from getting sick or dying from COVID-19.

Oregon’s not alone in taking the lottery approach. Among the other states with COVID-19 lotteries with big cash prizes are Ohio, New York, Maryland, Kentucky, Colorado, California and Washington. Some other states, like West Virginia, Minnesota, Arkansas and Delaware have come up with smaller prizes ranging from park passes to vacations to scholarships and even vehicles.