Roseburg City Councilman Bob Cotterell got a public scolding Monday, including at least one person who called for him to resign, for comments and an off-color joke he made recently about gender identity.

Mayor Larry Rich kicked off Monday’s City Council meeting by offering a public apology on behalf of himself and the council for any pain Cotterell’s comments may have caused. Rich also said the matter would be discussed formally at the next City Council meeting, scheduled for Aug. 9. 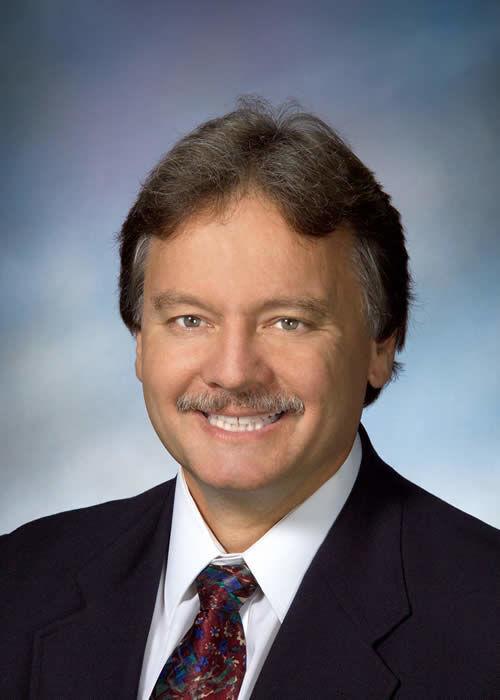 Following Rich, seven people from the audience spoke out against Cotterell and his comments, and Rich read one email that carried the same sentiments.

Many of the speakers talked about their own experiences with gender identity, and how difficult that journey had been, including an attempted suicide.

“My mom tried to exorcise me as if I was possessed,” Williams said. Such incidents led to an attempted suicide a few years ago, Williams said.

“It shouldn’t take a suicide attempt to be accepted and loved,” Williams said. “I hope our community chooses kindness and love, as I’ve seen it done many times since I’ve lived here. Nobody here wants to see a broken and divided Roseburg, and I don’t either.”

The controversy dates back to June 28, when Cotterell and other city officials were preparing for the bi-weekly City Council meeting, which was to be held via Zoom. One of the councilors had misspelled their name on a roster and another quipped that they had considered using a woman’s first name in jest. 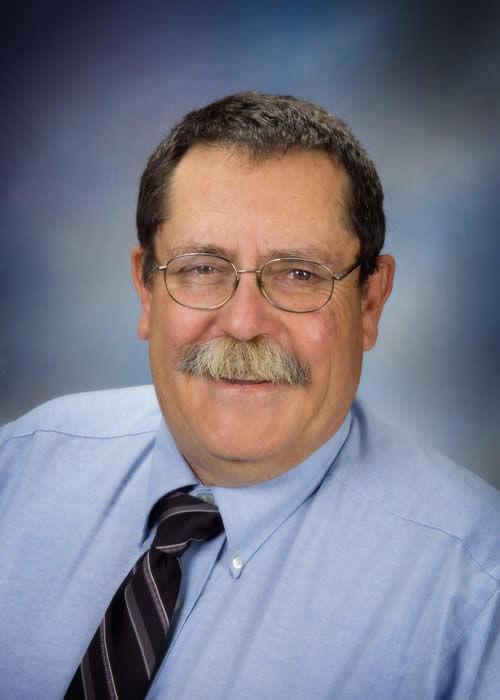 The chatter suddenly stopped and there was a moment of awkward silence as City Recorder Amy Sowa reminded people that those connected to the Zoom meeting could hear the councilor’s comments. No one said anything and the meeting went on.

Later, people began to take issue with Cotterell’s comment and criticized the rest of the City Council for not calling him on it.

A couple of weeks later in an interview with The News-Review, Cotterell doubled down on his comment, dismissing the criticism as an example of political correctness gone too far. He said his stance on gender identity is rooted in science and dismissed the notion that individuals should be allowed to self-identify their gender.

“I believe it’s a joke, I really do. It’s magical thinking to become whatever gender you desire simply by saying, ‘That’s how I identify today.’ It’s foolish thinking,” Cotterell said. “To me, there’s two genders. If you pull the front of your pants down you can figure out which one you are. If you have an outie you’re a male, and if you’re an innie you’re a female.”

Cotterell remained silent Monday as speaker after speaker described the pain associated with gender identity, and how comments such as those made by Cotterell can dig deep.

Vyla Grindberg thanked Rich for his statement and said she struggled with gender identity issues for decades.

“It took me 20 years just to figure out a way to describe myself,” she said. “For me, I ended up struggling with something I had no name for.”

Grindberg said she suffered painful moments as she tried to find her place in the community, and worries that others, including many youth, are facing similar struggles.

“It’s important for them not to have to go through the same traumas I went through,” she said.

Ryan Cram told Cotterell he had failed in his role as a City Councilor.

“I ask you to step down and resign,” Cram said. “You’re supposed to be a leader in this community and you’ve very much failed at that.”

The sole councilor to speak on the matter was Brian Prawitz, who thanked the audience members for speaking out.

“I just want to acknowledge you, thank you all for being brave and coming to the mic and sharing your stories,” he said. “You are important.”

Reclassified the assessment improvement fund as a special revenue fund and expanding the approved use of the fund to include costs associated with derelict building mitigation efforts.

Teddy Williams is 24. This story has been updated to state his correct age.

That job posting is basically what City of Roseburg officials are about to send out in the way of request for proposals as they look for an agency that can get a homeless shelter with services, also known as a navigation center, off the ground.

There is a bit of urgency in the posting: Funding for the new homeless shelter will come from a $1.5 million grant the city is getting from the state. However, language in the grant calls for the navigation center to be up and running by July 1 of next year, or the city would have to return all the money granted.

The search for an agency to run the shelter, and the results of a survey that gauged the interest of about a dozen such agencies who might be willing to take on the task, were the focal points of the monthly meeting of the Roseburg Homeless Commission on Monday.

To gather information from local service providers, a survey was sent to 44 individuals connected primarily to community-based organizations. Fourteen surveys were completed and returned.

“I was pretty excited to see the results of the survey,” said Shaun Pritchard, executive director of the United Community Action Network and a member of the Homeless Commission.

Pritchard said it is likely that the administrative functions of the navigation center would be separated from the around-the-clock operation of the shelter.

City Manager Nikki Messenger warned that the process of finding a group to run the shelter will likely take at least two months, possibly longer.

“I don’t know if we have to have one organization doing it all,” Fieldman said. “If one group steps up and said ‘We’ll do it all,’ that would be great. But I’m not sure we’ll get that.”

Mayor Larry Rich, who is the chair of the Homeless Commission, said the search for a location for a shelter is ongoing and a handful of potential sites have been identified. However, Rich said he intends to keep that information private for now.

Rich said he learned a valuable lesson several years ago when the city was looking for a site to put some ball fields, and when a potential site was announced the asking price for the property tripled.

“What I learned really quickly is there’s a time to share and a time not to share locations,” Rich said.

WELCOME HTAGHomeless Commission members also discussed the end of the Immediate Needs Ad Hoc Committee, which was disbanded Friday, less than six weeks after its first meeting. The work of the ad hoc committee will be handed off to the Homeless Transition Action Group, said KC Bolton, who is a member of the Homeless Commission and was chair of the short-lived ad hoc committee.

Both Bolton and Fieldman said it’s imperative that the mission of the ad hoc committee — provide emergency items and services to homeless individuals — not be lost.

“The key players need to be at that table on a regular basis,” Fieldman said. “If we’re going to move the needle on this we need people who are dedicated to working on this.”

That could be a challenge for the Homeless Transition Action Group because it is not incorporated, and has no staff and no real funding, Fieldman said.

Wayne Ellsworth, who organizes the Homeless Transition Action Group meetings, said the group is made up of a cross-section of the community who simply want to get things done.

“HTAG has always been a collaboration of concerned citizens, advocates, activists, business owners, reps from local nonprofits, city council members, city managers, county commissioners, state representatives, and local religious leaders,” he said. “It is not a structured organization, and at this point has no intention on organizing.”

Ellsworth also said that the group has not yet decided whether it will take up the work of the ad hoc committee, and if so, how it will accomplish that work. That will be a key discussion point at the meeting scheduled for Wednesday, he said.

He also said that for now, the Homeless Transition Action Group will continue to keep its meetings private.

Referee Leonard Harkless centers the hands of Lexi Fry, left, and Eli Woody before starting one of their armwrestling bouts Saturday afternoon at the Myrtle Creek Summer Festival.

Lexi Fry, 8, finishes off a pin against Eli Woody during the 6-8 age group qualifying competition Saturday afternoon at the Joe Woody Armwrestling Invitational in Myrtle Creek. Fry came back from a loss in earlier rounds to win the age group in her first competition.

Bryan Fry videos Lexi Fry’s first of two championship bouts in the 6-8-year-old age group of the Joe Woody Armwrestling Invitational on Saturday at the Myrtle Creek Summer Festival. Lexi, 8, defeated her opponent twice to win the age group in her first competition. Bryan Fry competed later in the day and finished second in his division.

Bryan Fry shows his son Cannon how to improve his grip for competition Saturday at the Joe Woody Armwrestling Invitational at the Myrtle Creek Summer Festival.

With the referee’s signal, two contestants began exerting every bit of strength they had while the crowd grew louder with excitement as Lexi Fry, of Albany, slowly pushed her opponent’s hand down.

Fry was joined by her father Bryan and brother, Cannon, for her first arm wrestling competition, where she took home first place for the 6-8-year-old age group.

After losing his father to suicide, John Woody, the event organizer, realized that his dad didn’t have a lot of access to information about suicide and prevention.

“I was trying to think, ‘What would my dad have watched or how would that information have reached him?’” Woody said.

This led to the idea of adding statistics about suicide and prevention in videos of arm wrestling — that typically gain many views — to help spread awareness.

A portion of proceeds from the event will go to Adapt’s suicide prevention programs.

Woody also enjoys how welcoming the sport is for people.

“Arm wrestling is an inclusive sport,” Woody said. “Kids, women, people with disabilities can join and there really isn’t an age barrier.”

And anyone, regardless of skill level or experience, was able to participate in the competition.

Alexander Shupe-Shellooe, of Winston, was out for his first official competition. He first got into the sport after watching a series of YouTube videos.

“I’m here to have fun and support a good cause,” he said.

Other events at the Myrtle Creek Summer Festival included vendors, food trucks and a series of competitive games such as volleyball.

The night concluded with a pyro-musical and fireworks show.

Anyone experiencing any thoughts of suicide should call The National Suicide Prevention Lifeline at 1-800-273-8255.