Two days after Douglas County shattered its single-day record for positive and presumptive COVID-19, the Douglas Public Health Network and Douglas County Board of Commissioners are urging area residents to return to many of the practices that were in place prior to Oregon fully reopening its economy on June 30.

The Douglas County COVID-19 Recovery Team reported 261 total COVID-19 cases on Tuesday — nearly 100 more new cases than the previous daily record — and an additional 167 Wednesday, prompting the commissioners and health network to advise residents to work from home and cut down on in-person contact.

“Most people do not even realize that they might be carrying or unknowingly spreading the virus,” the recovery team said in its Wednesday update. “So, right now, for the next few weeks, it is so very important to minimize interactions with others, especially in the workplace, at social gatherings and in public.”

The first confirmed case of COVID-19 in Douglas County was identified on March 8, 2020. Through Nov. 23, the county saw 822 total positive and presumptive cases. For the week starting Aug. 9 and ending Sunday, there had been 853 total COVID-19 cases.

The team said that if the option is provided by employers, people should consider working from home until the current wave of high positive cases begins to trend back down.

Also recommended is when attempting to perform such tasks as grocery shopping or refilling a prescription, check with a particular store or pharmacy to see if they offer curbside pickup or delivery options.

There was one death reported Tuesday, an 83-year-old woman who was diagnosed Aug. 7 and died Monday.

As of Wednesday, 59 Douglas County residents were hospitalized with the coronavirus, 53 locally and six out of the area. Of those 59, the team reported 51 had not received part or all of a COVID-19 vaccine sequence.

Those wishing to receive a vaccination are encouraged to call their local healthcare provider or pharmacy to schedule an appointment, or call the county’s COVID-19 hotline at 541-464-6550.

RECORD NUMBERS FOR HEALTH AUTHORITYTuesday, the Oregon Health Authority reported its highest single-day number of COVID-19 cases, with 2,941 new positive and presumptive cases, along with 15 deaths.

There were 838 Oregon residents hospitalized due to the illness, an increase of 86 from Monday’s report. Additionally, 122 of those patients were occupying beds in intensive care units around the state, 16 more than in Monday’s report.

Wednesday, the state reported 2,139 new confirmed and presumptive cases and 11 deaths, raising the state’s death toll due to COVID-19 to 2,975.

Douglas County had the third-highest number of cases according to the health authority Tuesday with 300, behind only Washington County (420) and Marion County (363).

While the Roseburg Forest Products Riddle Plywood plant was moved to the resolved workplace outbreak list, as was expected, four new Douglas County businesses appeared on the active list this week and two others already on the list saw a significant jump in reported COVID-19 cases.

Among the new workplaces to appear on the outbreak list:

There was no change for Douglas County schools in that portion of the health authority’s K-12 outbreak list with the exception of adding one case for Melrose Elementary. Roseburg Public Schools announced that positive case last week, and Melrose was added to this week’s list. Hucrest Elementary in Roseburg (two students), Jo Lane Middle School in Roseburg (one student), Roseburg High School (one staff) and Phoenix School (one student) also appeared on the K-12 outbreak list.

Any entity on the health authority’s active outbreak list must go 28 days without reporting a new case before it can be considered “resolved.”

Two wildland firefighters perform burnouts on the Skyline Ridge Complex that has burned about 6,000 acres southeast of Canyonville.

Summers aren’t what they used to be.

U.S. Sens. Jeff Merkley and Ron Wyden announced five new bills Wednesday that they say would help blunt the impact of these events. 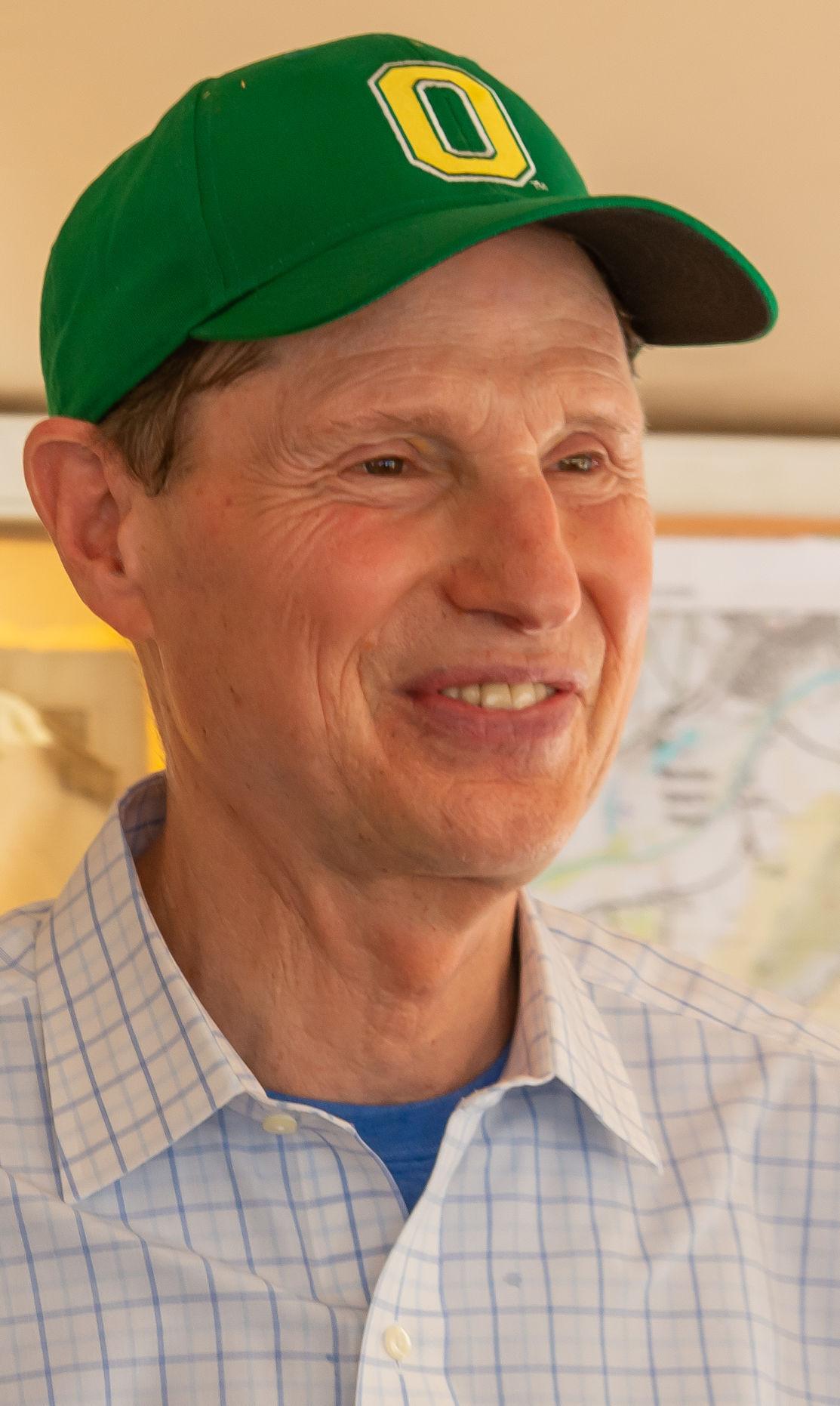 “The climate crisis is real, it’s here, and we are living its effects in the Pacific Northwest with record-breaking heat, severe drought, and catastrophic infernos,” Wyden said Wednesday in a written statement.

“As we work to combat this emergency, more must be done now to protect the health and safety of workers and families from the harms of extreme heat, dangerous wildfires and their smoke,” he said.

The first of the five bills, called the Wildfire-Resilient Communities Act, would set aside $30 billion for the U.S. Forest Service and the Bureau of Land Management to boost catastrophic wildfire reduction projects. 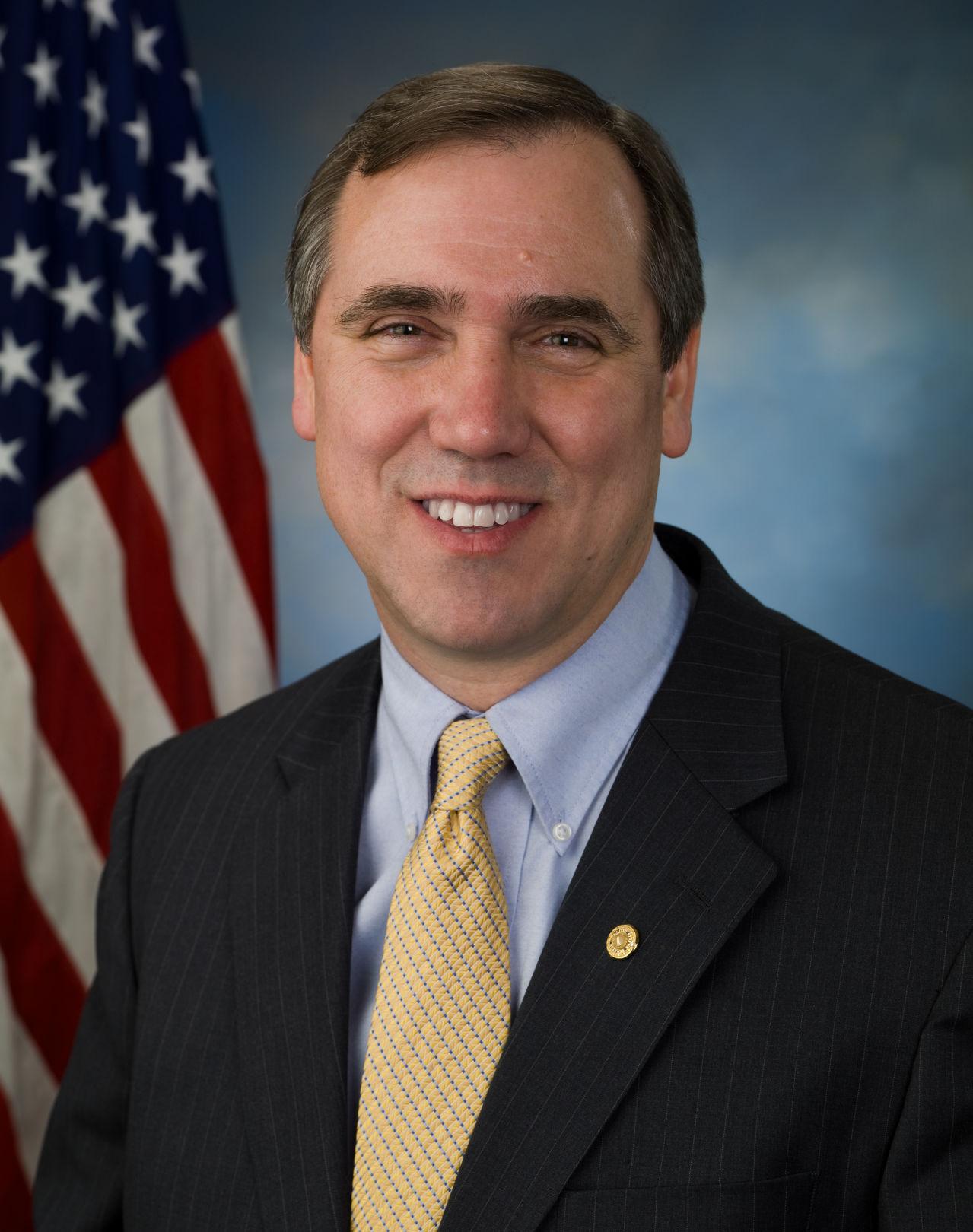 It would also pay for increased forest restoration and provide payments to counties for forest stewardship projects.

The second bill, called the Smoke Planning and Research Act, would fund research on the public health impacts of wildfire smoke and create a grant program for local community planning relating to wildfire smoke.

The Wildfire Smoke Emergency Declaration Act would authorize federal emergency assistance for smoke shelters, relocation efforts and smoke monitors. It would also provide financial relief to businesses that have lost revenue due to wildfire smoke.

The Smoke-Ready Communities Act would provide funding for infrastructure upgrades to public buildings to filter out wildfire smoke. It would also assist with local efforts to provide health information about wildfire smoke.

The Farmworker Smoke Protection Act would protect farmworkers from smoke and extreme heat by requiring their employers to provide N95 masks and training and education about hazardous air conditions. It would also direct the Occupational Safety and Health Administration to create an official standard for protection from smoke and heat exposure.

Merkley cited the death of a 38-year-old farmworker in St. Paul in Marion County. The man was one of about 100 Oregonians who died during a record-breaking heatwave across much of the state at the end of June.

Merkley said such a death should never happen again.

“The fact that an Oregon farmworker died in the June heatwave is heartbreaking and completely unacceptable. Everyone — no matter what they look like, where they live, or where they work — deserves protections in their workplace, especially when we have triple-digit temperatures,” Merkley said in a written statement Wednesday.

A former Roseburg convenience store clerk has settled a complaint alleging that the manager of the store created a hostile work environment that included acts of sexual assault and battery and sexual harassment against her.

Amy Reed had filed the lawsuit in Douglas County Circuit Court in November 2019 against G N Marketing LLC, doing business as the Short Cut Market at 508 NE Winchester St., and Nachattar Singh, a manager there. Reed sought $150,000 in damages in the complaint.

“When people go to Google or check Short Cut Market online, this lawsuit comes up,” Neil Singh said. “But the new owners who bought the market have nothing to do with that.”

Reed began working at the market around Aug. 1, 2019. She worked about 20 hours a week at a salary of $11 an hour. The complaint alleged that throughout Reed’s employment at the market she was reportedly subjected to numerous incidents of unwanted sexual harassment by Nachattar Singh, including several incidents that involved sexual assault and battery.

The settlement states that the agreement was the result of negotiations and compromise between the parties, was entered into in good faith, and “shall never be considered at any time or for any purpose as an admission of liability by the parties, or that the parties acted wrongfully with respect to each other.”

The settlement also contains a non-disparagement clause, which states that neither party shall “make any oral or written statement which is intended or reasonably likely to disparage any other party or otherwise degrade any other party’s reputation in the community.”