A fire burns on Reservoir Hill in Roseburg in July 2020 as the Fourth of July fireworks show goes off above. The fire was contained shortly after the show concluded.

The Roseburg Hometown 4th of July Fireworks committee announced it has canceled the show for 2021.

The announcement was made Wednesday morning on the group’s Facebook page.

“It is with a heavy heart that we are announcing the cancellation of this year’s Fireworks show,” the post read. “With COVID-19 restrictions still in effect, and being unable to secure a COVID-friendly location for launching the show, we have no choice but to cancel.”

From her home on West Riverside Drive in Roseburg, Lucia Meyer settled in near the end of Fourth of July on Saturday to take photos of what was expected to be an impressive display of pyrotechnics from Reservoir Hill.

Organizer Rob Thomas said the group’s request to use Reservoir Hill — the location for the 2020 show — and the Roseburg Regional Airport were both denied by the City of Roseburg. Last year’s show resulted in a number of small grass fires on the side of Reservoir Hill.

Thomas said the group also looked into potentially hosting the show at Stewart Park or the Douglas County Fairgrounds, but both venues would cause liability and logistic issues and would make it difficult to meet COVID-19 restrictions pertaining to social distancing.

“There’s no sense in us spending the money on a show without being certain that we can pull it off,” Thomas said. “But next year, I’m going to have a Plan A, a Plan B, and a Plan C to make sure we can get it done.”

Instead, the group is encouraging residents to attend other Douglas County celebrations to be put on in Winston, Riddle and Yoncalla. Diamond Lake Resort confirmed Thursday afternoon that it is also planning to have a fireworks show, contingent on approval from the Umpqua National Forest.

The Roseburg Hometown 4th of July Fireworks committee is still raising funds, with a goal of $30,000 in donations, for its 2022 show. As the group is a 501(c)(3) nonprofit, all donations are tax-deductible.

Editor’s note: Rob Thomas is the operations manager for Brooke Communications, which shares common ownership with The News-Review.

Editor’s note: Rob Thomas is the station manager of i101, which is owned by Brooke Communications. 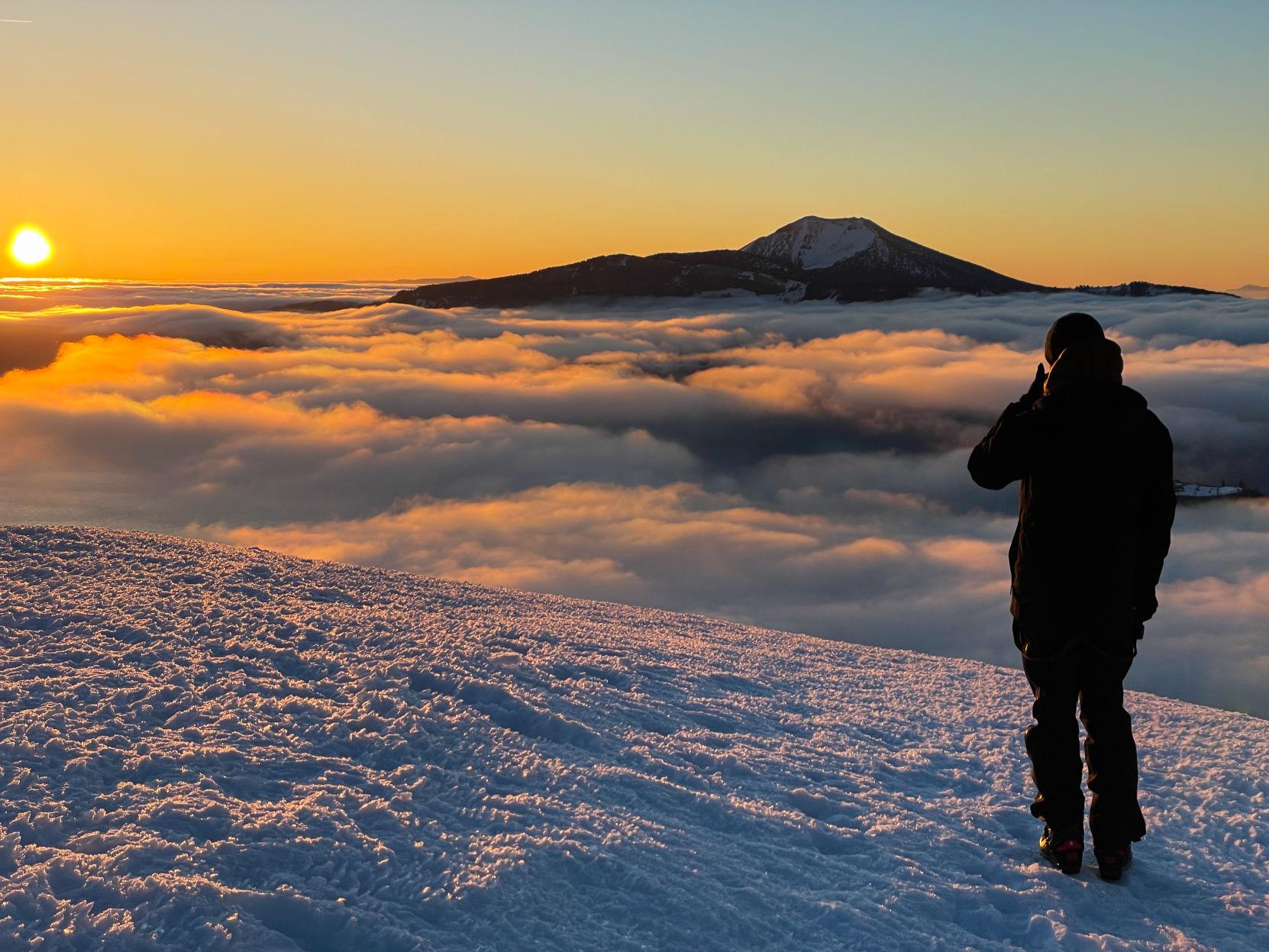 The sun rises above Crater Lake and Mount Scott as Tyler Dodds, of Springfield, looks on from Watchman Overlook after cross-country skiing around part of the lake in early April. The park’s North Entrance Road, most of the Rim Drive, and the Pinnacles Road are still closed to cars, but crews are actively plowing the roads. 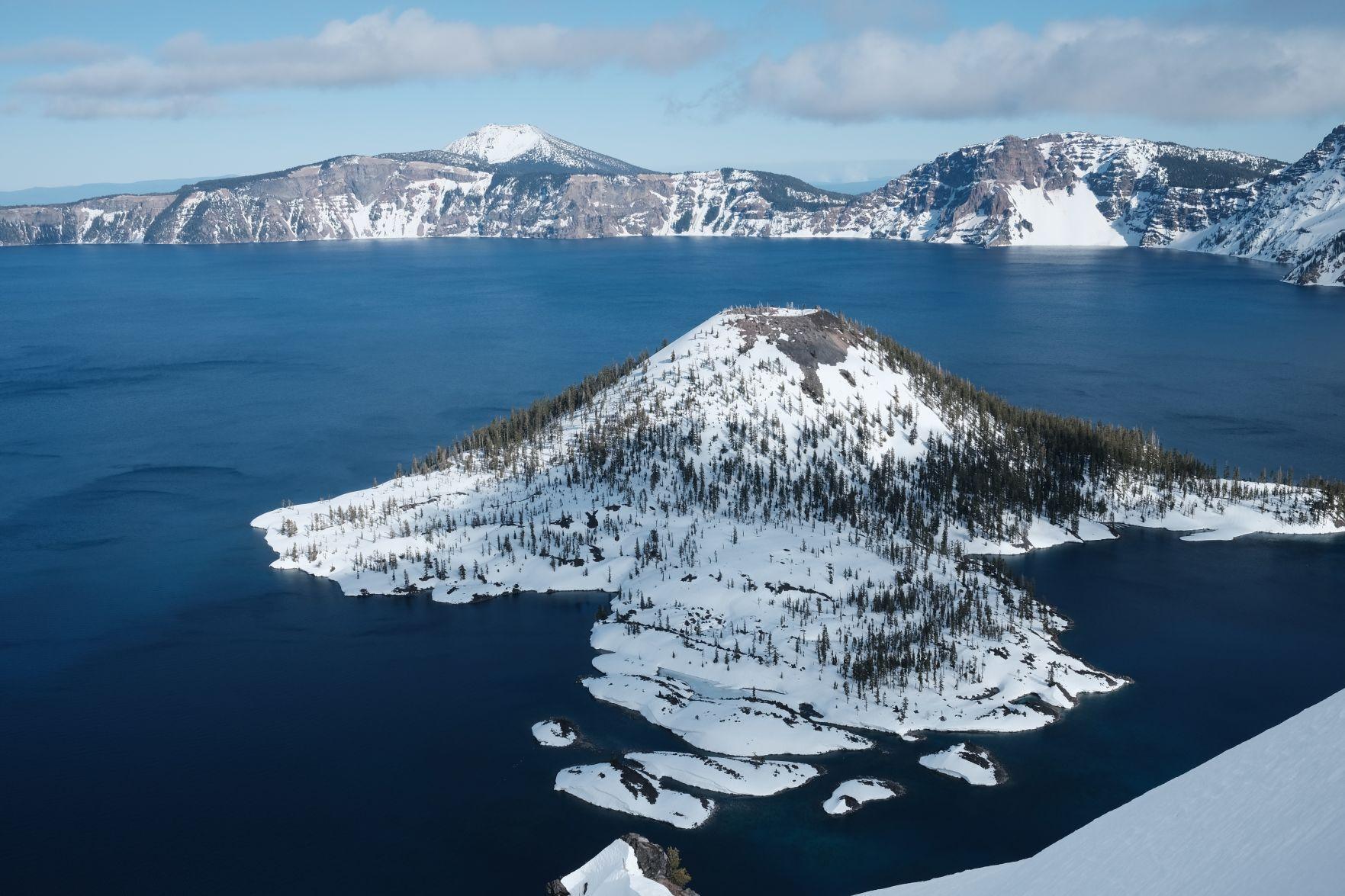 The sun shines on Wizard Island at Crater Lake in early April.

A Riddle lumber company, a Roseburg-based trucking company and an individual driver are all named as plaintiffs in a multi-million-dollar lawsuit stemming from a near-fatal crash that happened on May 16, 2017.

C&D Lumber, Gene Whitaker Inc., Whitaker Leasing LLC and log truck driver Walter Oesterreich are all named as defendants in a lawsuit seeking nearly $74 million in damages after the crash that nearly claimed the life of a 7-year-old girl.

A complaint filed in Douglas County Circuit Court in June alleges that both the mill and trucking company were negligent in the crash, which caused severe injuries to the girl, including atlanto-occipital dislocation, which occurs when the base of the skull is separated from the spinal column.

The crash occurred near the intersection of Pruner Road and Boyer Road near the log decks of the sawmill. The complaint alleges that C&D Lumber had used a vacant space on the property to expand employee parking, and had installed concrete barriers on the perimeter of that lot to protect employee vehicles.

However, those barriers made it difficult for traffic on Boyer Road to spot oncoming traffic on Pruner Road, the complaint said.

On May 16, 2017, Francolin Moreno and his two children were traveling south on Pruner Road when a Whitaker-owned log truck, driven by Oesterreich, allegedly drove through a stop sign onto Pruner Road in front of the Morenos.

In a 911 call from the scene, witnesses told dispatchers a young girl involved in the crash was bleeding heavily and wasn’t breathing.

The girl survived but required a number of fusions to secure her neck, and currently suffers from a number of spinal cord injuries, according to the complaint. The minor boy suffered numerous facial injuries.

Of the nearly $74 million in damages asked by the plaintiffs, more than $61 million are for the girl’s injuries.

The lawsuit claims that C&D Lumber was negligent in installing the concrete barriers to shield its employee parking area and further alleges that the company, recognizing that the barriers were a visual obstruction at the intersection of Pruner and Boyer roads, moved them late during the night following the accident, “altering the scene of a crash where it knew severe and life-threatening injuries had occurred.”

Gene Whitaker Leasing and Whitaker Trucking LLC are accused of not properly vetting Oesterreich as a qualified driver, the court document states. The complaint points to Oesterreich’s driving infractions from the early 1990s as well as Oesterreich’s financial and personal history.

Moreno initially filed a claim against Gene Whitaker Inc. and Oesterreich in May 2019. The claim was dismissed without prejudice in 2020, to be refiled and include C&D Lumber as a defendant.

A representative of Whitaker Trucking LLC declined to comment Friday morning. A voicemail left with C&D Lumber had not yet been returned.