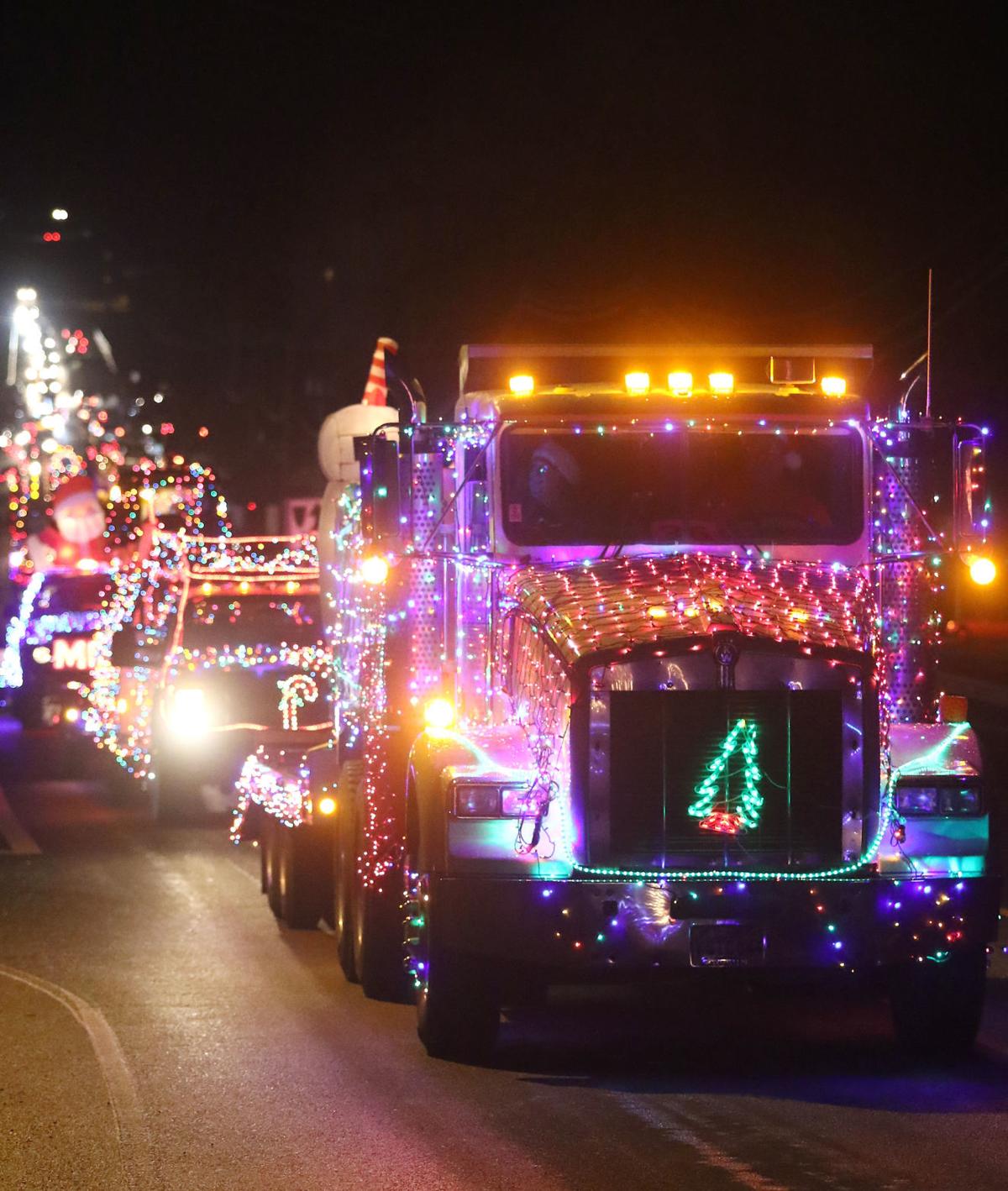 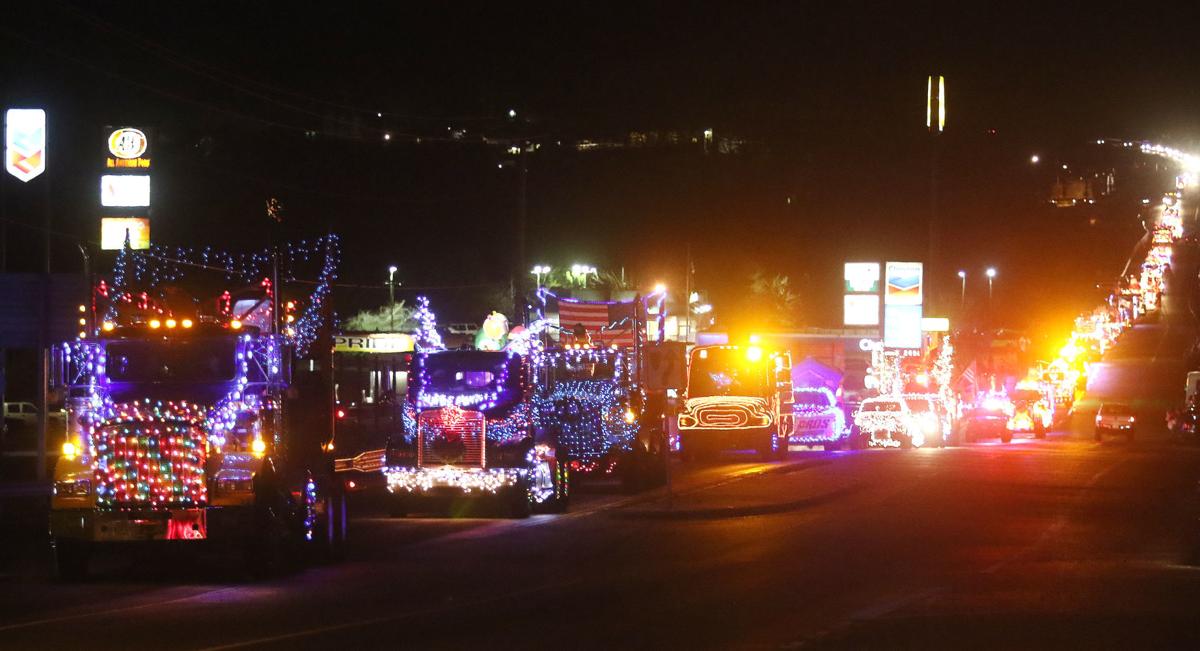 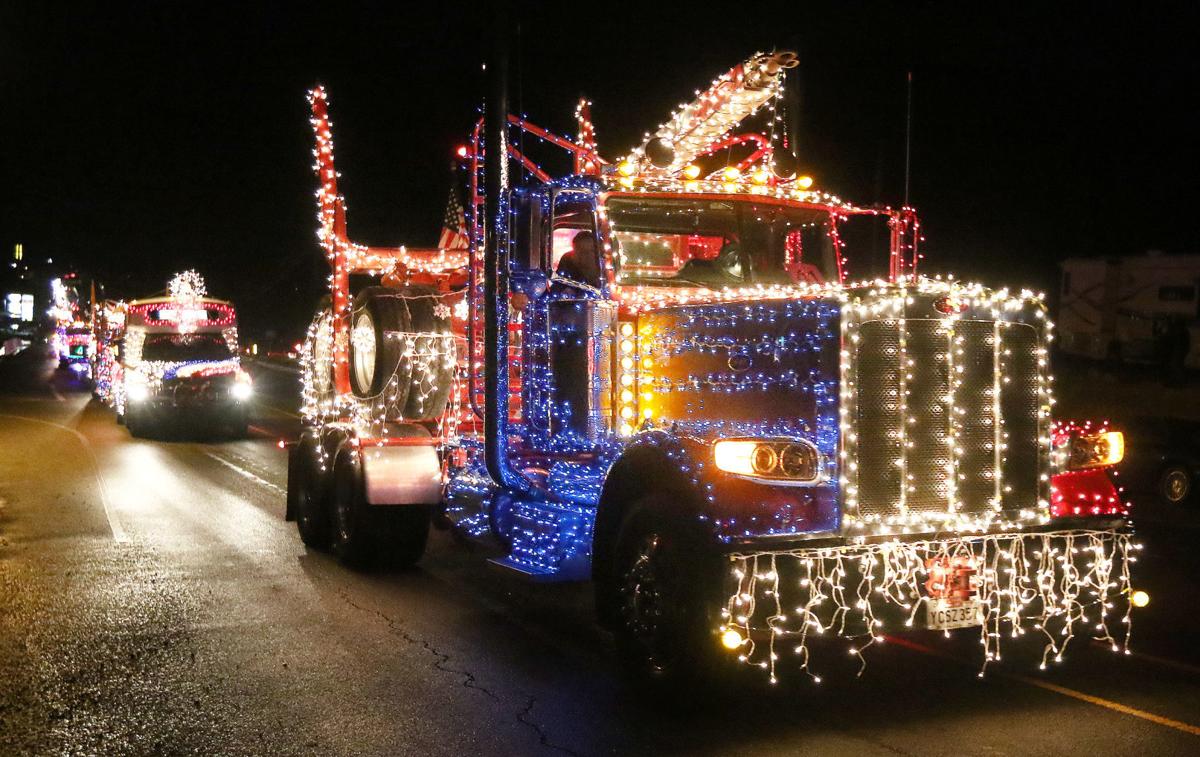 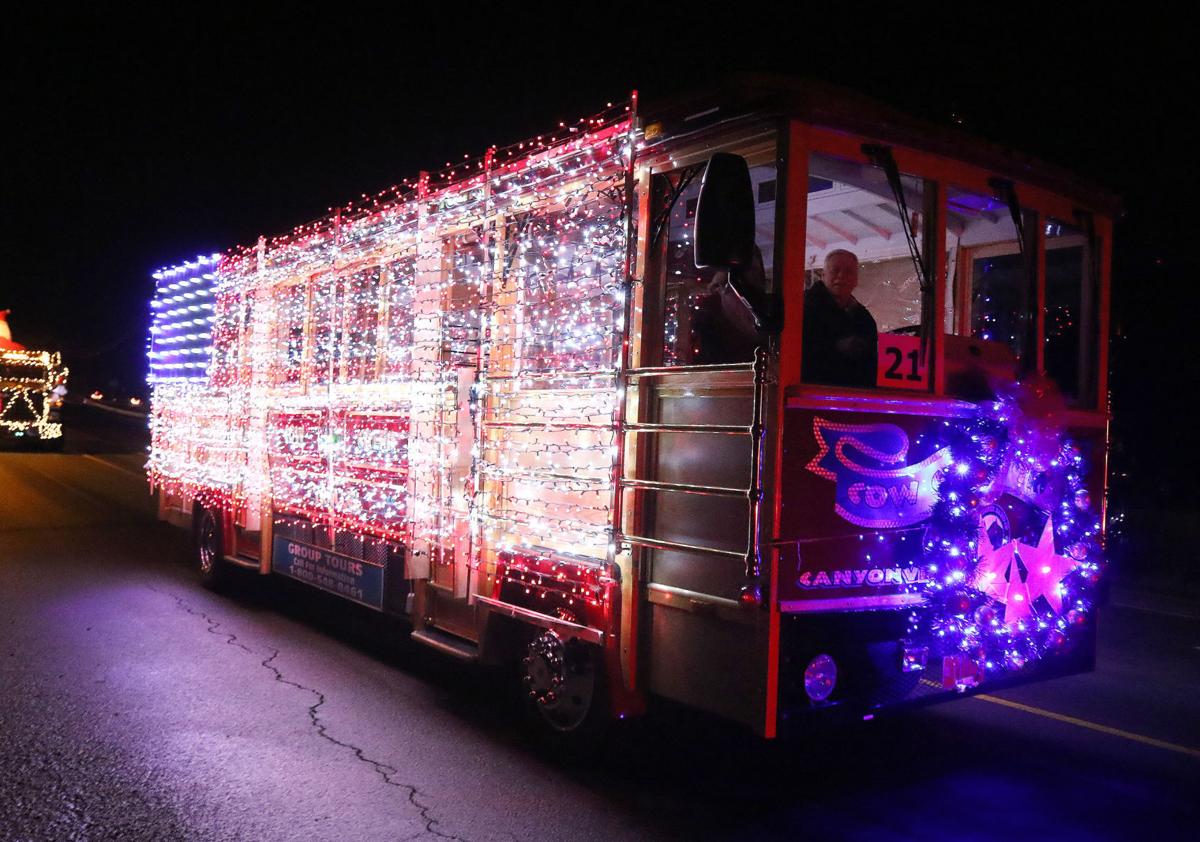 Vehicles decorated with holiday lights head from Riddle towards Myrtle Creek on Pruner Road during the 2017 Timber Truckers Light Parade. 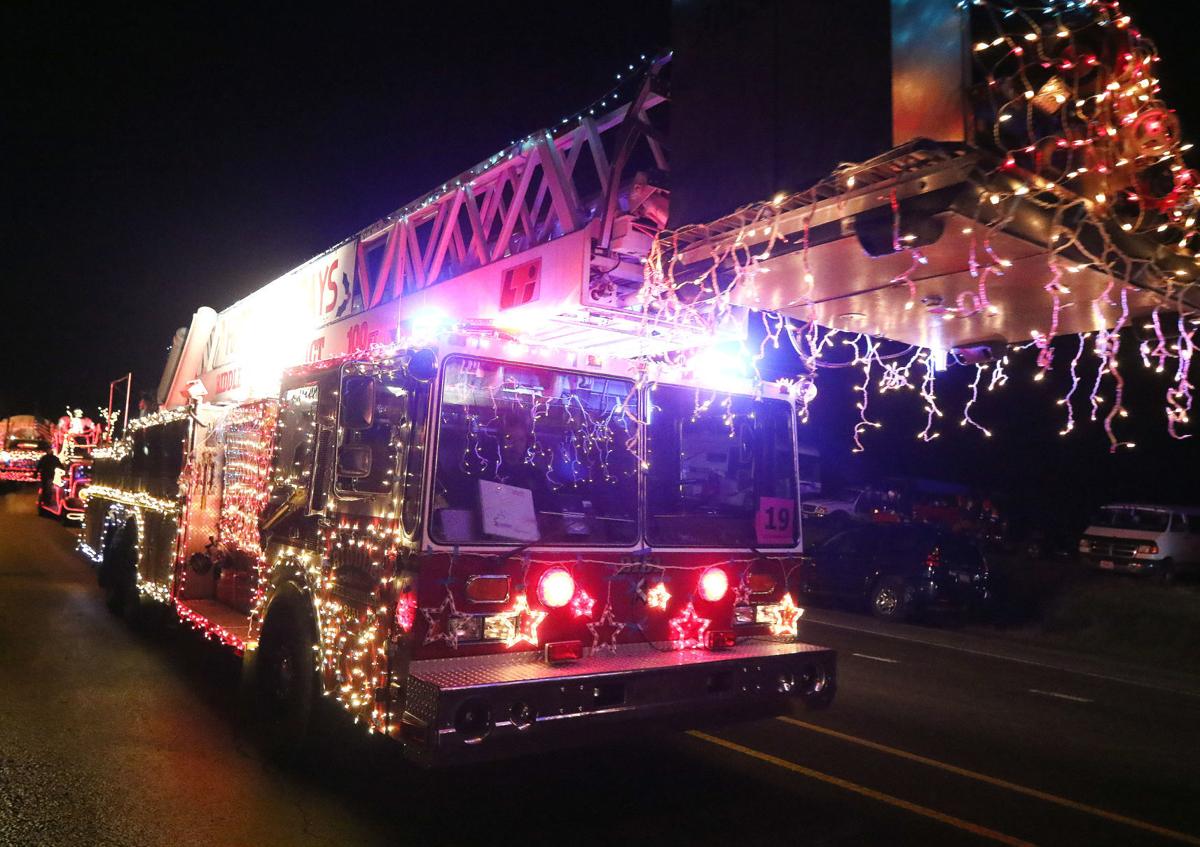 Multiple vehicles, including ones from the Tri City and Riddle Fire Departments are decorated with holiday lights during past parades.

Vehicles decorated with holiday lights head from Riddle towards Myrtle Creek on Pruner Road during the 2017 Timber Truckers Light Parade.

Multiple vehicles, including ones from the Tri City and Riddle Fire Departments are decorated with holiday lights during past parades.

The highway between Riddle and Myrtle Creek will light up with hundreds of thousands of Christmas lights Saturday evening for the 26th Annual D.R. Johnson Memorial Timber Truckers Light Parade.

Thousands of people will line the streets with their hot cocoa and bonfires in anticipation of the parade, which will begin at 5 p.m.

“It’s a way to be a part of the community and be a part of something positive in our area,” parade coordinator Jeff Johnson said. “You can’t describe the feeling when you see all the people lining the streets and the impact it makes for people to forget the stresses and enjoy a nice holiday evening with their friends and family.”

The first parade was held in John Day in 1993. Donald R. “D.R” Johnson, who operated several lumber mills in the area, wanted a way to support the timber industry, its employees and their families, and their contributions to Oregon, while celebrating the Christmas holiday season.

When D.R. Johnson moved his company to Riddle the following year, he decided to move the parade as well. The parade would later merge with the Myrtle Creek Winter Festival. Together, the events are held each year on the second Saturday in December.

“If anything has changed (over the years), it’s the attraction of the amount of people, the amount of bonfires and the amount of interest and excitement that goes along with the parade,” Jeff Johnson said. “It’s just that holiday function that everybody can get involved with, from family parties to having friends over to stand in their yard ... more and more people are hearing about it all the time.”

According to the Myrtle Creek-Tri City Chamber of Commerce, as many as 15,000 people line up along the five-mile parade route. Visitors can gather in downtown Myrtle Creek for free food and drink and to enjoy the shops, the city Christmas tree and a live nativity scene. The Myrtle Creek/Tri City Area Chamber of Commerce will be serving chili, hot cocoa and cookies in the parking lot next to Village Realty, 135 S. Main St., Myrtle Creek, throughout the evening.

The parade takes about 90 minutes to proceed from the starting point at the D.R. Johnson lumberyard in Riddle to downtown Myrtle Creek. An average of 45 participants are in the parade each year, some sporting between 40,000 to 50,000 string lights on one truck.

As of the end of November, 10 vehicles are registered for the parade, with more expected to join in the days leading up to the event. Any street-legal motorized vehicle, including passenger vehicles, RV’s and motorcycles, may enter the parade for free, as long as it displays at least one string of working holiday lights.

“(It’s) not at all unusual that the number is low,” said Teresa McCabe, who has helped organize the event every year. “Every year we go through this. People continue to enter in person or over the phone before the day of. On the day of the parade at least 10 or more entries sign up that day or think they have already signed up. Several entries just show up.”

“Every year we will get one or two people from the Medford area,” McCabe said. “For a couple of years there was a gentleman from up in the Washington area that would enter.”

When the vehicles arrive in the downtown Myrtle Creek area, they park along Main Street and some side streets for spectators to get a closer look, take photos and chat with drivers.

This year, the parade’s theme is “Unifying our Small Towns with the Timber Community.” McCabe said it is not mandatory that entrants follow the theme, but it will be included as part of judging if included.

In addition to judging in those classes, there’s also Best of Show judging with awards for first through third place. There will also be a special trophy for the smallest pickup. Total prizes exceed $3,500 annually.

“We really appreciate the participants, the work they put into it and the dedication they have to bring cheer to the area,” Johnson said.

Event organizers encourage all participants to register, although it is not required. There is no entry fee. For more information, or to register, call D.R. Johnson Lumber at 541-874-2231.