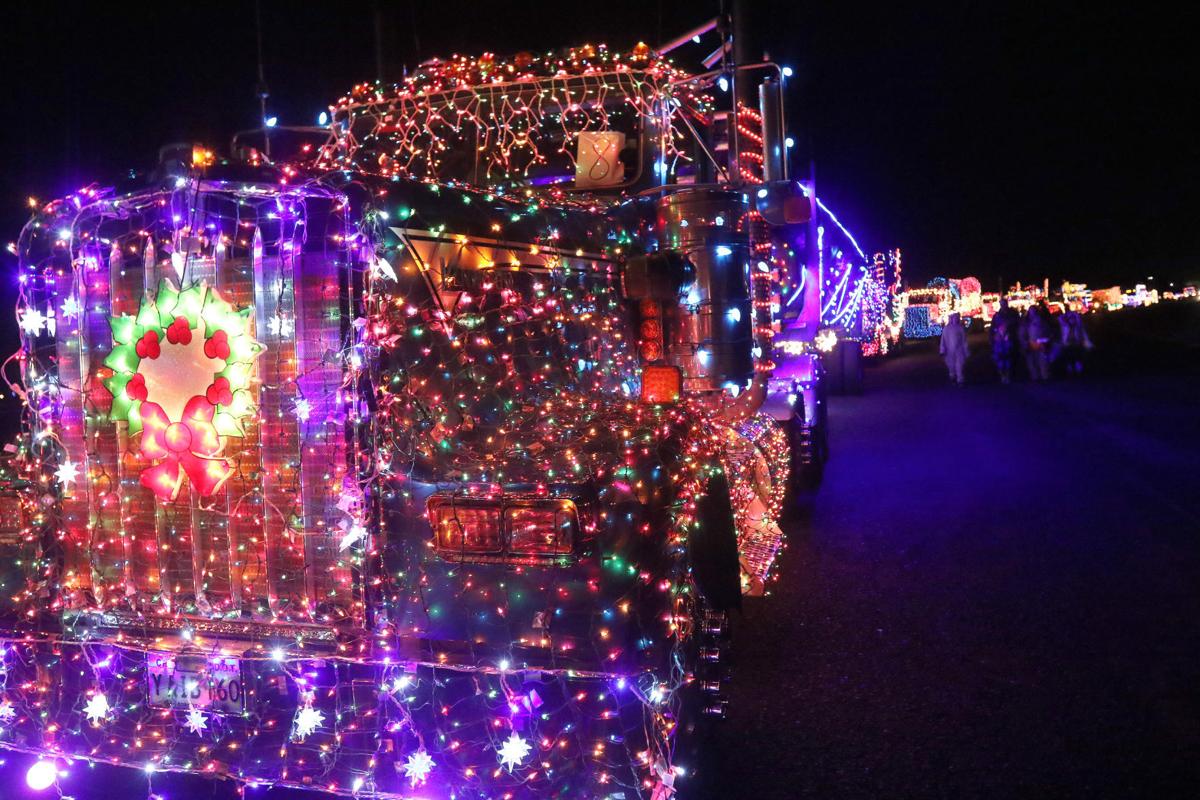 Trucks illuminated by holiday lights line up at the start of the Sutherlin Timber Town Toy Land Electric Light Parade in Sutherlin. 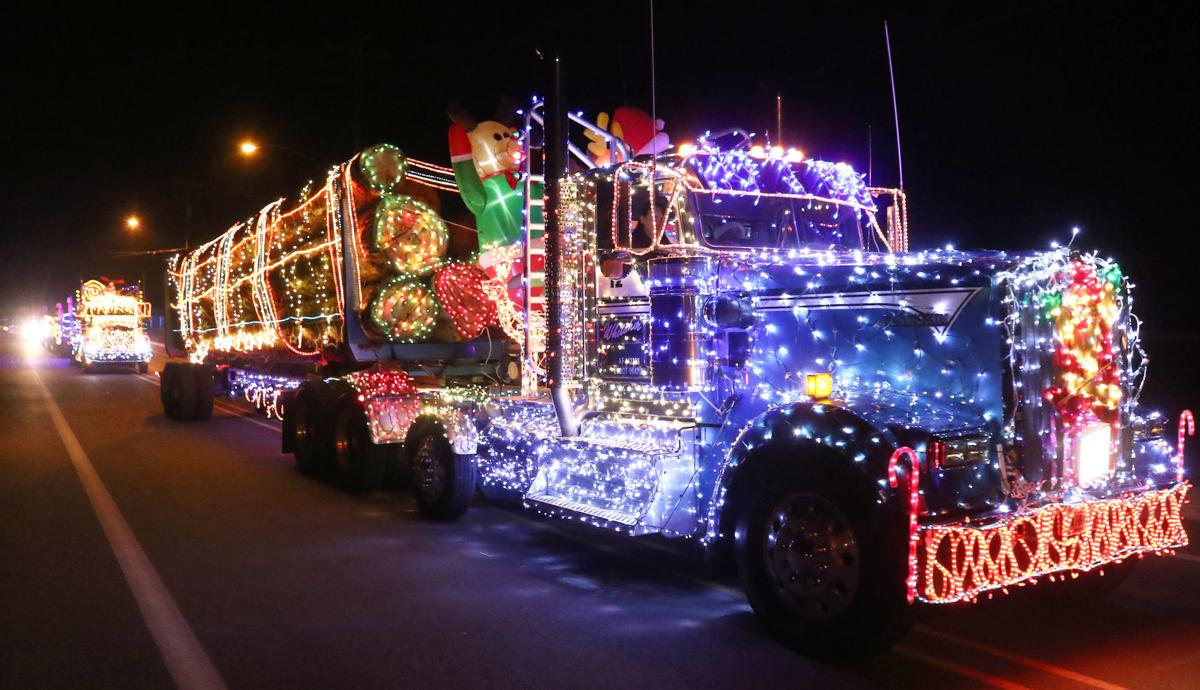 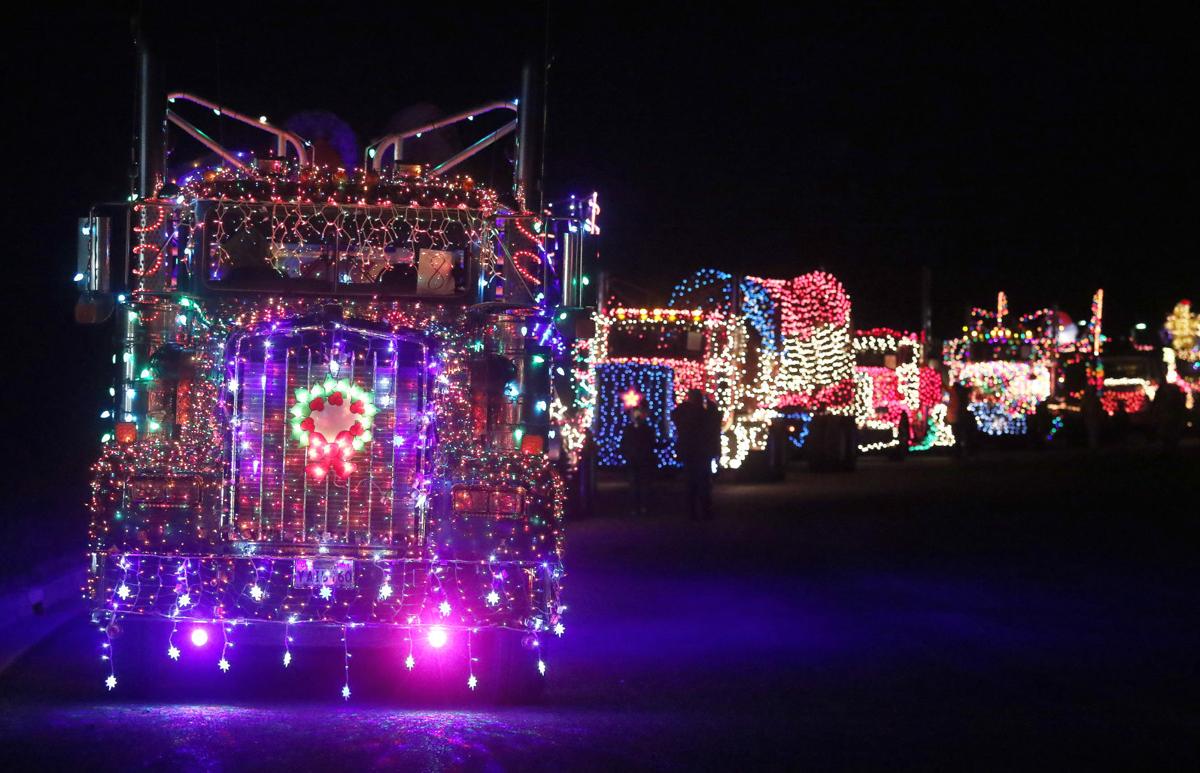 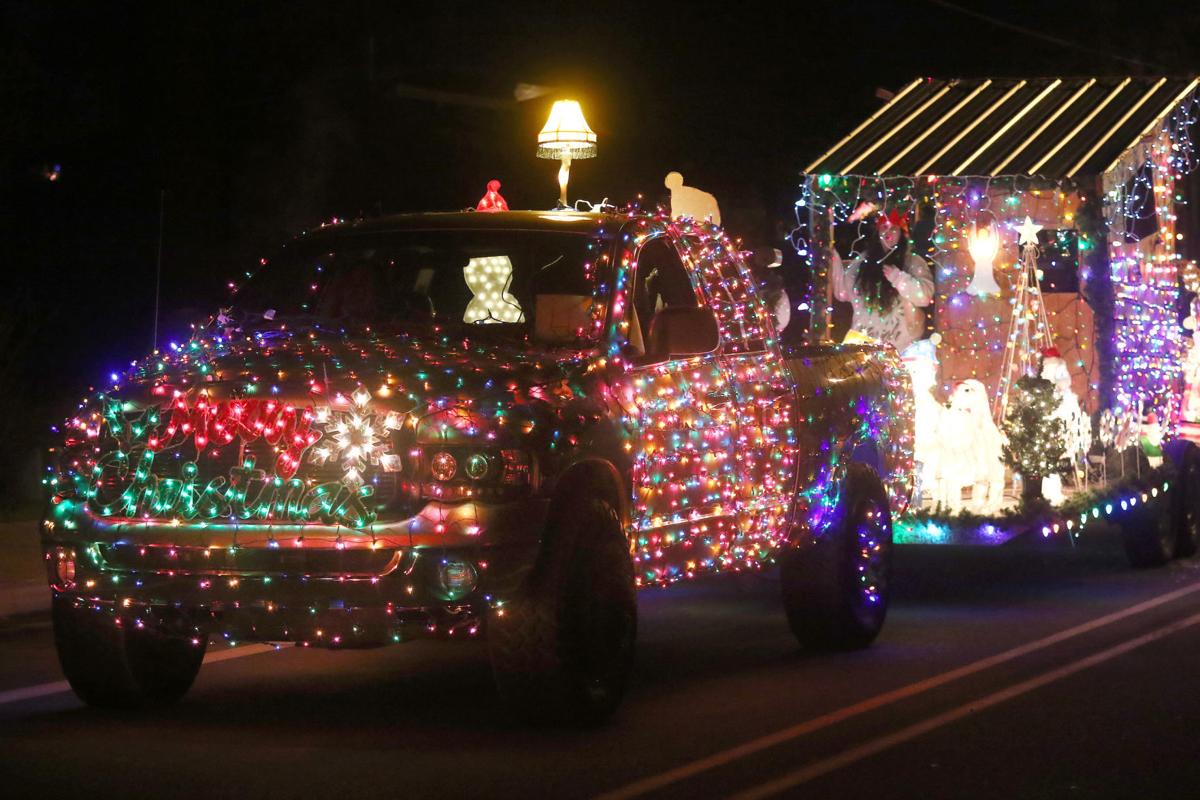 Trucks illuminated by holiday lights line up at the start of the Sutherlin Timber Town Toy Land Electric Light Parade in Sutherlin.

The parade begins at 7 p.m. It will head south on Taylor Road to Comstock Road, north to Central Avenue and then east to Central Park. Organizers urge spectators not to set up on Taylor Road, as it will only be used for staging.

“It’s bringing Christmas to Sutherlin. If you go down the street and you see the faces of the kids as the parade goes through town, there’s no way to replace that,” organizer Duane Waller said last year.

Waller said it takes the whole community to put together the parade. The event is organized completely by volunteers and funded by community sponsors. The 2018 parade had 28 sponsors, who raised $4,400, and more than 40 entrants, making this the biggest one Waller had seen since he became involved with the parade in 2006.

This year’s theme is “Christmas Vacation.” Participants are not required to incorporate the theme in their design. In fact, the only real criteria is lights.

“All you have to do is put lights on your float and decorate in good faith,” said Waller of the criteria for entries. “There’s no charge to enter and there are cash prizes.”

Entries can win in four categories: best of theme, nonprofit, commercial and Santa’s favorite. Cash prizes will be awarded during an awards presentation in the Community Building, 150 N. Willamette St., at the end of the parade.

Chad Hill of Smalley Trucking, one of last year’s participants, said it takes six to eight people about 20 hours to cover a flatbed truck and trailer combo. Their float was decorated with a Harley-Davidson motorcycle pulling a sleigh. Hill said Smalley has been entering the parade for three or four years now, and it’s a lot of fun.

Mike Schmidt, who helped decorate the Smalley entry said it’s all about “spreading the Christmas spirit.”

Sutherlin Family Church took first place for best of theme last year. According to administrative director Crystal Cunningham, the church has been participating for around five years.

“We do it to support the community. We are really invested in Sutherlin as our community and we want to participate and help the community come together,” Cunningham said. “We like that that is what the parade does and being able to see everyone out in the street. Being able to bring a little bit of fun is important to us.”

Cunningham says it takes weeks to gather all the materials and a small army to build their float. This year’s float theme is still yet to be decided, but the group intends to keep with the event theme.

“It’s a couple weeks of preparation of gathering materials, at least, and then actually putting the float together depends from year to year. This year might be a little more intensive,” Cunningham said. “We usually have dozens to help with the little to bigger jobs.”

Participant registration will start at 5 p.m. at the intersection of Hastings Avenue and Taylor Road. Entries must be lined up by 6:30 p.m. in order to be judged, with the parade starting at 7 p.m.

It's a special design for the holiday, the light is so beautiful / thiết kế nội thất căn hộ studio