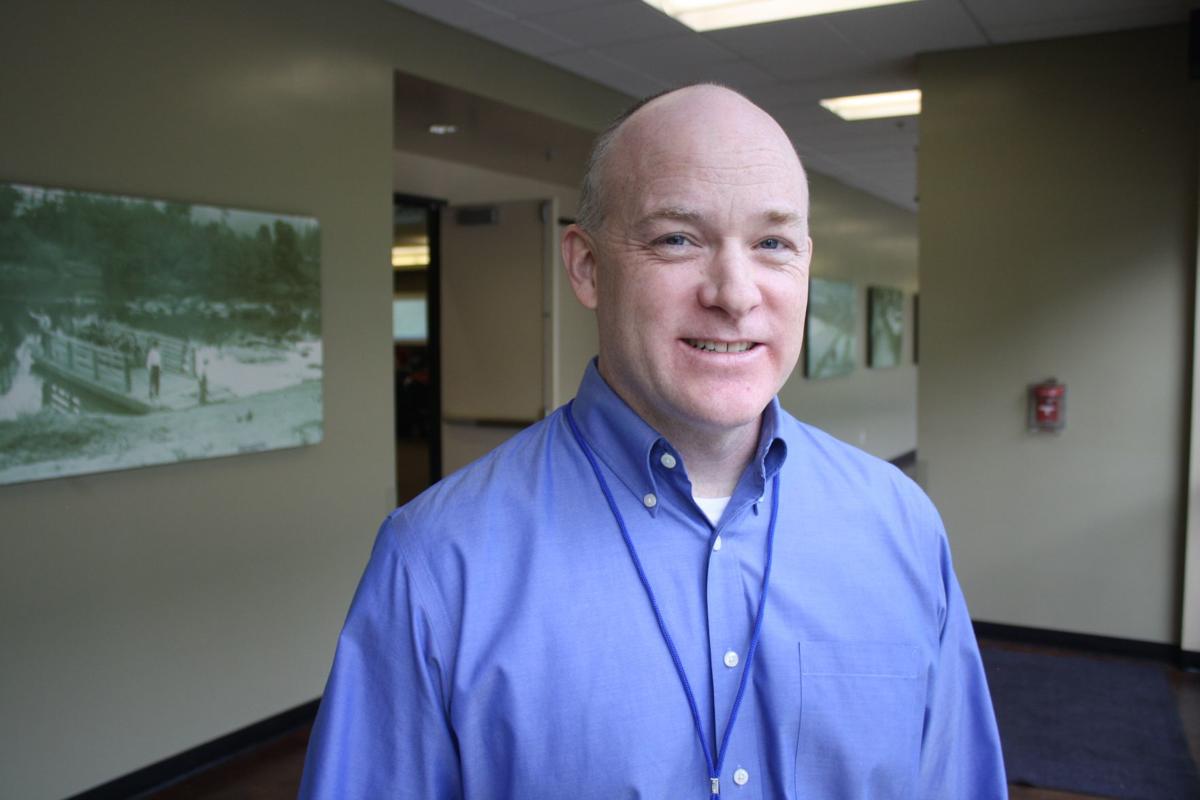 Kevin Cuccaro, doctor of osteopathy from Corvallis, addressed the HOPE Summit at the Douglas County Fairgrounds in Roseburg on Wednesday. It was an event designed to help health professionals and community members find ways to deal with the opioid crisis in the county. 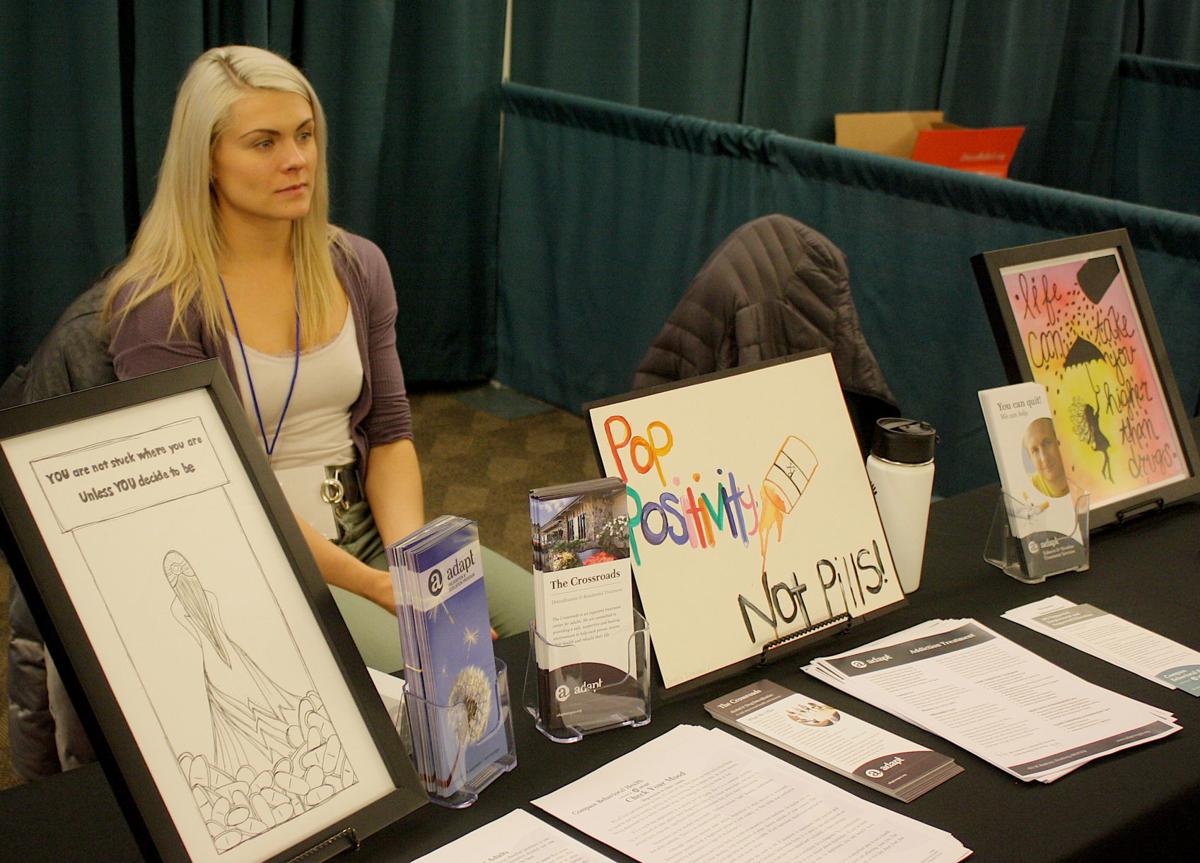 Hannah McKay, prevention professional at Adapt in Roseburg, distributes information about opioid addiction and treatment at the HOPE Summit at the Douglas County Fairgrounds on Tuesday.

Kevin Cuccaro, doctor of osteopathy from Corvallis, addressed the HOPE Summit at the Douglas County Fairgrounds in Roseburg on Wednesday. It was an event designed to help health professionals and community members find ways to deal with the opioid crisis in the county.

Hannah McKay, prevention professional at Adapt in Roseburg, distributes information about opioid addiction and treatment at the HOPE Summit at the Douglas County Fairgrounds on Tuesday.

With the opioid epidemic raging on in Douglas County, public health officials decided to organize a summit to address the problems surrounding opioid addiction and chronic pain, and how the community is working together to combat the epidemic.

On Tuesday, a dozen experts on the opioid epidemic in Oregon spoke to an audience of about 150 people at the Douglas County Fairgrounds at the HOPE Summit. Organizers said more than 200 people registered, but many may have been kept away by the snow and ice.

The event was supported by the Oregon Health Authority and funded by the Centers for Disease Control and Prevention, and was organized through the Douglas Public Health Network. The OHA offered the funding to the county and the DPHN took on the project to organize the summit.

“We really wanted the community to learn how they can be involved in helping with the opioid epidemic and what they can do, and it was for people that just want to become involved, and also for medical practitioners so that they learn a little bit more about it,” said Christin Rutledge, the program manager for the Douglas Public Health Network.

Rutledge said Douglas County doesn’t always get the educational resources it needs, so this was a chance to give local people the opportunity to learn from experts.

The health network and the Douglas County Opioid Task Force put together a list of speakers from around the state to talk at the event.

One of those speakers was Kevin Cuccaro, doctor of osteopathy, of Corvallis. He is a pain specialist who is on a mission to transform society’s understanding of pain and improve treatment outcomes.

“My number one message is that we need to start thinking about pain and align that with modern neuroscience,” Cuccaro said. “Once you understand how pain is constructed, it dramatically changes things and just opens doors.”

“It’s frightening when someone walks in and says you can’t be on this medication anymore,” Cuccaro said. “But it’s a lot different when you say this medication has a lot of associated harm with it and you say, ‘I’m taking you off of these medications because I care about you.’ But you have to have physicians and prescribers that understand the reasons why.”

Cuccaro said he looks for the major contributors to the pain, so he can find a way to address those issues.

The keynote speaker, Sam Quinones, a former reporter for The Los Angeles Times, and author of a book called “Dreamland: The True Tale of America’s Opiate Epidemic,” was not able to make the summit, but was able to appear by video and talked about his experiences in covering immigration, drug trafficking, neighborhood stories and gangs while he was a freelance writer and living in Mexico.

The attendees got an update on opioid use in Oregon from Laura Chisholm, manager of the Oregon Health Authority.

Training was also provided for administering Narcan, a medication administered to block the effect of opioids in an overdose.

Local health organizations and other groups set up booths that distributed information on opioid addiction.

Rutledge said she feels that Douglas County is making progress and she hopes people took away from the summit that there is hope for the community.

“Our prescribing rates are down, our doctors are doing an amazing job,” she said. “We have seen an increase in fentanyl, but I see community bonds. We’re doing a great collaboration with the hospital, with Adapt, with HIV Alliance, so people are really working together and that’s something I’ve seen grow stronger in the last two years.”