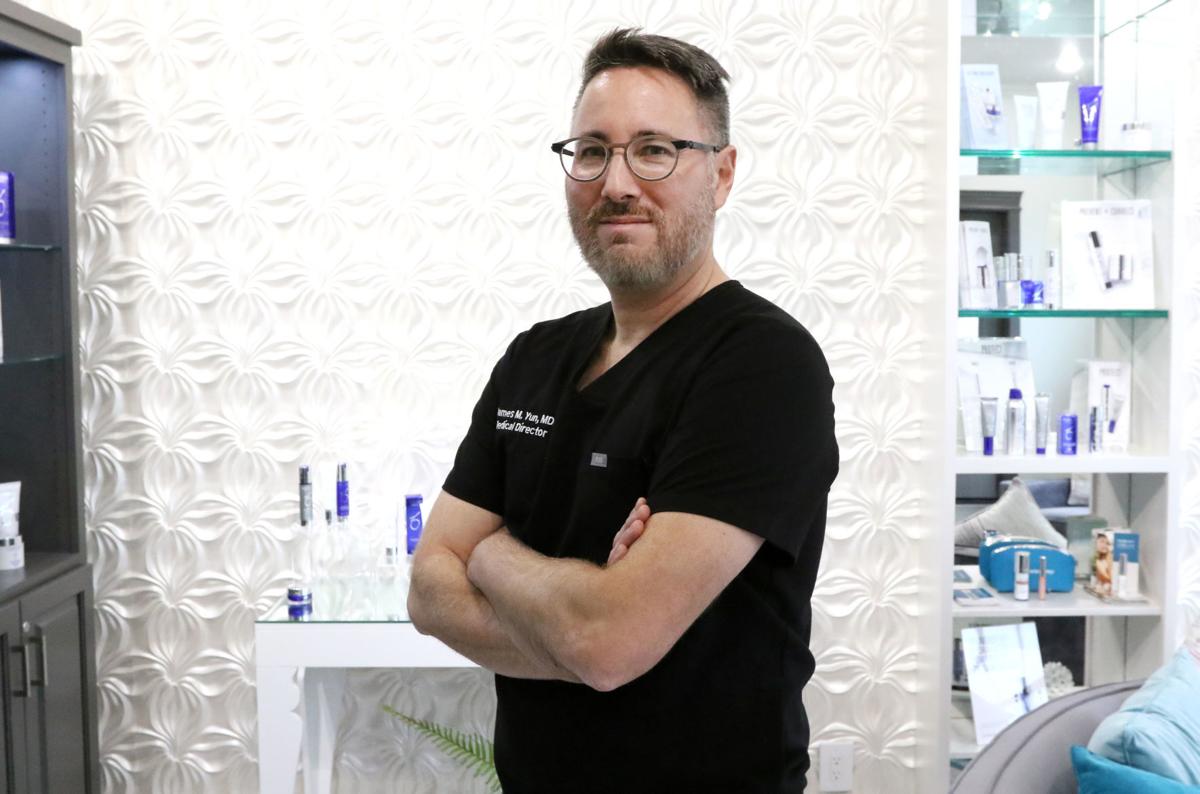 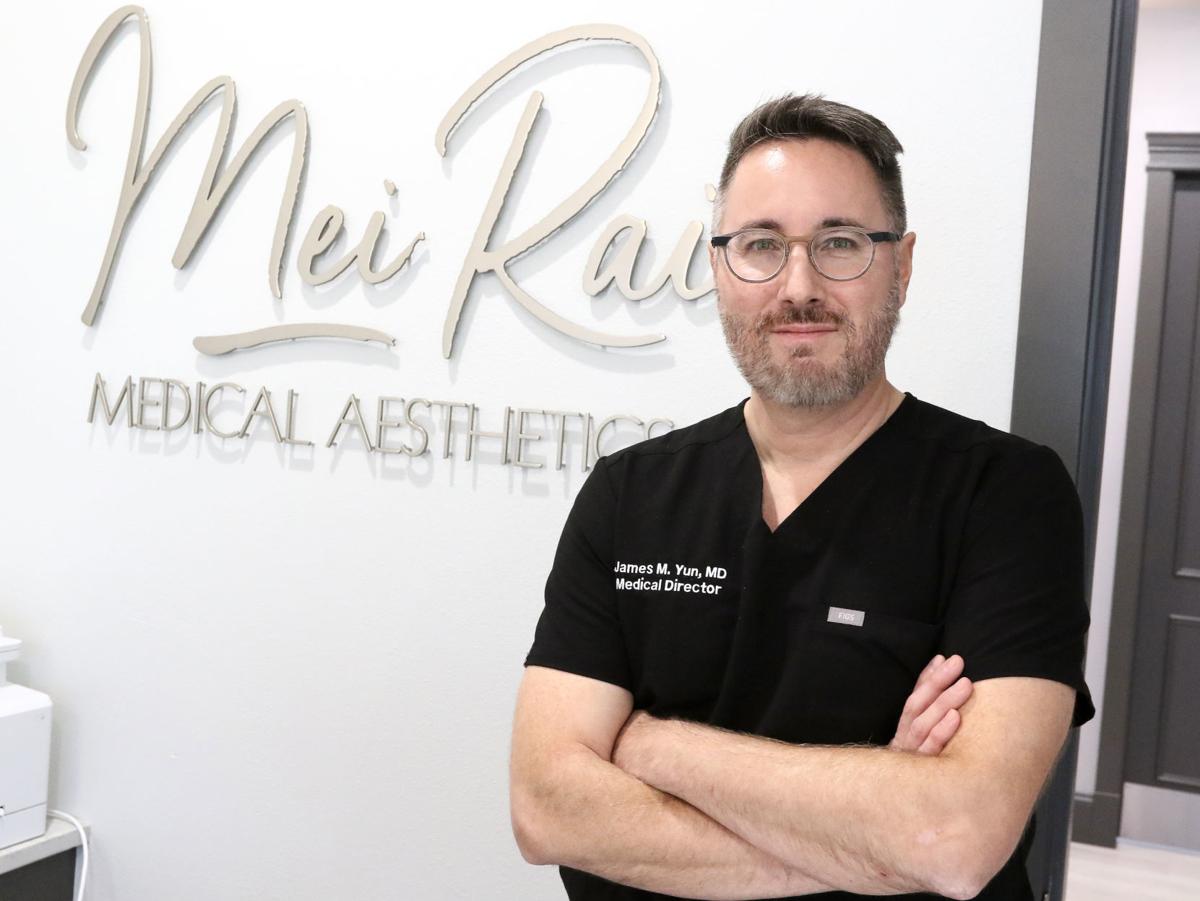 The new medical boutique spa in Roseburg, Mei Rai, smells like eucalyptus and has a sparkling-clean modern interior.

Dr. James Yun, an ENT-otolaryngologist in the other half of the building at 2423 Troost St., Roseburg, popped over to visit his wife and spa director, Nikki Yun.

James Yun’s eyes got big as the delivery man barely made it through the door with a stack of packages.

Excitedly, Nikki Yun told her husband that they were glasses for the spa’s grand opening party happening Thursday. James Yun settled into the plush lobby couch and smiled while shaking his head.

After 23 years of marriage, the Yuns have encountered a few surprises along their career paths — and now as business partners.

The first unexpected turn of events happened in 2017 when James Yun took over the private practice, ENT Associates of Roseburg, that he and Dr. Carl Schreiner had been working at together for 11 years.

“I didn’t really take it over — it dropped in my lap,” James Yun said. Schreiner resigned after a medical diagnosis.

James Yun immediately started recruiting and making sure the practice was meeting the community need. At the same time, he and his wife were continually having discussions about what to do with the vacant space in the other half of their practice’s building.

“We weren’t renting it and I just always felt like it was a spa in a box,” he said.

Only six months after Schreiner left, the Yuns decided to transform that space into a medical spa focusing on natural-looking facial aesthetics.

“It had always been on my mind because a fair amount of my residency involved facial plastic surgery,” James Yun said. He added that around the same time there was this whole new field of medical aesthetics without surgery taking off.

Mei Rai’s natural medical facial aesthetics includes Botox, or what they like to call wrinkle-relaxers, waxing, chemical peels, dermaplaning, dermal fillers, and what they said is the most popular facial treatment in the country — the HydraFacial.

“Everything we do is medical. It has a purpose in terms of getting a change in the patient. It isn’t just a day to feel good — although it is relaxing — everything we do has a long-term affect whether it is looking younger, better skin, etc. And everything we strive for is a natural look,” James Yun said.

With the physical connection between the spa and Dr. James Yun’s practice, as well as his new ENT hire, Dr. Randall Loch, he is able to be an onsite medical director which is very uncommon for medical spas. It also has meant he and his wife, Nikki Yun, are seeing each other much more often.

“You know, being ‘business partners’ has its challenges, but I think it’s making our marriage stronger because of the shared experience. Success or failure, we know that each of us has given this endeavor our best,” Nikki Yun said.

“I love it, I really do enjoy it,” James Yun said, with his face lighting up.

The couple are not only involved in running a practice and medical spa, they also have five children from ages 21 to 9 and are busy with their activities as well as their church.

The Yuns spend a lot of time on the board and with fundraising efforts at the Geneva Academy where their younger children attend school.

Nikki Yun expressed how important it is to the both of them that they invest in the community that they love so much.

“Giving back to the community is important, and with this we are able to give back in the way we can. We love what we are doing here, and it is a huge commitment,” she said.

James Yun agreed with Nikki that the spa is one of a kind in Roseburg.

“It is something that is completely unique to Roseburg — no one puts it all together in a package that combines experience, beauty, and medical quality that we are trying to achieve. We want to do something that elevates the quality here — something that people don’t expect.”

The Mei Rai grand opening party will be held 4 to 8 p.m. Thursday, 2423 NW Troost St., Roseburg, and will feature demos, giveaways, drinks, and a Q&A with James Yun.

Brittany Arnold is the special sections and Douglas County Family editor and can be reached at 541-957-4210, barnold@nrtoday.com.