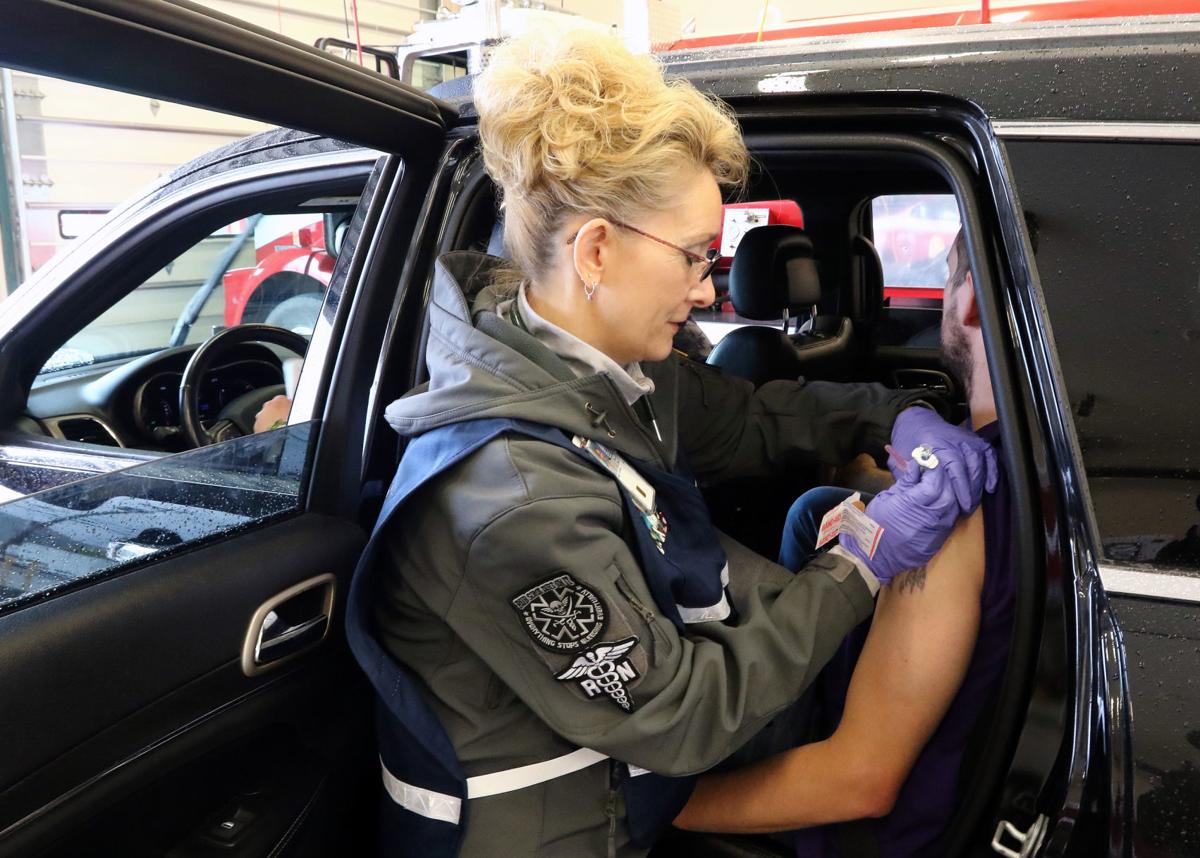 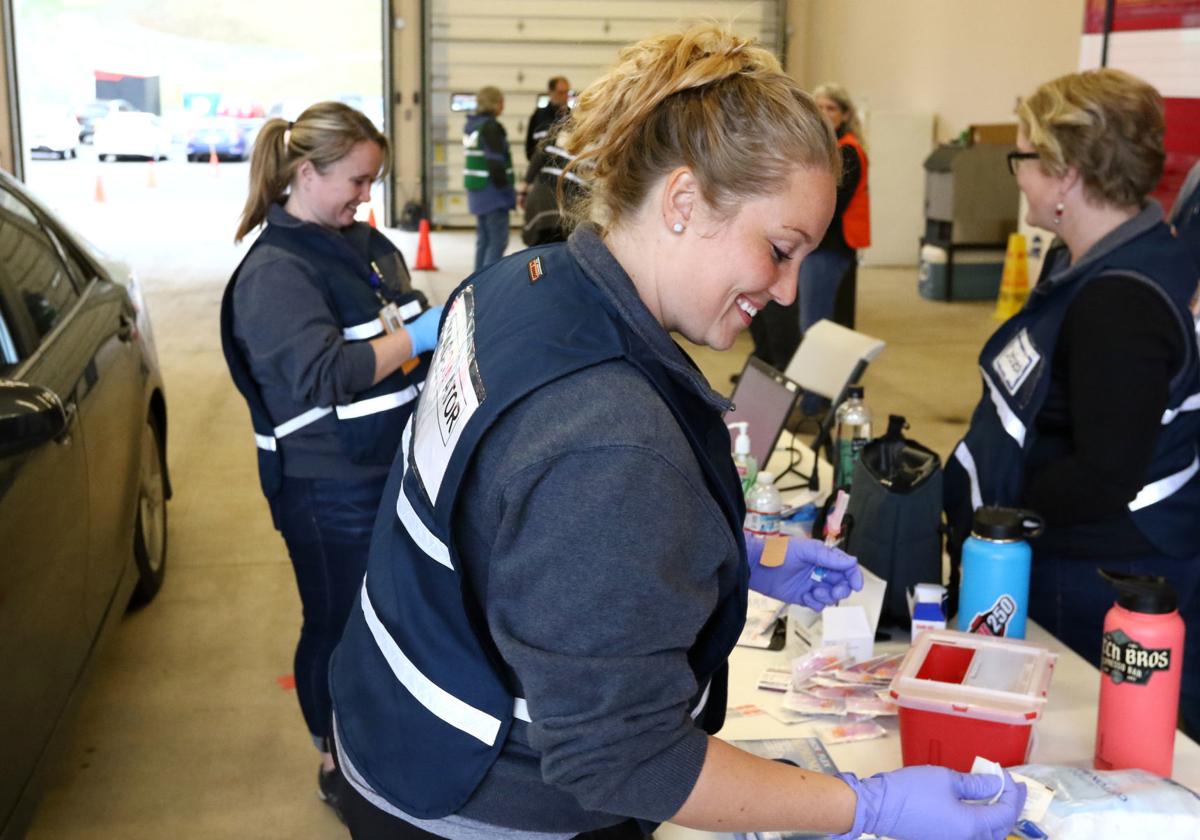 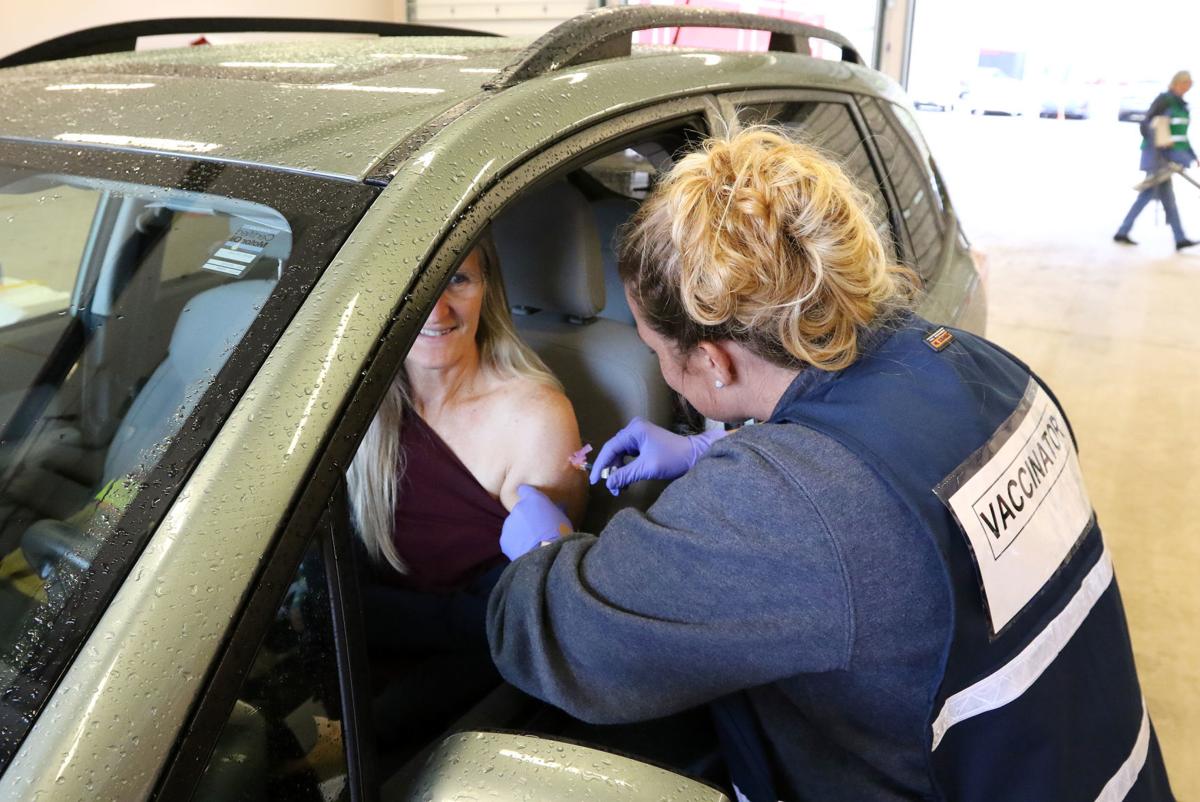 UCC nursing student Lynn DeAngelo said she was surprised by the number of people who showed up for the event, which was a record high.

“It’s an amazing set-up for a rural community,” UCC student Kelsey Rodgers said. “The easier you make it for people, the more they take advantage.”

Julie Jacobson, who works for the State Emergency Registry of Volunteers in Oregon, said “I’m happy with any number of people that want to come, because we know how important it is.”

Douglas Public Health Network Epidemiologist Bailey Burkhalter said there were about twice as many people as last year, which she credited to the outreach that was done this year.

Volunteers from Red Cross, CHI Mercy, UCC nursing school and other medical professionals were on hand to vaccinate.

“It feels good to do something good, and it helps to be more well-rounded,” Jacobson said. “You get to work with other people in the medical field and come together.”

In addition to providing the community with protection from influenza, the event also served as an exercise for the health care professionals.

In case of widespread disease or other emergency, Dr. Bob Dannenhoffer, public health officer for the county, said it may be necessary for local health organizations to dispense large amounts of vaccine, antibiotics or other medicine to the community and this served as a training.

“It’s part disease prevention and part preparedness,” Dannenhoffer said. “Every year it goes a little smoother than the year before.”

Volunteer Dayna Kaney said networking is important in the medical field, because you’d know who to reach out to in case of a natural or national disaster.

“For me personally, if you have the skill set, use it if you can,” Kaney said. “It makes me feel better to make somebody else feel better.”

This was the third time the event was held at the Tri City Fire Department.

Dannenhoffer said there were 400 doses of the vaccine available and the doses not used would be brought to the North Douglas County Free Flu Shot Clinic.

Ask the dietitian: Stocking up during the coronavirus