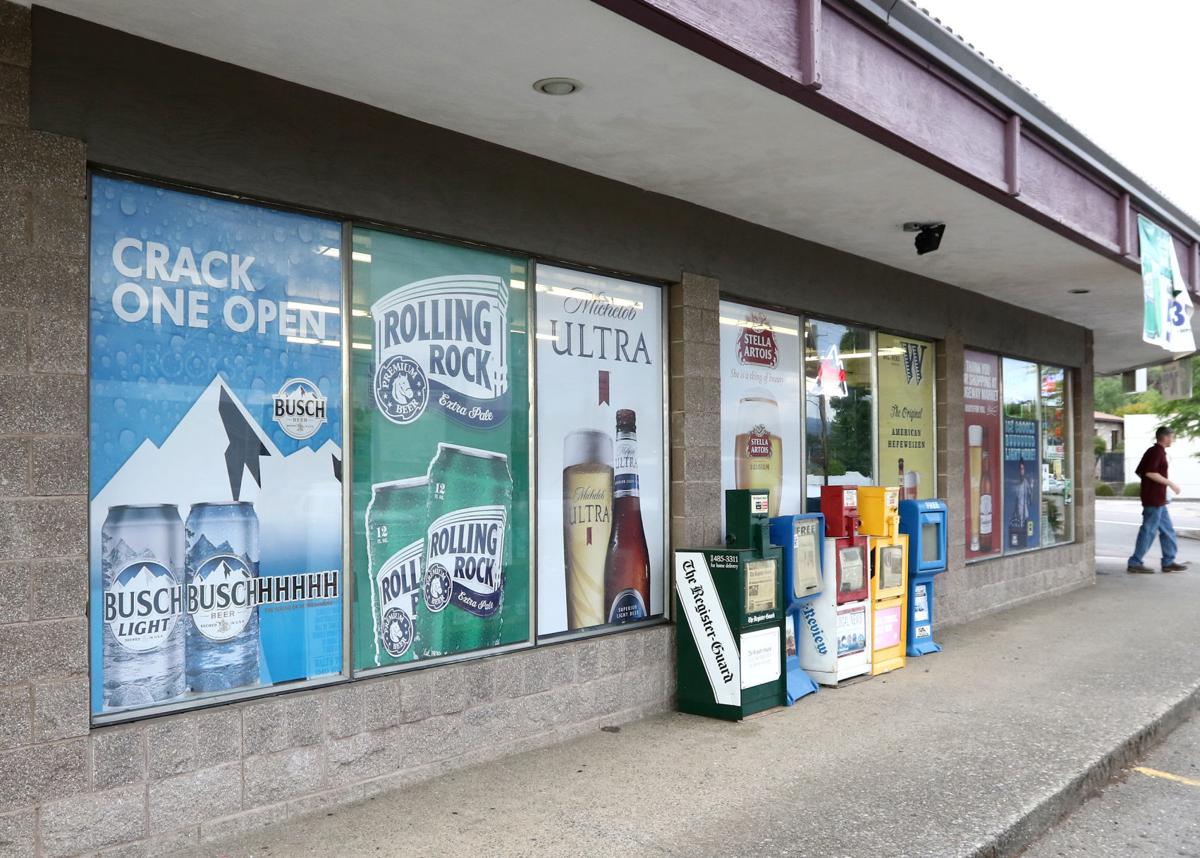 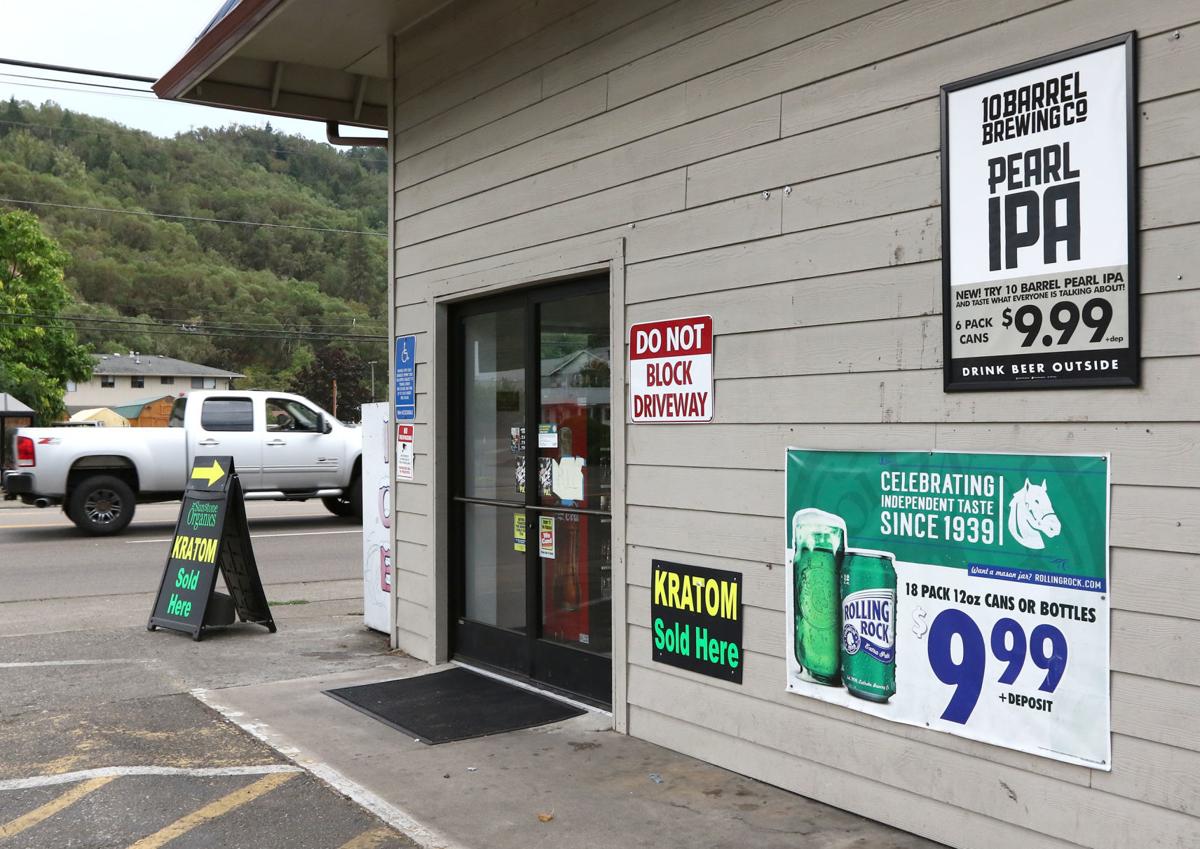 Displays advertising alcoholic beverages posted near the entrance to Anderson Market and Deli in Roseburg on Thursday. 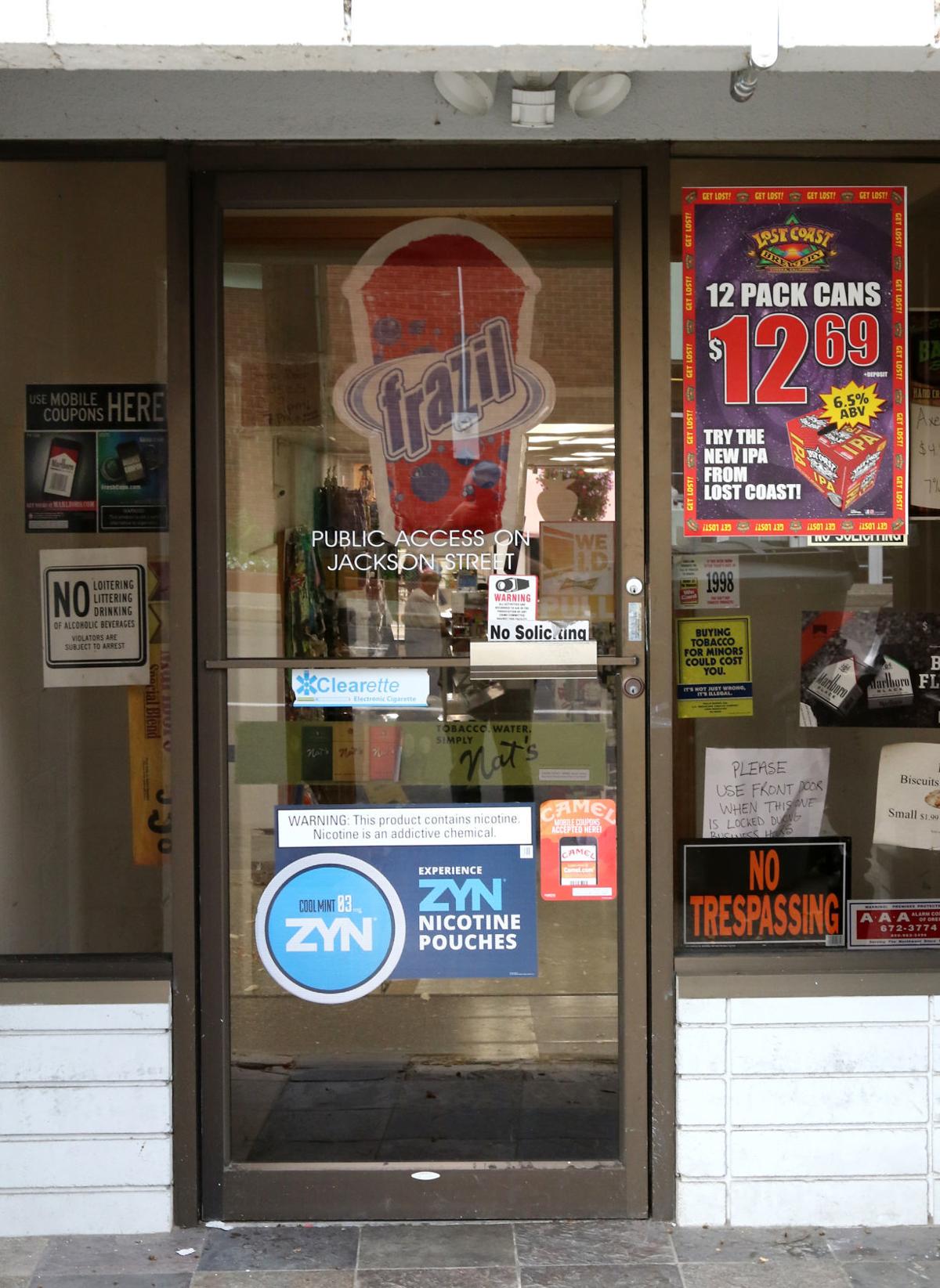 Displays advertising alcoholic beverages and tobacco products posted at Downtown Market in Roseburg on Thursday. A survey released this week shows there is a high number of stores that target tobacco and alcohol marketing at youth and low-income individuals.

Displays advertising alcoholic beverages posted near the entrance to Anderson Market and Deli in Roseburg on Thursday.

Displays advertising alcoholic beverages and tobacco products posted at Downtown Market in Roseburg on Thursday. A survey released this week shows there is a high number of stores that target tobacco and alcohol marketing at youth and low-income individuals.

A recent survey of tobacco and alcohol retailers in Douglas County shows that a high number of stores have advertising that targets youth and low-income people.

The survey, which was released this week, is the product of the work compiled by the Adapt Prevention and Education program, the Douglas Public Health Network and the Oregon Health Network and sought to find out how heavily tobacco and alcohol are marketed in the county. Out of the 138 retailers in Douglas County, 50 were assessed in the survey. The data was examined by analysts last winter from the Oregon Health Authority in the Public Health Division Health Promotion and Chronic Disease Prevention Section.

A release from the Douglas Public Health Network said the findings in the report indicated that tobacco and alcohol industries spend hundreds of millions each year to market products in Oregon communities. Most of the money is spent on convenience stores, grocery stores and other retailers where people, including youth, shop daily for food and beverages aiming mostly at teens and young adults.

Douglas Public Health Officer Dr. Bob Dannenhoffer said Douglas County was similar to the rest of the state and the advertising appeared to be aimed at teenagers.

“It’s at their physical level as well as their reading level in flavors and things that appeal to kids,” Dannenhoffer said. “It doesn’t appear the advertising is for the 50-year-old smoker, but mostly to get kids started on it, so we think this assessment shows that they are advertising to get a new crop of smokers.”

The survey information showed at least one type of tobacco appeared on the outside of nearly 60% of the Douglas County stores that were surveyed. The report also said tobacco products were displayed near candy and toys in 14% of the retail locations, better than the state figure of 20%.

Discounted tobacco prices through coupons and other methods were offered by 64% of the retailers that were surveyed in the county. The survey showed that advertising for at least one type of tobacco product appeared on the outside of nearly 60% of Douglas county’s stores. Statewide, the average was just under 50% of stores that displayed those ads. Many times those ads led to a steady stream of indoor ads with big, colorful images at the eye level of children.

Advertising culminated at the register, where there were “power walls” of tobacco products that encouraged impulse buys.

“Not unexpected, but disappointing, because the hope is that over time, we would phase smoking out,” Dannenhoffer said. “But unfortunately, when people start it, it’s so much harder to stop than to just not start in the first place.”

Similar to tobacco, many alcohol retailers also displayed advertisements in areas appealing to youth. In Douglas County, nearly 62% of the retailers had advertising near candy or toys. The same trend was seen across Oregon, with more than 50% of stores statewide displaying such advertising.

“We’ve been well aware of how much alcohol and tobacco have been marketed to especially our most vulnerable community members,” said Cati Strempel of the Adapt Prevention and Education program. “The assessment provides our community with valuable information that can be used to further enrich collaboration to protect our young and most vulnerable.”

Strempel said the survey can be used as a roadmap on how to partner together with retailers and create a healthier Douglas County.

Dannenhoffer said the information will allow tobacco retailers to be more health-conscious and work with them to recognize that they are not just catering to current smokers, but encouraging young kids to start.

“So we’re really hoping to work on a collegial basis to see if we can slow down some of that start,” Dannenhoffer said.

Dannenhoffer said it was encouraging to see that some stores had already made some moves to encourage buying healthier foods.

“I keep everything back (tobacco products), all my stores, the same thing, I have no signs and I never do that kind of thing, everything behind the counter,” said Major Johal, owner of three convenience stores including the Colony Market in the Hucrest area.

Dannenhoffer said vaping is also becoming an issue with a lot of questions still unanswered regarding the effects of the chemicals that are breathed in. Dannenhoffer said a recent report by the Oregon Health Authority of a middle-age person in Oregon who died from a severe lung illness that may be related to vaping and the vaping device contained cannabis.

“Putting this stuff in your lungs is just dangerous. We don’t know if it’s chemicals that are causing trouble or it’s a cumulative but these are really scary,” he said.