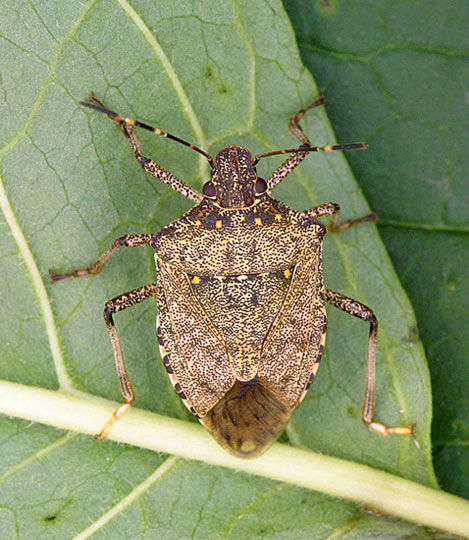 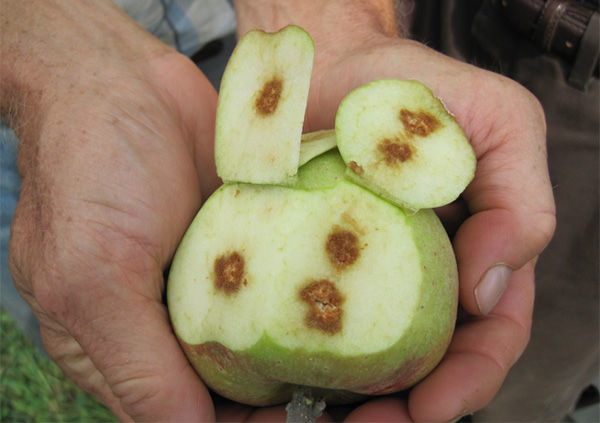 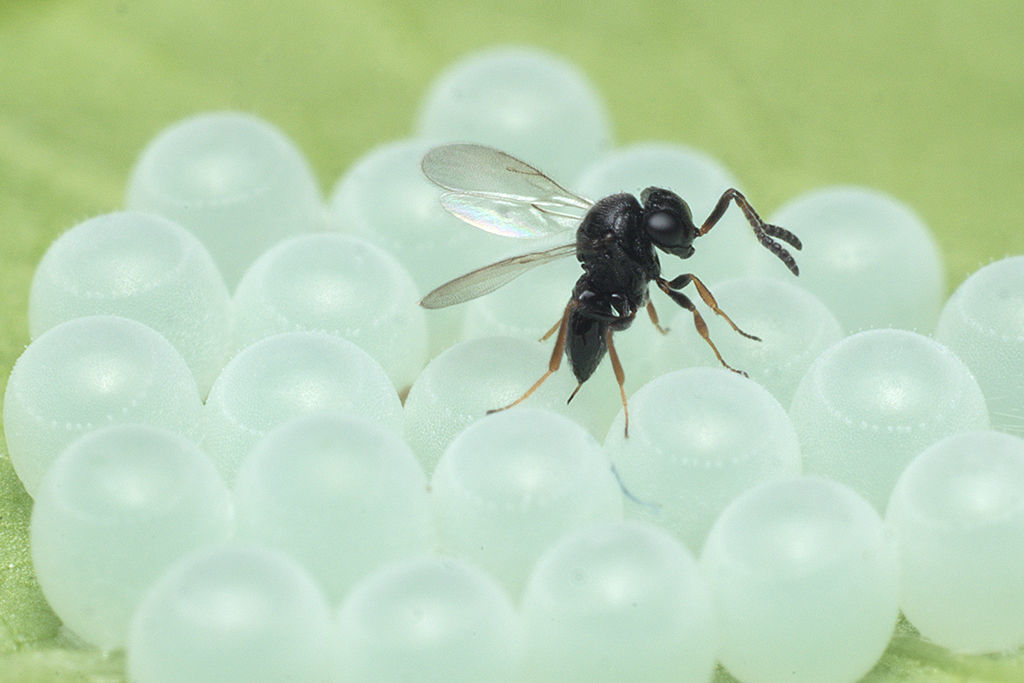 The samurai wasp are stinger-less and are no threat to humans, but are a natural enemy to the brown marmorated stink bug 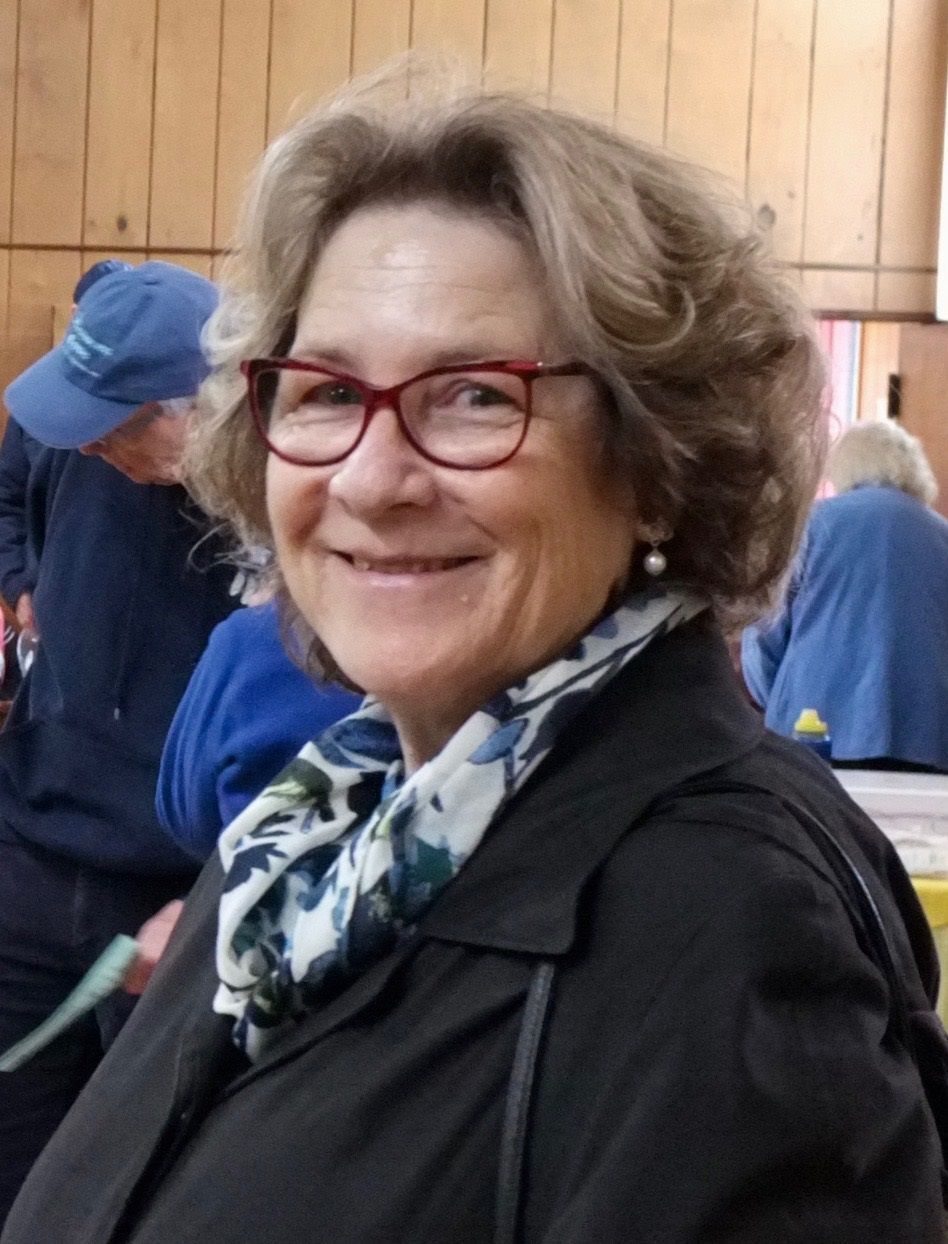 Question: I’ve heard about a new stinkbug that is causing lots of damage to gardens. Can you tell me about it?

Answer: The brown marmorated stink bug, BMSB for short, is an invasive insect and not native to North America. It was accidentally introduced into eastern Pennsylvania from east Asia and first collected in 1998. It is a member of the order Hemiptera (true bugs) and belongs to the family Pentatomidae (stink bugs).

The bug has been found in 44 states and four Canadian provinces and first arrived in the Portland area around 2004. Today it is present in most Oregon counties and can be abundant in urban, rural and natural areas.

For homeowners, the BMSB is mainly a nuisance pest, as it instinctively looks for protected areas in which to over-winter. In homes, this can cause homeowner distress as the insects tend to amass in late August on the outside of buildings looking for a way to get in.

In addition to this searching instinct, they also are attracted to lights and will secrete an odor that attracts more of its kind to the area, compounding the problem. The insects do not lay eggs in the house nor multiply in structures. In spring, adults leave the over-wintering site and seek potential host plants.

The BMSB is, however, a serious agricultural pest and voraciously feeds on a wide range of tree fruits and ornamental plants as well as many vegetables including tomatoes, beans and corn. The insects feed by inserting their stylets into the fruit, pods, buds, leaves and stems of plants.

Injury to tree fruits and fruiting vegetables appears as discolored and sunken areas. Apples will bear conspicuous brown corky areas beneath the skin; stone fruits may have an internal breakdown of tissue.

Identification is critical, as other stink bugs can be mistaken for the BMSB. The invasive stink bug is a grayish brown shield-backed bug about 2/3 of an inch long and 1/3 of an inch wide. Adults have “smooth” shoulders and the rear edges of the body have a white and dark pattern (thus “marmorated”).

A key natural enemy of the brown marmorated stink bug has also made its way from Asia to the United States, giving hope for effective and economical biological control of this pest. It is the egg parasitoid Trissolcus japonicus, also known as the “samurai wasp.”

These Asian wasps are stinger-less and are no threat to humans. The female wasps seek out BMSB egg masses and they lay their own eggs inside. Instead of BMSB nymphs hatching from the eggs, a new set of wasps emerge.

Other natural enemies that attack BMSB include some species of insects, spiders and even some birds and mammals. Research is still being done to identify insecticides that might effectively control BMSB.

Researchers are still accumulating data about the invasion of BSMB in the eastern and southern part of Oregon. Reporting sightings help document and gain useful insights about the pest environmental associations, observation timing and commodity attacks.

Hardy trees for your landscape