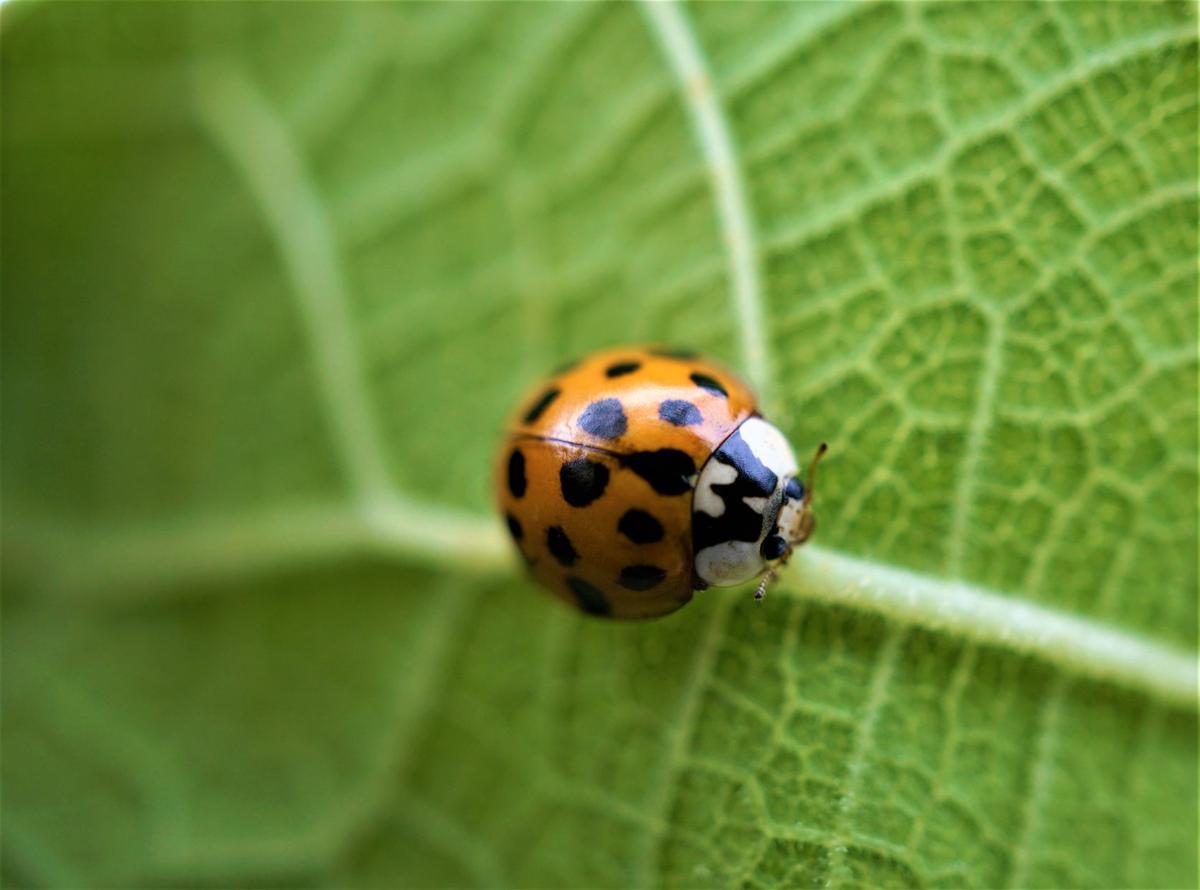 Non-natives Asian lady beetles look very similar to the native ladybug but it is generally larger and is highly variable in coloration and patterning. 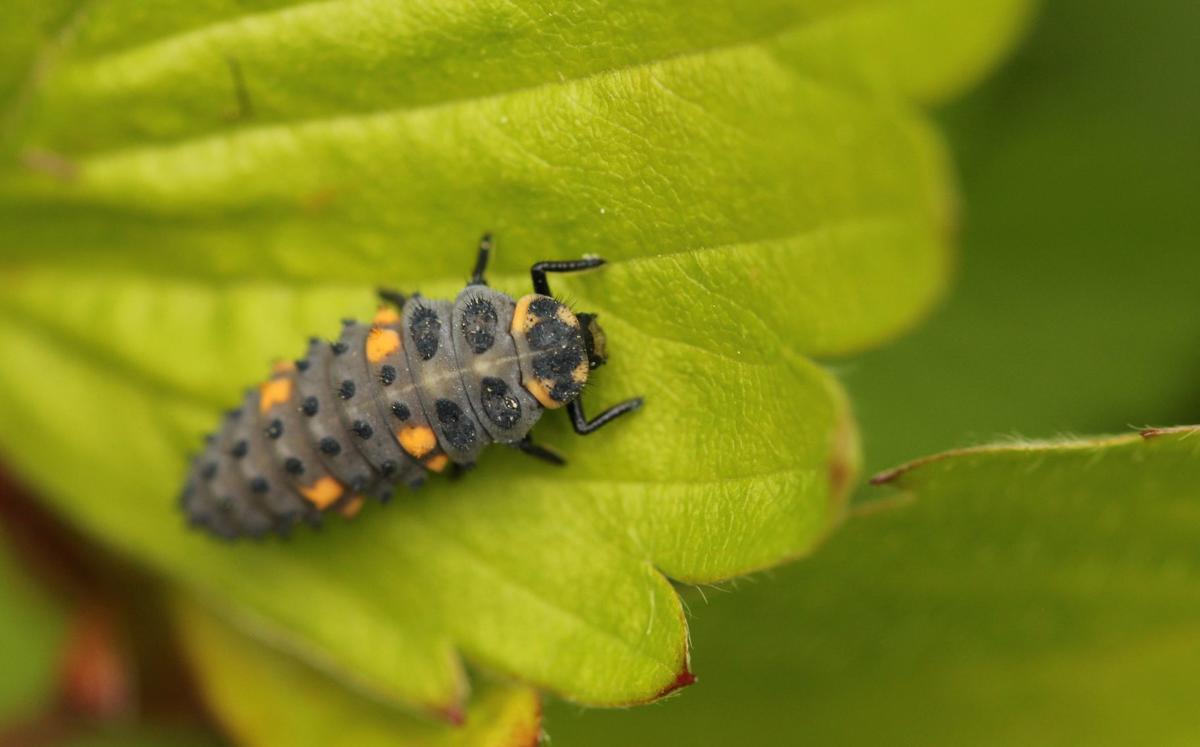 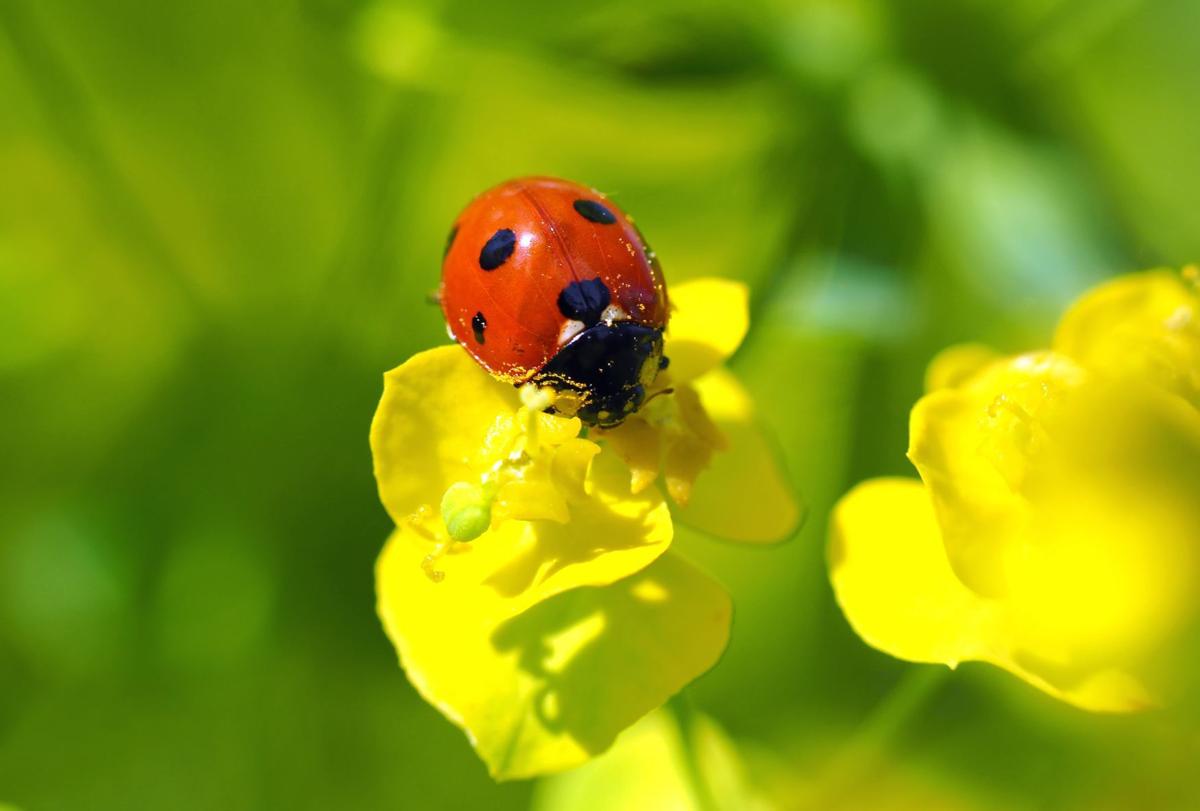 Adult lady beetles are small, round to oval and dome-shaped. The most familiar have black markings on red, orange or yellow forewings.

Non-natives Asian lady beetles look very similar to the native ladybug but it is generally larger and is highly variable in coloration and patterning.

Adult lady beetles are small, round to oval and dome-shaped. The most familiar have black markings on red, orange or yellow forewings.

Question: I’d like to use ladybugs in my garden as natural predators to help my flowers and vegetables. Is there a better color of ladybug to buy and how do they help gardens?

Answer: Lady beetles, ladybugs or ladybird beetles (Coleoptera: Coccinellidae) are some of the best known beneficial predatory insects with over 450 colorful species found in North America.

The most common native ladybug in Oregon is the Convergent lady beetle Hippodamia convergens, which are commonly sold by nurseries. Adult lady beetles are small, round to oval and dome-shaped. The most familiar have black markings on red, orange or yellow forewings.

Non-natives, like the multicolored Asian lady beetle (Harmonia axyridis), were originally introduced as a biological control agent starting in 1916 to control aphids associated with fruit and nut crops. It is also known as Asian lady beetle, Halloween lady beetle and Japanese lady beetle. It looks very similar to the native ladybug but it is generally larger and is highly variable in coloration and patterning.

Some beetles are highly spotted, while others have none. Colors may range from pale orange to a dark red. These beetles differ from other lady beetle species by a pair of white, oval markings behind the head that form a black M-shaped pattern. It is best known for its tendency to enter homes in the fall in large numbers, where they are a nuisance.

Any crop that is attacked by soft-bodied pest insects like aphids will benefit from these beetles. Lady beetles need to eat numerous aphids per day so that they can lay eggs. The Convergent lady beetle may eat its weight in aphids every day as a larva and consume as many as 50 aphids per day as an adult. Adult females usually lay clusters of eggs on plants close to aphid, scale or mealybug colonies. Spiny and black, the alligator-like larvae are also predators.

Unfortunately, the record for effective use of lady beetles released in a garden is typically poor. Lady beetles are collected from mountainous areas of the West Coast states where the beetles periodically migrate and aggregate in large masses when their normal prey is absent in the lower elevations. Since the beetles are highly dispersive, poised to migrate long distances from their collection areas, most beetles will simply fly away from gardens where they have been introduced.

Native lady beetles can be attracted to your garden by growing flowering plants that produce the nectar and pollen in the spring before the aphids they feed on become abundant. Avoid or reduce use of broad-spectrum insecticides and lady beetles can play an important role in managing some insect pests in your garden this summer.

Ask a Master Gardener: Raised beds vs. in ground gardening

The I can and I can’t brain — mindful parenting

Ask a Master Gardener: Solutions for poorly-drained areas in the garden

Ask a Master Gardener: Raised beds vs. in ground gardening