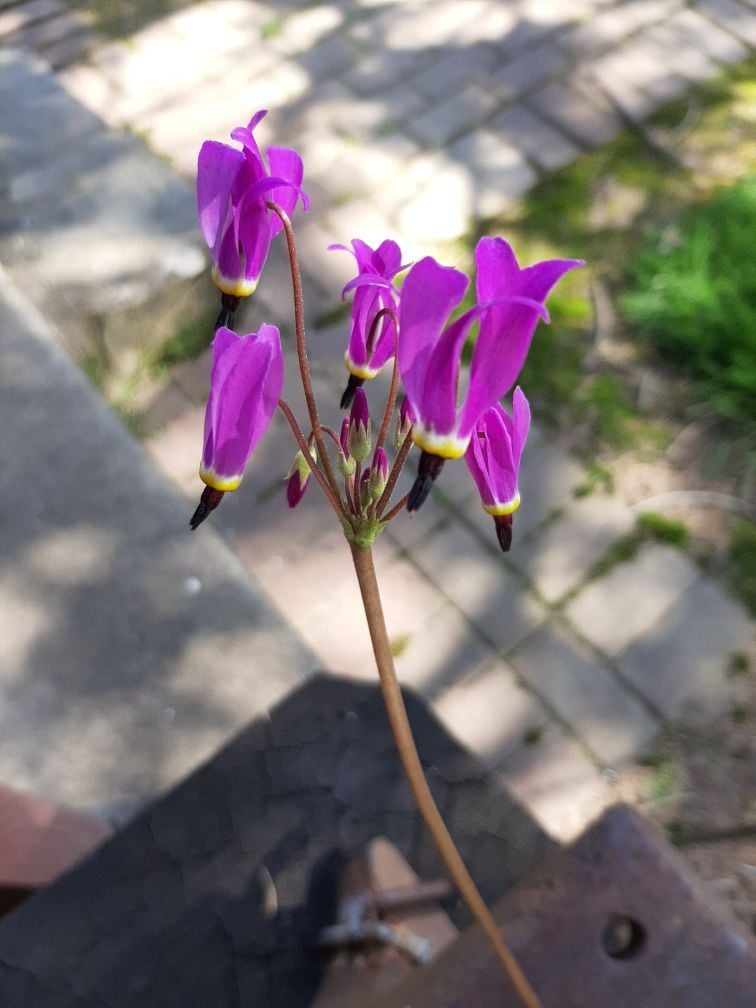 The spring blooms of the Shooting Star, which range in color from pink, magenta and white, only last a short time. 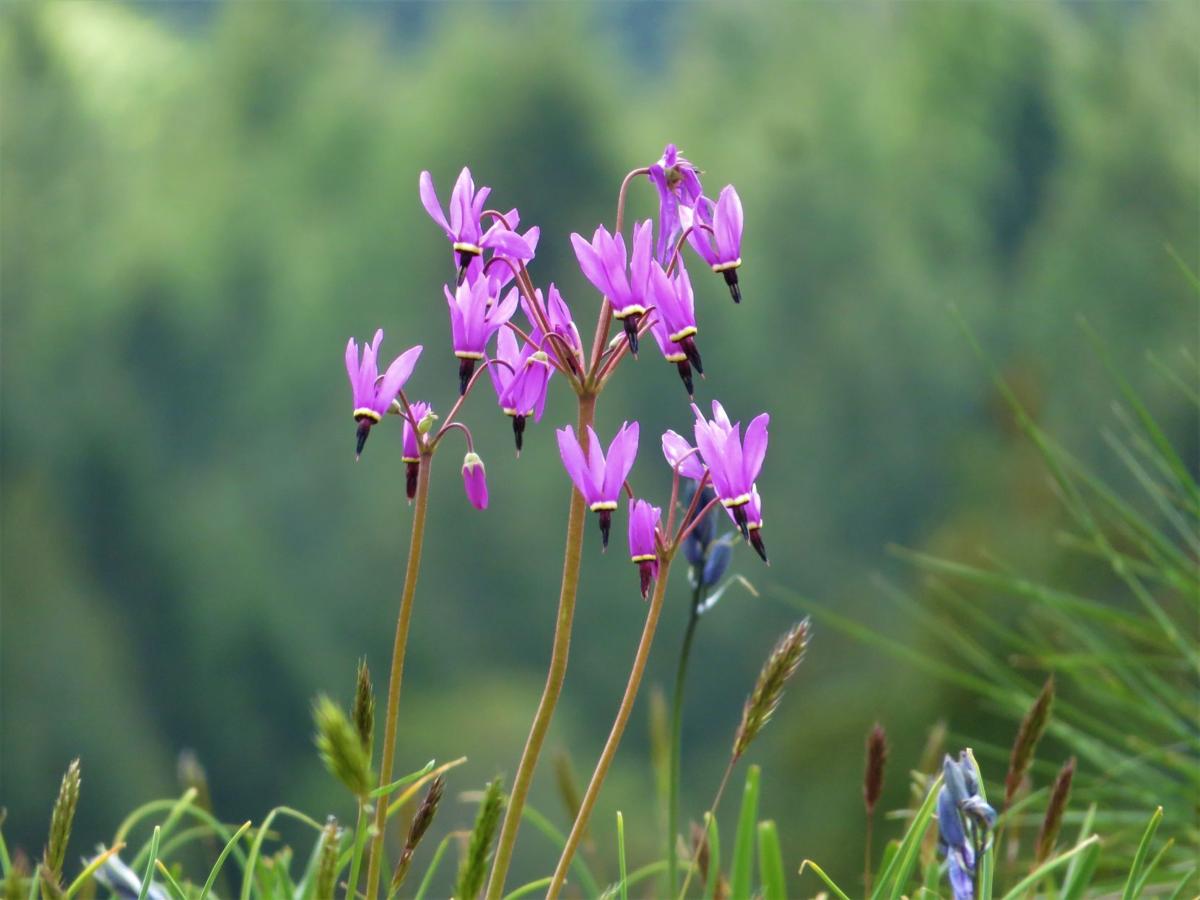 The spring blooms of the Shooting Star, which range in color from pink, magenta and white, only last a short time.

Question: It’s finally spring and we found the most beautiful wildflowers on our walk this morning. They look like wild orchids. Can you tell us about them and is it possible to grow them in our garden?

Answer: Shooting Stars are in a group of herbaceous perennials in the Primula family (Primulaceae). There are over a dozen species in the genus Dodecatheon, all native to North America, whose flowers are said to resemble shooting stars.

This perennial wildflower is a member of the Primrose family and its spring blossoms last but a short time. The plant goes dormant (the leaves disappear) by early summer after flowering.

In our region, Henderson’s Shooting Stars (Dodecatheon hendersonii) are a familiar and much-loved native, spring wildflower. They are widespread from British Columbia south into California. It grows at low- to mid-elevations within open woodlands, forest edges and grasslands.

Shooting Stars grow best in cool, moist and shady areas, but can tolerate full sun in cooler zones or full shade as long as the soil in spring is moist, but not wet. It tolerates clay soil, but prefers rocky, sandy or loamy, well-drained soils. While Dodecatheon hendersonii can handle the wet soils of the Pacific Northwest’s winter and spring, it needs to dry out a bit during the summer and fall. It does not need a lot of irrigation.

In March the plant emerges from dormancy with oval or spoon-shaped leaves. A few weeks later, a slim leafless flower stalk grows above the rosette of foliage, then four to five beautiful downturned flowers emerge.

Flowers vary from pink to magenta to white petals that are sharply recurved backward, similar in style to cyclamen. They resemble miniature colorful darts. Bright rings of white, yellow and maroon encircle the base of the fused petals, ending with a purple-black, pointed tip.

The flowers of shooting stars attract bumblebees and some other native bees to collect pollen, but not honeybees as the flowers do not provide nectar. Shooting Stars are virtually pest and disease free.

Shooting Stars naturally spread and colonize from the base and by self-seeding. However, gardeners can gather their seeds in the summer and plant in fall or early spring. Seedlings are difficult to grow, and mature very slowly, taking three to four years to flower. By division in autumn, bulblets can be carefully separated from their attached roots after flowering.

Use Shooting Stars in shady native plant, wildflower or woodland gardens, on a slope, or in a rock garden. They combine well with other native spring wildflowers including bloodroot (Sanguinaria canadensis), trillium (Trilium ovatum) and woodland phlox (Phlox divaricate). In ornamental gardens, place it near the front of beds and borders where the flowers can be easily viewed.

Few native wildflowers can compete with the Shooting Stars when heralding the beauty of spring.